Let me begin with a disclaimer- I am one of those ‘treacherous’ readers who prefers the Peter Jackson movie adaptation of The Lord Of The Rings to the books. Don’t get me wrong, the books are great, but they do tend to drag a bit.

So, it was with natural trepidation that I picked up J.R.R. Tolkien’s Letters From Father Christmas. To my (very) pleasant surprise, it was a thoroughly enjoyable and engaging read – be it the actual letters or Tolkien’s own wonderful illustrations, and I ended up reading it start-to-finish without a break.

In this book, Tolkien, posing as Father Christmas, writes letters to his young children from 1920 to 1943- some humorous, some short and a teeny bit snappy, and some poignant. They’re enjoyable when read without deep analysis, but even more so when we read between the lines and understand and witness the evolution of Tolkien’s ideas and skill as a writer. 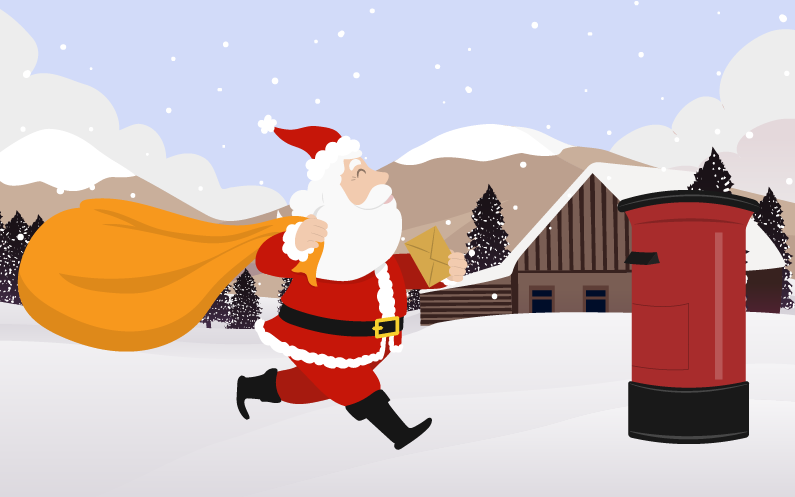 Before we get into the nitty-gritties of the book, let me just say, I am in awe of Tolkien the father. All these letters were actually ‘delivered’ (read as found by his children in their house), and he made sure that they were often dusted with snow and/or had North Pole stamps on them. It must have taken a tremendous amount of effort to go to such lengths to ensure that his children genuinely believed these letters were from Father Christmas.

But, if you think about it, this ties in perfectly with Tolkien’s skill of and obsession with world-building. It wasn’t enough for him to just write the letters. Rather, he developed Father Christmas’ character further with each letter. He introduced a multitude of characters in this ‘Santaverse’ (as I like to call it), each one with their own personality- a troublesome bear named Karhu, an efficient secretary named Ilbereth, etc. He made Father Christmas’ Cliff House seem like a real house full of people, Christmas-related activity and excitement.

He beautifully etched out the relationships each character shared with one another and Father Christmas, and these relationships reflect those in the real world. For example, Father Christmas and Karhu’s rapport is similar to that of a parent and child – the bear may annoy Father Christmas to bits, but he still considers Karhu to be a child and even trusts him enough to complete and add to his letters to Tolkien’s children.

It is no wonder that Tolkien is synonymous with world-building. With every page in the book, I felt increasingly invested in what was happening in the North Pole. I loved how Karhu and Father Christmas’ relationship developed, and I can imagine Tolkien’s children having a real laugh at their antics- from falling down the stairs to bullying the man in the moon as well as their gardener, who is a snowman.

Most children only imagine Father Christmas and the North Pole; through these letters and drawings, Tolkien made it a very real place for his children- similar to how Middle-Earth was for us when we read LOTR. 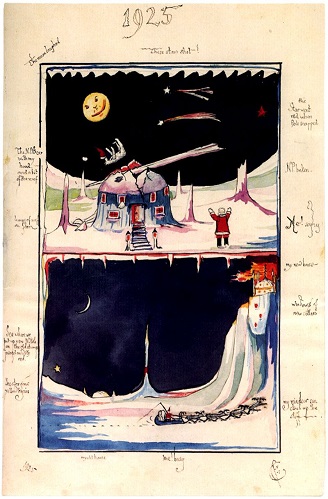 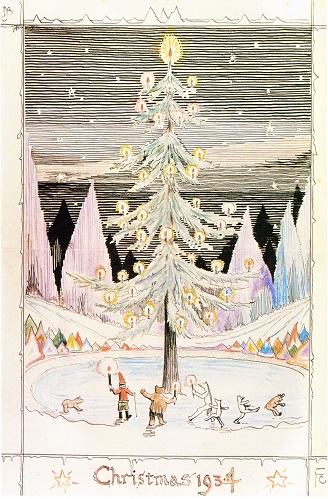 You’ve read and heard enough of Elvish, but have you ever heard of Arktik? That’s, of course, the language they speak in the North Pole. We find this out in a letter from 1929, written wholly by Karhu (incidentally, also the first time we find out his name). Creating fictional languages is a great tool to making a fictional world come alive. Tolkien himself knew 35 different languages and made sure his worlds were infused with the magic of different tongues. He went the whole nine yards- he created languages and dialects within the languages.

In Letters From Father Christmas, Tolkien not only developed Arktik but also made small changes in the English script to write it. For example, T is written as ↑ and V as U. In an earlier letter, Father Christmas tells the children that Karhu has terrible spellings, and Karhu explains why in this letter – English isn’t his first language and is quite different from Arktik. Tolkien also introduced the Goblin alphabet in these letters. And, for all you hard-core LOTR fans- Tolkien even mentions and writes in Elvish in his 1937 letter (the same year he published The Hobbit)! 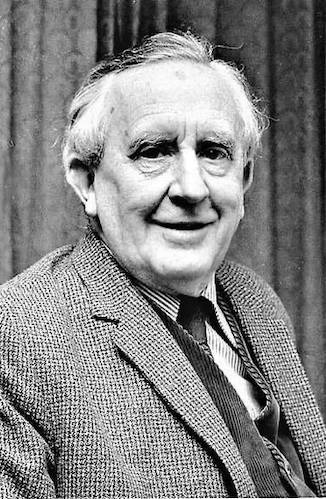 (Image via The Hindu) 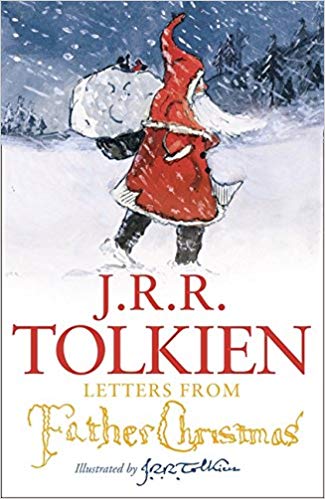 Goblins Versus The Rest

1932 was a pivotal point in world history. It was around this time that the Nazi party started coming into power, with Adolf Hitler getting elected as its leader the following year. Not surprisingly, Tolkien introduces some wicked Goblins into his letters (while they look nothing like them in the illustrations, I wonder if they could have been the predecessors to the Orcs because of their personalities?), as well as the good gnomes (early-day Hobbits, maybe?), who always side with all things right and Father Christmas. In his letter the following year, he makes his disgust and anger at the Goblins (Germans, perhaps?) all the more evident and even talks about, with delight, how his trusty Karhu and the gnomes killed a 100 Goblins, even though this letter was addressed to his young children. In the 1938 letter, written just before the start of World War II, Tolkien writes of how the Goblins are ‘…getting bold, and coming back to many lands, and making with their wicked hands new mines and caves.’

The 1939 letter begins by talking about how things are very difficult because of the ‘horrible war’ and how Father Christmas has lost many of his messengers. It is poignant, to say the least. In 1940, he talks about how they have to reduce their stocks and how children are being sent to live away from their homes in many countries (this happened a lot in England). In 1941, he writes about people being displaced and how ‘half the world seems in the wrong place’. In 1942, he writes of how the Goblins seem to have been crushed forever but Karhu is still keeping a stock of gun powder, just in case. And, in his last letter, written in 1943, Father Christmas gives sage advice to Tolkien’s daughter, Priscilla, on how she should not be miserable and how there has been no lasting damage done to his country, and though his stocks are running low, he has hopes of making things right.

The letters start out as fun-filled and playful in 1920 but take a dark turn along the way. They’re short and depressing with very little good news, and are an indication of Tolkien’s state of mind at the time of writing. Given that he fought in World War I and was deeply affected by it, Tolkien was very aware of the horrors of war. These letters were a way for him to tell his young children about the reality of war without scaring them. By making it seem like a Goblin war happening in the North Pole, his children remained relatively insulated, but not unaware at the same time.

Letters From Father Christmas made me marvel at Tolkien’s ingenuity, imagination and writing skills. While this book qualifies as children’s literature, it is no less than LOTR in its literary worth. Children will love this book with its beautiful illustrations, but adults, and especially Tolkien fans, will love this book because it retains Tolkien’s brilliance and also shows a side to him that we don’t see in his Middle-Earth books – his nature as a father and his sensitivity towards those affected by war.

The Serendipity Of Finding A Book When You Least Expect It

Why I Find Russian Literature Irresistible

Why Entrepreneurs Should Read Fiction