How Mills & Boons Skew Our Idea Of Romance

I have a confession to make. I recently picked up a Mills & Boon, Tycoon’s Temptation, fully determined to trash it. After all, a Mills & Boon novel is all that is wrong with the world. So imagine my utter surprise when I actually enjoyed the book. I had discovered an exciting world with a feisty heroine and a handsome billionaire, with edgy sexual tension, and a conflict that was happily resolved as “true love” triumphed. Seriously, as a 90’s child, it was literally every Bollywood movie I had ever watched. The heroes are alpha, they’re irresistibly sexy, devastatingly handsome; the settings are glamorous, glitzy, jet-setting and ludicrously aspirational. Man meets woman, they fall in love, there is a conflict and, ultimately, a happy ending. It is quintessential romantic work. Or as Mills & Boons (MBs) are termed “escapist romances”.

Having never read an MB, I was mildly appalled that it did not irk the feminist in me. So, in the name of research, I decided to read some more. And while still enjoyable, the misogynistic drivel that these books churn and their very portrayal of women as the second sex (calling out to Simone de Beauvoir) started becoming apparent with the turn of every page. There was literally no escaping the patriarchal propaganda. In nearly every book that I read, the woman, however accomplished she might be, craved to be swept away by an overpowering, macho man (while often not being smart enough to be aware of her cravings). Do women aspire for one and only one thing, that is to find the “perfect man”? Well, these books certainly seem to assume that. To top it off, the thinly veiled theme in these books is that a woman is only complete when she finds a man for herself. A rich, handsome man who can take care of her. This is where I would blurt out “What bollocks”!

Most of the books perpetuated the stereotype of the doormat woman, taken by a boorish hero, crushed in his arms and transformed into a newer, different type of doormat. The message seemed to be that girls twiddle their thumbs and look pretty while boys build empires. Once said empire is built, the boy comes to claim his prize- the girl who had been twiddling her thumbs. Of course, the girl resists at first. She has self-esteem and maybe a career as well. But, in the end, she succumbs. Oh, what a lucky girl! 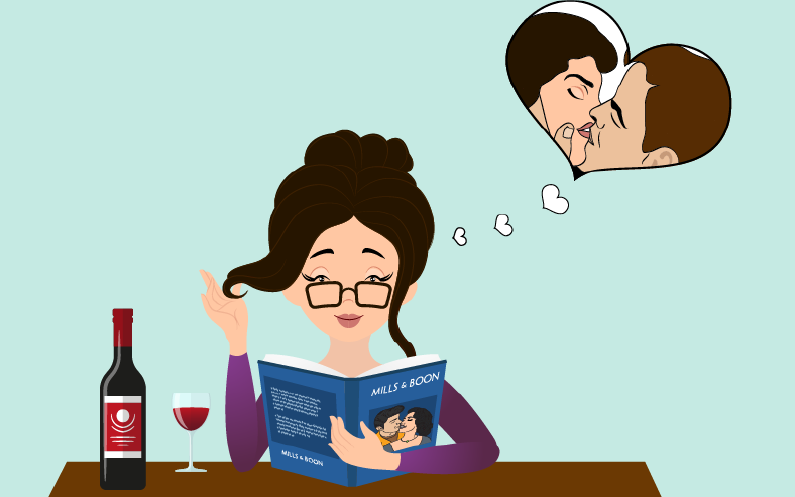 These rose-tinted novels can completely skew a woman’s perception of romance and relationships. They idealise love and sex and encourage unreal expectations of a life of unbridled passion and trouble-free pregnancies. Their portrayals of non-consensual sex and female characters who are ‘awakened’ by a man rather than being in charge of their own desires are alarming.

Even though these books are meant to be escapist in nature, there are times when they are far divorced from reality. The danger in that is two-fold. One, the way romance is portrayed in these books is seldom the way it actually pans out in real life. While, undoubtedly, the women who read these books are probably smart enough to separate fact from fiction, it nonetheless has an impact on the readers’ thought process and can influence the decisions they make in their relationships. Secondly, the treatment of women in these books is often less than desirable. In most books, the woman is seen condoning the “sub-standard” ways in which she is treated by the man.

In nearly every book, there was a scene where the heroine is “broken in”, both emotionally and physically, by the hero. Having fallen for this tall, brooding figure of masculinity, the heroine becomes obsessed with the man. She wants him and willingly accepts whatever treatment is meted out to her. In real life, the behaviour of the hero in these books would be unpardonable- blowing hot and cold and completely disregarding the woman’s feelings. In reality, this could cause a woman to develop low self-esteem and possibly depression. When you regularly read drivel like this, you come to believe that it is “okay” to be treated in such a manner.

At a point in Tycoon’s Temptation, the hero refuses to have sex with the heroine when he makes the discovery (in the middle of foreplay) that she is a virgin. His point, “when you take a woman’s virginity, she becomes needy.” And he could not handle needy. The heroine is angry but still persists. She wants the man to take her virginity and is reduced to the point of begging. He nonetheless refuses and leaves her high and dry (no pun intended). Despite all of this transpiring, the two have sex or “make love” a few days later. In real life, I cannot imagine a single woman who would not be reasonably “shattered” by this ordeal. Rejection in any form causes self-doubt. Such kind of fiction tells women that it is okay to be a doormat. Nothing romantic about that, really. 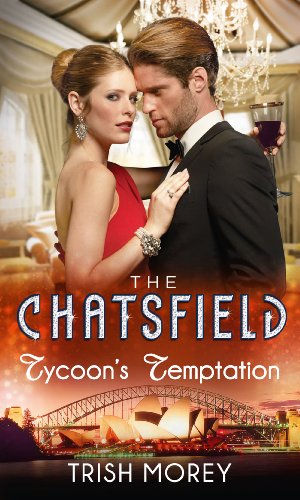 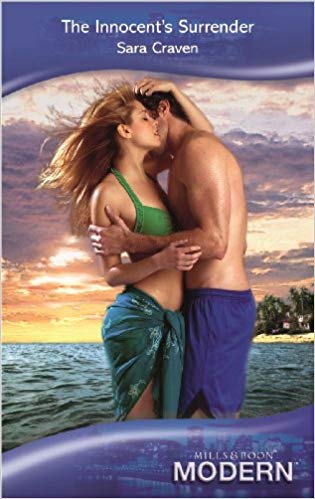 Most of the older (and some recent) Mills & Boons are based on “forced seduction”. They make it sound normal, almost as if it’s another one of those things that a woman does not know that she wants. This extract from The Innocent’s Surrender, published in 2010, illustrates this point:

“Her taut muscles shocked into resistance, she wanted to cry out to him that he was hurting her, and beg him to stop. To give her unaccustomed body at least a little time to adjust to the stark reality of his penetration of her. Yet she did nothing, said nothing, determined not to grant him the satisfaction of knowing that anything he did could affect her in any way – pleasure or pain.”

Is she really asserting herself by not granting him “the satisfaction of knowing that anything he did could affect her in any way”? I hardly think so.

Not all are in the same camp

In 2016, academic Val Derbyshire had written a paper that contended that MBs should be re-read from a feminist perspective. She argued that the male hero in the books is often forced to acknowledge his sexism and change his ways as a result of falling in love with the heroine. However, the assertion that these books in any way perpetuate feminism or empower women, is a stretch. Having said that, recent titles have made the leap into the 21st century and, in general, seem to have empowered the heroines. The newer books feature sexually assertive women from all walks of life, seeking to satisfy a gamut of needs and trying to do the best that they can. Not all the female characters end up with their man and many find an inner feminism, which resolves their conflict.

Expectations, realistic or unrealistic, have always been the thorn in relationships. It is hard not to have expectations from the one you love. However, it is important to “measure” your relationship by your own yardstick and not by the yardstick of romantic novels. Love is a beautiful thing and those who have it in their lives are truly blessed. However, love can often be painful and messy. It can turn our worlds topsy-turvy, throwing us into the vortex of pain. Don’t let anyone tell you that it is only roses and cuddles. Mills & Boons are easy, breezy, and fun to read but should not be taken as representative of what love is like in the real world.