War is cruel, and more often than not, innocents pay the price for it. It takes years to recover from the sheer destruction and mayhem that wars cause and even then, they often leave long-lasting scars. With their powerful imagery, graphic novels are a brilliant medium for portraying war in its unadulterated form. From stories about the World Wars to the Syrian Arab Spring, this list has graphic novels which portray the major wars around the world and the violence they inflicted. 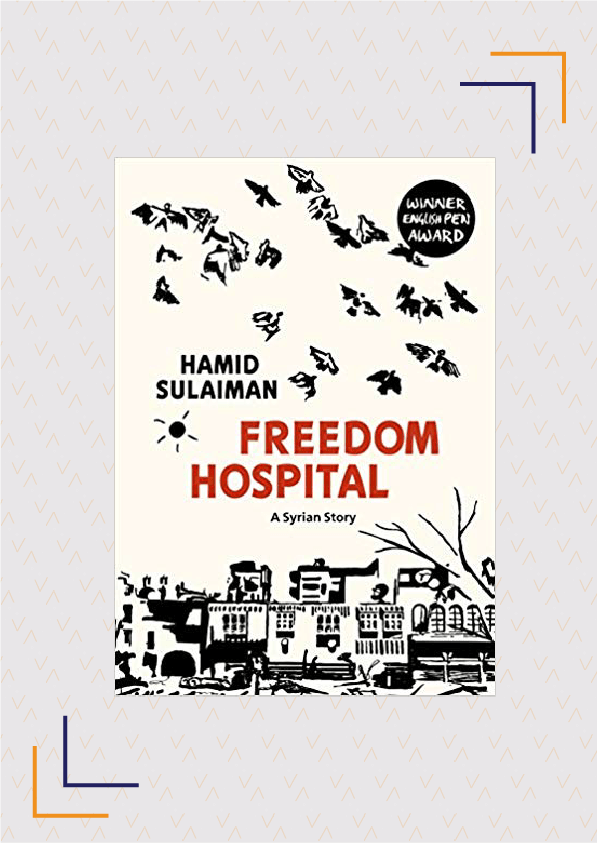 The Syrian Arab Spring, which began in 2010, has led to thousands of lives being lost. Heavily involved in it, Hamid Sulaiman has witnessed this conflict first hand and depicts the struggle of his people in Freedom Hospital. Set in the fictional town of Houria, this is the story of Yasmin, who along with other doctors, secretly runs a Freedom Hospital, a place of refuge. The town has all sorts of people– idealists, fighters, loyalists and even members of terrorist groups. As tensions erupt and the situation turns dire, Yasmin and her team try their hardest to stay alive. With haunting images of mutilated children, beheadings, and civilians caught in the firefight, Sulaiman tries to portray the stark reality of Syria against the backdrop of personal tragedies. 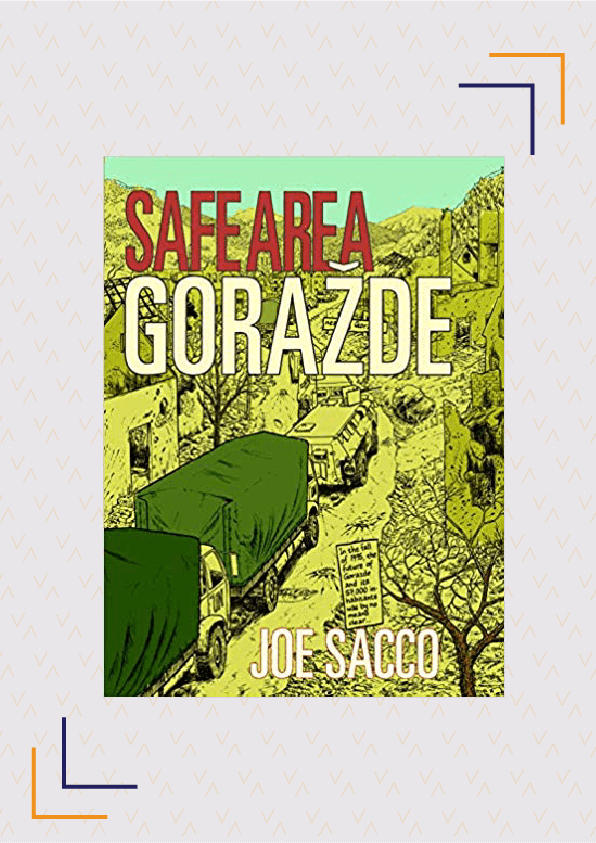 The Bosnian War claimed the lives of about 100,000 people and marked a dark period in the history of Europe. Joe Sacco, the famed creator of the graphic novel Palestine, spent almost five months at the end of 1995 in Gorazde, Bosnia. Safe Area Gorazde is Sacco’s attempt to capture the lives of those affected in the predominantly Muslim town. Despite being declared a safe area by the U.N., Gorazade was still under siege, even as the rest of Bosnia suffered through ‘ethnic’ cleansing, genocide and rape. Sacco interviewed dozens of people who shared their stories about how the war and siege had affected them. Sacco’s novel is thorough and, at times, the experiences are too emotionally charged, but Sacco is never one to shy away from portraying the reality of one of mankind’s biggest tragedies. 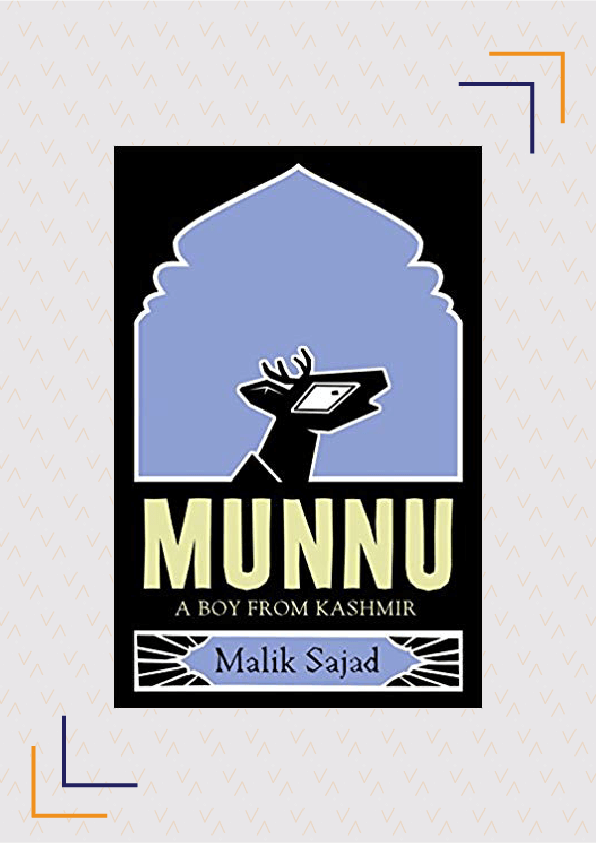 Munnu: A Boy from Kashmir

Munnu: A Boy from Kashmir offers us a different outlook on Indian administered Kashmir. Munnu is a young boy from Kashmir who loves to draw, but his childhood is being sullied by the ongoing Kashmir conflict. In Munnu’s world, militarisation is a way of life, where young men are crossing over to Pakistan occupied Kashmir to be trained, his family members are often taken to identification parades, and schools are closed. Sajad depicts Kashmiris as the endangered Hangul deer (the Kashmir stag), which is a telling metaphor for the situation in Kashmir. Sajad’s novel is an amazing portrayal of the life of Kashmiris against the everyday political conflicts that seem ingrained in their lives. 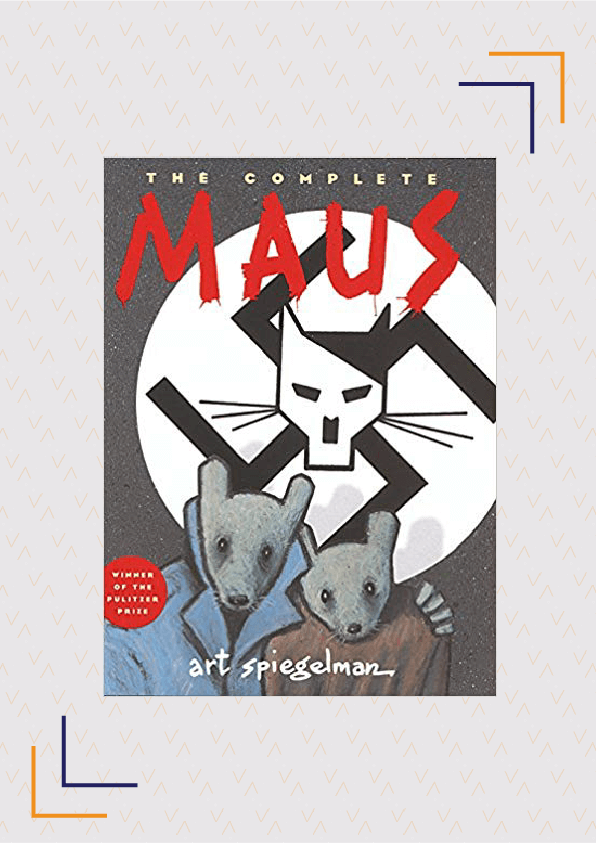 A harrowing tale of torture and survival during the Holocaust, Art Spiegelman’s Pulitzer Prize-winning graphic novel is a study in human kindness and hatred. The Jews are illustrated as meek mice in The Complete Maus and the Nazis as sly cats. Divided into two parts, the first part portrays the traumatic experiences of Vladek, the author’s father who is a concentration camp survivor. The second part is about Spiegelman’s feelings on writing about the Holocaust, and his thoughts about the strained relationship with his father, who he blames for his mother’s suicide. The book is a chilling narration of the tortures in Nazi concentration camps, which had a death toll of about 6 million Jews. 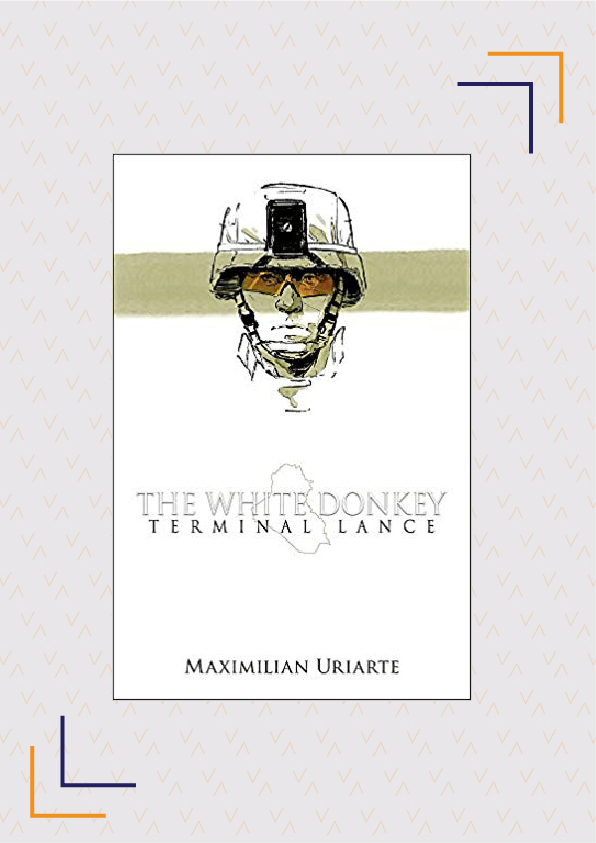 The White Donkey is a graphic novel by a veteran Marine about military life in Iraq, the consequences of war and PTSD. Abe joins the Marine Corps as he tries to find meaning in his life, but little does he know that one of the most horrid experiences of life awaits him. Maximilian Uriarte’s blunt style combined with military lingo manages to portray the different world Abe has entered and how it ultimately changes him. The White Donkey is one Marine’s honest attempt to understand life in the combat zone and the problems faced by veterans when they return home. 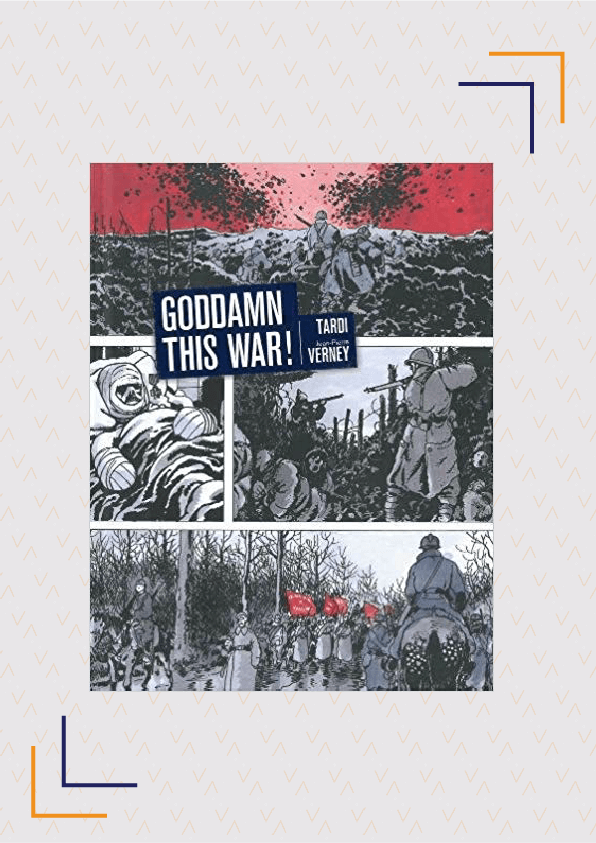 Goddamn This War! showcases the pointlessness of World War I, instead of glorifying the heroics of soldiers. Tardi uses dark humour to portray the horrific events that transpired during the war. Told from the perspective of a French soldier, this graphic novel manages to portray the utter unnecessity of war and the woes of soldiers on the front lines. Divided into six chapters, each for one year of the war, Tardi starts off with colourful illustrations that portray the blossoming hope of the soldiers. However, as the novel progresses, the colourful images fade into dull black and white strips that correlate to the despair of soldiers as they watch their friends die. The book also includes a section with text written by historian Jean-Pierre Verney. The section is accompanied by rare photographs and documents from his own collection. 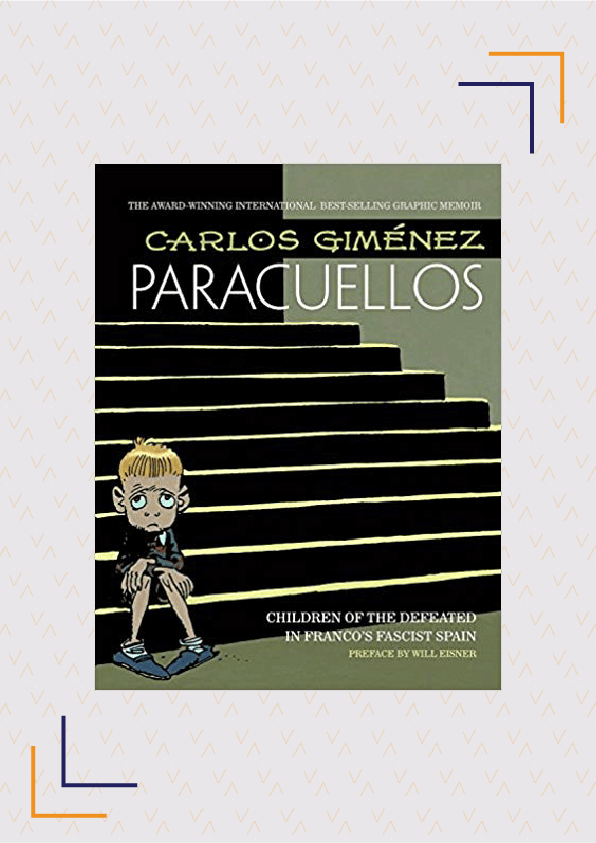 In the late 1930s, Francisco Franco and other fascists overthrew the Spanish government, and the subsequent Spanish Civil War led to the death of over 200,000 people. The orphans and children of those imprisoned were brought up in orphanages, and the author was one such child. Gimenez and other children were treated horrifically, often beaten and tortured just for laughing. This is their story. Originally published in Spanish, Paracuellos is the author’s autobiography, and is likely to make you cry through its portrayal of the children’s utter hopelessness and the unfairness of life. 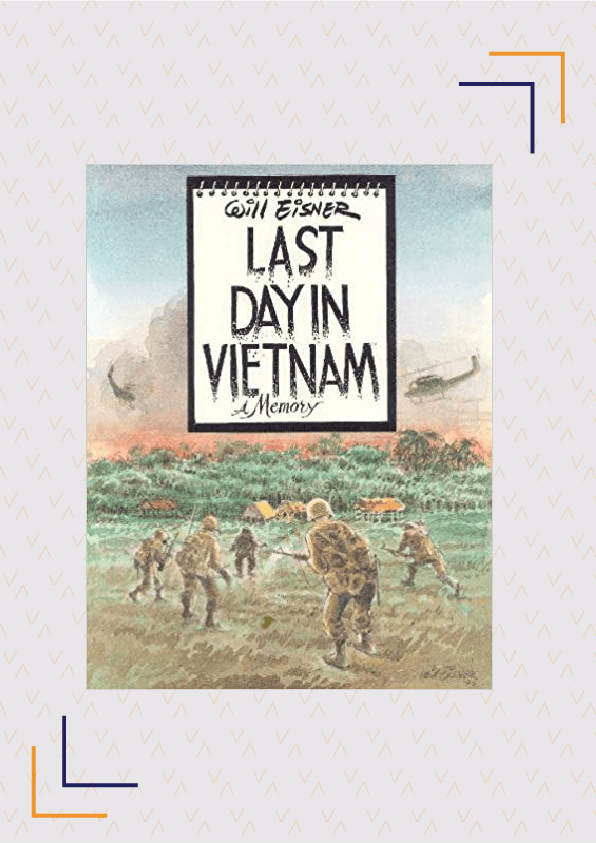 Will Eisner’s Last Day In Vietnam is a collection of six stories of life during the war and highlights the futility of conflict. In the titular story, Eisner recounts what he witnessed while touring a base in Vietnam. In Purple Heart For George, Eisner tells the story of a World War II soldier who tries to transfer to the front lines every time he gets drunk, and how his friends manage to save him. There is the story of a grieving father whose son gets blown up and one on an intimidating yet soft-natured soldier. Through these reminiscences, Eisner has managed to portray how human life is wasted due to the political agendas of a few while maintaining that sometimes war is necessary. 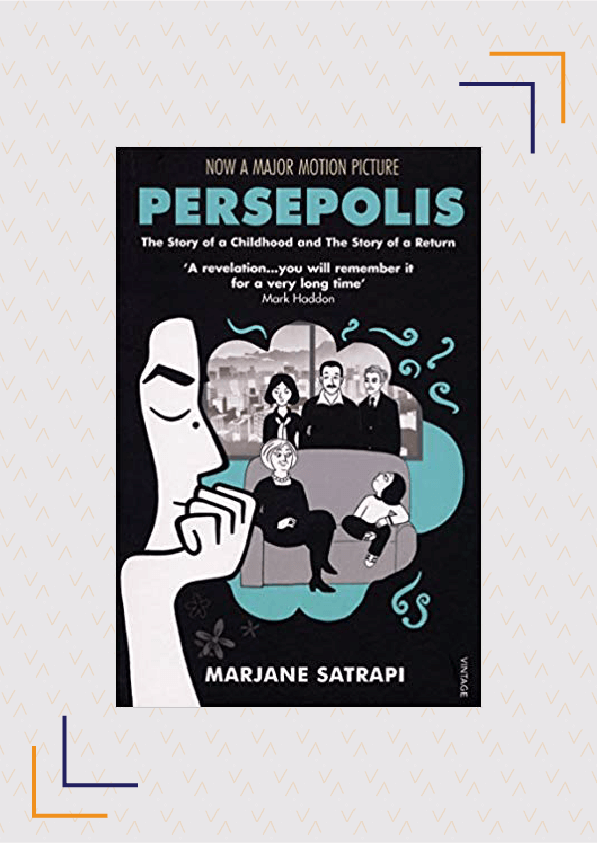 Marjane Satrapi’s graphical memoir Persepolis recounts her years growing up during the Islamic Revolution in Iran and highlights how the war impacted Iranians, especially women. When Iran declares war on Iraq, Satrapi’s world is turned upside down as people she knows die in bombings. The graphic novel serves as a reminder of the human cost of political repression and war. It is a bildungsroman set against the background of a political revolution that affirms the concept of writing as a form of protest.