Why Tales From Shakespeare Is A Great Introduction To The Bard 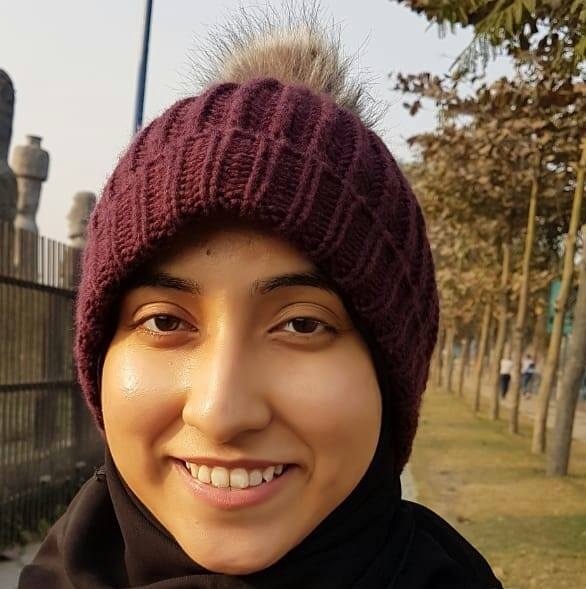 Istill remember that day very clearly; it is etched in my mind like a wood carving. I was about 10 years old. My mother had dressed me up in a fluffy pink frock and my father was preparing the car for our usual Friday outing. But, it was not just any Friday.

It was the Friday we made a trip to the local library. I was to have my very own library card and would be allowed to borrow up to six books for a period of two weeks, with an opportunity to renew for another fortnight.

Little did I know that it was going to be a life-changing day for me. I entered the library with my eyes wide open and stumbled across books of all sizes and colours. I remained in awe for quite some time until I reached the section on Shakespeare. 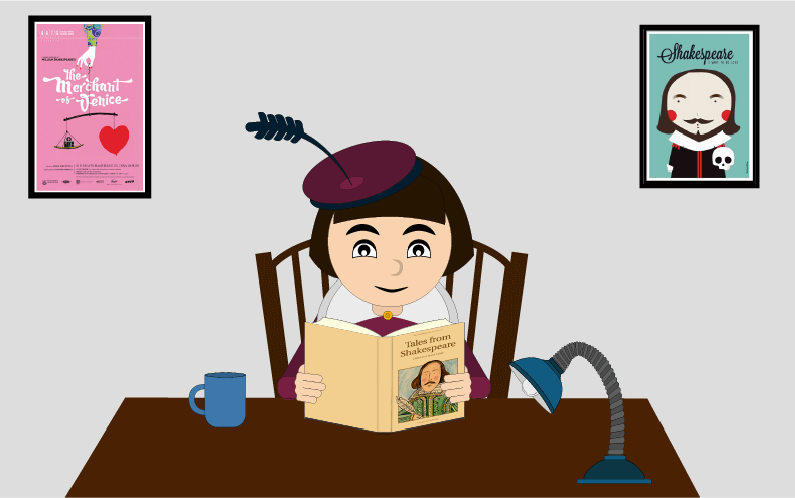 The Bard of Avon needs no introduction for that is his stature and importance in the history of English literature. Even to a ten-year-old, his name was synonymous with literature. I had earlier tried to skim through a copy of Shakespeare’s sonnets from my father’s at-home library but, in vain. They were complex, tedious, and rather difficult to understand. Yet, his name itself seemed to exude a charm that would often leave me wonderstruck.

Luckily, on that day at the library, I happened to come across Tales From Shakespeare by Charles and Mary Lamb and found myself intrigued when I read the back cover.

Tales From Shakespeare by Charles and Mary Lamb is an illustrious compendium of most of Shakespeare’s plays excluding the histories, like Richard II and Richard III. It is a one-stop destination for Shakespearean drama. As the blurb on the back cover mentioned, it was written to be an “introduction to the study of Shakespeare.” However, little did I know that it would turn out to be a lot more than just that. Overjoyed, I borrowed the book for the next two weeks and went home in a chirpy mood.

Poignant and suave, Charles and Mary Lamb had done a massively brilliant job in condensing the tragic and comic plays. In terms of approach, they were highly coherent, logical and well-planned and when it came to methodology, it was analytical and well thought-out.

The eloquent language flowed like sweet poppy syrup. The cover had an illustration from A Midsummer Night’s Dream – Bottom with a donkey’s head being caressed by Titania. Designed by John Henry Frederick Bacon, it made me more inquisitive about the story of a creature with a man’s body and a donkey’s head. 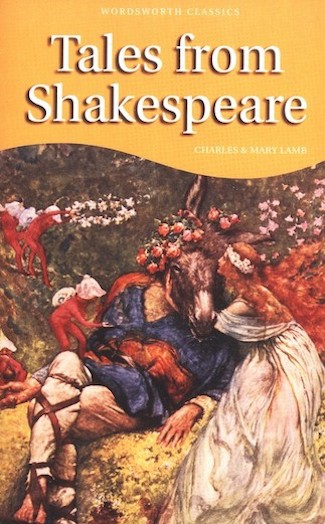 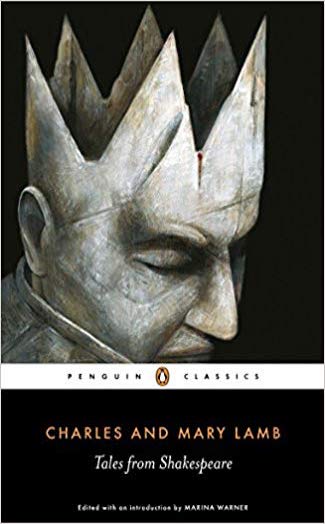 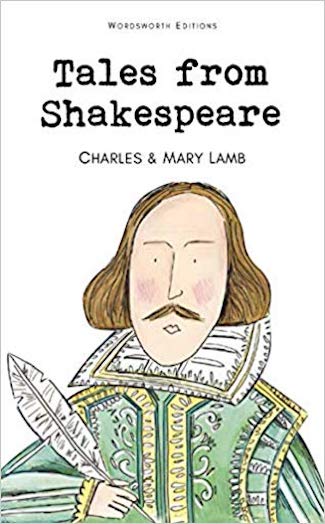 When I started reading, what struck me immediately was the terse writing style that had a certain vigour, pace and colour. It was written gracefully and elegantly. The great thing about the book was that it was able to shorten five-act plays into a matter of ten to twelve pages. It must have been unimaginably difficult to perform such a laborious task. However, the easy-going style of writing, compiling and presentation reflected high intellectualism and a heartfelt dedication to the Bard.

The Lambs also showed a steadfast eye for detail. I noticed this in the manner they had penned the dialogues. This was particularly evident in the tragedies where they had selected words that would least interrupt the effect of the way Shakespeare wrote. As it is impossible to explain Shakespearean language without giving examples, the dialogues had been kept intact in as many places as possible or as and when required. This is seen in the dialogue by Miranda from Act 1 Scene 2 of The Tempest:

“If by your art, my dearest father, you have

Put the wild waters in this roar, allay them.

The sky, it seems, would pour down stinking pitch,

But that the sea, mounting to the welkin’s cheek,

Dashes the fire out. O, I have suffered

With those that I saw suffer: a brave vessel,

Who had, no doubt, some noble creature in her,

Dash’d all to pieces. O, the cry did knock

Against my very heart. Poor souls, they perish’d.

Had I been any god of power, I would

Have sunk the sea within the earth or ere

It should the good ship so have swallow’d and

The fraughting souls within her.”

This dialogue is presented by Charles and Mary Lamb as: “Oh my dear father,” said she, “if by your art you have raised this dreadful storm, have pity on their sad distress. See! The vessel will be dashed to pieces. Poor souls! They will all perish. If I had power, I would sink the sea beneath the earth, rather than the good ship should be destroyed, with all the precious souls within her.”

As a result, the essence of Shakespeare’s language was delivered in simplified words that could be easily comprehended by children, without compromising on the dramatic effect. 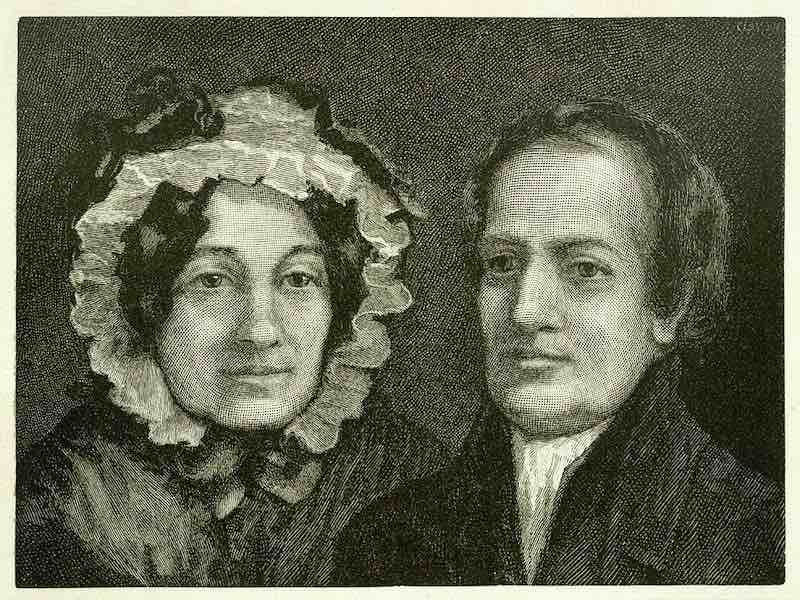 The characterisation within the stories was predominantly marvellous. It highlighted the round characters that most of Shakespeare’s plays contain and presented the histories of men, women and sylphs in familiar terms. My favourite sylph was Ariel and I felt elated to be drawn into the witty tantrums thrown by Oberon and Titania.

As a young child who was drawn to books that had pictures, I was heartened to see that this book contained black and white illustrations. The images were mostly chosen to go with the stories with one at the beginning of the story and one at the fag end. In between, the stories were followed by images of some of the characters such as Shylock and King Lear walking about on a heath. Though the illustrations were few, they added to the joy of reading.

Nowhere does the book deviate from the crux of Shakespearean plays that keeps up a drama in the narrative, which is authentic to the playwright. Diligent care was also taken to give them the effect of a connected story in and of itself as well as interconnected to the larger plethora of Shakespeare’s writings. All of it helped to maintain the classical strain of Shakespeare. As the preface of the book rightly states, the book not only hints at but gives a taste of the great pleasure that awaits one in their older years. 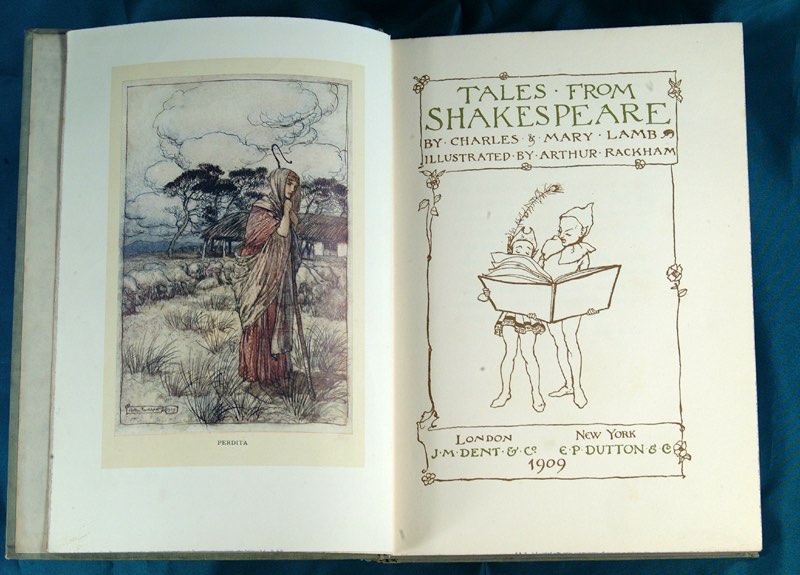 After having studied Shakespeare in detail as a part of my course work during my under graduation and post-graduation years at college and university respectively, I was able to better appreciate the treasure that I had come across during my childhood. The book still remains handy and a great introductory guide that occupies the front space in my reading room.

Tales From Shakespeare remains highly relevant even today. The Lambs continue to enchant young minds who are waiting to be spellbound with the charm of Shakespearean writing. The Lambs’ clarity of conception, vividly imagistic presentation and simplified language make it such a helpful preface to the original version that it has never been out of print and has had a variety of editions till date.

The posters in the featured illustration have been taken from (L) HuffPost India and (R) Walleditions.

In an age of emphatic loquacity, Tasnima Yasmin is a staunch advocate of verbal minimalism with quietude as a reliable companion that is equally reciprocated by her books. She specialises in Modern/Post Modern English Literature and Linguistics. She has a Masters in English Language and Literature from the University of Calcutta. You can connect with her on Facebook.