Can Literature Change How We Feel About Rats?

“Of all the horrors in the world – a rat!” Winston said with his eyes tightly shut. 1984 was my first introduction not only to George Orwell but also to rats in books. By the end of the book, I found myself truly horrified and I completely understood Winston’s decision to betray love in the face of his greatest fear – rats. I have shared Winston’s deep fear and hatred towards rats since early childhood. And it has always seemed to me that rats are aware of my particular dislike for them. They seem to find their way to me – both real ones and fictional ones.

My first substantial rat encounter was inauspiciously timed. I was newly married and wanted to prove myself as a great hostess. It was a weekend lunch and I was encouraging a friend to come to the table and help herself to a second helping, when a large rat scurried coolly past us, ran under the dining table and out of the open backdoor. When blood circulation resumed in my body and my brain slowly rebooted, I found my guests suddenly seemed quite full and ready to leave.

About a year later, the rat decided to return and play mind games with me (I like to think it is the same rat, although I cannot prove it). He started by leaving a few raisin-like droppings in places I could not miss like the kitchen counter, on a page of my son’s board book and finally, but most alarmingly, near my pillow. That was it. I grabbed my son and moved into my brother’s house for the day. The watchman and I searched everywhere for the diabolical creature but there were no signs of him. We even laid some traps but when I checked the next morning, the traps were empty. “He must have run out of the open door,” the watchman said hopefully and I believed him. I did not know yet just how smart rats are. I hadn’t read the books. I moved back home with my son, planted him in his high chair, and started to cook lunch. As I peeled an onion, I put my foot down on the lever that opens the dustbin. The lid of the bin opened slowly and an enormous grey rat rose onto his hind feet, looking deep into my eyes, his pink nose quivering with excitement. I threw the whole onion at him, slammed the lid down, grabbed my son and ran out.

Nowadays I live in an apartment on the second floor and I would like to say that rats no longer feature in my life. But that’s not really true. I think I have been thinking more about rats now than ever before. Except, this time these are rats in books. And I hate to admit it, but when it comes to animal characters, rats seem to be always the most interesting. 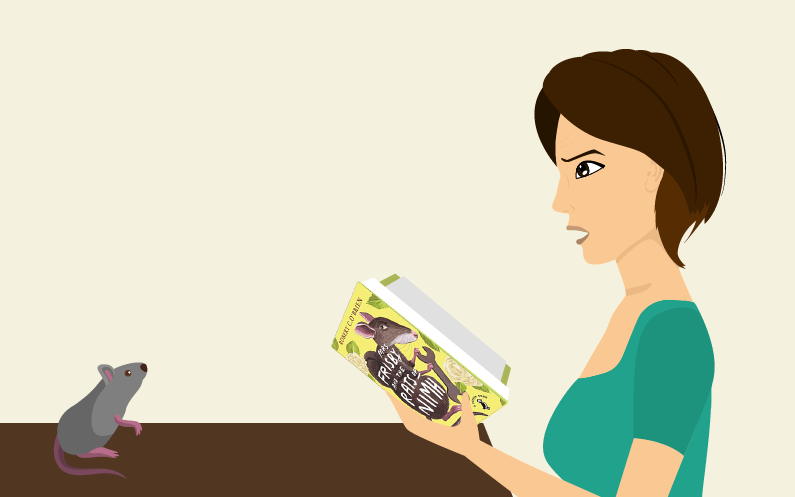 Humans and rats have been living uncomfortably together for hundreds of years. The vermin have been carriers of terrible diseases that have wiped out entire communities and have destroyed crops and property. So naturally, rats in adult fiction began to be written in as symbols of greed, disease, and malice. In folktales and short stories, rats seem to lack conscience and civilised moral codes. The Nazis portrayed Jews as rats in their propaganda posters, literature and videos, exploiting these well-established motifs. It is no wonder writers find them to be convenient villains in stories. Rats in 1984 or even in Beatrix Potters’ children’s classic The Tale Of Samuel Whiskers are all menacing and unpleasant creatures. However, there are several writers who go beyond these clichés, especially in children’s fiction.

From the rats in Kate DiCamillo’s The Tale Of Despereaux to Templeton in Charlotte’s Web, rats often play multi-layered, complex characters. Take Templeton, for instance. He is a barn rat – greedy, self-serving and rude. He is quite easily dislikable like most real rats, However, although he only helps Wilbur and Charlotte because it serves his own purpose, he is instrumental in saving Charlotte’s egg sac and Wilbur’s life.

Roscuro, from The Tale Of Despereaux, is another curious rat. Unlike Templeton, Roscuro starts off being quite un-rat-like. While other rats love darkness, Roscuro loves light. On one of his adventures out of the dark dungeon and into the well-lit palace, Roscuro accidentally shocks the Queen to death and is deeply hurt by how disgusted the Princess was when she saw him. The experience darkens Roscuro’s soul. He is banned from the light and he turns into a mean, vengeful rat who uses his cleverness to exploit a young maid servant’s ambitions to become princess in order to punish the real Princess. Just a thing a rat would do, don’t you think? And yet, Roscuro has his redeeming moments. He eventually does free the Princess. He is a layered character whom the reader might not entirely love, but whom we certainly will never forget either. 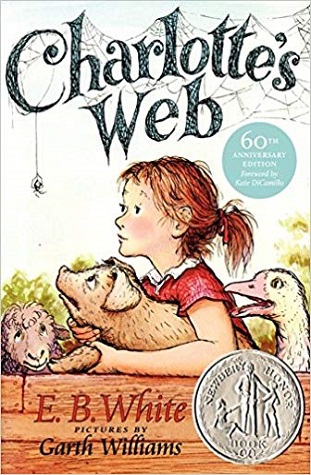 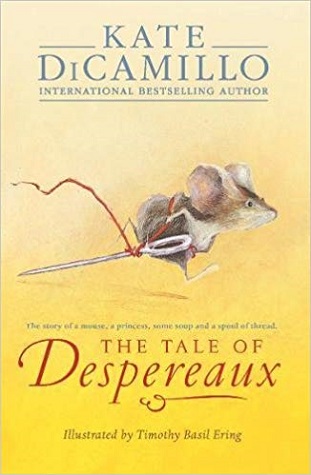 When I read Mrs. Frisby And The Rats Of NIMH, an old classic written by Robert C. O’Brien, I remembered that rats aren’t always our enemy. I had been so obsessed with rats – the pests, I hadn’t really thought of rats who aid medical research. In the book, the rats of NIMH (National Institute of Mental Health) were rats who were used for scientific experiments. As a result of the experiments performed on them, the rats and a couple of mice had turned literate and were able to operate and modify machinery. In the book, Mrs. Frisby, an ordinary mouse who lives with her children on the edge of a field, requests this group of super intelligent rats to help her move her weak son to a safe place before the farmer ploughs through their home at the end of winter.

The NIMH rats do help her and through her interaction with the rats, we see that the rats are aware of how different they are from regular rats and also are unhappy with their dependence on humans – whether their food or technology. With literacy comes a conscience. The rats see their existing life style (based on stealing food and technology from humans) as unethical and a little dangerous if it catches human attention. They dream of setting up a completely independent rat colony, far from human settlement, where they can grow their own crops and live without mechanization.

Terry Pratchett’s The Amazing Maurice And His Educated Rodents also feature extraordinarily intelligent and literate rats who struggle through moral dilemmas. Set in Discworld, the rats in this book become educated by accidentally consuming magic. Pratchett spends considerable time exploring how education changed rats from being creatures driven purely by instinct to conscious beings who are now both empowered and hampered by an imagination (suddenly the educated rats are afraid of shadows because they can now imagine danger). Both books explore how education, literacy and more importantly, consciousness, raises these rats out of their animal nature.

These smart rats also seem to understand the value of community, working together for a common purpose, more than their human counterparts. Beyond just the conflict in the plot, the rat characters struggle with internal moral conflicts. Pratchett’s book explores themes like leadership – what makes a good leader? And identity – once we lose our rat like instinctual behavior, who are we? Both authors hold a mirror up to humanity and use these rats as a foil to human folly, highlighting the risk of human greed, foolishness, and narrowness of thought. 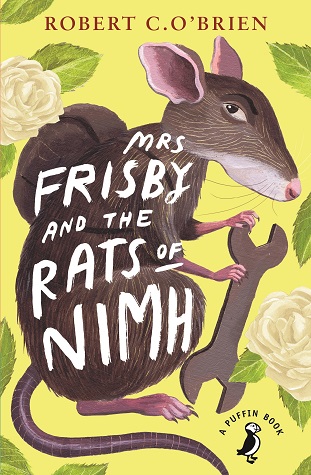 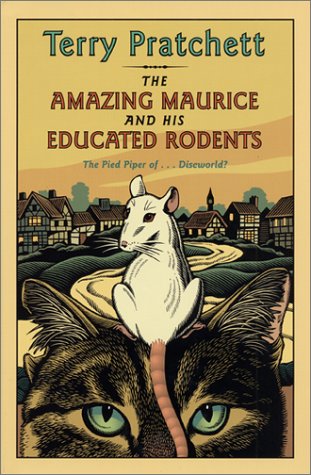 I came across these books during a curious phase where every book I was drawn to had something to do with rats. Over time, these stories seemed to make me more sympathetic towards the vermin. I wondered if I had misunderstood these creatures – misjudged them even? Occasionally, I would see a rat scurrying out of a pile of garbage into a hole on the road, and I found myself less alarmed by the surprise sighting. My fear of rats, I believed, was slowly reducing to a more rational level, thanks to these interesting books.

Then, just as I was finishing the Pratchett book, my colleague told me about a rat, a real rat, that had snuck into his apartment on the third floor. This was no ordinary rat – it was a super smart one that avoided traps and seemed to be fond of chewing on wires (perhaps to run off with expensive electronic equipment?). Finally, at 3 that morning, my friend and his family caught sight of it – they chased the rat around the house for a while till they spotted it jump into a drawer. My friend said that as soon as he opened the drawer, ready to catch the rat, it jumped out, scrambled up his arm and leapt off his shoulder. The rat escaped, leaving three long scratches on my friend’s forearm.

By the time my friend had finished telling me this story, all sympathy I had for any rat – fictional or not – had vanished. How naïve of me to believe that a couple of story books could redeem actual rats in my eyes! Now as I think back on it, these fictional rats, the rats with good consciences were not ordinary rats. They were transformed through experiments or magic. They were elevated above their common rattiness. Even those transformed rats felt they were different – better than their ordinary rat cousins. What hope does a common rat from Bangalore have then? 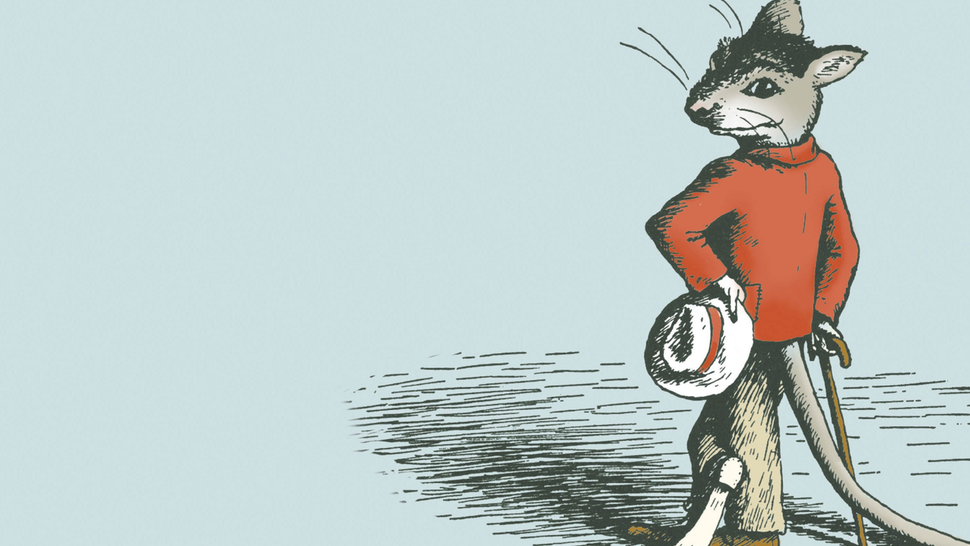 Sadly, having read all these books, I think I might be more paranoid about rats than ever before. It is possible that rats are getting smarter simply because they spend so much time in a human world and while I might have liked the idea of a rat with awareness, a rat with awareness sneaking around my apartment in the dark is a nightmare.