Throughout history, literature has featured animals. Whether it’s children’s literature, classics or even contemporary English and Indian language literature, we often come across talking animals, animal protagonists and animals who represent humans. Whatever form their characters may take, they serve important functions- from helping us empathise with animals to encouraging us to be compassionate towards them and from teaching us important moral lessons to mirroring “human vices and foibles.”

In Animalia Indica, the first-of-its-kind anthology featuring stories centred around animals, the roles of animals in literature are all the more apparent. The carefully curated tales make it easier for us to connect with animals and show us how similar we are in many ways. This article will discuss why it’s important for anthologies like Animalia Indica to exist and how they help us not only to understand animals but also to feel more empathetic and compassionate towards them. 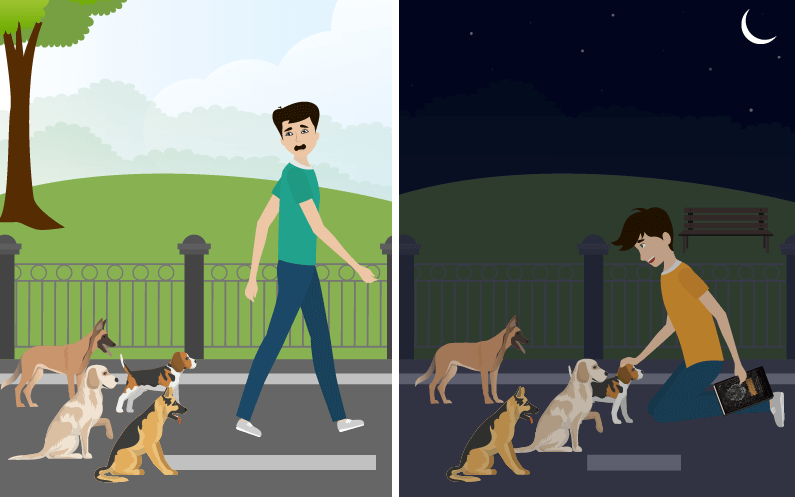 We Fear Animals Because We Don’t Understand Them

We often have preconceived notions about animals. Be it rats, snakes or tigers, we have attributed certain adjectives to animals which display exactly how we perceive them, such as the brave lion, the dumb donkey, and the deceitful snake. But, have we ever considered whether these are fair or have we just accepted what we were told. Are rats merely unwitting carriers of disease who also serve the dual purpose of being perfect for medical testing, or could they also be intelligent creatures who can foil even our best-laid plans to catch them? And, are these preconceived notions harming us and our relationship with the animal world?

In her introduction to Animalia Indica, Sumana Roy highlights our fear of animals and how, at times, this fear drives us to needlessly kill animals. George Orwell’s story, Shooting An Elephant, is the story of a British official who is disillusioned by the Empire. However, when an elephant goes rogue, he is expected to do something about it. Reluctant to shoot the elephant, the British official does so only because he feels that he should, that it is expected out of him. He feels the weight of thousands watching him and ultimately gives in to the pressure. It is fear that has driven the crowd and ultimately, the British official to kill the now docile animal. Interestingly, the narrator seems more concerned about shooting the elephant because he is of considerable economic value (“a hundred pounds when alive”) and compares it to “destroying a huge and costly piece of machinery- and obviously one ought not to do it if it can possibly be avoided.”

Our fear of animals has taught us that while we should care about the animals we ‘tame’, like dogs, cats, and parrots, many other animals are largely predatory and will only hurt us if we let them be. This is also clearly reflected in Khushwant Singh’s The Mark Of Vishnu and Sujatha’s aptly titled Snake, both of which highlight our fear of snakes.

In Rikki-Tikki-Tavi, which seems like a happier retelling of one of the darker stories from The Panchtantra, a family nurses the eponymous mongoose upon finding him injured. While the father is very accepting of the mongoose, his wife is wary and worried that he may bite their child. However, once Rikki-tikki saves the child from the snakes in their garden, she hugs and thanks him. This is a classic example of a story encouraging us to rethink our assumptions and not act out of our fear of animals.

When we read stories featuring animals, we are able to correct our misconceptions and see them differently. Literature shows us that how we interact with animals is largely driven by our fear and lack of understanding of them. 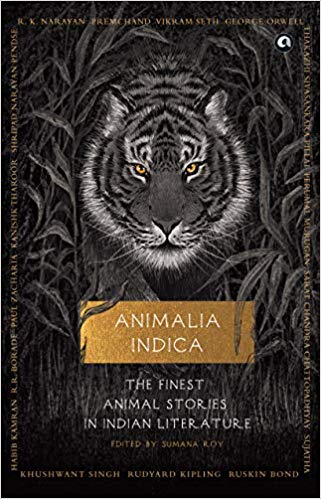 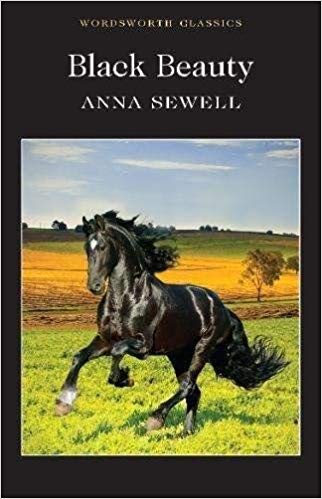 Compassion And Empathy Towards Animals

In 1877, Anna Sewell’s Black Beauty was published. Written specifically to highlight animal cruelty and encourage compassion towards animals, the book used the device of being narrated from the point of view of a horse to make it more compelling. The book is still relevant today because we have not stopped being cruel to animals. We hunt them for fun; we kill them to make clothes, handbags, and shoes; we use them for testing; and sometimes, we hurt them just because we can.

While compassion is important, so is empathy towards animals. Take The Labour, a haunting four-page story detailing the labour pangs of a cow. As I read the vivid story, I couldn’t help but ponder on how I’ve never thought of the labour pain an animal goes through. And yet, their experience is very similar to ours- the terror, the agony, and that feeling of being alone which comes from knowing that no one can share this experience with you. All of this was beautifully encapsulated in this story.

Similarly, I had never thought of what it’s like to be an owl who can only venture out at night. I identify as a night owl and this story made me realise how much I take the day for granted. In The Owlet Who Craved The Sun, an owlet is fascinated by the Sun and wants to explore his surroundings during the day instead of being limited to the night. As I read the story, I found myself rooting for the owlet and hoping that he would not meet with an Icarus-esque ending. I felt his sense of freedom as he flew during the day, his terror as things went awry and the optimism of his poignant last words to his mother.

The Flood is a wonderful reminder of how often we forget what animals go through in the wake of a natural disaster and how we fail to account for their rescue. In this story, a dog is unwittingly left behind by his master, who manages to escape the flood. The dog howls for days, searching for basic sustenance and even goes as far as to protect his master’s property from thieves. However, no one comes to his rescue even though they hear his pitiable cries. After reading this story, it became apparent to me that we fail to consider the suffering of animals; we fail to empathise with them or show them kindness when it is needed.

Many of the stories in Animalia Indica show us exactly how important it is for us to not only treat animals with compassion but also to empathise with them. 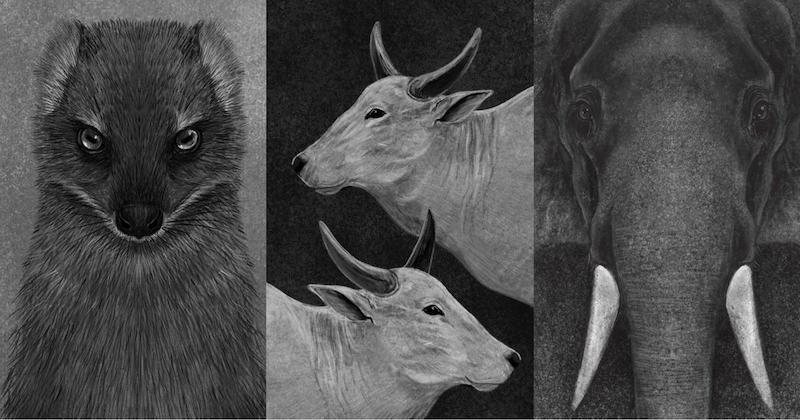 (Three of Rohan Dahotre’s illustrations for Animalia Indica via Scroll.in)

Especially when human sensibilities are at play, it is easier for us to see our own follies when reflected in animals rather than in other humans. Many of the stories in Animalia Indica do this admirably.

Syed Muhammad Ashraf’s And Then Laughed The Hyena is a complex story, which merits a couple of reads to really understand its import. The story shows us that we are much like the animals we are afraid of, in this case, the hyena. In this tale, a boy is afraid of the hyena prowling in his village and his Ammi explains to him that the hyena is a cowardly animal who cannot be trusted; he always attacks from the back. Slowly, we discover that many of the traits of the infamous hyena are mirrored in members of the boy’s family. Particularly searing is the look of recognition the hyena gives the members of the family at the end, almost as if to say that they are no different from him.

Paul Zachariah’s The Reflections Of A Hen In Her Last Hour is the chilling tale of a hen who seemingly falls in love with a fox. Ignoring all her instincts, she actually seeks to come closer to him than to run away from him and has even deceived herself to the point where she considers his predatory gaze to be one of love. The story is a reminder of how often we knowingly get involved with people we instinctively don’t trust. This is particularly true when it comes to love. We often remain in toxic relationships even though we know we shouldn’t. The story reflects a human’s ability to repeatedly do that which they know can only end badly.

Even The Owlet Who Craved The Sun seemed like a reflection of our desire to have our dreams come true and even serves as a warning to be careful what we dream about. I didn’t like the ending but that’s mainly because I prefer stories that end with dreams coming true and goals being met. After all, it is the crazy ones and those who dream of a world that doesn’t exist (yet) who change the world for the better. Perhaps, if the owlet had succeeded in his quest, he would have shown other owls that they don’t have to be afraid of the light. Perhaps, he would have inspired others to take a leap of faith instead of being satisfied with their state of affairs. 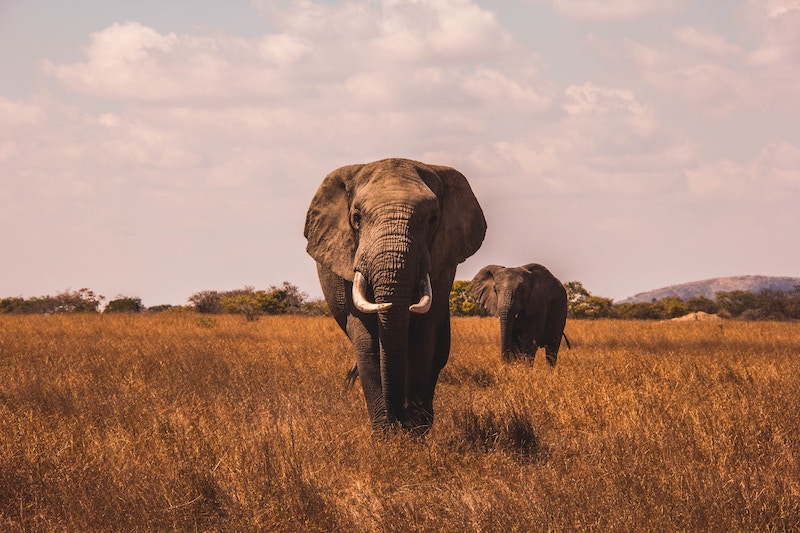 Animalia Indica is a well-curated anthology and it is apparent that each of the stories has been carefully chosen. They truly are “the finest animal stories in Indian literature”. Having said that, I was a little surprised to find George Orwell and Rudyard Kipling on the list. However, Roy explains in her introduction that: “The logic of selection that we’d set ourselves, primarily with the time period, meant that we would need to include not just ‘Indian’ writers but also those like George Orwell and Rudyard Kipling, those who have lived in the country and written about animals…”

We need to read stories about animals as they serve as reminders of why we need to be more mindful of how we treat them. It is not just for the sake of the planet but also for the sake of the humanity in us that we should start caring. Before I read Animalia Indica, I didn’t always think of animals as having complex emotions, feelings, wants, and desires, and I’m so glad that this book changed that for me. “Animal tropes impact how we value actual animals and humans”, and that is why it is important to read anthologies like Animalia Indica.