A Queer Life: A Journey Understood Through The Ministry Of Utmost Happiness 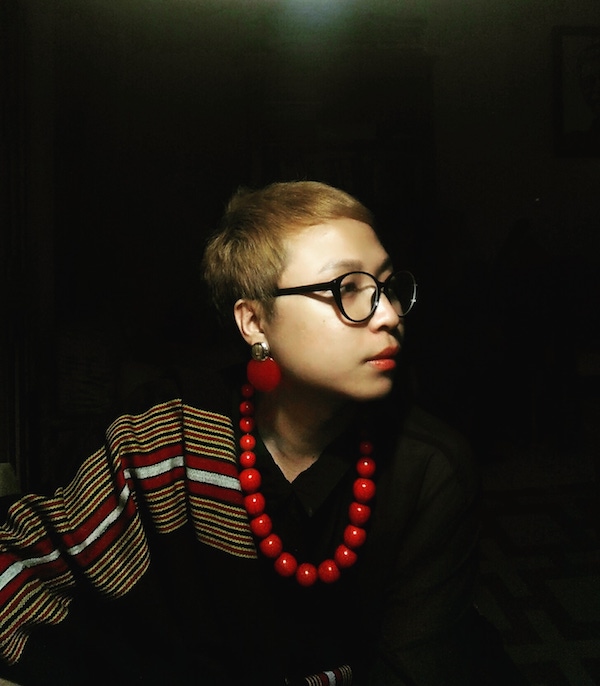 The cold air made the sparks seem even more intense.

My hand held as far from my body as my tiny arm would permit; I looked away, distraught and shivering. My father set ablaze the firecracker that he had forced me to hold.  My legs went weak in the deafening explosion that followed.

Growing up in Mizoram in the 1990s, this is a thing boys did; a feat of bravery as proof of an idealised masculinity. I did not like this, nor did I like the football and karate that was forced upon me by my enthusiastic father.

The family was gathered on the lawn to welcome Christmas with holiday firecrackers and my brothers, in a heedless holiday spirit, had taken hold of them, laughing as they exploded in their hands. My father chuckled at their antics with pride.

In the corner, tucked away behind my mother, I clutched the hem of her wrap-around, frightened because I knew that my father was going to ask me to do what my brothers had just done. But I was not my brothers. I talked and behaved like a girl because that is what came naturally to me. That is who I am. But my father was adamant that he would make me ‘manly’. Which is how I found myself shaking as the wick burned down on that cold December night. 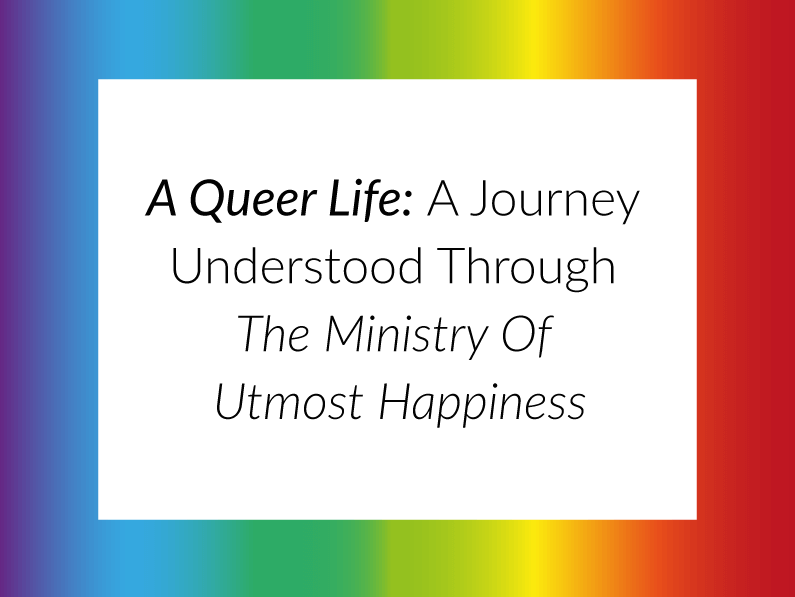 I spent my early days in a boarding house at a Jesuit School in Lunglei, a small town in southern Mizoram. In the early ‘90s, the books written in Mizo that we had access to were mostly about religion and philosophy and held little interest for us. Our exposure to Mizo culture came through the myths and war stories that were told to us as kids. Besides textbooks, there were a few Mills & Boon that family members had procured outside the state and thick encyclopaedias, which had more pictures to look at than text to read.

The idea of finding a queer-themed book had never occurred to me, despite my unquenchable thirst for more to read. When a young warden secretly lent me Lucky, a book by Jackie Collins, I came across a queer character for the first time. When I encountered Dario, the protagonist’s gay brother, I was thrilled to see a bit of queerness, a bit of myself, in a novel. But I struggled to see myself in Dario’s life and the setting of the book wasn’t relatable for a small town tribal queer like me. The only connection I saw was the way in which Dario, like me, was caught between his own identity and his family’s expectation of what it means to be a man.

In a small state like Mizoram, forms of queer representation were almost non-existent in our literature. But, although Christianity predominates in the state – and in my family – our pre-Christian history shares South East Asia’s long tradition of inclusive gender expressions. This may be the reason that we continue to see a handful of personalities bold enough to express themselves publicly. One was a singer named Ngurthangvela. His voice, nasal and croaking, sounded as if he had undergone hormone replacement therapy. His hips swayed like a belly dancer as he sashayed across the stage. He wore the first pink shirt seen on a man in Mizoram and his leather pants were as tight as pantyhose.

The men detested Ngurthangvela and the women wanted to befriend him. Though he was often a subject of ridicule, he had the last laugh; those who came to mock him also bought tickets to his show. I admired his elegance and nonchalance in the face of a sometimes jeering crowd. This inspiration helped me to endure some of the most disparaging things I experienced throughout my childhood. 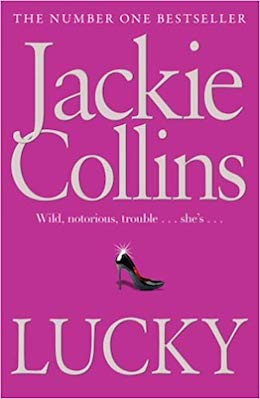 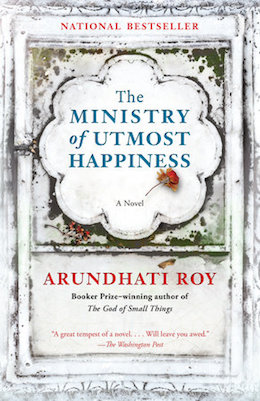 The consciousness of being queer and the struggles that came with legal recognition and the inequality faced by same sex couples were what got me interested in queer literature. My first exposure to it came from Arundhati Roy’s The Ministry Of Utmost Happiness.

In school, the novel’s intersex character, Aftab, who abandoned his male identity and embraced his femininity to later become Anjum, was subjected to schoolroom jeers of “He’s a She. He’s not a He or a She. He’s a He and a She. She-He, He-She, Hee! Hee! Hee!” The taunts brought me back to my Lunglei childhood, recalling the neighborhood aunts whispering among themselves as they looked at me: “Oh, that boy is so she-is!” (“Mizoised”). In The Ministry Of Utmost Happiness, as Aftab’s father forces her away from her days spent singing thumri and chaiti, instead regaling her with tales of battlefield valour, I think back to that firecracker slowly sizzling towards my fingers many Christmases ago.

Although Aftab and I managed to escape from the oppression our fathers subjected us to, our battles haven’t ended. Aftab might have moved away from home to become Anjum and live among other intersex women while I moved away from Mizoram, free to live on my own terms, there are certain things that will remain broken and unfixed.

“[God made hijras as] an experiment,” Anjum’s friend tells her. “He decided to create something, a living creature that is incapable of happiness. So he made us.” To Anjum, who has just found a hijra community, this notion is shocking. “How can you say that?” she asks, “You are all happy here! This is the Khwabgah!”

Anjum’s experience spoke to me. Dario came from a world in which I couldn’t see myself. Aftab/Anjum, while still far from Mizoram, spoke in a cultural language that felt far less foreign. And when Anjum spoke about happiness, I felt the familiar pang of being torn between the gender expectations of my culture and my own desire to be feminine, to become a mother. 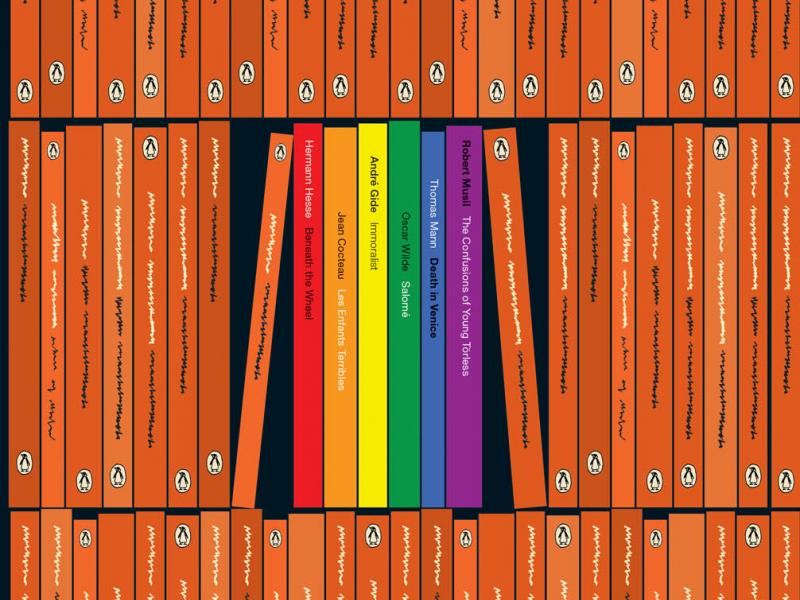 My parents don’t read novels often. I wish that they did so that I could give this to them. If more parents across India were able to access stories like these, fewer children would be left shivering and frightened, the firecracker about to burst in their hand, wishing that they weren’t forced to live a gender that they don’t feel.

Special thanks to Kerry Harwin.

Ben Zongte is a gender-fluid tribal poet from Mizoram and has been published a couple of times in mélange- The Sentinel Assam’ poetry section. Her/His choice of pronoun shuffles depending on the place she/he is in. She/He loves fashion styling and photographing friends. Her/His poems and photographs can be seen in on Instagram at @ben_zongte.