Why Entrepreneurs Should Read Fiction

On a Thursday evening, a motley crew of young entrepreneurs and two passionate authors got together at an event organised by CoWrks and The Curious Reader to discuss “Why Entrepreneurs Should Read Fiction” at the gorgeous CoWrks space in Worli. The sun had begun its descent over the grey Arabian Sea, and thankfully, the monsoon clouds had decided to stay at bay. There was a buzz in the air and people were keen to hear what others made of this unusual topic. The guests of honour were Shubhangi Swarup, author of the recently released Latitudes Of Longing and Tashan Mehta, who debuted last year with The Liar’s Weave. Congratulations were also in order as Swarup had just been longlisted for the inaugural JCB prize. 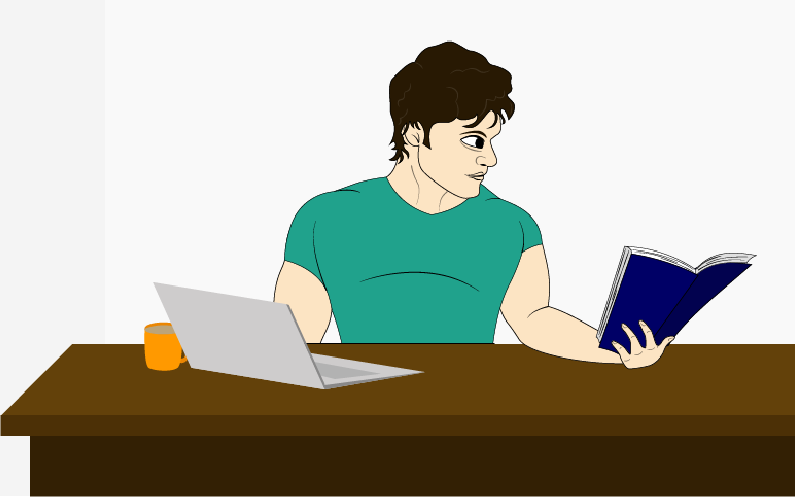 Swarup began the discussion by asking the ‘audience’ (I use the word audience hesitatingly as it was more a bunch of people discussing and not really a speaker-audience set-up) if they had any questions as entrepreneurs. One gentleman stated he used to be an avid fiction reader but had not read much fiction in about eight years, and likened reading fiction to watching TV. He strongly believed that reading non-fiction, an autobiography or a biography taught one much more than fiction. Mansi Shetty, founder of What Are You Reading Today, a website which recommends books based on your mood, joined the debate. She theorised that no non-fiction could help you break a pattern in which you are stuck as they don’t require you to think outside of the box and use your imagination like fiction does. Swarup then added that entrepreneurs should read fiction as it can help you with conceptual thinking and that people who stick to reading only business books become good CEOs but not necessarily good entrepreneurs as reading business books doesn’t develop creative or imaginative thinking.

Science fiction probably lends itself most to this point, and I was immediately reminded of how Ray Bradbury has been credited with coming up with the idea of earbuds and flat screen television in Fahrenheit 451. An entrepreneur can do one of two things: imagine a product and then create a market for it, or take an existing product, and imagine either a different use or another market for it.

Shetty made an excellent point – ultimately fiction serves as research. A few people were surprised by her statement so she explained- to really understand different personas, one should read a good book as a good author will have done their research when writing about their characters. Social media and traditional research have their limitations and can only present you with facts, but not mindsets or an understanding of a personality type.  Nonfiction is black and white while the world is grey. You get facts with nonfiction; with fiction you get relatability. Mehta added that entrepreneurs should read fiction as it helps readers slip into multiple lives- thus you can market your product better to people because you now understand them. I suppose G.R.R. Martin said it best when he said, “A reader lives a thousand lives before he dies. The man who does not read lives only one.”

For me, research has always been a lot more about pure numbers. You need to study the market and its purchasing power, and all sorts of other parameters have to be analysed. Interviews and focus groups do serve the purpose of qualitative research but they’re a costly proposition and don’t often give the best results. That’s where fiction plays a beautiful role- you can read in depth about a certain type of character, who belongs to a certain socio-economic class, and understand what it is that they really want. 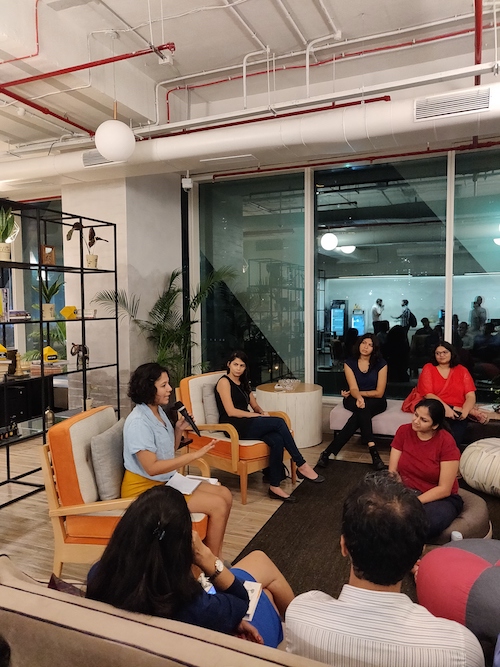 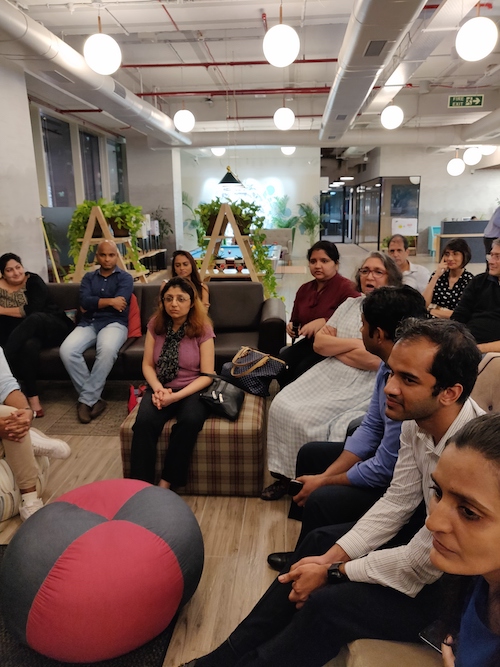 Mehta raised a valid point- according to her fiction uses empathy to make us relate to things which are completely alien to us. She used Leila and The Handmaid’s Tale as examples of books that are set completely in the future (an alien world) and therefore force the reader to delve into human emotions, relationships, power dynamics, gender issues, etc. and to look at connections and emotions and not the facts. Entrepreneurs should read fiction so they become more attuned to how people think and can create products that appeal to the emotions of a person and not just their needs. Everyone agreed that ultimately it is the heart that sells and that’s where fiction is way more powerful than nonfiction.

I never really thought that empathy had a strong role to play in making a business successful. This point, raised by the authors and other entrepreneurs, did resonate with me. Look at the success of United Colors of Benetton- they may be selling clothes, but their campaigns have always appealed to the emotions of people. Through their brand name, slogans, choice of models, they’ve shown that they stand for inclusivity. They launched at a time when the U.S. was just about accepting non-segregation and they appealed to the emotions of people, and not just their fashion sensibilities.

I could talk more about what else I learnt that evening in so far as why entrepreneurs should read fiction. Whether it was Mehta’s point that fiction is ultimately a story and selling their own story is really what entrepreneurs are best at, or an audience member who said that a movie tells you how to think, but a book makes you think for yourself, and that is exactly what entrepreneurs need to do.

But I do think that Swarup summarised it best when she said, “Could you have pre-empted demonetisation by research? You could have researched the world out but you didn’t see it coming… Fiction helps you deal with situations like it. Research has a cocky element to it. You feel you’ve read 10 books and you know your shit. Fiction is a humbling experience. It helps you deal with uncertainty.” And really, one of the best lessons an entrepreneur can learn is how to deal with uncertainty, and make it into an opportunity.