A new year means new books and new reading challenges. At the start of 2020, we have a number of amazing options awaiting us within Indian fiction. We have books from acclaimed writers like Jeet Thayil and Namita Gokhale, an espionage thriller, mesmerising translations, and we honestly cannot wait. Here’s to an exciting and literary start to the new decade. 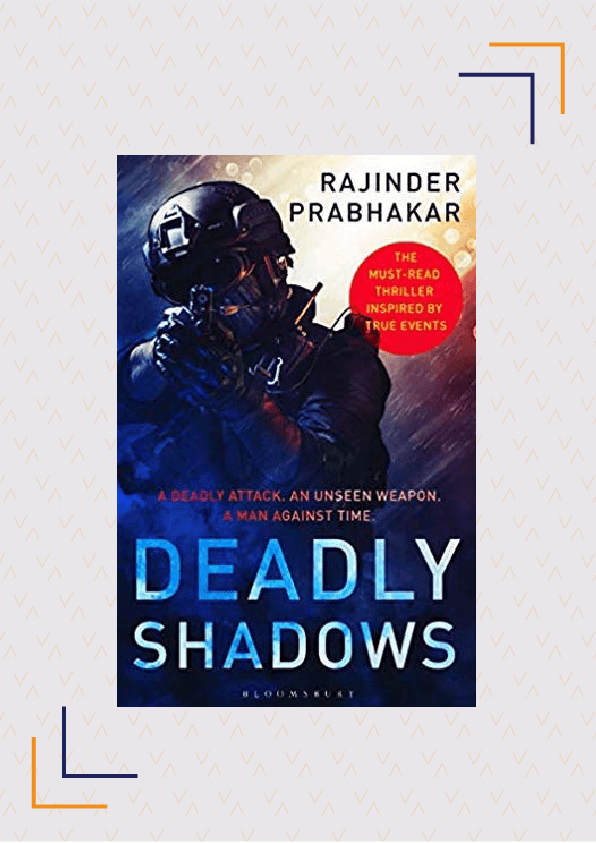 A mysterious weapon strikes the rural areas in India, and intelligence agencies begin to fear that there are more to come. A catastrophe is on its way, one that has the potential to annihilate India. Adit Ohri, elite commando of the 53 SAG is assigned to chase down the attackers before it is too late. Though everything points to India’s long-established enemies, what Adit finds as he chases down the leads might shock everyone. An espionage thriller, Deadly Shadows, will have you gripping the edge of your seat as you feverishly turn the pages to get to the conclusion. 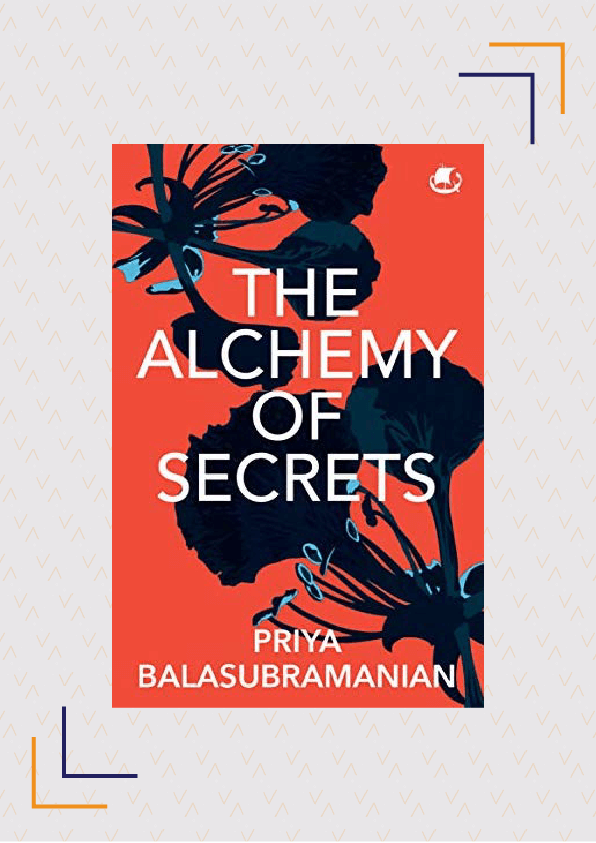 The Alchemy Of Secrets

Hearing the news of her grandmother’s deteriorating health, Mira has no choice but to return to Bangalore, the city she ran away from seven years ago. But she is unable to forget what had transpired all those years ago, and the precious friendship that had made her days in Bangalore happy. Mira’s life changed forever when politicians provoked the religious sentiments of people in the city in the aftermath of the destruction of a mosque. Upon her return, Mira has to face a city teeming with religious strife and uncover the secret of her mother’s death during the Emergency. Priya Balasubramanian’s debut novel is a story of how the smallest things have the biggest consequences. 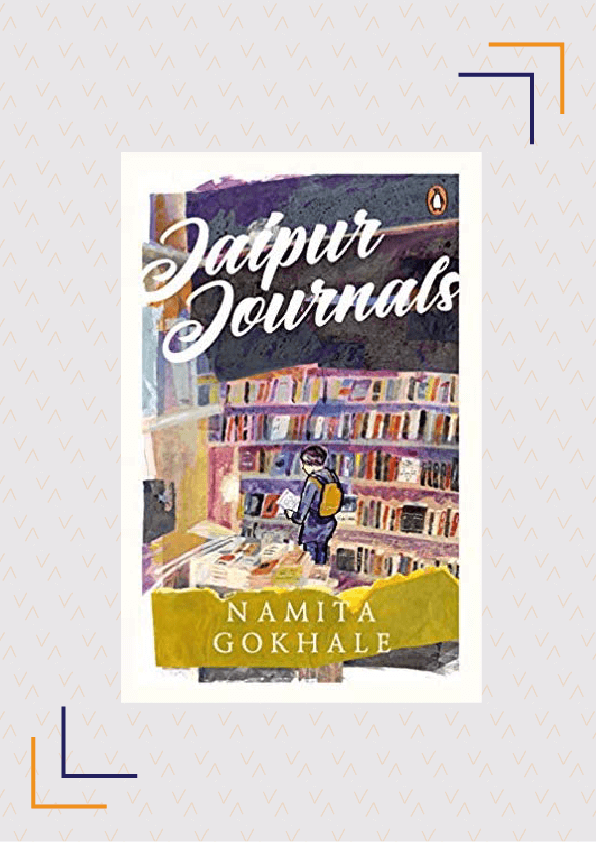 An author receives threatening letters, while a historian meets a long-lost love. There is a robber with a love for poetry, and an American woman seeking the India of her youth. Set against the backdrop of the famed Jaipur Literature Festival, these stories of love, loss and hope are told in a narrative that is funny yet poignant way. Jaipur Journals is a book unlike any other. 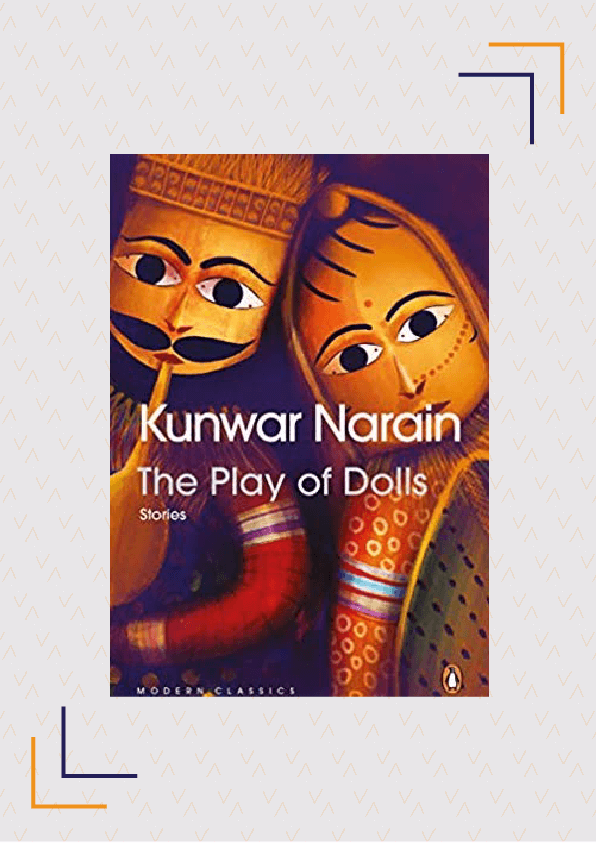 The Play Of Dolls

Stories of love, existential crisis, hope, fantasy, history and comedy come together in The Play Of Dolls. These layered stories seek to find tales of people navigating an unjust world, while keeping the flame of hope alive. An esteemed Hindi author, Kunwar Narain’s collection of short stories was widely acclaimed and praised for its unusualness. Now translated to English, these stories will be read and welcomed by many more. 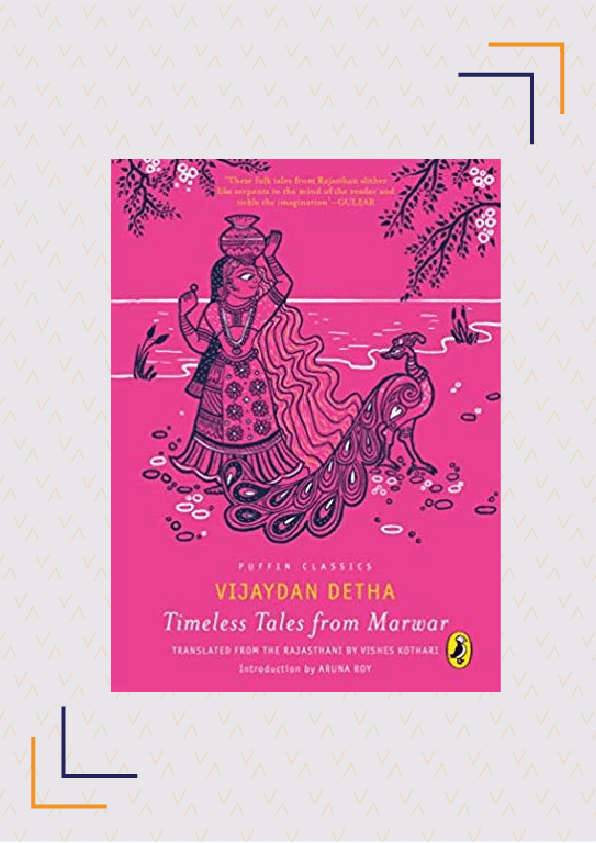 Sahitya Akademi Award-winner and Padma Shri Vijaydan Detha was known as the Shakespeare of Rajasthan for his celebrated work, Batan Ri Phulwari (Garden Of Tales), a 14-volume collection of Rajasthani folk tales collected and written over nearly half a century. Timeless Tales From Marwar is a selection of some of the oldest and most popular folk tales from Batan Ri Phulwari and features tales of evil witches, clever insects, kind snakes and handsome princes. This translation is your window into the world of Rajasthani folk literature and Detha’s rich literary legacy. 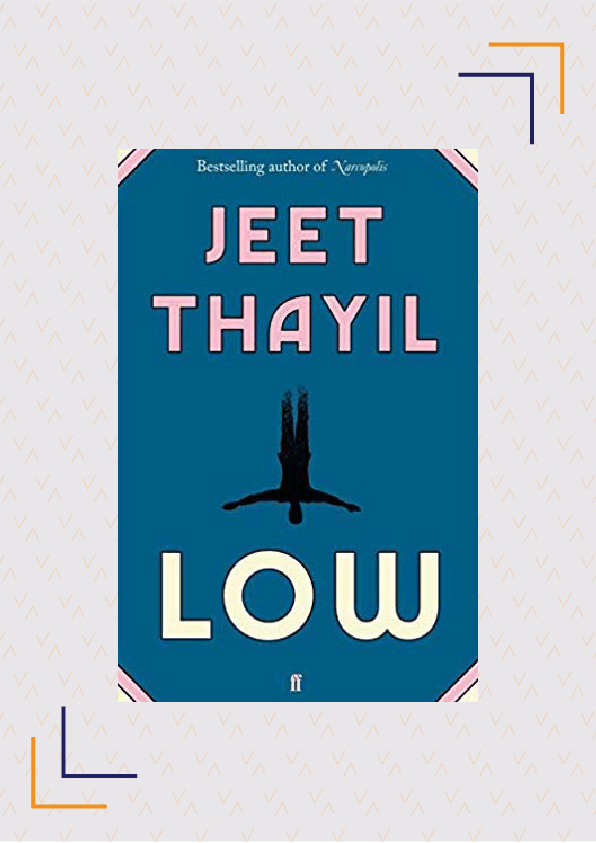 Dominic Ullis arrives in Bombay in the wake of his wife’s death, heartbroken, grief-stricken and needing to escape from the memories. Getting high on a new drug Meow Meow, Ullis takes a ride through the city, and meets its many inhabitants, each with a peculiar story of their own. But whom can he trust, when he cannot trust his own mind, which is hazy from the drugs? Jeet Thayil’s newest novel is an (mis)adventure one should surely not miss. 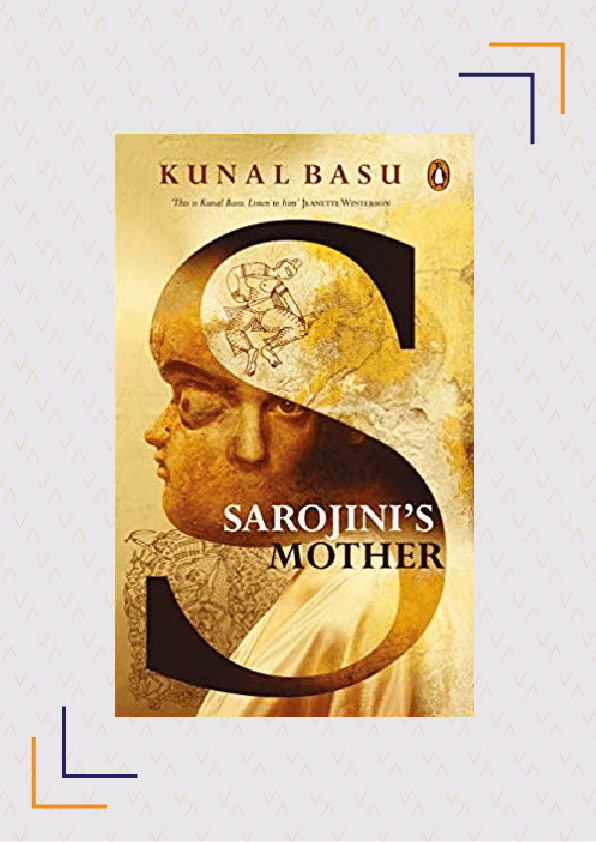 Even though Sarojini grew up in England, she was originally adopted from Calcutta as a child. The death of her adoptive mother and the loss of her original documents are only the start of her problems, as she arrives in Calcutta to find her birth mother. There, she finds unlikely help in the form of Chiru Sen and his band, and Suleiman, a bookie. Her path leads her to Jamuna, who lives in a slum and has a difficult past. Soon after, another woman, Urvasi, claims to be Sarojini’s birth mother. Who is Sarojini’s real mother? And how will Suleiman of all people be the one to uncover the answers she seeks? Pick up Kunal Basu’s novel for these answers, and the journey of a lifetime. 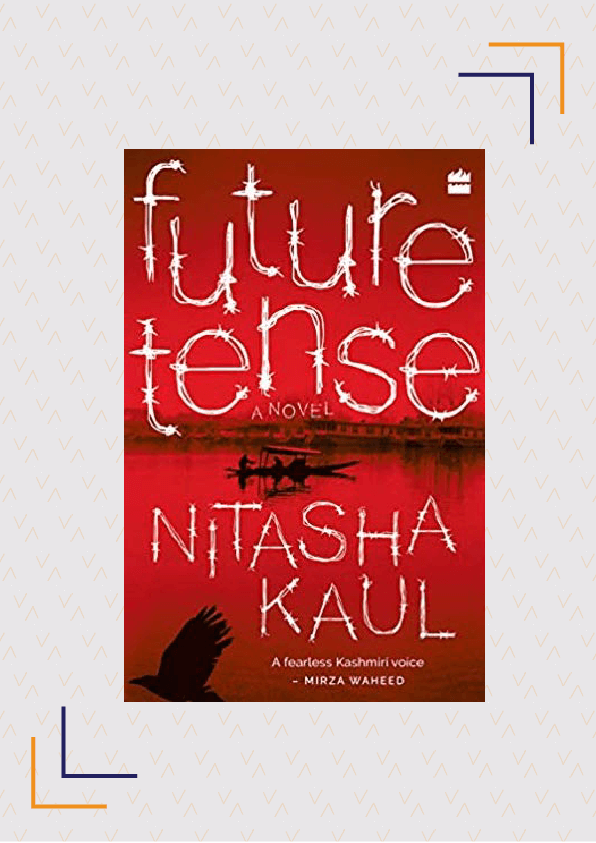 Fayaz, the son of a former militant, is dealing with marital troubles. His nephew, Imran, is drawn to the resistance in Srinagar. Then there is Shireen, a spy’s granddaughter, who comes to know exactly how her family’s history is entwined with Kashmir. In Future Tense, these characters’ lives are woven together against the backdrop of Kashmir, in the midst of love, militancy and betrayal. 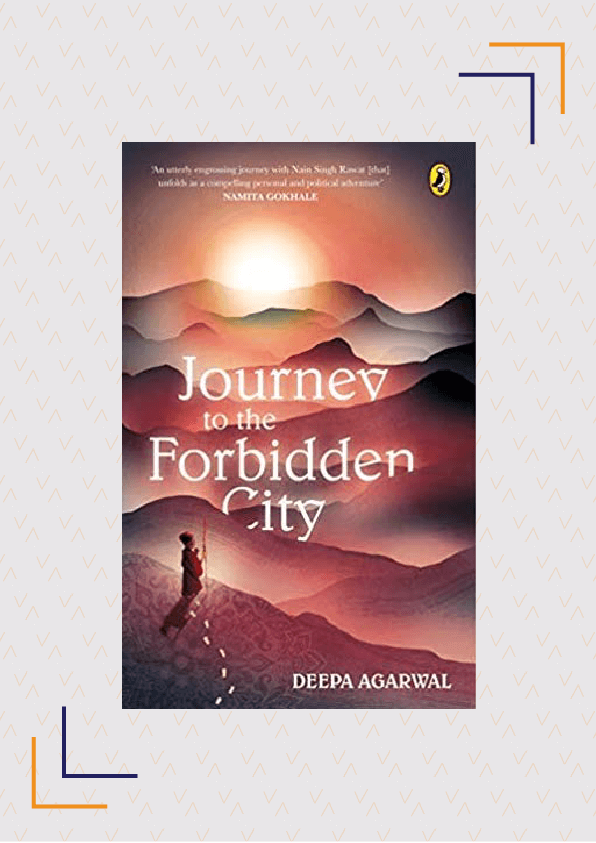 Journey To The Forbidden City

In the 19th century, Tibet was a geographical mystery. No one knew where its capital was located, or which rivers and lakes could be found on this land. Nain Singh Rawat, an Indian explorer, was tasked with unravelling the mystery of Tibet. Rawat put Lhasa on the world map by risking life and limb to travel across the country and identify innumerable villages, cities and people. Journey To The Forbidden City is based on Rawat’s diaries and follows the journey of one man as he went from being a poor village schoolteacher to becoming a legend. This book is sure to keep you enthralled. 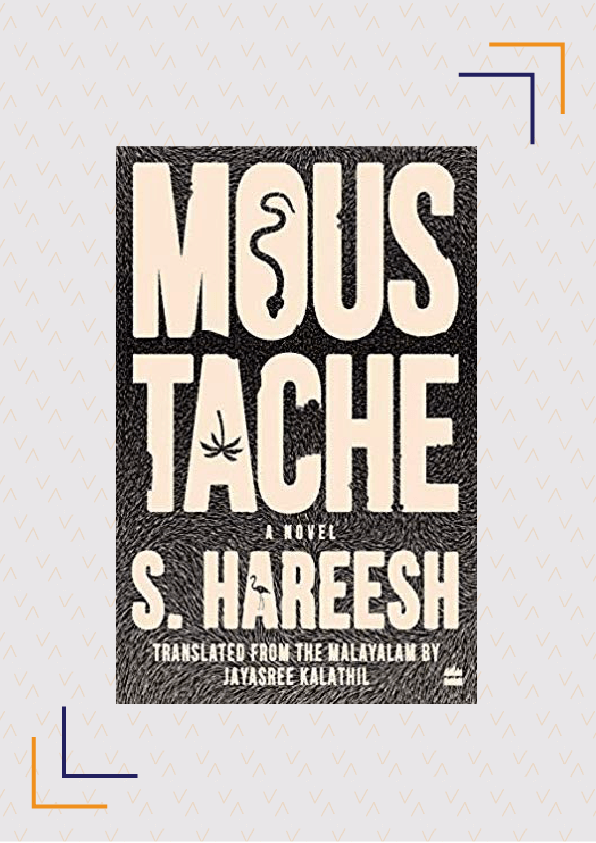 Vavachan, a Dalit, is cast to play the role of a moustachioed policeman in a musical drama. Even though he has no dialogues and has only two scenes, the upper caste audience get upset, as Dalits are not allowed to grow facial hair. Vavachan refuses to shave off his moustache and runs away. In his absence, people invent magical tales about him and his moustache, turning Vavachan into a mythical figure. What follows is a spellbinding tale of magic and myth. Translated from Malayalam, Moustache is an unmissable tale.

Disclaimer: Some of these books were previously available on Kindle or as international editions which were available for import. This list features Indian editions of these books, which tend to be more affordable. The information featured here is accurate as of December 30, 2019.