How Reading Helped My Socially Awkward Self Make Friends

People are like books. There are millions of people, just like books, around the world, but it may be difficult, nay, impossible to read all of them. Like books, people may be humourous or thrilling or romantic (or horrifying or fantastic?) And lastly, like books, people might appear to be exhilarating on the surface, but might be boring or close-minded or even dishonest at heart (and yet, I beseech you – please don’t judge a book by its cover!). These are some of the reasons why I’m as overcautious and restrained with books, as I am with people. Well, because, people can sometimes break your heart, just like books. And just like books, people can often turn your day round, when you least expect it.
I discovered this about a year ago, on a khakra-crisp September afternoon at a café in Bangalore. Although a bookworm, for as long as I can remember, I was always quick to dismiss the idea of conventional book-clubs. Book-clubs came with the shackles of adhering to one book, a systematic and pedantic discussion and the possibility of a fun activity becoming mundane. However, on that September afternoon, I was determined to get over my social awkwardness and walked into this café for Dialogues with Books. What could go wrong, I told myself as I painstakingly walked from my house to this newfangled café where you paid for time, instead of food. Little did I know that I would be looking forward to this book-club every second Saturday of the month. 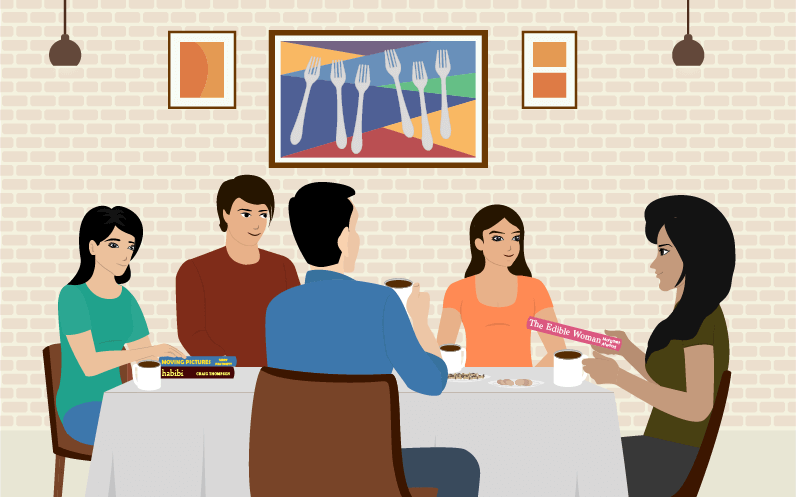 I met V at the front of the café. V is the co-founder of the café and ‘Dialogues with Books’ was his brain-child. V is a dreamer-vagabond with a management degree – a complete oddball. He is a Fernando Pessoa with the stark discipline of Ray Bradbury. Back then, V used to host ‘Dialogues with Books’, while managing his café – an extraordinary feat. That afternoon, V mistook my social awkwardness for the nonchalance of a non-reader, and boy, was I offended! After this exchange, I was determined to explain to V, in as many words as possible, that I was an incessant reader. At the end of the book-club, after spewing the critical theory of several books – mostly Atwood and Orwell– V admitted defeat and we became friends.

Though at the helm of affairs at the café, V is a traveler at heart – for me, he is like From Heaven Lake: Travels Through Sinkiang and Tibet by Vikram Seth. I read this book in high school as part of my Literature in English course; in the beginning, I couldn’t wrap my head around the inclusion of a travelogue in the syllabus, but then, I grew to love it – a perfect depiction of V and my friendship. The book is based on Seth’s remarkable and unorthodox journey from western China on to the Qinghai-Tibet plateau and Kathmandu, and ultimately to Delhi. The book surprises its readers as it explores the point of borders and boundaries, and is studded with poetry –

Against a common dawn

Catch what poor sleep we can

And sleeping drag the same

Sparse air into our lungs,

And dreaming each of home 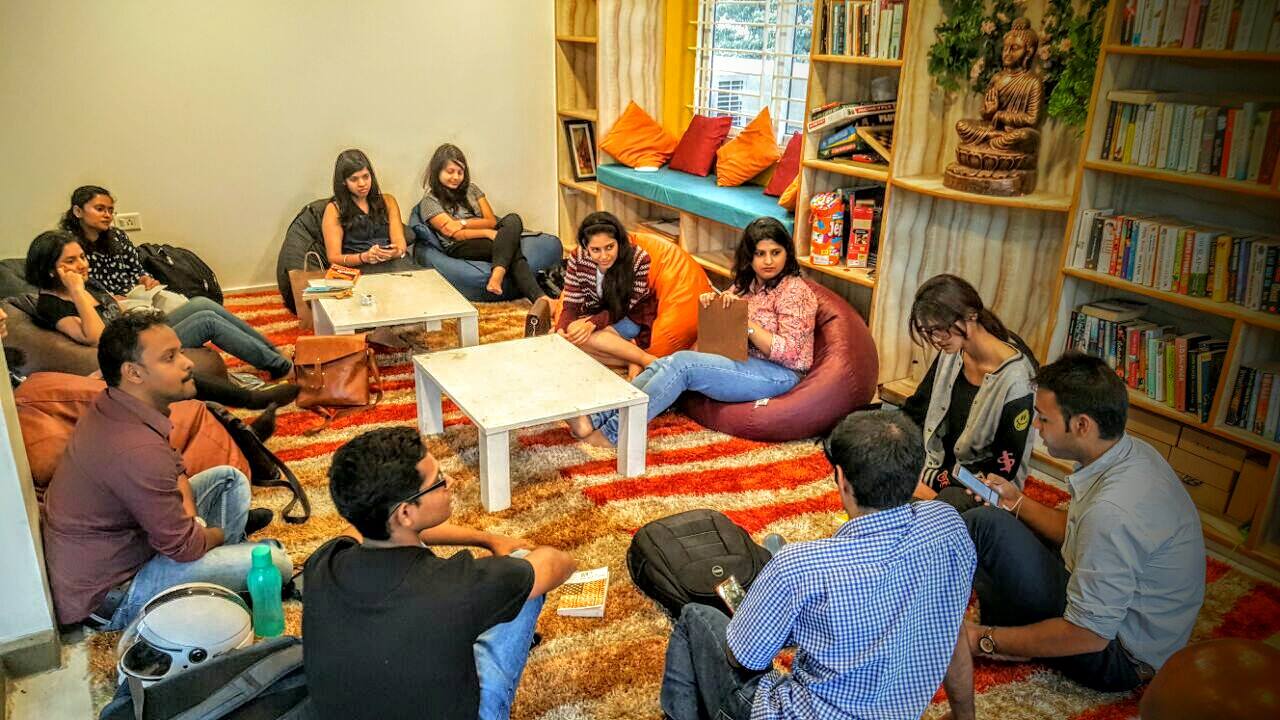 S, who began attending the book-club meets around the same time as me, and later went on to start his own ‘Dialogues with Movies’, is, in fact, a movie-lover in a bookworm’s clothing, but let’s not begrudge him that. S is the quintessential copywriter – he is crisp with words, is often photographed hiding a sardonic smirk and is very much like his favorite comic character, Wimbledon Green – he collects books and shows them off, but his friends often wonder whether he even reads them. If S were a book, he would be Terry Pratchett’s Discworld novel, Moving Pictures, a satire of Hollywood with its fixation for fame and fortune. In many ways, Moving Pictures is about how things are always more than what meets the eye. – “The whole of life is just like watching a film. Only it’s as though you always get in ten minutes after the big picture has started, and no-one will tell you the plot, so you have to work it out all yourself from the clues.”

Another friend from the book-club, A is a cross between Chimamanda Ngozie Adichie’s Dear Ijeawele, or A Feminist Manifesto in Fifteen Suggestions and my favourite author, Margaret Atwood’s prescient first novel, The Edible Woman. A is my age but seems like she is as old as the hills – with her long, meandering bookshelves and her ability to remain resilient in the face of all adversity. She is suspended between the realms of fiction and non-fiction; she is both there and not there. She reminds me of Dear Ijeawele simply because I see her following her own feminist manifesto, and encouraging other women to never shy away from being themselves. In her very bizarre way, she is the feminist I’d love to become. But in most ways, A is like Marian, the protagonist of The Edible Woman – an ordinary woman who cannot calm (for good reason) her inner rebellion – “What else can I do? Once you’ve gone this far you aren’t fit for anything else. Something happens to your mind. You’re overqualified, overspecialized, and everybody knows it.” 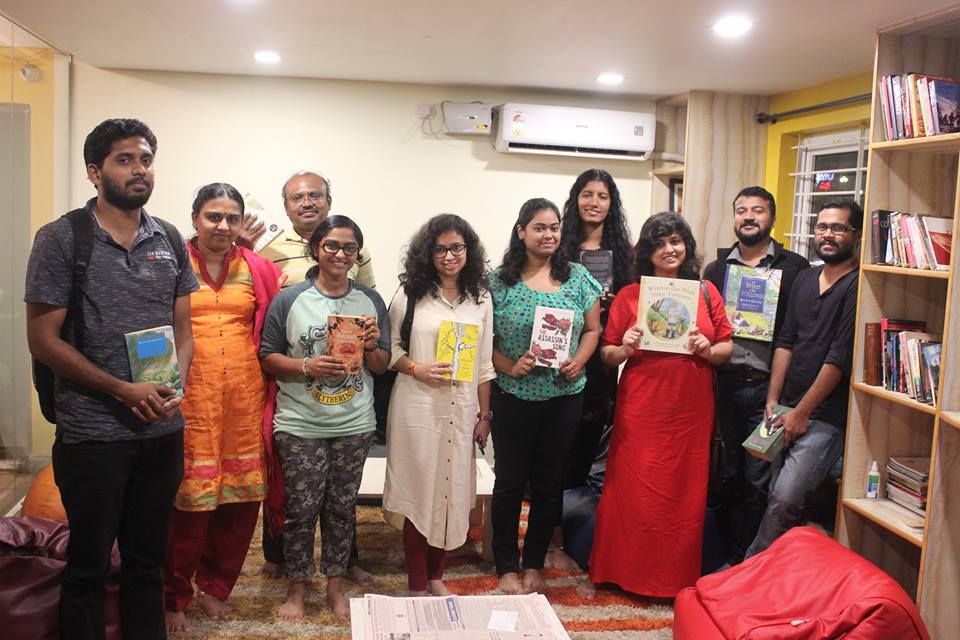 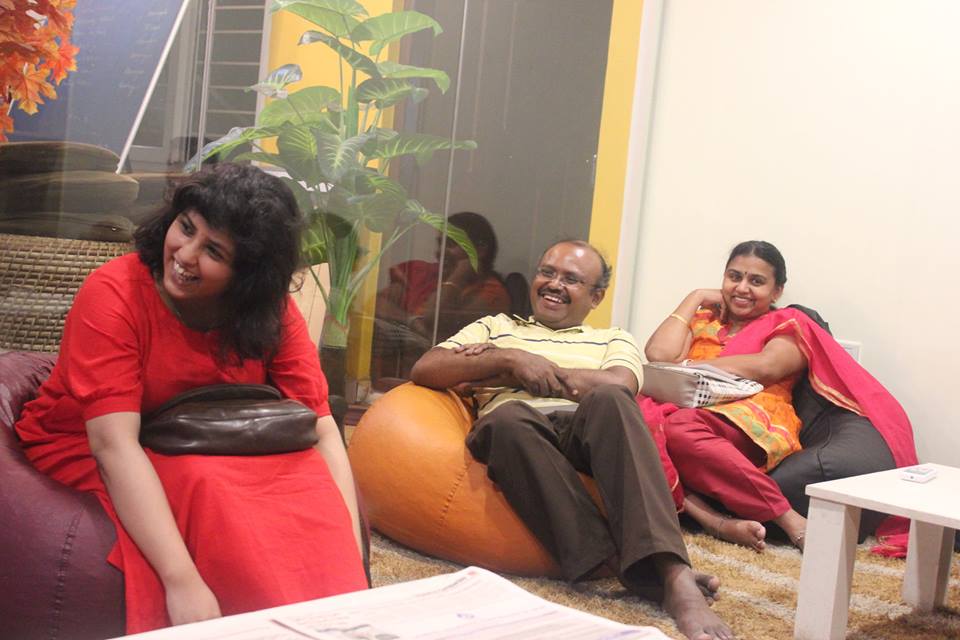 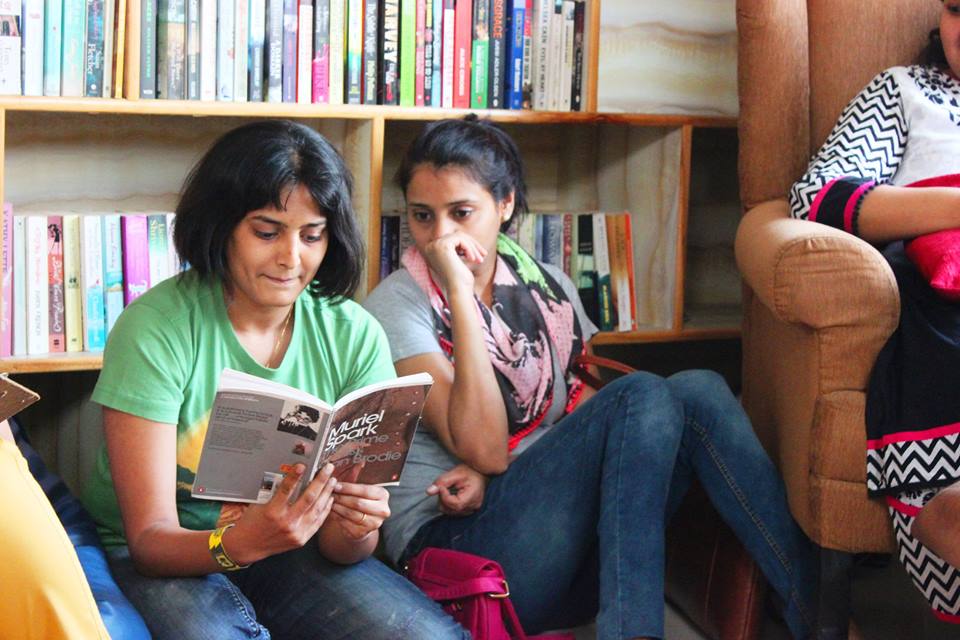 I read the M Train by Patti Smith around the time I met N at the book club earlier this year – she was late to the event, traversing from another end of the city but she was there: almost content at having made the journey successfully. N is a scientist who is deeply moved by all things poetry – an unlikely, but thrilling combination. In subsequent meetings with N, she was always making the journey- escaping the draconian thrills of social media, reciting poetry, and shaking her fists at patriarchy. N, like Smith’s book, is an elegiac contemplation on the beginnings and endings of journeys; one who is likely to quote from Oscar Wilde, and mourn the demise of Cassini in the same breath – “I believe in movement. I believe in that lighthearted balloon, the world. I believe in midnight and the hour of noon. But what else do I believe in? Sometimes everything. Sometimes nothing. It fluctuates like light flitting over a pond.”

Then there’s P – he’s not about genres at all. You cannot put a person like P in a neatly categorized box. P is everywhere and nowhere, and you must always aspire to have a friend like this. P blends into whatever books he wishes to, whenever he wishes – it’s a neat habit, I think. Also, I have never seen P with a paperback or a hardback. P is the full convert, his uncovered, e-reader fitting snuggly in the front pocket of his breeches. Oftentimes, P will look up from his beverage (mostly a protein shake), or suddenly text on a Saturday morning asking for recommendations on books that will help him escape reality. P reminds me of one of my favourite books, The Guernsey Literary and Potato Peel Pie Society by Mary Ann Shaffer because he is one of two people who I know enjoyed the book as much as I did. Also, because P is like the book – as a friend, he creeps up on you almost suddenly, and then you’re glad that you stayed friends. 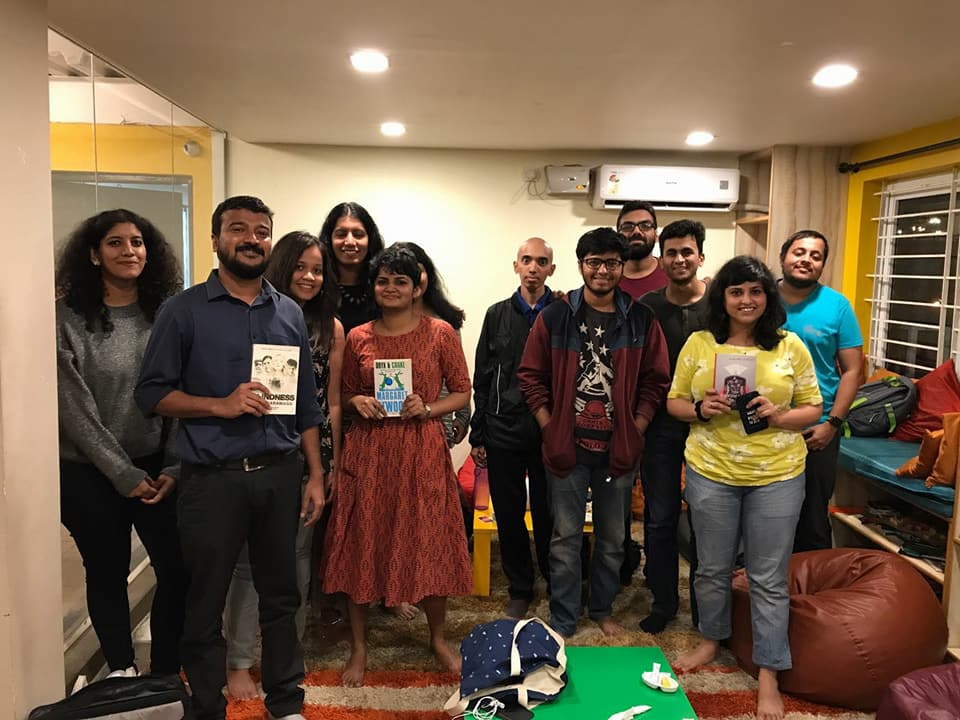 Lastly, we have R and M who are unreasonably in love with each other and hence married to each other. R is the archetypal quiet husband, and M is his adorable, happy-go-lucky wife. I know only three personal things about them – firstly, that they are married to each other; secondly, that they share a collective love for food, often making friends with chefs and restaurant-owners all over Bangalore, and third, that they love graphic novels – especially M, who lights up every time we speak of graphic novels at the book club. In fact, at one book club meet, M discussed so many intriguing graphic novels that I have taken to them with all my heart, reading over 15 graphic novels since July this year. If R and M were a book, they would be Relish: My Life in the Kitchen by Lucy Knisley, which is a food-themed memoir of Knisley herself, who celebrates her love for food through her art. The way Knisley describes everything food – whether it be the beautiful description of a Big Mac or a Venetian croissant – reminds me of how these two speak animatedly and passionately of food.
There, you seemed to have met all my friends in Bangalore, whom I bonded with because of our love for reading. Clearly, my love for reading trumped my social awkwardness and helped me make friends in a strange city where I knew no one.

Take a peek at some of the books Deya’s read with her book-club.