An Introduction To Carol Danvers A.K.A. Captain Marvel 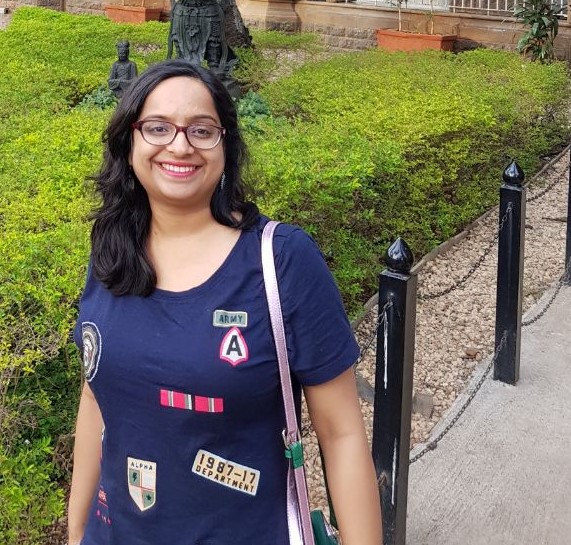 Captain Marvel is a superhero in the Marvel Universe, created by Stan Lee and Gene Colan. The character first appeared in a comic in 1967. Mar-Vell, an alien of Kree origin, played Captain Marvel (his human alias was Dr Walter Lawson).

Since then, several other characters have donned the mantle of Captain Marvel, including Monica Rambeau, Genis-Vell, Phylla-Vell, Khn’nr, and Noh-Varr. Since the 2012 series, Carol Danvers has been Captain Marvel (Captain Marvel (2012) #1), and she features in the film. 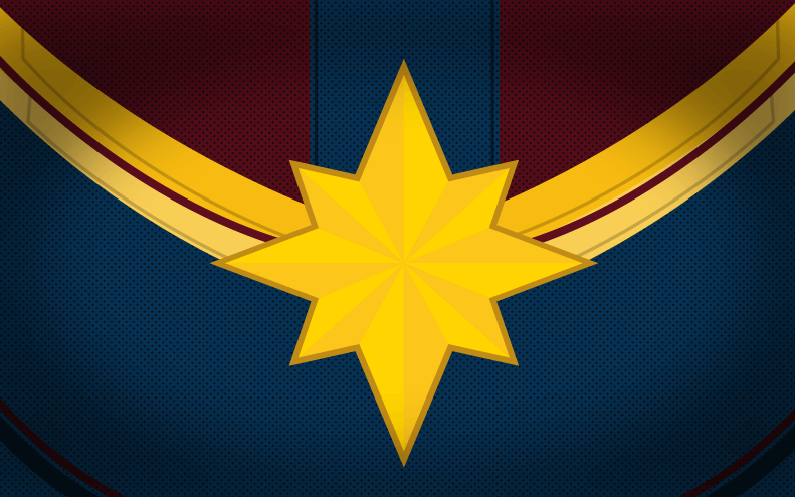 Carol Danvers is the creation of writer Roy Thomas and artist Gene Colan, first appearing as an officer in the U.S. Air Force in the 1960s, In the comic books, Danvers was born human but acquired superpowers after an alien explosion (more on that a bit later). She then became the first Ms. Marvel (Ms. Marvel (1977) #1), and went several avatar changes, even adopting the monikers Warbird (Avengers (1998) #47) and Binary (Uncanny X-Men (1963) #164) briefly. On the professional front, in addition to a U.S. Air Force pilot, Danvers has also been the NASA security chief and worked in a women’s magazine. She is also the leader of the Alpha Flight Space Program (Captain Marvel (2016)). She was the second female leader of the Avengers, after Monica Rambeau.

Danvers’ contribution to saving humans, the planet and even the galaxy has been vital, as she has been sent on several critical missions, such as when she fought Ultron as Ms. Marvel and stopped missiles from hitting New York City. She has also fought alongside several superheroes and superhero teams, such as the X-Men, Guardians of the Galaxy, S.H.I.E.L.D., New Avengers, Mighty Avengers, Defenders and the Starjammers.

How did Carol Danvers get her superpowers?

Danvers was caught in an explosion of the Kree device Psyche-Magnitron, along with Mar-Vell, who was a Kree warrior. The explosion left Danvers badly injured. But the energy released by the Psyche-Magnitron also mutated her DNA, so she bounced back with a bit of Kree in her, which led to superpowers. The result? Carol Danvers became Ms. Marvel, and one of Earth’s mightiest heroes.

What are Carol Danvers’ superpowers?

Danvers has superhuman strength, endurance and durability (think Superman and Captain America). She can lift a train (2012 series) and punch asteroids to bits (Captain Marvel 2016 #1). She can produce energy blasts using her hands and absorb many forms of energy, with which she can increase her strength. Danvers can fly faster than the speed of sound and breathe in a vacuum, which means that she can survive in space. In Mighty Captain Marvel #1, Danvers flies 240,000 miles through space in a jiffy. Danvers also has a reported “seventh sense” by which she can anticipate an opponent’s next move. Very useful in a fight! In her Binary avatar, she could control radiation and gravity. But these powers are mostly dormant now. 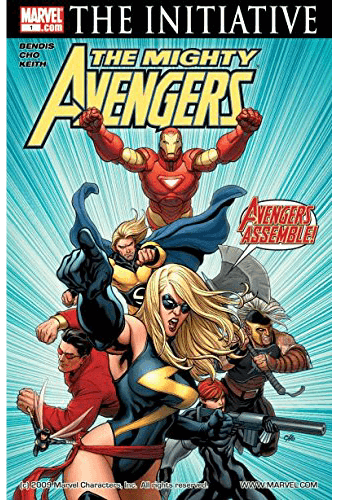 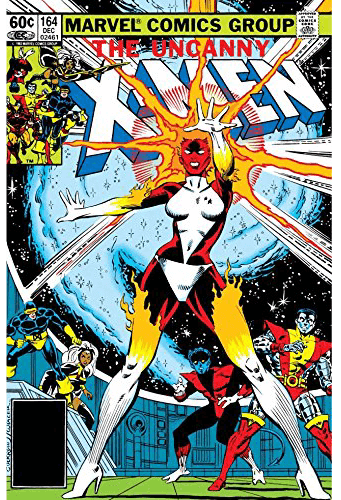 Danvers had been a reliable character of the Marvel universe, proving her mettle several times since the 1970s. She mostly appeared in ensemble casts and didn’t have a standalone series for decades.

Even though she wasn’t a headlining character, Danvers was popular among fans, with leading entertainment site IGN ranking her number 11 on their list of the top 50 Avengers.

But Marvel writers Brian Michael Bendis and Brian Reed saw in Carol Danvers a powerful character who had been neglected. She was similar to DC Comics’ Superman, she fought well among powerful superheroes and against supervillains, and she had a bit of a fan following. Besides, comic book publishers are always seeking fresh storylines and diverse characters to attract new readers.

So the responsibility fell on the shoulders of Kelly Sue DeConnick to revive Carol Danvers in 2012, but this time as Captain Marvel.

As the writer said in an interview, “I didn’t feel like it [Carol Danvers series] was super high on their [Marvel’s] priority list, for incredibly good reasons. …it [Carol Danvers] was a C-list character and a C-list writer, and a brand-new artist.”

Not exactly. For the 2012 series launch, writer Kelly Sue DeConnick promoted the books with her own funds, making fan souvenirs like postcards and buttons. 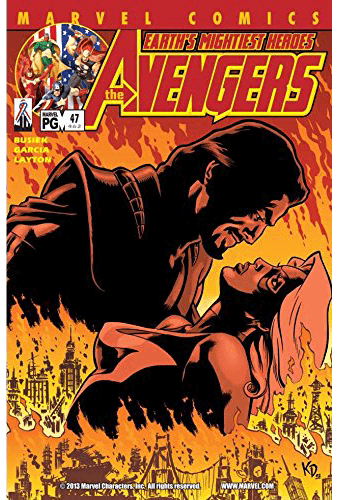 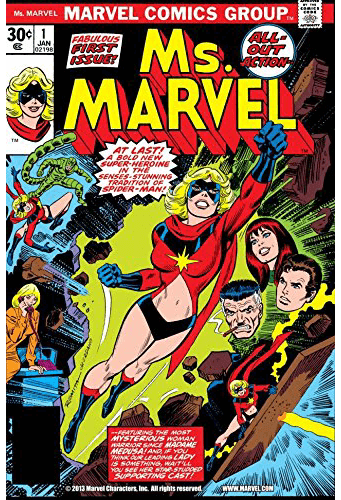 How is Carol Danvers as a person?

Danvers is like any other girl. She has a sense of humour, she is compassionate, and she needs coffee in the morning.
And oh, she loves cats.

But she is also a superhero with intergalactic responsibilities, so duty and honour are important to her, though she isn’t as by-the-book as Captain America.

In the past, Danvers has battled depression and alcoholism (when she was Warbird). She has also been in love, first with Mar-Vell, and then with James Rhodes (Captain Marvel (2014) #1).

She is also a fiercely loyal friend, turning up at Tracy Burke’s side within minutes of her call as Burke’s partner lay dying, and was shattered when Burke died (Captain Marvel 2014-2015 #15). She has fought shoulder-to-shoulder with her closest friend Spider-Woman, and even though they had a bitter fight, Danvers apologised and the friendship revived. (Mighty Captain Marvel (2016) #0).

Danvers is not perfect, which makes her very human and very likeable.

Carol Danvers is a feminist, isn’t she?

Danvers was far ahead of her times in a lot of ways. As early as the 1960s, she was an ace pilot. She became a serious crime fighter in the 1970s, a time when people saw women almost exclusively in domestic roles and conventional jobs.

In one story (Ms. Marvel 1977 #1), Danvers negotiates a pay raise from a male magazine editor, in sync with the “equal work equal pay” demands of the era.

Her original superhero name itself—Ms. Marvel—is a reference to the feminist notions of the time, when women ditched Miss and Mrs. to adopt a neutral title.

Was Danvers embroiled in any controversies over the years?

Unfortunately, yes, at the hands of the mostly male writers.

The most controversial instance is her rape (when she was Ms. Marvel). In a 1980 storyline (Avengers #200), Danvers was kidnapped, drugged and raped by a villain named Marcus, who then impregnated her using a machine, without her knowledge or consent.

The writers handled the aftermath of the rape with very little sensitivity. When Danvers found out she was seven months pregnant, her Avenger team members cheered her on for having a baby even as she was angry and shocked.

Later in the story, she developed feelings for her rapist even after knowing what he did. When she decided to go away with him, her Avenger friends didn’t stop her despite knowing the truth. 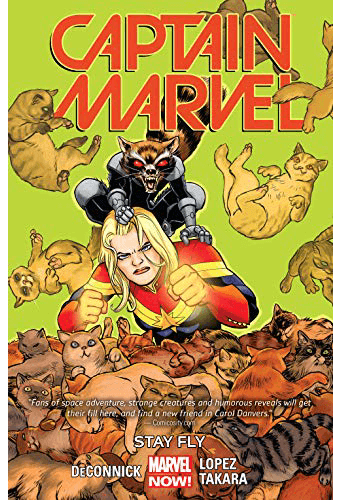 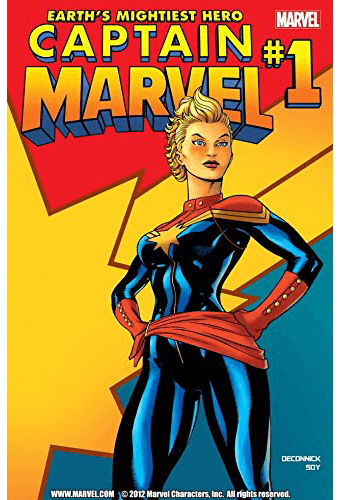 Why did Marvel choose Captain Marvel as the first female superhero to get her own movie?

A Marvel Studios film with a female lead has been overdue.

There are many possible reasons why Marvel Studios chose Captain Marvel for their first superhero female lead. Or perhaps, studio executives thought that Scarlett Johansson’s (Black Widow) audience wasn’t the right demographic, or that Elizabeth Olsen (Scarlet Witch) didn’t have much of a following.

Captain Marvel, on the other hand, acquired many new fans after the 2012 series, fan sites liked her, and her Superman-like powers would translate well on the screen. This meant that a Captain Marvel film with Carol Danvers as the lead character was likely to get good numbers for the studio.

Is the Captain Marvel film like the comic books?

Partly yes, because the Captain Marvel character in the film is based on the Carol Danvers series written by Kelly Sue DeConnick (she was a consultant on the film).

And maybe not, because storylines from comic book series are often adapted for the movie format, with variations in characters and plots.

The Captain Marvel film marks the beginning of a new character journey in the Marvel Cinematic Universe, a character with cool superpowers, a dynamic personality and many layers. This means many more exciting films to come, starting with the upcoming Avengers: Endgame, in which Captain Marvel is rumoured to play a critical role. Exciting times for all comic book and superhero fans!

Rohini Kapur is a writer based in Mumbai, working on everything from corporate projects to fashion blogs. She speaks Spanish and is a fan of tennis player Rafael Nadal. As a moody yet avid reader, she devours everything from science fiction to chick lit to history. Her favourite hobby is looking for ways to procrastinate over the arduous task of putting fingers to keyboard. She also likes to cook, practise yoga and watch superhero movies.