Why I Think “A Wrinkle In Time” Is Overrated

Considered a children’s classic and winner of numerous awards, millions of people around the world have read and loved A Wrinkle In Time. So, it was with great excitement that I set out to read this book. Unfortunately, only a few pages in, I could understand why it was rejected by 26 publishers. The book is a literary mess- it is illogical, poorly written, and filled with numerous plot holes. Instead of a classic novel, it reads like a first draft. The most enjoyable part? Its short length although the book would have been far superior had it been even shorter.

Meg Murry, the protagonist, is a “difficult” and unpopular high school student who often finds herself in trouble. She struggles to deal with the gossip that her father has abandoned her family and that her baby brother Charles Wallace is “disturbed”. We soon discover that Charles Wallace is actually a genius with somewhat telepathic powers. Everything changes after a chance visit one evening by a mysterious lady- Mrs. Whatsit. The next day, Charles Wallace urges her to visit Mrs. Whatsit and on their way to her house, they run into Calvin O’Keefe, a popular high school kid. They befriend him and even invite him over for dinner. Later that night, they meet the other two Ms. Ws- Mrs. Who and Mrs. Which. Somehow, this meeting leads to an intergalactic trip with Charles Wallace, Calvin, and Meg travelling to different worlds under the guidance of the three Ms. Ws, in search of Mr. Murry. 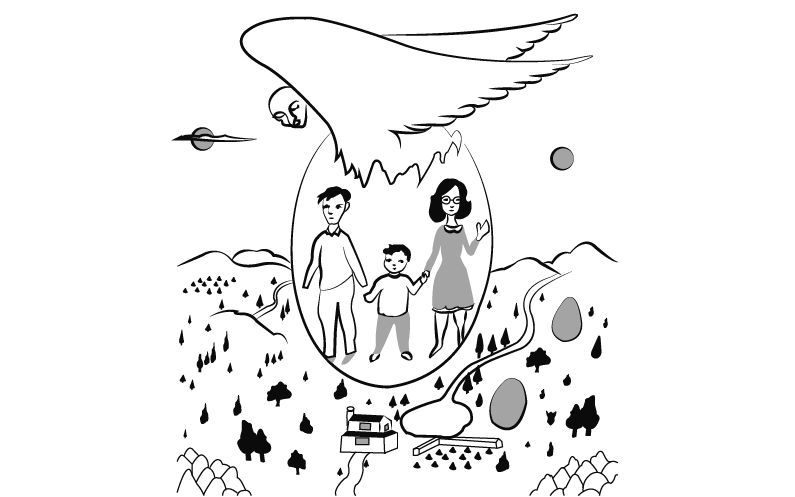 The first thing which struck me is the lack of agency on Meg’s part. While Charles Wallace may still have had some inkling of the upcoming trip, Meg and Calvin were simply whisked away before they even knew what was happening.

Even when they inexplicably find themselves on a new planet, they don’t have the reaction one would expect of teenagers and a five-year-old boy. They seem more interested in trying to understand the physics behind their transportation as opposed to the reason behind it. They also fail to question the three Mrs. Ws reasons for involving them. Why them? Why not their smart mother who would probably be a much better candidate for this journey?

Meg herself is a weak protagonist, and at no point is her character developed to show that she has grown into the role of a hero. Take Frodo Baggins from The Lord Of The Rings or Bilbo Baggins from The Hobbit, both of whom may have started out as reluctant heroes but grew into their roles. Tolkien masterfully took us through their hero’s journey as they faced their fears, expressed doubts or made tough decisions. In Meg’s case, she just comes across as a petulant, annoying child with terrible dialogues.

In fact, on the whole, the characters are barely different and all seem to have similar voices. Charles Wallace is probably the most intriguing character with his insane vocabulary and telepathic abilities. One wonders why L’Engle made Meg the protagonist instead of Charles Wallace. Perhaps, the answer lies in the fact that L’Engle wrote A Wrinkle In Time in the 1960s, at a time when female protagonists were rare, especially when it came to science fiction. However, while her intentions may have been good, a character like Meg Murry doesn’t stand the test of time and seems out of place today. 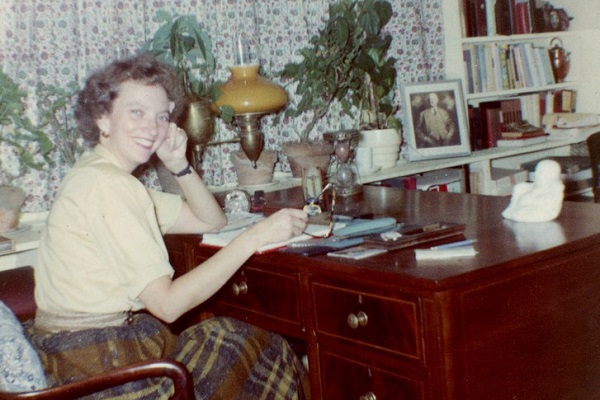 (Madeleine L’Engle via The New Yorker)

The story doesn’t develop much till about halfway through the book- instead, we are treated to mathematical concepts and scientific explanations. Even when the story does finally begin to pick up, there appears to be no causation or sense of continuity. It almost seems as if the characters are on a holiday instead of a quest. Their first stop is Uriel- for them to rest and for the three Mrs. Ws to give them some information about their mission and a glimpse of the Dark Thing slowly taking over the world. On their way to rescue Meg’s father, they also visit another planet to meet The Happy Medium and to take a look at their own planet which seems to be under the shadow of the Dark Thing.

Typically, there is a purpose for side-trips- they are used either for character development or for the characters to build relationships and form alliances. L’Engle didn’t do anything like this and, in fact, seemed to have whiled away the opportunity to really add layer and texture to the story. She could have built rich worlds with their own races and languages with one or two nuanced characters who would join Meg’s quest to save the world from the Dark Thing or to rescue her father. After all, if the Dark Thing is an intergalactic threat, everyone has a stake in getting rid of it.

When they finally do reach Camazotz, the planet where Meg’s father is imprisoned, it feels as if they’ve stumbled into Orwell’s 1984. The citizens of Camazotz live in constant fear of their leader, IT and even the slightest of mistakes are not tolerated. It is an authoritarian state where even a ball must be bounced with a particular rhythm and contracting a cold or flu is grounds for putting you to “sleep” as there is no room for sickness in this world. Of course, the three Ms. Ws thought this would be the perfect time to effectively abandon them with little to no guidance- they merely gave them some cryptic clues and a pair of spectacles. 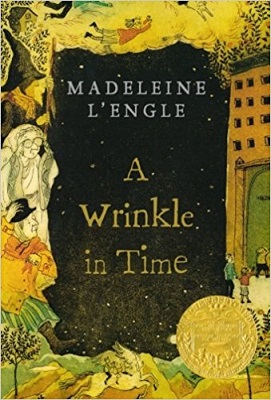 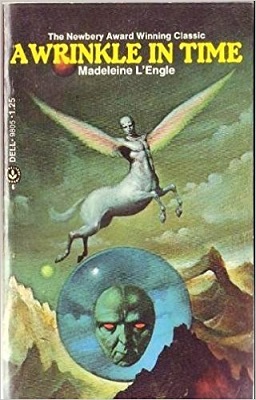 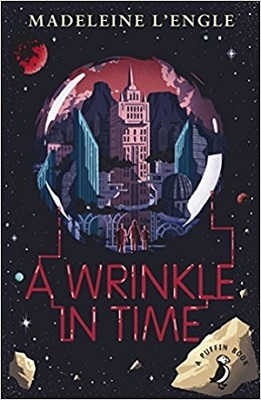 Somehow our heroes get the citizens to give them the location of IT’s headquarters- the CENTRAL Central Intelligence Building- where Charles Wallace confronts an emissary of IT. The ease with which Charles Wallace is consumed by IT’s power is astonishing and anticlimactic, as I for one, was definitely expecting some sort of protracted battle of wills. If anything, it seemed like a contrivance to take him off the playing field so Meg could (finally) turn into the hero.

After Meg rescues her father who is stuck in a transparent column and has managed to survive for over a year without giving in to IT’s mind control, (even though the brilliant Charles Wallace lasted barely a minute), we are finally introduced to IT.

As if an uninspiring hero wasn’t bad enough, IT comes across as unmotivated and self-absorbed. IT is effectively a disembodied brain with the power to control minds. Thousands of centuries have passed since anyone has tried to resist IT’s power and as a result “certain centres have become soft and atrophied due to lack of use.” There is no evil plan or purpose and his connection with the Dark Thing is never really explained. Perhaps, it would have helped if Camazotz was built up more or we were able to understand exactly how chilling ITS power can be. There are brief mentions of Aberrations and of conditioning but we are never able to fully realise the horror of this world. 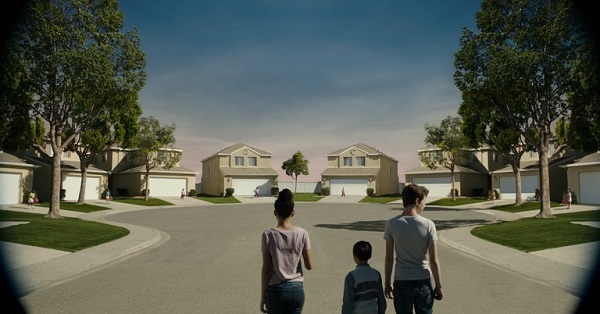 (A neighbourhood on Camazotz via Architectural Digest)

At some point during the confrontation with IT, when it becomes clear that it is only a matter of time before Meg too is consumed, Mr. Murry takes her and Calvin and tessers onto another planet, nearly killing Meg in the process. After Meg is saved by Aunt Beast- another character who was not needed at all- the three Mrs. Ws come back and convince her to return to Camazotz as she is the only one with the power to save Charles. Of course, they don’t tell her what this power is or how to use it; she has to discover it on her own. So, she goes back, realises that her superpower is love, saves Charles Wallace and returns to Earth- all in the space of around 10 or so pages. If it sounds simplistic, that’s because it is.

The trip to Uriel and the visit to The Happy Medium make it seem as if L’Engle had a word count in mind and she decided to add characters and settings just to meet it. We never fully understand what the Dark Thing is and spending so much time trying to explain its nature seems futile especially since the book ends rather abruptly with a happy reunion and not the vanquishing of evil we were expecting. Why try to explain the Dark Thing if she never intended to defeat it? Why would the three Ms. Ws take them on a trip to show them how the Dark Thing is permeating the galaxy if there was never going to be a fight against it? 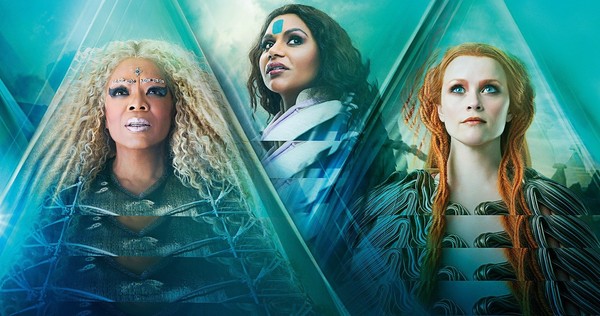 (A Wrinkle In Time via MOVIEWEB)

The mark of a good classic is that it is appealing even if you re-read it at a later stage of your life. For example, I have read Alice In Wonderland at least thrice and have loved it every single time even though I was well into my 20s when I last read it. While I didn’t read A Wrinkle In Time as a child, I do not feel as if I missed out on anything. I may not have noticed the lack of character development or the plot holes at a young age but the unnecessary use of complex math would have definitely put me off. I wouldn’t recommend this book to anyone, child or adult. If you had to choose which classic to skip, this would be it.