Mark Twain once said that truth is stranger than fiction and no genre encapsulates that sentiment better than true crime. While novels like Gone Girl may shock us, they seem tame in comparison to the real-life stories of murderers like Ted Bundy, Charles Manson and Vijay Palande. In this list of true crime novels, you’ll find 10 books which not only provide details of the crime they deal with but also provide context and depth. Instead of sensationalising violence, these books show us the impact of violent crimes on all who are touched by them. 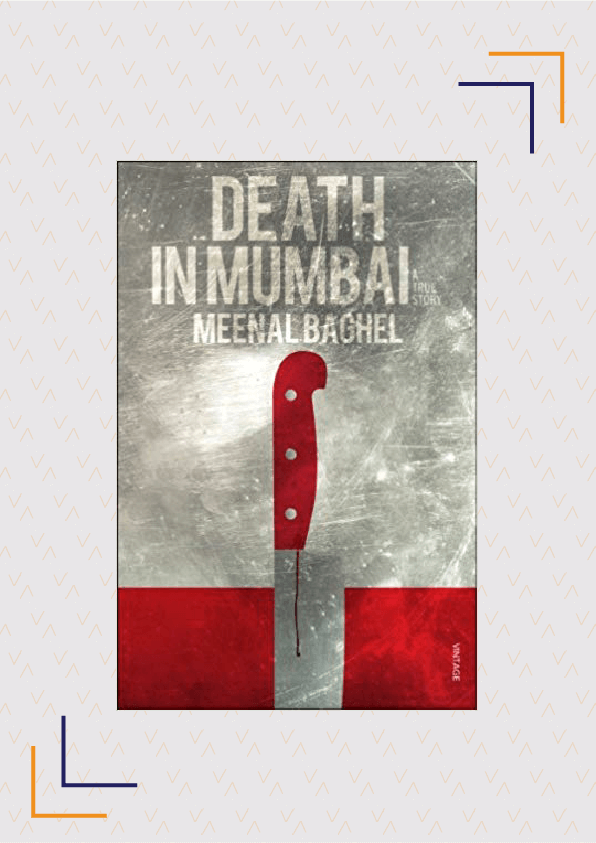 In May 2008, Neeraj Grover, a Mumbai-based television executive was found brutally murdered. Small-time actress Maria Susairaj and her boyfriend Lieutenant Emile Jerome Mathew were arrested as suspects and the killing and subsequent trial received significant press. Veteran journalist Meenal Baghel delved into the lives of Grover, Susairaj and Mathew, and interviewed friends, families, lawyers, policemen, etc., in order to document the case in Death In Mumbai. In the process, not only does she gives us a detailed chronology of the crime but also paints a disturbing picture of the changes shaping Indian society and the pressures of living in Mumbai. 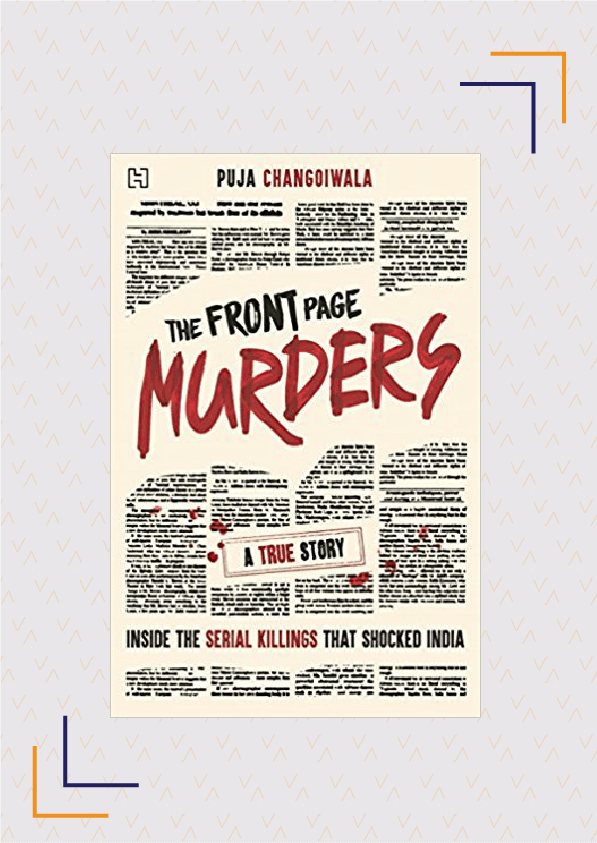 In April 2012, an elderly citizen was found murdered in an upscale Mumbai neighbourhood. This discovery led Mumbai’s Crime Branch to several other bodies, many of them half-clothed, mutilated and dismembered, on the outskirts of the city. The trail eventually led to Vijay Palande, “a cold-blooded killer equipped with the sophistication of Charles Sobhraj, the manipulative genius of Ted Bundy and the cruelty of Jack the Ripper”. In The Front Page Murders, Changoiwala, who had covered these events as they unfolded, not only recounts the case in detail but also explores why the media is always on a hunt for a juicy story. 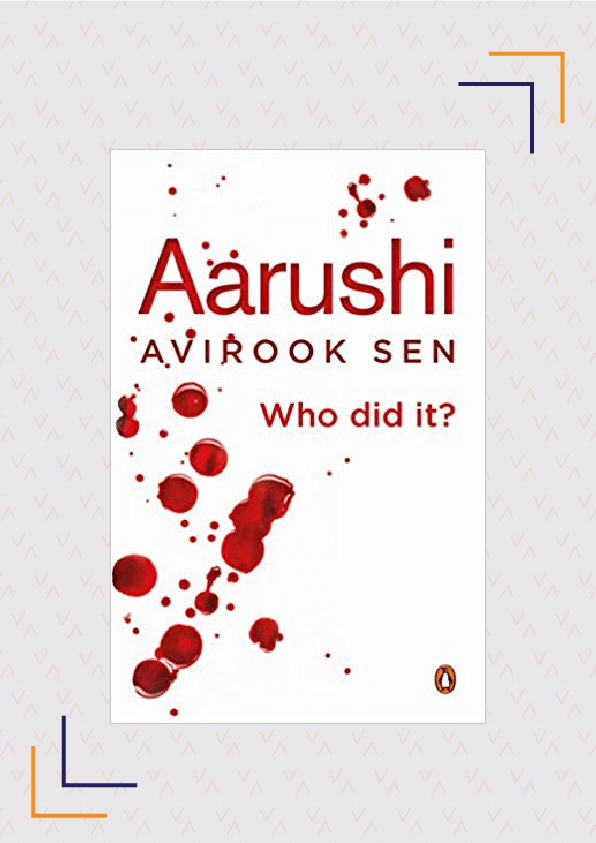 In May 2008, the bodies of 13-year old Aarushi Talwar and 45-year old Hemraj Banjade, a full-time servant working for the Talwars, were found at their home in Noida. The police suspected Aarushi’s parents of the double murder and eventually filed charges against them. In Aarushi, investigative journalist Avirook Sen attempts to discover the culprit and the motive behind the murders. Sen attended all the trials, accessed pertinent documents and interviewed people involved with the case, including Aarushi’s friends, to write a meticulously researched book on the crime, and its subsequent investigation. 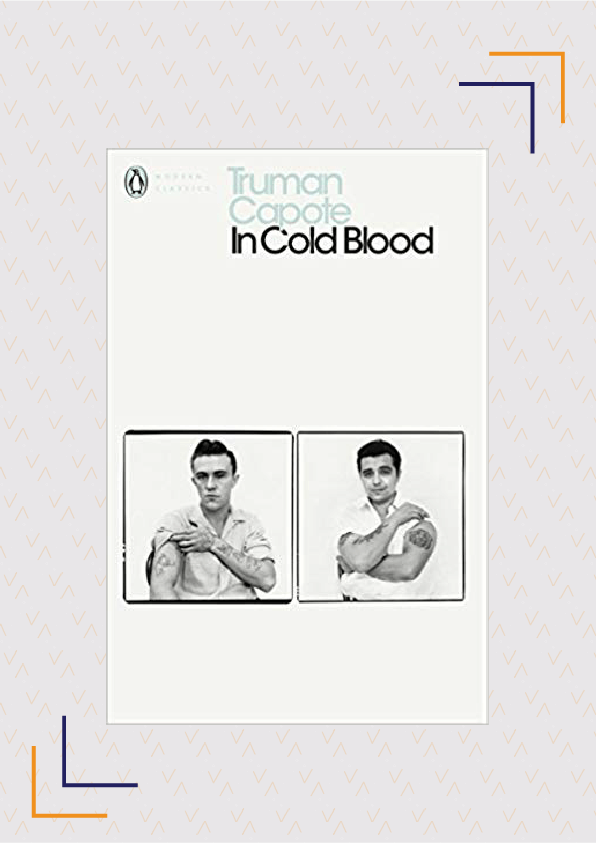 On November 15, 1959, four members of the Clutter family were murdered in the small town of Holcomb, Kansas. There seemed to be no apparent motive for the gruesome crime and almost no clues. Along with Harper Lee, Capote travelled to Holcomb to interview the murderers, residents and investigators and spent six years collating and analysing his research. Considered a definitive book of the true crime genre, In Cold Blood reconstructs the murder, the investigation, the capture of the suspects, and their subsequent trial and execution as well as the repercussions of the crime. 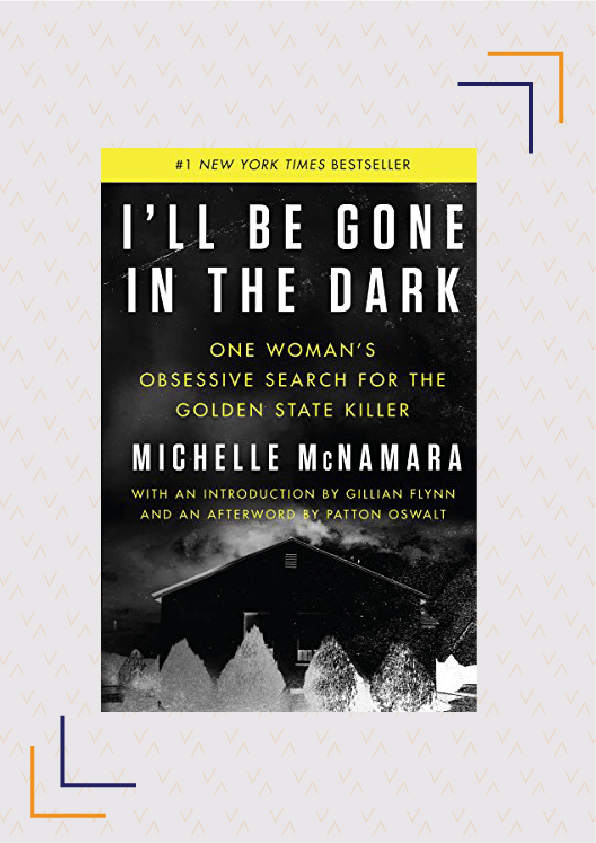 I’ll Be Gone In The Dark: One Woman’s Obsessive Search For The Golden State Killer

Between 1974 and 1986, California was terrorised by a serial killer, rapist and burglar who committed at least 13 murders, over 50 rapes and more than 100 burglaries. Three decades later, McNamara, a true crime journalist became determined to find the elusive serial killer. She scanned police reports, interviewed victims and spent hours in online communities that were as interested in the case as she was. Published two years after McNamara’s death, I’ll Be Gone In The Dark is an original and compelling account of the Golden State Killer, a moniker McNamara coined for him, and also how discovering his identity became an obsession for her.

The Stranger Beside Me

From early 1974 till he was caught in February 1978, Ted Bundy committed at least 30 homicides across seven states in the U.S. and was also known to be a kidnapper, rapist, burglar and necrophile. Bundy was Rule’s co-worker at a crisis hotline and they eventually developed a friendship which lasted till they lost touch in 1973. In The Stranger Beside Me, Rule upturns our belief that we would definitely know if one of our friends or acquaintances was a monster and explains her reluctance to accept Bundy’s guilt. She draws on her personal perspective as well as her correspondence with Bundy, after his arrest and up until his death, in this chilling and definitive work on one of the most prolific serial killers the world has ever seen. 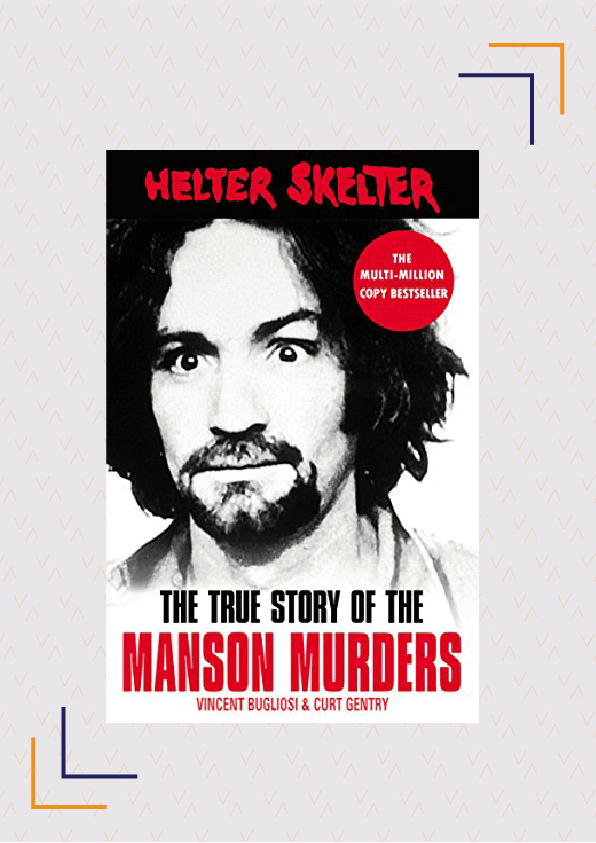 Helter Skelter: The Shocking Story Of The Manson Murders

On August 8, 1969, four members of the Manson Family broke into Roman Polanski’s home and murdered actress Sharon Tate, who was 8 1/2 months pregnant at the time, as well as four other people who were on the property. The next night, six Family members murdered Leno and Rosemary LaBianca. The murders were carried out under the direction of Charles Manson, the charismatic founder and leader of the cult. In Helter Skelter, Vincent Bugliosi, a prosecuting lawyer in the Manson trial, shares his insider’s perspective on the investigation, arrest and prosecution of Charles Manson and his followers. He also explores Manson’s motivations while selecting his victims and the reasons behind his inexplicable hold on his followers. 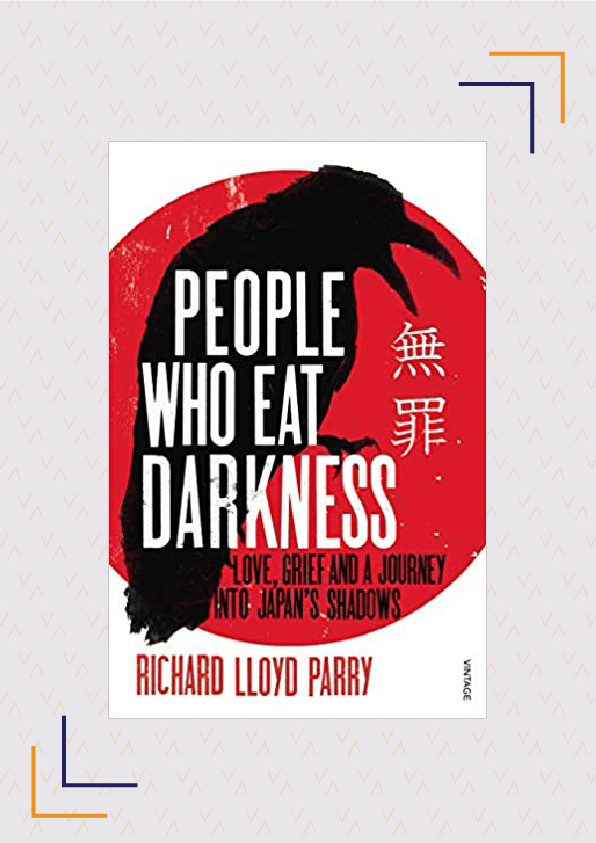 In the summer of 2000, Lucie Blackman, a 21-year old tall, blonde flight attendant-turned-hostess, disappeared into the streets of Tokyo. The police had only one lead- a phone call to her best friend claiming that Lucie had joined a cult and wanted to cut off all ties with her family. In the winter, her dismembered body was found in a seaside cave. The search for her murderer led to a man who had been drugging, raping and killing young women for some three decades. In People Who Eat Darkness, Parry, an award-winning journalist, not only tells us all about Blackman’s disappearance, the ensuing search for her killer and his capture but also gives us a glimpse into hitherto unexplored corners of Japanese society. 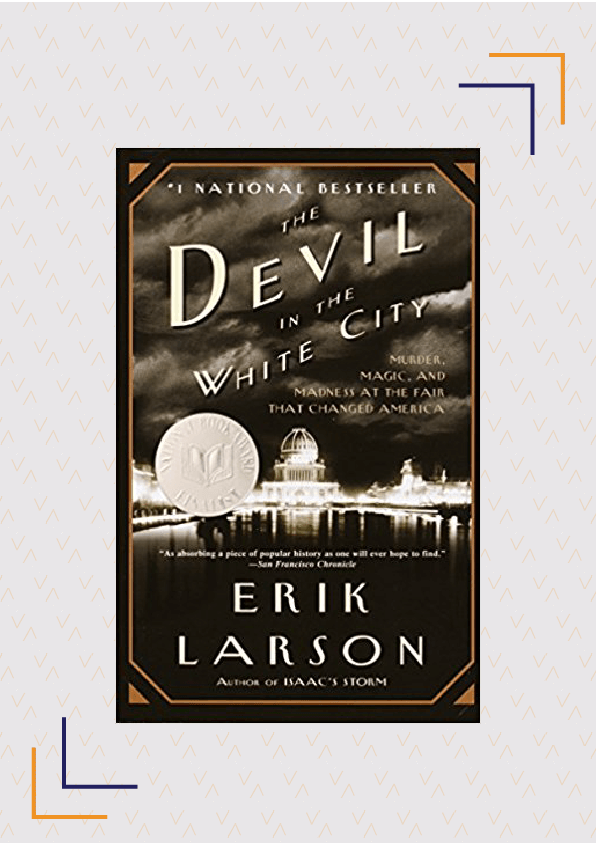 The Devil In The White City: Murder, Magic, And Madness At The Fair That Changed America

In 1893, the Chicago World’s Fair was held to commemorate the 400th anniversary of Christopher Columbus’ arrival to the New World in 1492. The director of works was Daniel Burnham, a prominent architect of the time and the driving force behind the White City. At the same time, Henry H. Holmes, a young doctor built his ‘World’s Fair Hotel’ just west of the fairgrounds. It was a torture palace that came to be known as Murder Castle. While Burnham overcame obstacles and tragedies to create the White City, Holmes used the great fair to lure multiple victims to their deaths. In The Devil In The White City, Larson tells the story of these two men against the backdrop of the Chicago World’s Fair. This true crime novel is all the more appealing because of the appearance of famous people like Buffalo Bill, Thomas Edison, and Archduke Francis Ferdinand, amongst many others. 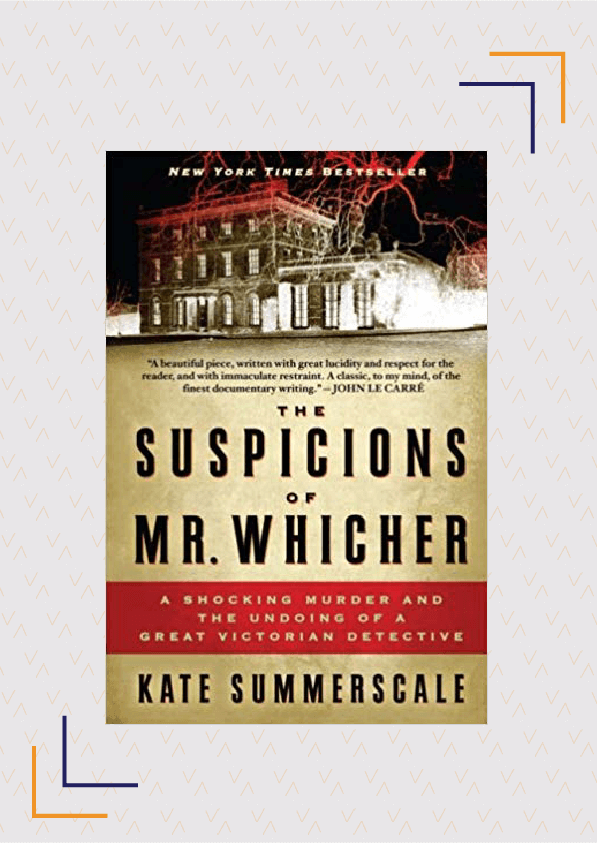 The Suspicions of Mr. Whicher: A Shocking Murder And The Undoing Of A Great Victorian Detective

In June 1860, three-year-old Saville Kent was found with his throat slit at the bottom of an outhouse. Scotland Yard dispatched its best man, Inspector Jonathan Whicher, to investigate the crime that horrified all England. Whicher believed that someone within the family was responsible for the horrific crime but without sufficient evidence or a confession, there was nothing he could do. He returned to London a broken man, his career destroyed. This true story inspired writers such as Wilkie Collins, Charles Dickens and Arthur Conan Doyle. In The Suspicions Of Mr. Whicher, Kate Summerscale, formerly the literary editor of The Daily Telegraph, reconstructs the crime and its aftermath to give us a true crime book that reads like a fast-paced thriller.