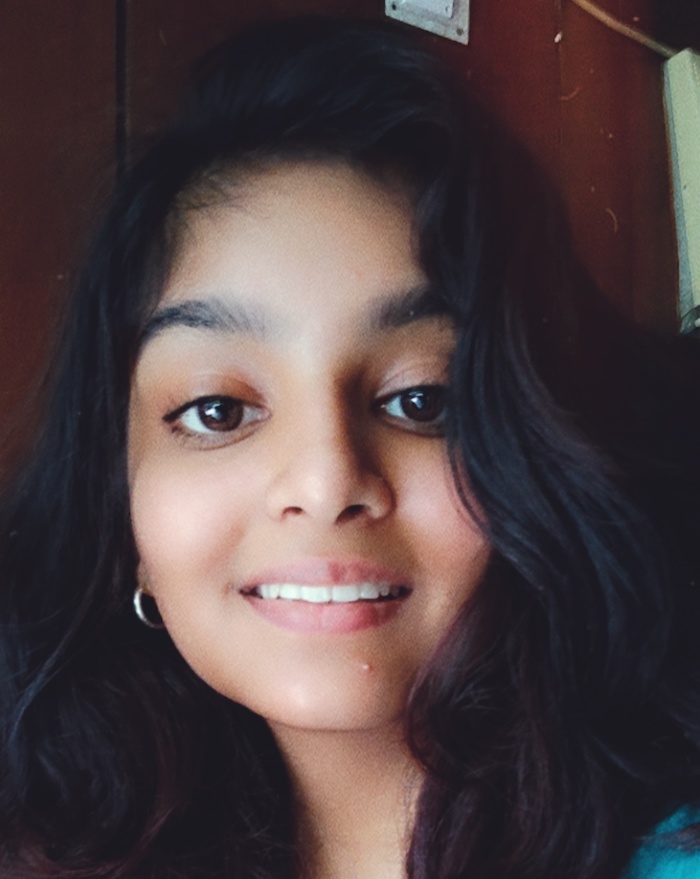 Who would have thought that the man whose poetry would come to be one of the finest distillations of the American spirit would be the son of two immigrant parents? Who would really expect one of the most highly acclaimed poets of the 20th Century to be a full-time paediatrician writing poetry only in his brief, spare moments? This is William Carlos Williams in a nutshell. 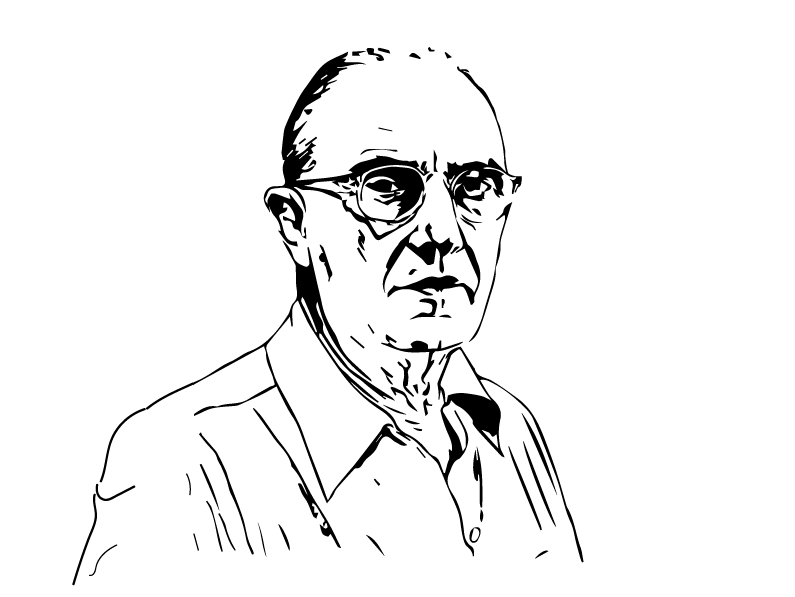 an idiotic picture
except it was all I recognized

At first glance, the Modernist poetry of William Carlos Williams seems like a flimsy attempt to reorganise rambling prose in the basic structure of a poem. It visibly lacks the deep and meaningful essence, involving intense symbolism and powerful feelings, that has come to be associated with textbook poetry. Here, Williams would likely reply with an easy, “No ideas but in things.”

Williams’ poetry is the smell that sends you floating down memory lane. It conjures in the mind of the reader a moment- not one that exists solely in the poet’s mind or one that only the numbered few could relate to- but one that is uniquely universal. When he says in Danse Russe, “…if I in my north room/dance naked, grotesquely/before my mirror/waving my shirt round my head…”, we laugh because this is a scene that is embarrassingly familiar to us.

Williams’ poetry is less an ode to the vocabulary-learning-Shakespearian-English-speaking intellectual within us, and more an appeal to – rather a conversation with-  the most human parts of us. He found his inspiration, not in the profound, but in the prosaic and, in so doing, understood that different ideas signify different moments for different people; hence, creating an image that everyone recognised and conveying it in a language everyone understood. It is not for its depth and insight that one reads the work of William Carlos Williams, but for its simplicity and relatability.

so much depends
upon
a red wheel
barrow
glazed with rain
water
beside the white
chickens.

It was the early 20th Century, right around the time that Williams joined the literary scene, which saw the development of the Modernist movement through Imagism, one of its earlier branch movements. Williams’ introduction to this movement was through his compatriots from the University of Pennsylvania, Ezra Pound and H.D. (Hilda Doolittle), who played a major role in his development as a poet.

Imagists like Ezra Pound, H.D., Williams, James Joyce and Amy Lowell believed in evoking images rather than mere abstractions. Rejecting the Victorian style, Imagism discarded the idea of decorative, abstract or unnecessary words, condoning only the use of the precise word required in the context. In turn, through its avant-garde poets, it inspired movements such as the Beats generation and Objectivism, while running parallel to movements like art’s Cubism. Interestingly, Imagism is speculated to have its origins in the Ancient Greek Poetess, Sappho’s poetry, whose work Williams admired. 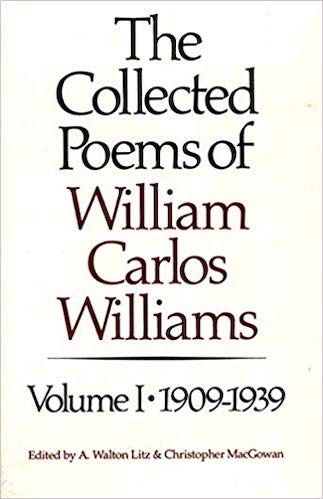 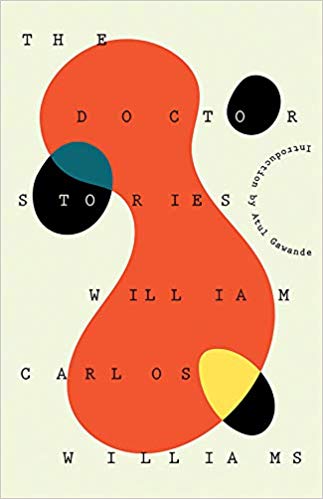 There is something
something urgent
I have to say to you
and you alone
But it must wait
while I drink in
the joy of your approach,
perhaps for the last time

Williams drew great inspiration from his personal life- be it his artistically rich, diverse ethnic background (which resulted in his fluency in Spanish), his wife Florence Herman Williams or their two children. Having specialised in Paediatrics, Williams settled down in his hometown of Rutherford with “Flossie”. As he often claimed, even their two children never held the kind of place in his world that she did. “…We had our children,/ rivals in the general onslaught./ I put them aside/ though I cared for them as well as any man/ could care for his children/ according to my lights”  as he claims in his poem, Asphodel, That Greeny Flower, of which she was the subject. In spite of his infidelity, she remained his rock throughout his life. As for his ancestry, it presents itself in strong tones as in the poems dedicated to his grandmothers or the several Spanish titles of his poems.

Williams’ affairs have brief mentions or indirect references in many of his poems as well. In many ways, when it came to women, WCW was no different from your typical male chauvinist- only, as is often the case with poets, a relatively more profound one at that. Like several men of his time, the poet could be characterised as having a Madonna-whore complex; a man unable to view a woman as anything other than either holy or debased. H.D. and Flossie were no exception to this. The post-marital sexual adventures that followed were often a source of shame and guilt to him, but this was guilt that he was usually able to ameliorate with rationalisations.

Sometimes, these would be in the form of his conviction that the cheating would ultimately serve only to amplify his love for Flossie. Other times, these would be philosophical arguments about what could truly constitute as virtuous behaviour when it comes to women. He would choose to look at his affairs as a means for him to catch a glimpse into the complex female psyche. Of course, his behaviour towards women can, in no way, be justified.

As Herbert Leibowitz writes in his analysis of Williams’ life and works, Something Urgent I Have To Say To You, “If William Carlos Williams was a sometime womanizer, does it matter how many women he took to bed?” Without trying to defend his misogyny even remotely, an analysis of his poems would suggest that it did matter how many women he took to bed. Ultimately, his raging turmoil of thoughts and emotions did find its outlet in several of his poems, and the literary world is better for those. 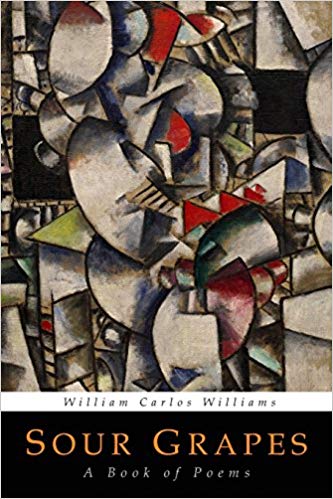 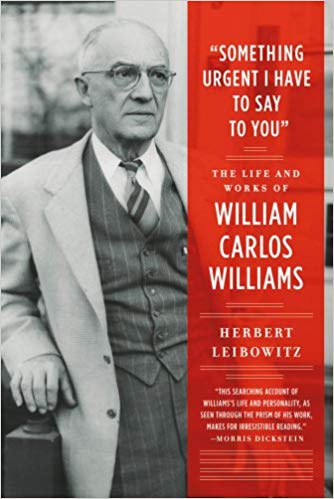 They enter the new world naked,
cold, uncertain of all
save that they enter. All about them
the cold, familiar wind –

Aside from the aforementioned, Williams drew a major part of his poetic inspiration from his medical practice. In fact, Wiliams’ magnus opus, Paterson, the epic poem that captures the essence of his life, is named after the industrial town that he often visited in the course of his practice. However, it was working as Rutherford’s paediatrician that he discovered the subject of his poetry- the American people. As he strove to grasp the American dialect exactly as it was spoken, he moved from patient to patient, observing and absorbing. It was working away noisily at his typewriter any spare moment he got and composing on the backs of menus and on any scrap of paper he found that the poet William Carlos Williams was born.

Williams’ quest was to understand and experience the world as it is and to condense it to poetry that was true to its essence. So closely was this done that you can almost hear the American accent in his poems. An Imagist at heart, his poetry referred very closely to his subjects, subjects who were his audience and an audience that then comprised majorly of the natives of Rutherford, that is, his patients. He spoke to them through his poems, finding his way into the heart of a nation he could just barely call his own. His obsession with the American spirit is often believed to have been born of his mixed ancestry. In capturing this essence of the New World through his poetry, he seems to be expressing a desire to belong. 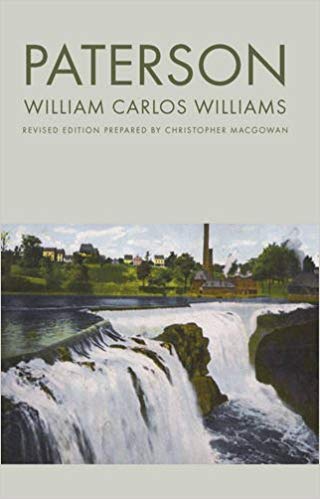 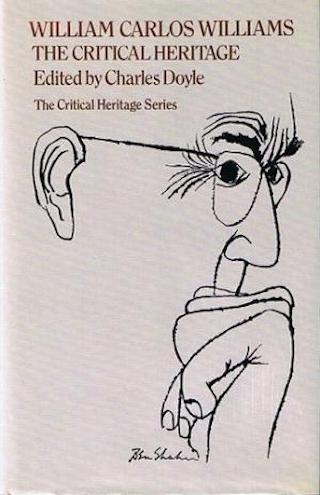 …–through metaphor to reconcile
the people and the stones.
Compose. (No ideas
but in things) Invent!

Williams’ poetic heroes were the likes of Walt Whitman, John Keats, James Joyce and Sappho. Respecting their individual styles, Williams strongly believed that it was time for poetry to move ahead of the conventional modes of structure involving the iambic pentameter and rhyme and onto a style that most aptly captured the sounds and rhythms of speech. To him, copying another poet’s style was as good as plagiarism. Nevertheless, he felt that the poet needed some form of structure to his work to satisfy his inherent desire of aestheticism. And so, he came up with a replacement for the metric foot, the measure.

As he explains in an essay in the book William Carlos Williams: The Critical Heritage, “By measure I mean musical pace. Now, with music in our ears, the words need only … keep as … an order… according to the music, as in the best prose.” According to the sound of music that each person hears, this measure may vary. But the idea remains to maintain the authenticity of the language and of the speech. Williams often felt that his greatest obstacle in bringing poets around to this poetic evolution was the poetry of the likes of Eliot and Auden, who held steadfast onto these conventions and remained extremely popular in literary circles. He claimed that this set literature back by decades. Despite this, he strove on, winning several accolades and great recognition albeit in the latter part of his life.

Williams’ poetry remains to this day amongst the most important works in literature. In my personal opinion in terms of popularity, he remains far underappreciated, especially considering just how simple and catchy his verse tends to be.

For the beginning is assuredly
the end- since we know nothing, pure
and simple, beyond
our own complexities.

A teenager moving from school to college, writing is the only constant in Nitya's otherwise confused existence. It is also her only productive activity in a usual TV-show-devouring-food-absorbing state of being.