Why William Dalrymple’s ‘The Anarchy’ Is An Essential Read Today

Throughout history, greed and opportunism are concepts that have been universally understood and exhibited by fakirs and kings alike. These concepts are what enabled an international corporation to grow into an aggressive colonial power, destroying not just an entire country, but also humanity, in its wake. Due to corporate rapacity and local greed, the East India Company (EIC) which, like any modern-day corporation, worked only to serve the best interests of its shareholders. As a result, it was able to ruin a nation of more than 200 million people.

William Dalrymple’s The Anarchy is a skilfully written book, spilling secrets, destroying myths and shedding light on 200 years of India’s history. It maps the rise and fall of the EIC and the integral role it played in creating the British Raj in India. 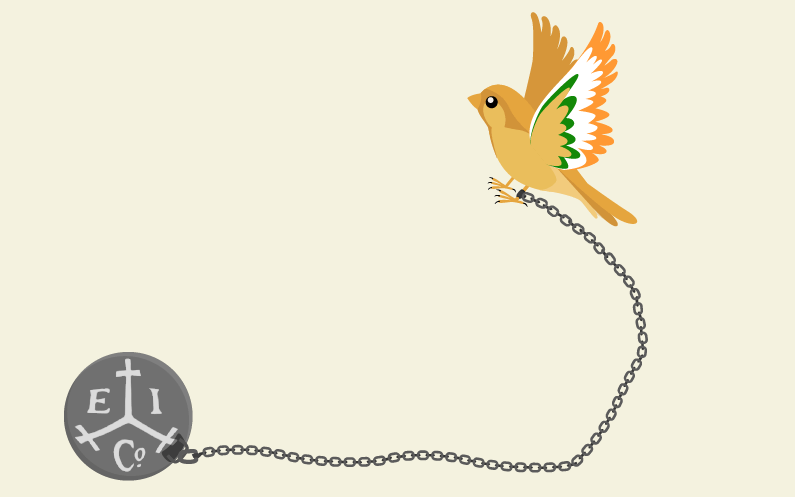 Time changes, the era changes, the landscape changes – but, the mistakes remain the same. In present day India, as well as in various parts of the world, this narrative needs to be told. A narrative of corporate greed, a story of government collusions. This story needs to be told, Dalrymple writes, because imperialism persists, yet ‘it is not obviously apparent how a nation state can adequately protect itself and its citizens from corporate excess’. And it is more relevant today than it has ever been before.

As history gets distorted by Hindu nationalists and corporate greed continues to decimate our present, as well as our future, it becomes imperative for us to read The Anarchy. Currently, we are a nation in flux, as ideological changes and absolute capitalism slowly but surely percolate into our lives. At the same time, many of us live in our complacent bubbles, unaware of the true impact of this shift in ideology. In such a landscape, an alternative truth about the history of India’s colonial past can give us something to think about.

While reading the history of India, most of us make a leap from the Mughal period to the Indian freedom struggle. India’s colonial history and the time of the Raj are well-known. However, the period in between, when the EIC set up shop in India initially for the purpose of trading but then went on to extend its aspirations and operations with the help of the Marwari and Jain bankers of Bengal and the Hindu bankers of Benares and Patna, remains buried. The Anarchy excavates the truths of that period in a beautifully even-handed manner. 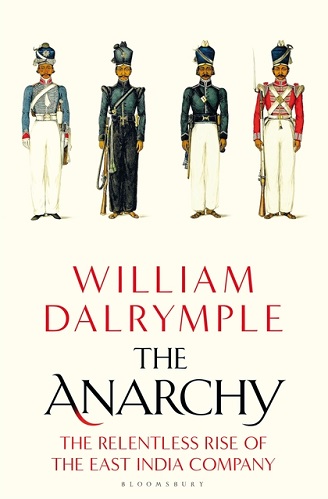 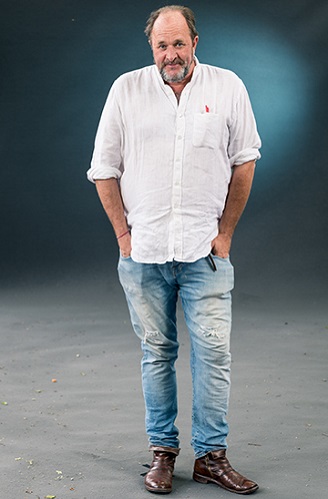 (William Dalrymple; Image via The Week)

An Unlikely, But Profitable, Alliance

In 1608, India had a population of 150 million people (one-fifth of the world’s total) and was producing about a quarter of global manufacturing products. In comparison, England then had just 5% of India’s population and was producing just under 3% of the world’s manufacturing goods. To counter this, the EIC was formed in 1599 with the sole purpose of profiting from trading with the East. By the 1700s, the EIC had wheedled its way into the Indian subcontinent and had consequently cemented its position as a major contributor to the British economy.

By the 1750s, this entity accounted for one million pounds out of Britain’s eight million pounds import trade. By 1802, it had captured most of the subcontinent’s richest areas and set itself up as a regent to the Mughal emperor, effectively gaining administrative and revenue control of most of the subcontinent. While it seems unimaginable for a corporate entity to yield such power, it is frightening that such a thing did happen. With big oil companies, big technology companies and big pharma companies spreading their wings across the globe, the threat endures to this day.

Dalrymple explains that the EIC’s rise to power was achieved not only through its own cunning but also through their collaboration with Indians. The EIC’s first territorial victory was primarily due to the support of the Jagat Seths (the country’s wealthiest bankers). It was the Jagat Seths who, in an attempt to drive their own personal agenda of profit, had decided to collaborate with the EIC personnel. They approached the British to overthrow Siraj-ud-Daulah of Bengal for which they offered Robert Clive £2 million. Given Clive’s cunning, this was when he realised that the way to defeat the vast Mughal army was not through might but through the oldest trick in the book, i.e., pandering to people’s greed. 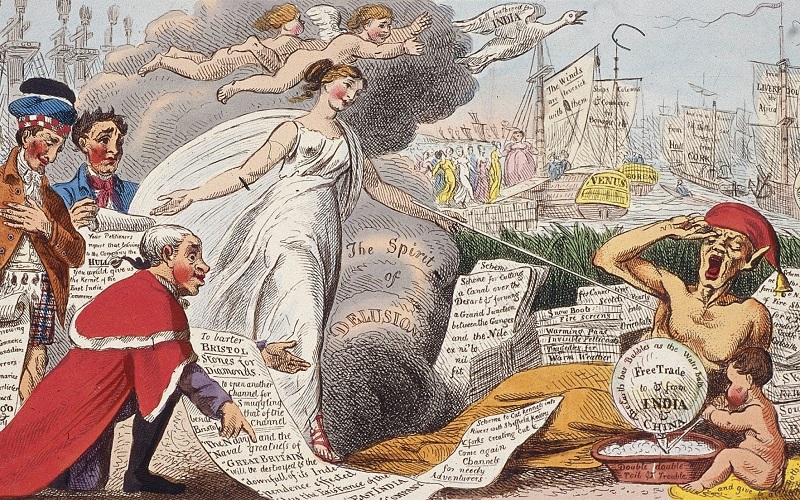 (‘The Spirit of Delusion’: detail of an 1825 cartoon satirising the East India Company

Image and Caption via The Telegraph)

This led to the dawn of a new collaboration. From the 1780s onwards, the Marwari and Jain bankers of Bengal, and later, the Hindu bankers of Benares and Patna consistently backed the EIC against other Indian forces. Contrary to what one might expect, India was not conquered by white British manpower. Instead, it was conquered by recruited Indian troops, who were being funded by Marwari bankers. There were never more than 2,000 British traders in India during this period (mid to late 18th century), and most of them were based in Bengal. Yet, they were able to build a supremacy over the locals. The British audaciously borrowed Indian money, to train and pay Indian soldiers to take on other Indian states.

In hindsight, it would seem that the British made a fool of the Indians. But this is exactly what they did. This alliance between the EIC and the Jagat Seths that was ‘based on reciprocity and mutual advantage’ radically changed the course of Indian history. The parts in The Anarchy that focus on the network of Indian bankers, who provided credit at key moments to the company, provides a new and important view of a factor underpinning the EIC’s success in India. In today’s globalised world, there are lessons to be learnt by governments and local players from the EIC’s presence in India. While raising borders is never a solution, politicians should work in the best interest of the people of the country and not put the well-being of the nation at stake, merely to fill their own coffers. 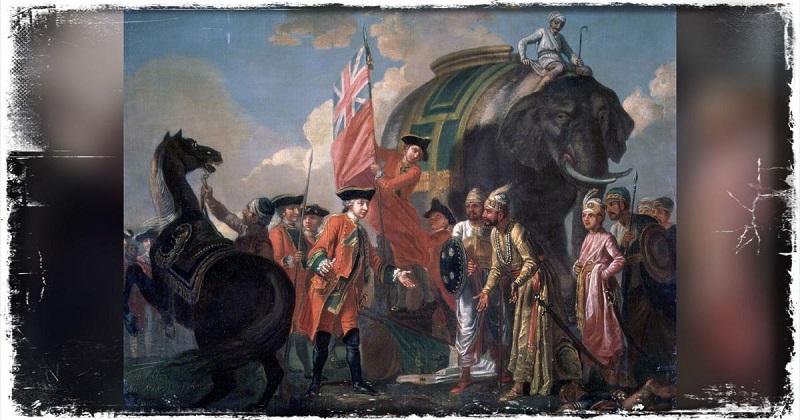 (Robert Clive and Mir Jafar after the Battle of Plassey, 1757 | Francis Hayman

Image and Caption via Scroll.in)

How The Mighty Fall!

Through Dalrymple’s characters, we see an unfolding of two parallel stories: one of the rise of the EIC and two, of the fall of the Mughal empire. There is the blunt and despicable Clive of India, the blind Shah Alam whose journey we follow from a cultured and clever prince to an unfortunate and blind emperor, a series of administrators and mercenary soldiers, and also the puppeteers at the EIC operating from their British headquarters. Dalrymple also sheds light on how the EIC’s activities were initially perceived in England. He mentions that the EIC shareholders were often wary of the Company’s on-ground activities in India and remained sceptical of an over-commitment to India. However, similar to large modern-day corporations, the work happening on the ground was often at odds with the larger corporate philosophy. The Company’s people in India often acted contrary to the instructions from London and primarily focussed on lining their own pockets.

The Anarchy’s greatest achievement is the retelling of history through compelling and intriguing characters, replete with British, Mughal, Maratha, Afghan, Rohilla and Nawab personalities, making it a delightful read. In the book, Dalrymple traces the story of a corporation, the EIC, from its birth to the height of its glory. He shows how India, which was once among the greatest economic powers in the world, came to be seized by the British and was consequently reduced to penury and degradation. And, more importantly, how this massive feat was achieved not by the British government but by a privately held conglomerate over a period of just 50-odd years. ‘It was not the British government that began seizing large chunks of India in the mid-eighteenth century, but a dangerously unregulated private company. India’s transition to colonialism took place under a for-profit corporation, which existed entirely for the purpose of enriching its investors,’ says Dalrymple in the introduction to the book. 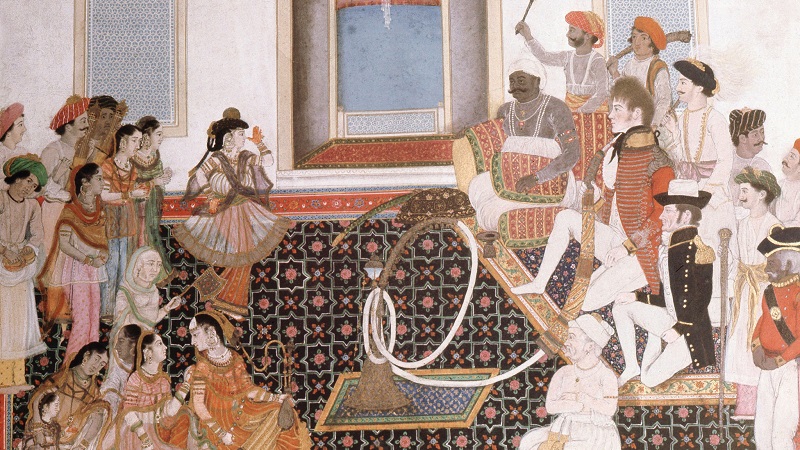 Image and Caption via Financial Times)

The story of India’s decline from ‘sone ki chidiya’ to a land of beggars underscores man’s desire for money and power and the boundaries humans can annihilate to achieve the same. This sounds familiar, and we have seen it being repeated over time with the 2008 financial crisis serving as a recent and harsh reminder of the impact of corporate greed and power. These are narratives wherein capitalism emerges as the sole victor as governments, corporations and people across various ranks of society become complicit in the pursuit of wealth and power. Dalrymple’s The Anarchy and the history that it so richly retells serves as a reminder of the dark side of capitalism. Often, the price paid to gain riches is too high and unfortunately, paid by the people who never stand to profit from it.