A Reader’s Guide To Surviving 2020

Don’t we all wish we could erase 2019 from existence? It was an unpleasant year that ended with a shocking Bill becoming an Act. Even the exhilaration of attending U2’s first performance in India couldn’t make us feel better. We can only hope for 2020 to be a better year for everyone.

So, what does the New Year have in store for us? What are the events that are going to make us jump with joy (or fright)? What are the ones that are going to make us cry? While these are hard to predict, all we can say is that we have a busy year coming up, and, as always, we are telling you, our dearest readers, just the books you need to survive the first year of the new decade. 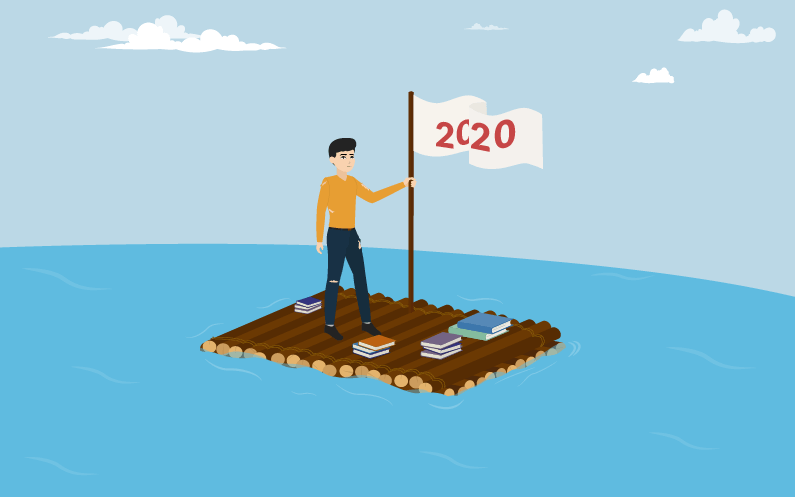 Did He Really Drain The Swamp?

We may be far from all the ugliness that is currently going on in the U.S.A., what with the giant orange that is their President being impeached and maybe even removed from office, but can we really be insulated from that drama in this world of social media? While we expect some closure to this chapter by February, campaigning for the U.S. elections will be in full-swing by then since Americans go to the polls in November. It’ll be entertaining to watch the Democratic candidate (we’re looking at Pete Buttigieg being the dark horse and becoming the nominee) pitting their wits against Donald Trump or Mike Pence.

We, of course, want to see Trump removed, but we also perversely want him to stay in office solely for the comic relief he provides every time he speaks or tweets. Don’t believe us? Have a look at this Jimmy Kimmel video of him announcing the capture of Al-Baghdadi mashed up with Obama’s announcement of the capture of Bin Laden.

As promised, here’s what you should read to get a better understanding of what’s happening with U.S. politics. For a seemingly accurate picture of Trump’s Presidency read Fear: Trump In The White House. Alternatively (because one should never take Trump seriously), read the gossipy (and critically panned) Unhinged by Trump’s one-time-favourite-but-now-thorn-in-his-rather-generous-(back)side Omarosa Manigault Newman for a bit of fun. To better understand the impeachment process, including case studies of former U.S. Presidents who have been impeached, read Impeachment: An American History. And, to understand the nitty-gritty of how the U.S. elections work, and maybe finally make sense of that damned electoral college, pick up the beautifully illustrated We Elect A President: The Story Of Our Electoral College, which, although meant for children, is quite enlightening for adults too! 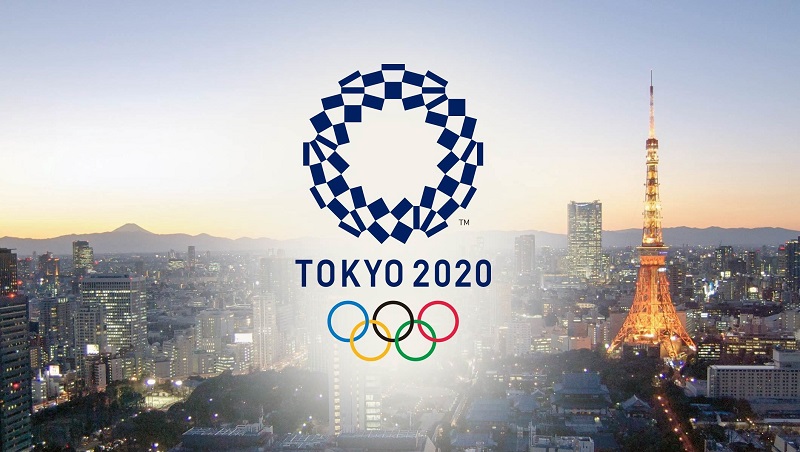 The Summer Olympics are a great reason to avoid stepping out in the heat (and melting) between July 24th and August 9th this year. Taking place in Tokyo, this mega sporting event is all set to be an even cooler event than before with surfing and skate-boarding included in the line-up. The Indian men and women hockey teams, javelin thrower Neeraj Chopra, runners Hima Das and Beant Singh, and, of course, India’s pride, badminton champion PV Sindhu are only a few of the teams/sportspeople we expect to return with medals.

While How To Watch The Olympics will give you a basic primer on all the sports featured until the 2012 Olympics, along with their backstories, The Naked Olympics is a must-read to understand the Grecian roots and history of the Olympics itself; both books are witty and humorous while being informative.

If cricket is more your beat, then October sees the start of the ICC T20 World Cup. After India’s disappointing loss to New Zealand in the semi-finals of and ouster from the ICC Cricket World Cup 2019, our hopes are pinned on our boys in blue. Despite being ranked fifth in T20 cricket, they rarely fail to make us proud. Although it comes with a hefty price tag, Cricket 2.0: Inside The T20 Revolution is an essential read for all enthusiasts of this form of cricket as it features a detailed study and analysis of the game along with interviews of some of the greatest names in cricket. 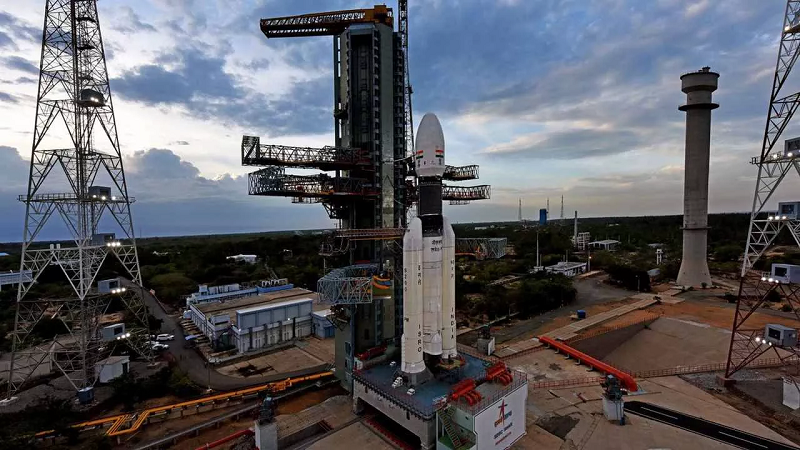 The Dark Side Of The Moon

Were you as heartbroken as we were in September when the Vikram Lander and the Pragyan Lunar Rover, both part of India’s Chandrayaan-2 lunar exploration mission, crashed on the moon’s surface, despite being backed by a billion Indians’ good wishes? Well, we have good news for you! It seems we might actually touch down on the moon in November 2020 thanks to space mission Chandrayaan-3. Given the Chandrayaan-2 lunar orbiter is still orbiting the moon, this mission is probably only going to carry a better developed lander and rover, and we’re optimistic India will find success.

While you should read ISRO: A Personal History by veteran space scientist R. Aravamudan and Gita Aravamudan, to understand India’s space exploration program, we’re going to go daydream about the moon while listening to Pink Floyd’s classic album, The Dark Side Of The Moon. And, since we’re on the subject, did you know Japan is trying to build a moon base, manned entirely by robots and droids, by 2020?! They believe it’s imperative to have such a base for space exploration. We would have dismissed this claim faster than the possibility of there being an incorrupt Indian politician had it been any country other than Japan. But now, you never know!

As children, didn’t we all dream of the day our car would suddenly sprout wings and taking off mid-road, especially after watching Chitty Chitty Bang Bang and reading Harry Potter And The Chamber Of Secrets? Well, come an unspecified date in 2020, flying cars might just be a reality! But, before you get too excited, they are unlikely to be for personal sale, they cannot be ‘driven’ unless you hold a pilot’s license and will mostly be allowed to run only on fixed routes. Oh well, it doesn’t hurt to dream. But, till the day a flying car is available to us commoners, continue to enjoy one in your fantasies by reading Ian Fleming’s Chitty Chitty Bang Bang, the novel on which the famous movie is loosely based. 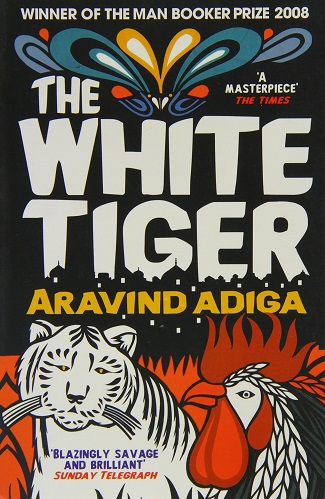 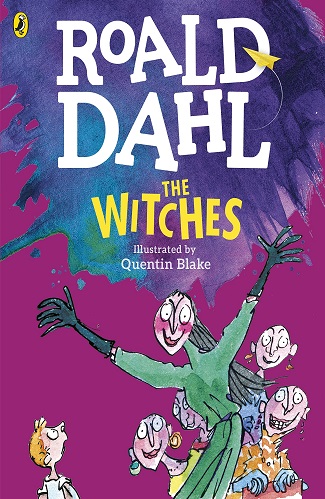 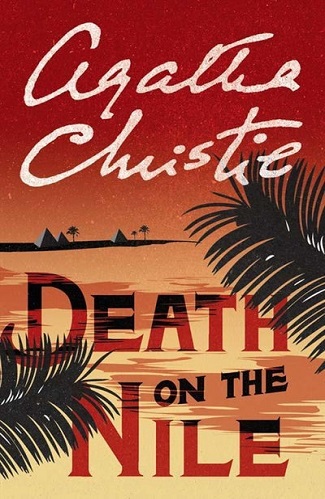 Produced by one of the biggest studios (would we call them that?). Check.

We’re, of course, talking about the film adaption of the super successful book, The White Tiger by Aravind Adiga, starring Priyanka Chopra Jonas, directed by Ramin Bahrani and produced by Netflix. While the official release date hasn’t been announced, it is expected to be this year. Given how good Netflix’s adaptation of Selection Day, also by Adiga, was, we have high hopes for this one. And, as a reader, you, of course, need to read the book before you watch the film, in order to compare the character arcs and story development between the two.

The White Tiger isn’t the only major film adaptation releasing this year. While Little Women, the movie, released in many countries in December ’19, it will release in Indian only on February 7. We’re also expecting to see the film adaptation of Jane Austen’s classic Emma in February, which promises to be a whole lot better than the Sonam Kapoor-starring train wreck of a film that was Aisha. That’s not all. Jack London’s The Call Of The Wild’s film version, starring Harrison Ford and Dan Stevens, is also slated to release in February. March will see the movie adaptation of Eoin Colfer’s YA classic, Artemis Fowl, hitting the big screen, with the movie version of Frances Hodgson Burnett’s The Secret Garden, starring Colin Firth, releasing in April. Fun fact, Firth also starred in the 1987 TV-movie adaptation of the same book!

The last quarter of 2020 promises to be exciting, in terms of literary adaptations. Roald Dahl’s incredibly popular The Witches film adaptation, starring Anne Hathaway, releases in October. We can hardly wait for it! The same month brings us the movie adaptation of Agatha Christie’s Death On The Nile. We hated (and that’s not an understatement) the adaptation of Murder On The Orient Express, but it did gross around $350 million, so we guess it had its takers. Finally, Dune, based on the epic sci-fi classic of the same name, hits the big screens in November. While we don’t have a date as yet, we’re looking forward to the film adaptation of Daphne du Maurier’s Rebecca, starring Arnie Hammer and Lily James.

T.V. also has a lot to offer with dystopian classic, Brave New World, and Booker and Women’s Prize For Fiction longlister, Normal People, getting small screen adaptations. Phew, that’s a lot of books to read before you devour their screen versions. Also, expect to see a few pieces on them in our book-vs-screen section! 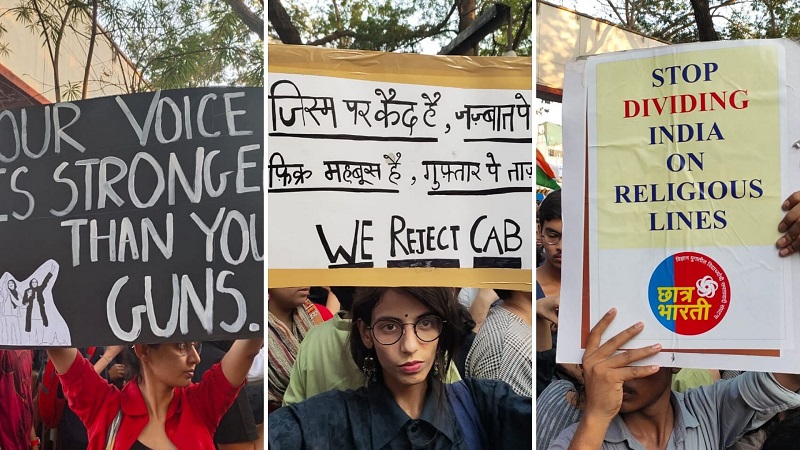 While this piece may have been light-hearted, we need to write about a more pressing matter that is bound to change the very fabric of our country. We are, of course, talking about the Citizenship Amendment Act (CAA) and the National Register of Citizens (NRC). No other subject has possibly polarised the country as much as these two have in recent times, threatening the very idea of India’s secularity. As per the CAA, non-Muslim refugees from Pakistan, Bangladesh and Afghanistan can get Indian citizenship because they are ‘persecuted minorities’ in these countries. But Muslims do not have the same rights. While this by itself is problematic, the complication is further compounded by the fact that if someone cannot prove their citizenship under the NRC, non-Muslims can use the CAA to become Indian citizens while Muslims cannot. We view it as a blatant attempt to make India a so-called ‘Hindu Rashtra’ and cannot condone it in anyway.

Personal opinions aside, some people advocate that it is necessary, while others abhor it. We don’t see the issue getting resolved anytime soon – the protestors are unlikely to back down and the Modi government is unlikely to relent. So, what should we do? Read up on it, of course. In such times, it is necessary for us to understand what is really said in the Constitution and the finer details behind the Act. While a very heavy and technical read, Rohit De’s A People’s Constitution gives you a thorough understanding of the Constitution; it is far too early for books on the CAA, but Assam: The Accord, The Discord gives you a more rounded understanding of the NRC.

As 2020 begins, expect the CAA-NRC debates and protests to continue, along with new Bills and Acts that are bound to keep polarising the people of our country. Throw in some sporting hysteria, technological wizardry, and political backstabbing, and we’re set for a pretty crazy year ahead. We’ve given you all the books you need to ‘survive’ it. Read them, and hope that we’re in a better position at the end of 2020 than we were at the start of it!