Why Severus Snape Is An Irredeemable Character

This one word gained Severus Snape millions of fans worldwide. Snape’s life had been an intense rollercoaster and the trials he had faced were almost at par with those that Harry Potter had persevered through. Snape disliked Potter and tried his best to make his life miserable every chance he got, and we loved to hate him for it. It was only in Harry Potter And The Deathly Hallows that it was revealed that he wasn’t Voldemort’s ally but was, in fact, double-crossing him in order to protect Harry.

Apparently, it was Snape’s undying love for Harry’s mother, Lily, that had made him switch sides, and this made romantics swoon, conveniently forget all the other nasty things he had done, and proclaim him an “anti-hero”. But was he truly an anti-hero? Let’s spend some time taking a deeper look at the unpleasantness of Severus Snape and the misfortunes he caused. 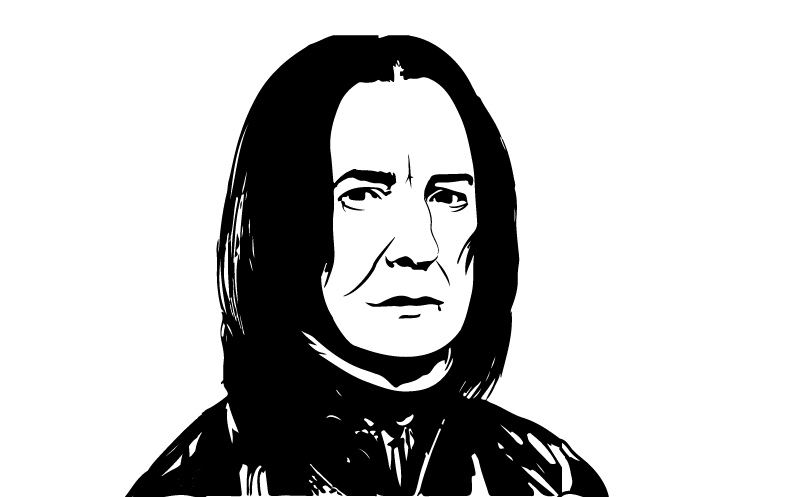 Cruel From A Young Age

Even as a student, Snape was always drawn to the Dark Arts as they promised immense power and glory. When one of his friends, Mulciber, practised the Dark Arts on an innocent student, Snape brushed it off saying it was just for fun. By protecting his friend, he was essentially defending the torture of a fellow student, showing how insensitive he could be to the plight of others. In fact, he was so immersed in the Dark Arts that he even called his beloved Lily a ‘mudblood’, a vile and reprehensible term meant for witches and wizards of Muggle origin.

As a student, Snape invented the curse Sectumsempra– a curse that haemorrhages its target- and intended to use it on his enemies, as mentioned in Harry Potter And The Half-Blood Prince. He even used it on James Potter in a fit of rage, and would have caused massive damage if Sirius had not blocked it in time. Snape was clever enough to conjure up deadly incantations, but unfortunately, this brilliance, when combined with his thirst for power, led him down a dark path.

Death Eaters show no mercy- they kill Muggles, Muggle-sympathisers, innocents, and anybody else who comes in their way. Soon after he left school, Snape became a Death Eater, and while it is not explicitly mentioned in the books, it is also not entirely wrong to presume that he murdered people. Seeing as he rose up the ranks so quickly, in all likelihood, he must have been an active participant in spying, torturing and even killing members of the First Order. To forget those deaths would be akin to dishonouring them.

When Voldemort decided to get rid of Harry and anyone who might protect him, Snape tried to convince him to spare Lily’s life and take only James’ and Harry’s. What kind of a person tries to trade the life of an innocent child for his own obsession? He did not care who died as long as Lily didn’t. Can this be called true love? Did he imagine Lily would love him and not be distraught at losing her husband and child? No, it is not love but an unhealthy obsession. The only good that came off it was that, at Dumbledore’s behest, Snape decided to honour Lily’s death by protecting her son.

This presents a grave question – if the child of prophecy had turned out to be Neville Longbottom, would Snape have switched sides? Probably not. Would he have shown any remorse if Voldemort had killed Frank, Alice and Neville Longbottom, instead of Lily? Certainly not. 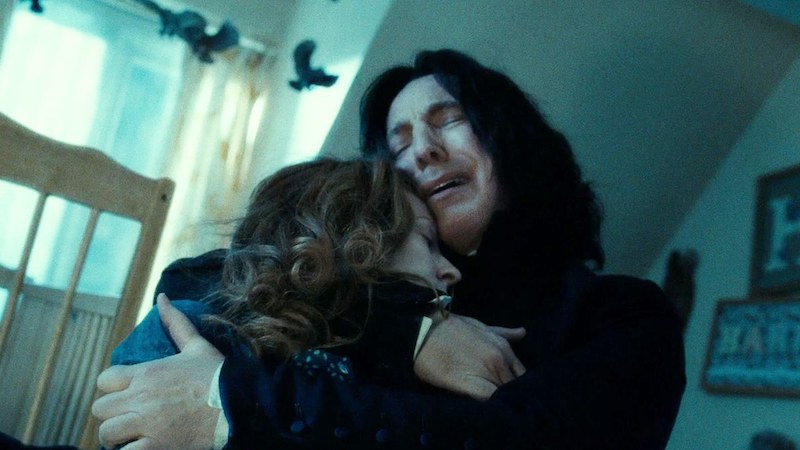 Even after he became the Potions master, there was little change in Snape’s behaviour. He constantly harassed and taunted Neville, and was even willing to poison his pet toad to teach him a lesson. A professor’s job is to impart knowledge, teach essential skills, and build students’ confidence so that they can achieve things. Although Snape was a capable teacher, his misdirected and horrid behaviour towards Neville was unacceptable.

One could argue that Snape’s proclivity to bully others stemmed from him being bullied by the Marauders whilst in Hogwarts. Hence, when Harry arrived at Hogwarts, with a face that resembled his dad’s (the leader of the Marauders), old wounds resurfaced, and all Snape saw was James taunting him. As a result, Snape constantly looked for ways to demean Harry, which caused a great deal of animosity between the two.  His hatred for James won over his affection for Lily, and he used his position as a teacher to continue humiliating Harry.

Some might argue that Snape did it to play the part of a merciless teacher and pretended to hate Harry for having killed Voldemort, so he would not come under suspicion of being allied with Dumbledore. But it’s pretty clear that he treated Harry like dirt to get revenge on James. No matter what, you DO NOT treat children like this, just because they are the child of your former bully. A son is not always his father and Snape, being a grown man, should have understood that and not made Harry the object of his taunts. 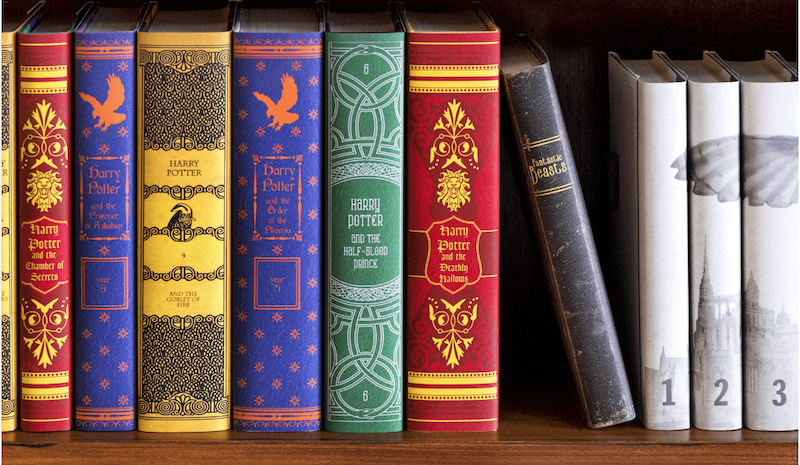 Snape: Redeemable Or Not?

This brings us to the main question- is Snape deserving of redemption or not? Sure, he played a significant role in the war against Voldemort and often saved Harry’s life.

But, let’s not forget, the only reason Snape protected Harry was because of his ‘love’ for Lily, and not because he felt it was the ‘right’ thing to do. He could easily have been swayed towards the Dark side had it been any other child. By using this apparent love as a reason for redemption, we’ve turned Snape into a tragic hero, but we forget that nothing can make up for the numerous wounds he has caused and the many lives he has ruined. His love for Lily and saving Harry does not absolve him of his other crimes, and he should be held accountable for those.

We call a character redeemable when they show remorse over their actions, but Snape showed no signs of doing that. Even though he did not seek forgiveness, yet the world bestowed it on him.

He remained a cold and arrogant man, who thought the world owed him something in return for his lost love. He gained a sort of sick pleasure in taunting his students and making their lives miserable, with no regard for their sensitive minds.

So, praise this man, revel in his unwavering courage, but never forget the irreversible damage he managed to inflict.