On the eve of Independence and Partition, my Ajja (paternal grandfather) was living with his family in Shimla. He worked for the Indian Civil Service and was posted there from 1946 till around 1949. My uncle, who was 7 or 8 at the time, remembers the violence coming close enough to cause worry. They could hear rioting from across the valley and from their backdoor, they could see the commotion in the distance. Around this time, the family had a servant, a Muslim man who had decided to migrate to Pakistan. My Pijja (great grandfather), a fastidious orthodox Brahmin from Udupi, while certainly not violent, had a strong dislike for the man simply because he was Muslim. The servant was not allowed to touch his things and Pijja would rather wash his own vessels in painfully cold water than give it to this man to wash during the Shimla winter.

But when the man announced his intention to leave, Pijja gave him a set of his clothes. The journey was going to be risky and he was more likely to reach Pakistan safely if he passed through India dressed as a Hindu. Pijja taught him how to tie a dhoti and gave him a sacred thread to wear under his kurta. He even taught him prayers, rituals and other Hindu customs so that he could recite them if he was caught and questioned by someone. Before sending him off, he asked the man to send him a post card when he reached the other side. I asked my uncle if they ever received the post card and he said they did.

I had not grown up with this story. In fact, although I knew that my grandparents had been in the North during Independence and Partition, it never occurred to me that the turmoil of that time had touched my family in any way. The Partition was just a chapter in my history book and it did nothing to convey the trauma and the horrors of the actual event.

Even now, it is difficult to fully comprehend the significance of the Partition. 1.4 crore people were displaced during the Partition. Up to 20 lakh people died due to disease or violence. Over one lakh women were kidnapped or raped and innumerable children separated from their families, never to be found. 1.4 crore, 20 lakh, 1 lakh– these are just meaningless numbers. They cannot be really understood because they are too big and too abstract. To really understand the impact of the Partition, you need to read (and listen to) the stories about the Partition. 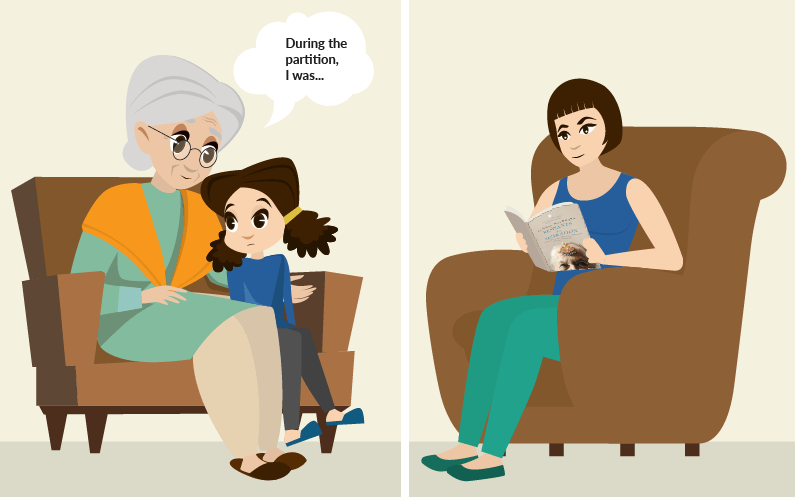 What Stories Of Violence And Loss Reveal

Stories of Partition are almost all soul-wrenchingly sad and terrifying – stories of children watching their families being slaughtered or mothers dragged away; stories of loneliness and fear in refugee camps ridden with disease; stories of men desperately looking for their missing wives and daughters; and stories of widows with their children landing in a new land with no means of supporting themselves.

Writers like Manto highlighted the absurdity of the arbitrary division of land through satirical stories like Toba Tek Singh or the utter pointlessness of communal hatred and toxic masculinity in his controversial short story Thanda Ghosht. Stories like these as well as documented history of this time would always fill me with a deep sense of hopelessness. Is this what we are capable of – this kind of mindless violence with no value for life? What of human consciousness and awareness? Where does that just vanish in moments like these? And perhaps because I teach history, it made me question the function of sharing history which is so full of trauma and violence – is it to warn humanity of the depth of our depravity so that we can be prepared for when history inevitably repeats itself? What am I telling my students – that beware of the darkness within us? This felt at odds with the belief I was raised with which is that humans are fundamentally compassionate beings – that love is our true nature. But nothing I was reading seemed to substantiate this belief.

Then my uncle told me that story of my Pijja. Here was an ordinary man who acted compassionately despite his bigoted views. For a moment he put aside his prejudices and acted with kindness. Pijja had not done anything dramatically heroic – all he did was give his Muslim servant a set of old clothes and teach him some prayers. It must have taken little more than an hour from his day, yet one cannot really measure the impact that one hour had on the servant. The story made me think back to the books I had read on the subject of Partition and I realised that I was often so focused on the stories that portray humans at their worst that I quite ignored stories that showed humans at their very best. 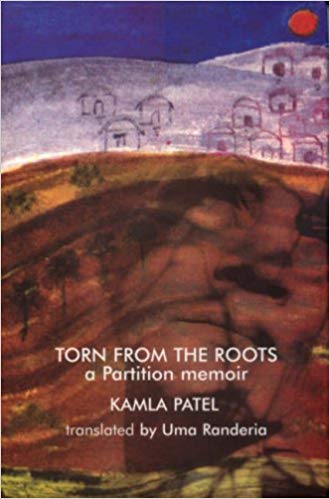 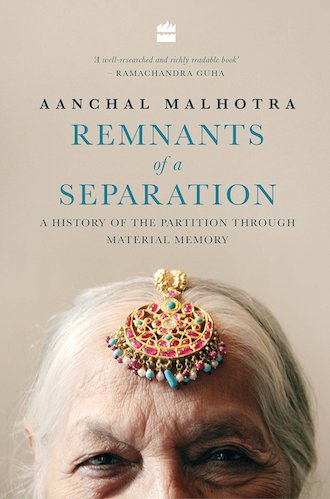 Compassion And Selfless Love Amidst Bigotry And Chaos

Take Kamla Patel’s memoir Torn From The Roots, for example. The memoir is a first-hand account of a government operation to rescue women and children who had been abducted during the riots. She worked for three years, setting up camps in Lahore, Amritsar and Jalandhar and over that time she saw just how depraved humans could be, but also just how resilient, strong and selfless. When I first read the book, the stories that stayed with me were stories of great suffering.

It was only when I read the book again that I noticed there were other stories Patel was trying to tell us, like that of a Muslim man who saved the children of his employer. A rich Zamindar woman, her sister-in -law and her three nieces and nephews were suddenly attacked by a mob of angry Muslims in their home. The women hid the children in the store room but were caught by the mob and killed. The servant was worried that the children might also be killed and so quickly changed them into rags and brought them to sit among his own children. He did this knowing fully well that if the children were recognised he and his entire family would also have been killed by the mob. Luckily, when some members of the mob searched his living quarters, they did not recognise the children and he was able to smuggle them out later to an army protected camp.

In another story, an elderly couple risked their lives by rescuing a young man who had been left to bleed to death. The couple dragged him home, cared for him, fed him and sheltered him. Their own situation was precarious yet they loved the young man and wished that he would stay with them. But he needed to search for his sister who had been abducted. So, the couple first helped him recover and then despite being truly attached to him, loved him enough to let him go, sacrificing their own happiness for his sake. These are stories of not just ordinary kindness, but extraordinary compassion. And her book is littered with stories of kindness, love, compassion, bravery and resilience. 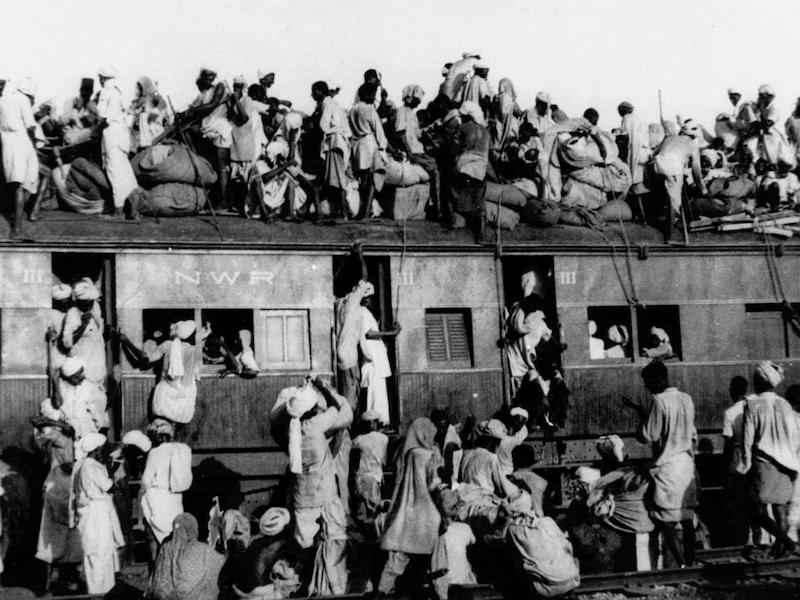 The Strength Of the Human Spirit To Heal

While these stories helped restore my faith in the human spirit, it is the stories of the survivors that strengthened it further. Patel writes “The human mind created by God is really a marvel! I was really surprised to see that amidst such terrible suffering, people began leading normal lives and were even able to enjoy themselves”. This sentiment is echoed in the stories told to us by Aanchal Malhotra in her book Remnants Of A Separation. She uses material history to animate our understanding of the Partition. She interviews 21 people and allows the things that they carried across the border with them to tell us the story of their journey, their memories and their transformation.

Like Patel, Malhotra’s narrative does not make the pain of Partition purely Indian. Both see the experience as a shared trauma. No one side was better or worse than the other. As she talks to these people about the objects that they felt were important enough to bring across the border with them, you realise that the desire to be happy can allow people to transform pain and suffering into something more meaningful. While invariably talk of the past, forced these 21 people back into that difficult time, they all seemed to derive something from sharing it with Malhotra and the rest of us. It is difficult to explain what that thing is, but you could sense that these conversations were allowing them to process that time and also examine their transformation into who they currently are.

In each of their stories, there is always at least one person (often the interviewee themselves) who is generous, strong, persistent and/ or kind. There are husbands who never left their wives, even when it made practical sense to do so. There are occupants of abandoned homes that gladly welcomed visits from their previous owners, without guilt and defensiveness but with gratitude and compassion for the suffering they had gone through to escape to the other side. There are people who offered to help even as they were suffering. Even the acts of sharing these stories are acts of courage and generosity in themselves because they help us remember. 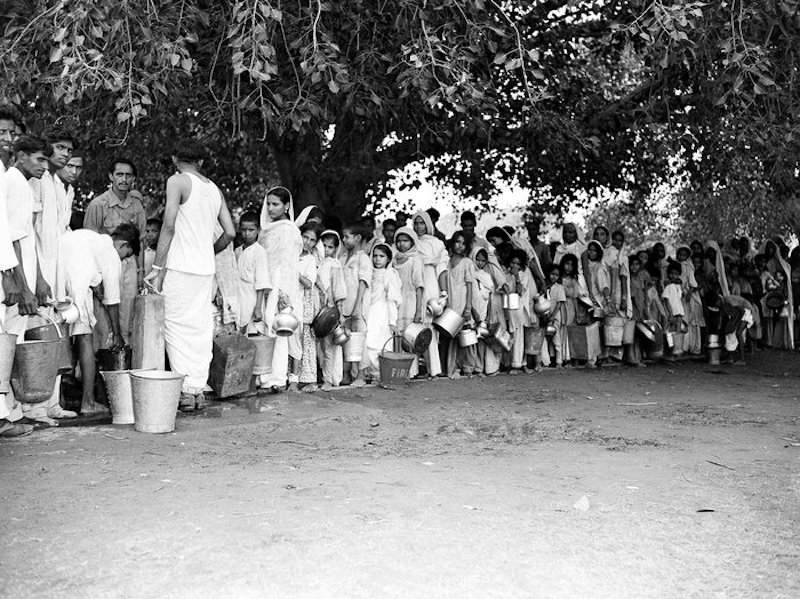 It is difficult to ignore the impact Partition has had in South Asia. In some way or another nearly all families, especially those who lived in the North and West, were touched by Partition. From Malhotra’s stories and my own experience, I feel like our personal family histories are as valuable and instructional as national or world history. In some way or another, they laid the foundation for who we are today. These stories need to be carried with us for future generations to remember so they can honour those who were hurt and lost to us all. These simple stories of kindness, perseverance, and strength must be preserved so that we never forget that even through darkness there is scope for light.