Oscar Wilde: Gay Icon Or Not?

Oscar Wilde was one of the most prolific playwrights of his time. Historically though, his trial for being a homosexual has always remained a constant companion to his success. At a time when homosexuality was a criminal offence in the U.K., Oscar Wilde was prosecuted and sentenced to two years of hard labour. This once-successful writer, who made the audience swoon with his writings, eventually died destitute and penniless.

The world is changing now, and a lot of countries, including India, have begun to decriminalise homosexuality. The LGBTQ community has started to fight for its rights, and a lot of LGBTQ authors and literature have made their way into mainstream media. Some people consider Oscar Wilde an inspiration for the LGBTQ community, while others are dubious. Even though most of his works allegedly have homosexual undertones, his refusal to accept his sexuality, and his belief in later life that religion might have rescued him from being a degenerate create conflicting versions of this man. Should we really be looking at Oscar Wilde as a gay icon? 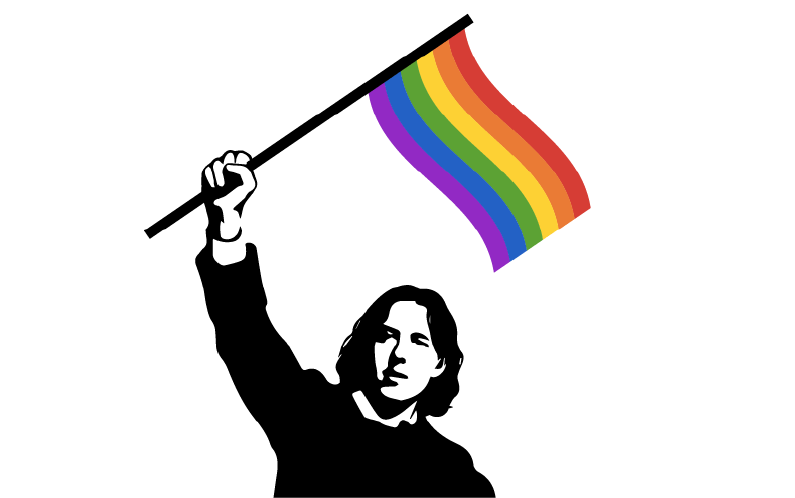 Oscar Wilde is credited with writing a number of plays and short stories and his writing is often praised for being witty. However, there also seems to be an undercurrent of homosexuality in many of his works. It can be speculated that Wilde’s work was a way for him to subtly express homoeroticism. When we dig deeper, it appears as if Wilde tried to incorporate his own experiences with the Victorian society’s aversion to homosexuality in his work.

For example, in The Portrait Of Mr W.H., Wilde’s narrator attempts to uncover the identity of Mr. W.H, whom Shakespeare dedicated his sonnets to. In the story, the narrator says that he “did not care to pry into the mystery of his sin or the sin, if such it was, of the great poet who had so dearly loved him”. Wilde is trying to cleverly veil his opinion that the affection between two men is pure, even if society considered it otherwise, through the words “sin, if such it was”.

Wilde’s fairy tales are said to have been steered towards an adult audience and hint at homosexual relationships. In The Young King, Wilde shows the king kissing the statue of a male slave. Similarly, in The Happy Prince, Wilde depicts a kiss between the Prince and the male Swallow:

“The little bird became colder. He did not leave the prince, because he loved him too much. But he was dying.

‘I am glad that you are going to Egypt,’ said the prince. ‘You have stayed too long. Kiss me, because I love you.’

Interestingly, the tale of the Prince and the Swallow doesn’t portray the “happily ever after” theme prevalent in those times, as the two do not unite even in heaven. Wilde was aware that same-sex relationships did not have happy endings in his time, and it seems that he wrote the unhappy ending of the story as a representation of the reality of the times. It’s sort of ironic how people in the story tear down the statue of the prince once they see it stripped of its beauty, similar to the manner in which society disgraced Wilde after his alleged sexuality came to light. 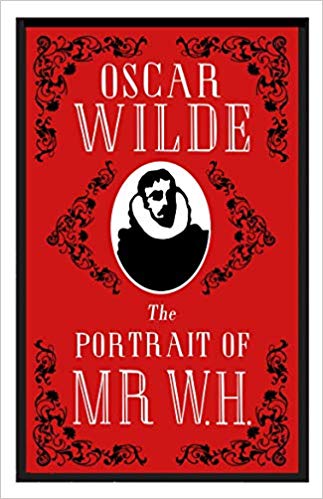 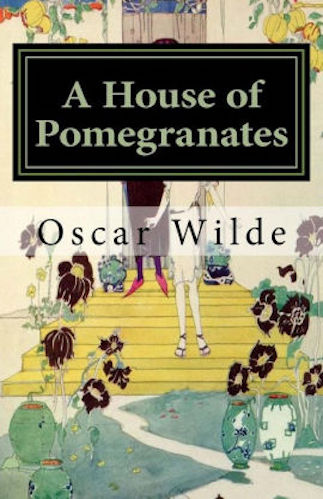 Other examples of homosexual subtext can be seen in Wilde’s most famous play, The Importance Of Being Earnest, which revolves around two characters, Jack and Algernon, who create secret identities to avoid their social responsibilities. The plot of leading dual lives appears to be rooted in Wilde’s own life as he himself led a double life- he was married for the sake of appearances even as he continued to have intimate relationships with men.

The very title of the play is a nod to its homosexual undertones as the term ‘Earnest’ was widely known as a slang term for homosexuality. Wilde also coined the term “bunburying” which means creating a different identity, to live the life you want. It is also rumoured that ‘bunbury’ is a pun combining ‘bun’ and ‘burying’, which clearly has homosexual connotations.

In a lecture on ‘Bunburying’ at the University of Connecticut, Lindsey Cummings, the director of the upcoming performance of The Importance Of Being Earnest, said that she asked her actors to interchange the word ‘bunbury’ with ‘homosexual’ or ‘homosexuality’ while reading their lines. Interestingly, for the most part, the sentences remained coherent. For example, if you replace ‘Bunburyist’ in “I may mention that I have always suspected you of being a confirmed and secret Bunburyist; and I am quite sure of it now” with ‘homosexual’, the sentence still makes sense. Another interesting example of this is, “Nothing will induce me to part with Bunbury, and if you ever get married, which seems to me extremely problematic, you will be very glad to know Bunbury.  A man who marries without knowing Bunbury has a very tedious time of it.” 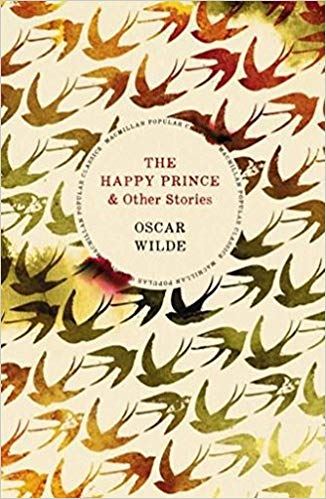 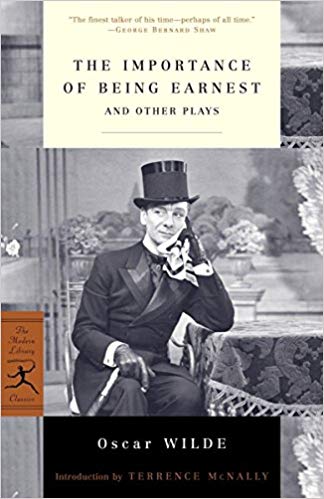 A Chink In Wilde’s Armour

Wilde’s only novel, The Picture Of Dorian Gray was criticised as “unclean,” “poisonous,” and “heavy with the mephitic odours of moral and spiritual putrefaction”. In Dorian Gray, a young man sells his soul to remain young and beautiful; however, his portrait reflects his true self. Basil, the artist who creates Dorian’s portrait is infatuated with him, and Wilde’s first draft shows us just how ardently.

When painting Dorian, Basil says that “There was love in every line, and in every touch there was passion”. He even confesses his feelings, saying, “It is quite true I have worshipped you with far more romance of feeling than a man should ever give to a friend. Somehow I have never loved a woman.”

These lines clearly depict that Basil had feelings for Gray. When Wilde submitted this draft, his editor felt that it contained a little too many scandalous (read gay) themes, and asked him to remove them.

Wilde then revised many such lines and published it. The edited version of the above-mentioned line became:

“From the moment I met you, your personality had the most extraordinary influence over me.”

As a result, Basil appeared to be intellectually impressed by Gray as opposed to infatuated and, of course, this made it more acceptable to Victorian society.”

One can’t help but wonder why Oscar Wilde gave in and what that says about him. Maybe he was fearful of the backlash he might receive, as Victorian society did not approve of homosexuality, and saw it as something impure.  Perhaps, the answer truly lies in his own conflicted relationship with his sexuality.

According to Joseph Pearce, author of The Unmasking Of Oscar Wilde, Oscar Wilde was not comfortable with his homosexual lifestyle and confessed to feeling regret for his “offenses”. He declared that his intimate relationships with men were forms of “sexual madness” and called it a “monstrous perversion”. This is unlike the ‘gay icon’ image of Wilde that has been circulated in mainstream media.

Can we really consider such a man, who chalked up his homosexuality as a delusion, to be a gay icon? 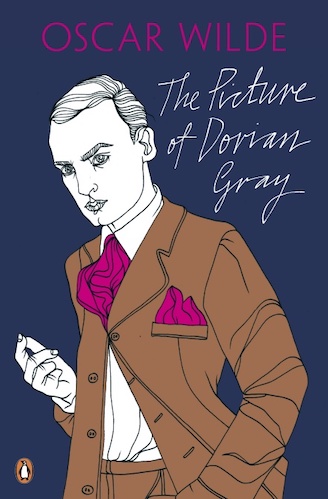 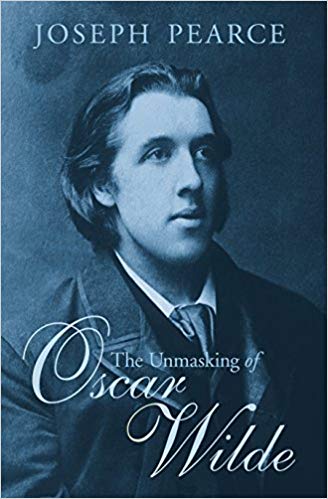 Oscar Wilde’s life was tragic, and he certainly should not be judged for hiding his sexuality, as being homosexual was a crime during his time. At the same time, even though the legal consensual age was 13 in his times, Wilde’s liaisons with underage rent boys and prostitutes do not sit well with us. Even the fact that he repeatedly denied being intimate with men, and later claimed that religion might have prevented him from being a ‘degenerate’ makes it hard to consider him a gay icon. He may have portrayed homosexuality in his work, and given it the same care as you would to heterosexuality, but he failed to stand by it in his personal life.

Oscar Wilde’s work is unparalleled, and he should definitely be hailed for it, but if we want inspirational LGBTQ activists to look up to, who were resilient in the face of struggle, it might be time to look elsewhere.