Sauntering in the world of magical realism can feel like walking into an Erik Satie song – there is the calm of knowing the story, but a chaos in the storytelling. Magical realism is a literary genre that almost feels surreal. Nestled somewhere in between literary fiction and fantasy, it is also a genre that readers are most afraid to pick up, especially because of how wild and nebulous magical realism books feel. 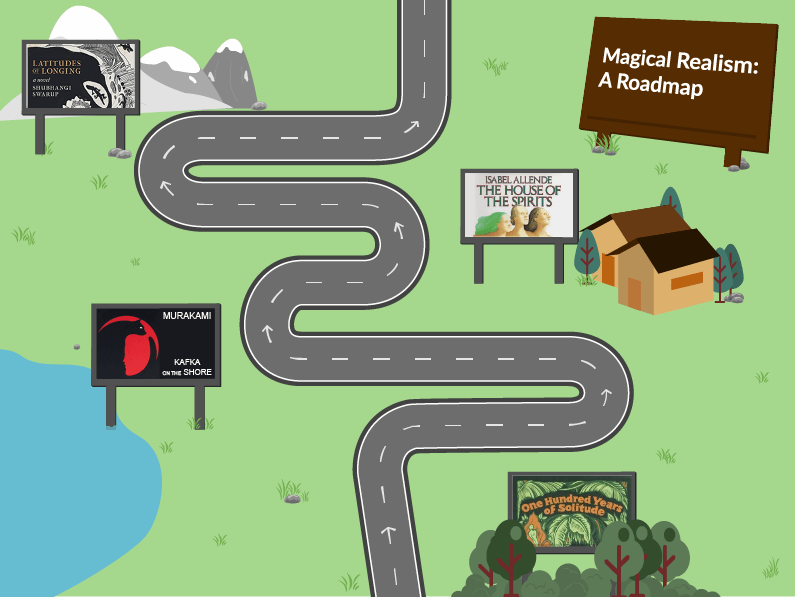 The term ‘magical realism’ was coined in the 1920s by German art critic Franz Roh while describing a style of painting in which there is a sense of unreality within the naturalistic; according to him, the category defined a way of responding to and representing reality, while considering unexplained phenomena in art. After the Latin American renaissance of the 1960s, Roh’s term spilt across countries and art-forms and became a global phenomenon. In the literary world, therefore, magical realism means that, like Roh’s paintings, the fictional characters are given a realistic treatment, but their lives are interspersed with the magical.

Magical realism, then, is a bridge that stretches out joining the real with the surreal. However, readers may find the genre contradictory because it is characterised by two conflicting perspectives – one based on the rational view of the real world, and the other as the acceptance of the “supernatural as prosaic reality”. Magical realism may often be confused with the genre of fantasy but it is important to understand that within the latter, the storytelling occurs in a world different from our own, and this is often an imaginary world. Magical realist books, on the other hand, take place in our own world but are imbued with a magical element that cannot be explained through the conventions of our reality. This is the reason why magical realist books often appear absurd to the reader because certain phenomena in these books cannot be explained with certainty.

I fell in love with the genre because of two books – Roald Dahl’s Matilda and Aimee Bender’s The Particular Sadness Of Lemon Cake. In Dahl’s book, we meet the genius protagonist, the five-and-a-half-year-old, Matilda Wormwood, who is a survivor of interpersonal trauma. Matilda’s chaotic home environment, her love for reading and most importantly, her secret power of telekinesis is what I loved about the book. The inclusion of an inexplicable magical element, in an otherwise realistic life, makes Matilda’s traumatic childhood more bearable to her, as well as to the reader. The Particular Sadness Of Lemon Cake is about Rose Edelstein’s secret gift of tasting people’s emotions in the food they cook. On the eve of her ninth birthday, Rose tastes her mother’s lemon-chocolate cake and, to her horror, tastes her mother’s hopelessness, and learns some dark secrets about her family.

The absurdity of the gifts that Matilda and Rose possess is how the books find their place within the realm of magical realism. In my head, they were two small heroines battling the real world with their secret magical gifts. For me, magical realism instils hope in readers; it opens up a space in the world, where the real, bad world’s despair could be righted by a small accidental course of magic. 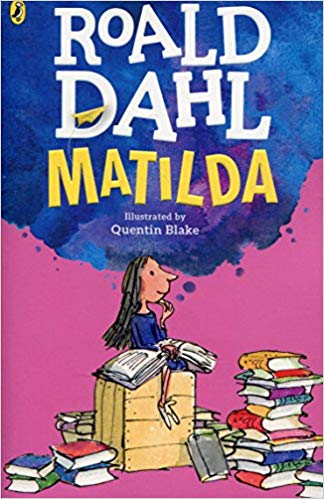 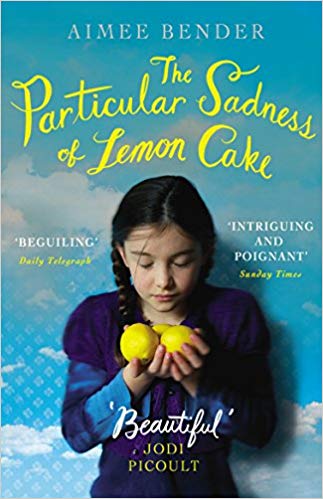 In One Hundred Years Of Solitude, Gabriel Garcia Marquez uses the theme of magical realism to deal with war, suffering and death in mid-1960s Colombia that was in the midst of politically-motivated violence. The story is based on the rise and fall of the town of Macondo and is shaped by the history of the Buendía family. The book is exemplary as Marquez presents the supernatural as mundane, and the mundane as extraordinary, and it makes the average reader heady, as he balances realistic facets of life like poverty, with outrageous elements such a priest who can levitate. By placing elements of the fantastical and the real together, Marquez is successful in explaining the true history of the politics of Colombia.

Haruki Murakami’s Kafka On The Shore is almost dream-like. In the book, the metaphysical realm collides with the natural world, in an almost meticulous way, as readers follow the story of Kafka Tamura, a young boy, and Nakata, an ageing simpleton, whose lives become inevitably intertwined. Kafka runs away from home, in a bid to find himself and ends up at a private library, and Nakata has an unusual ability to speak to cats after being in a traumatic war-time accident as a child. Murakami’s characters are not complete; they seem to be missing something crucial in their lives, and he uses magical realism to make sense of this. The absurdities that magical realism books bring forth, are very much a part of the book, but Murakami’s take on magical elements is tranquil and mysterious – the transition from real to magical is unnoticeable as if the magic belonged in the real world after all. 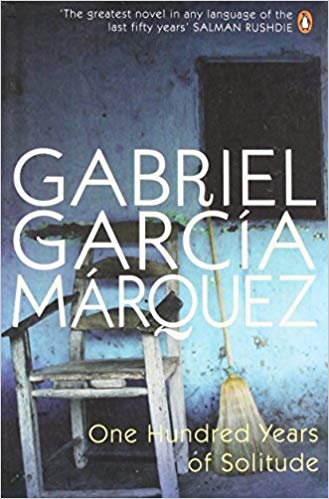 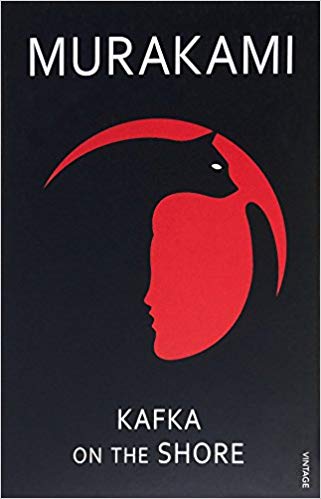 Another book that embodies within it, the aspects of magical realism is Isabel Allende’s The House Of The Spirits. Allende takes the Trueba family, weaving the lives of three generations into a tapestry that is interspersed with magical elements and, in the process, reveals their joys and tragedies. The book, set in Chile, is hauntingly similar to Marquez’s One Hundred Years Of Solitude, but has a strong female perspective; Allende uses magical realism as a dominant medium to explore female power and empathy. Esteban Trueba, the patriarch, is present throughout the book, but the narrative is woven through the women – Nivea, Blanca, Clara and Alba. The story is set against the background of a military coup and intense political violence, and the magical elements protect the readers as well as the characters from the trauma and brutality of sexual violence, political purges and the cycle of hatred that is perpetuated within the family.

Lastly, a book closer to home – Latitudes Of Longing by Shubangi Swarup – is a beautiful exercise in knowing and understanding magical realism. Swarup’s novel is judiciously divided into four sections – Islands, Faultline, Valley and Snow Desert – as she links desire with geographies. In the book, the characters engage with ghosts, immerse themselves in premonitions and warnings, learn and unlearn the mysteries of the supernatural, but their lives remain in the real world. The narrative slips in and out of the grasp of magic and the storytelling is reminiscent of Latin American magical realism books. Swarup stitches together stories in a way that the untamed fantastical and the mundane realities can coexist. Latitudes Of Longing is an exceptional piece of art, and stays true to what the genre depicts – “Anything is possible because Everything is.” 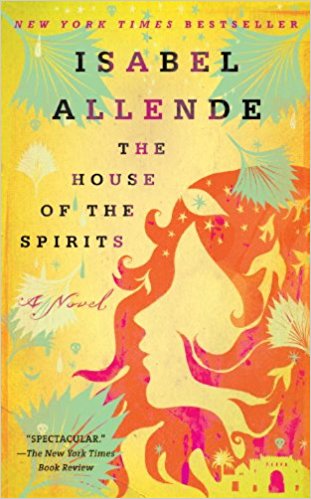 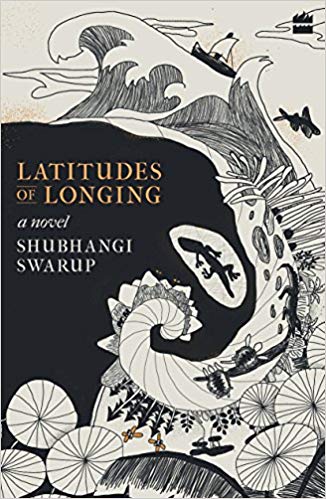 The books mentioned above will help you explore magical realism in a way that reveals both the history as well as the complexity of the genre. What you will appreciate is the interplay of the real with the fantastical, and while the genre might seem overwhelming, when you look closer, you’ll find that it is a literary contrivance that delivers hope. The genre is witness to writers telling difficult, painful stories set in real life, and offering up the hope of magic to shield and protect both fictional characters and readers alike.