How To Build Magic Systems Using Sanderson’s Laws Of Magic

First and foremost, I read fantasy and science fiction for the supranatural elements — the weird magicks, the hyperspeed warp drives, the shape-shifting beasts, planet-destroying moons, talking swords that demand the blood of vanquished foes and can summon fire and brimstone. These are just cool. A blade so subtle it can cut through the fabric of space and time? Sign me up for that.

However, style over substance can get old really quickly, which led me to wonder why some forms of magic continue to fascinate me, while others don’t.

This feature is the second of two parts on magic systems. You can read the first, on the spectrum of magic systems, here. 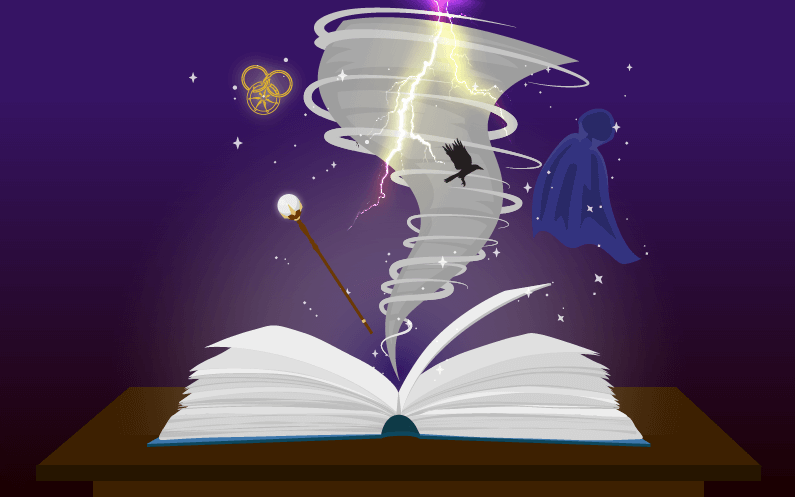 Writing a magic system is not that different from any other aspect of writing a book. The same writing tools that make a character, scene, a story arc or setting interesting also make a magic system enjoyable. Does magic herd the story towards tension? Does it force the characters to get creative with solutions? Is there a weakness to it that would adversely affect the protagonists?

Throughout the history of the fantasy genre, authors like George R. R. Martin, Octavia E. Butler, and Orson Scott Card, have frequently discussed different ways in which magic can be used as part of a writer’s toolkit. Brandon Sanderson, the author of the Mistborn series and The Stormlight Archives, codified these ideas and philosophies of building magic systems in Sanderson’s Three Laws of Magic. Those are the laws that I am using as scaffolding to build on.

Diving into Sanderson’s laws was like observing the inner workings of fantasy writing laid bare. It helped me gain a small understanding of the effort that goes into the making of magic systems that enthrall my imagination. Because to me, “It’s still magic even if you know how it’s done.”- Terry Pratchett 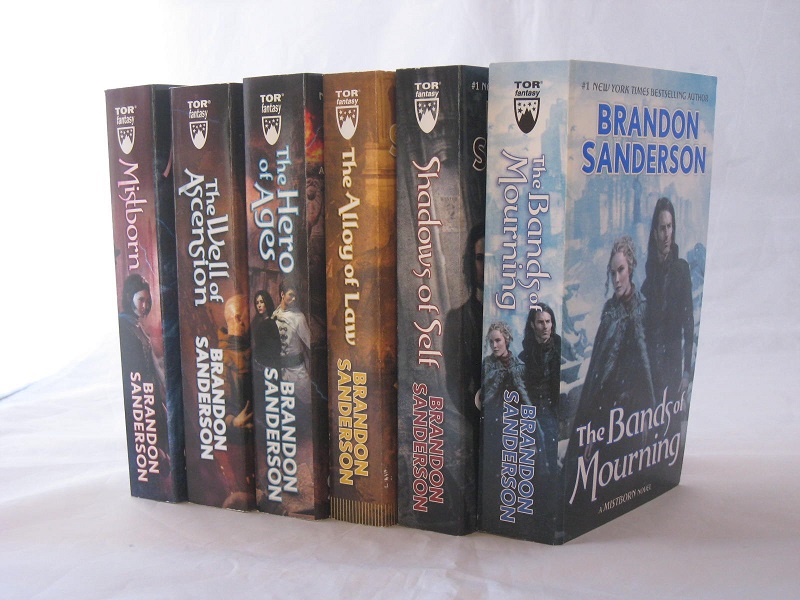 “The author’s ability to resolve conflicts in a satisfying way with magic is directly proportional to how the reader understands said magic.”

In hard magic systems, characters use magic in predictable ways to get results and solve problems. For this to be plausible to the audience, the character needs to understand how magic works, and, by extension, the reader understands how the magic system works. Quite often these stories take the shape of a mentor-protagonist relationship, where a more experienced magic user teaches the young padawan (and, from a metaperspective, the reader) about the inner workings of magic.

Conversely, soft magic uses protagonists that don’t understand the way magic works. Either they can’t use magic, and it happens around them to wondrous, often cataclysmic effect. Or, even if they are a magic user, the magic in the universe itself is untamed and wild. And thus, the audience is kept in the dark about the finer workings of magic.

As a result, with soft magic systems, the use of magic rarely benefits the characters in the story. Since the audience doesn’t understand how the magic works, having magic help the characters would end up feeling like deus ex machina.

Sanderson writes, “The really good writers of soft magic systems very, very rarely use their magic to solve problems in their books. Magic creates problems, then people solve those problems on their own without much magic.”

Jim Butcher’s The Dresden Files is an excellent example of a writer using his magic system this way. For Harry Dresden, detective-wizard-at-large, the obvious solution to nullify a threat would be to kill using magic. However, that would violate both the legal doctrine of magical creatures and his own moral principles. His inability to quickly dispatch threats, even in self-defence, when up against far stronger foes, often drives the plot. Talking about magic in his books, Butcher has frequently stated, “I just try and make Harry miserable.” 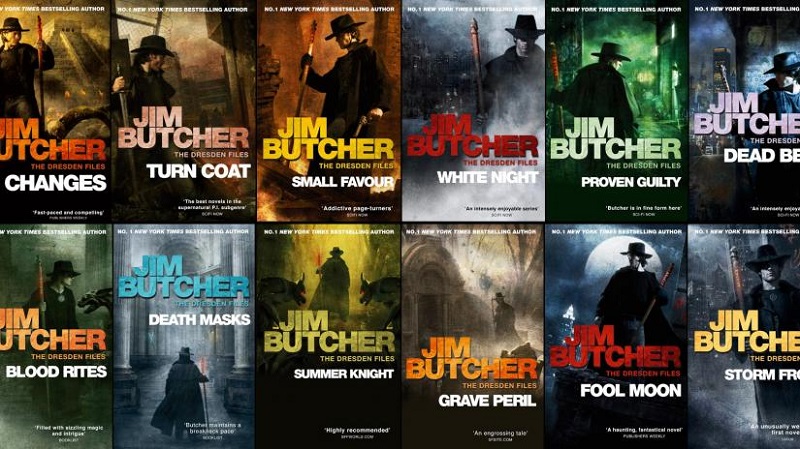 “Limitations are more interesting than powers.”

Magic is a source of energy native to the fictional world. One that our current reality doesn’t have. Going by our own history — the discovery of any new source of energy has fuelled civilisations, spurred economies, caused wars, led to civil unrest, emancipated people and fundamentally changed the nature of society. So, shouldn’t we expect the same of magic too?

The Price Of Magic

Some of my favourite magic systems are those that tie in carefully with the economy of fantasy worlds and fundamental economic principles like demand and supply. In The Kingkiller Chronicles, Patrick Rothfuss’ magic systems like artificing and alchemy require the use of expensive materials and time spent by the practitioner. As a result, the use of this magic is costly. The monetary cost depends on whether the source of the magic is renewable or not, if the results are predictable, the cost of goods, time spent and other factors.

The Real Price Of Magic

A secondary, more philosophical price and the real cost of using magic is one that drives the theme of most epic fantasy. What do characters lose when they use magic? What can go wrong?

As a result, while male channelers may attempt to gain higher levels of power than their female counterparts, they are also driven mad by it. Saidin, the female half of the One Power, remains the only safe source of magic. Thus, a matriarchal and misandrist civilisation evolved within the Wheel Of Time universe. 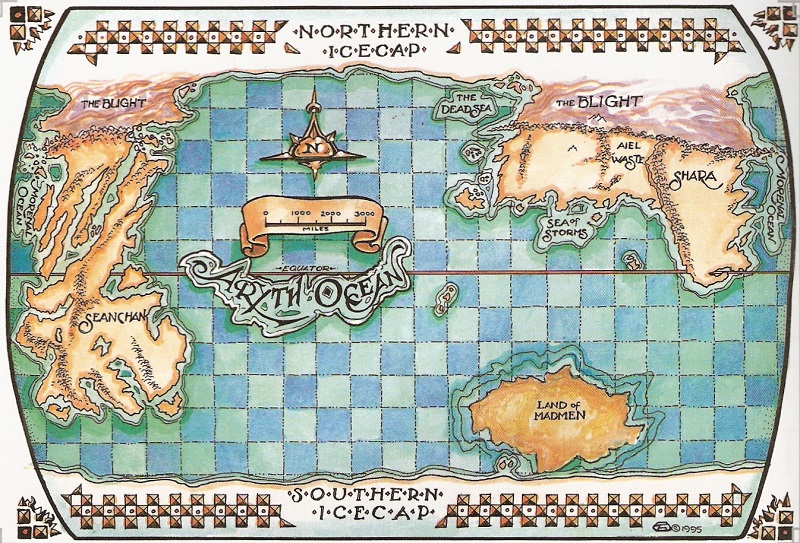 (Map Of Wheel Of Time Universe via WOTFandom)

Specific Abilities Rather Than Vague

The mere existence of technology in the world doesn’t help us. We discovered the magic of infrared radiation in the 1800s, but it is only the creative application of this discovery that gave us humanity’s greatest weapon in the fight against absolute boredom, the TV remote. The same is true for magic in fantasy. Limiting the use of magic and harnessing its abilities, so that characters have to get creative with how they use them, makes the magic interesting to us.

It is also a great way to make traditional powers feel new and unique. As a kid, and now a photographer as an adult, I frequently find myself in situations where the ability to fly would have been excellent. But flight in books doesn’t quite hold my fascination as it once did. So how do you make flight not feel mundane? By limiting it. Perhaps, magic allows flight only when the character can see where they are flying. This would let a protagonist take out an enemy in flight by blinding them.

Or, to limit them further, there could be characters who can’t fly, but can levitate and use nearby objects to push against to gain a limited distance. That would make an escape far more dramatic than just jumping out of a window and flying away into the night.

In the Mistborn series, characters who are Mistborn can push and pull against steel and iron respectively, allowing them severely limited levitation and movement. During daring escapes and inflight battles, you are acutely aware that they are trapped the moment they run out of metal. With a simple quirk in magical limitations, Sanderson can hold the dramatic tension firmly in place.

What Happens When You Violate Magic

The easiest way for a fantasy writer to lose their audience is to set up the rules of magic and then violate them without thinking of the consequences. Without severe consequences to breaking the laws of magic, books quickly lose their tension, and with that, our attention.

Fullmetal Alchemist is an example of law violation done perfectly. The series sets the tone of danger with using alchemy, by having the Elric brothers attempt to bring their mother back from the dead. The law of equivalent exchange governs alchemy, ‘Humankind cannot gain anything without first giving something in return. To obtain, something of equal value must be lost’. In keeping with this law, the Elric brothers assemble the ingredients that make up a human body and attempt a spell to bring their mother back from the dead.

However, having not taken into account the cost of a human soul, the alchemy fails. Summarily, this costs one of the brothers, Edward, his limbs while completely disintegrating Alphonse’s body, leaving his soul bound to a suit of armour. 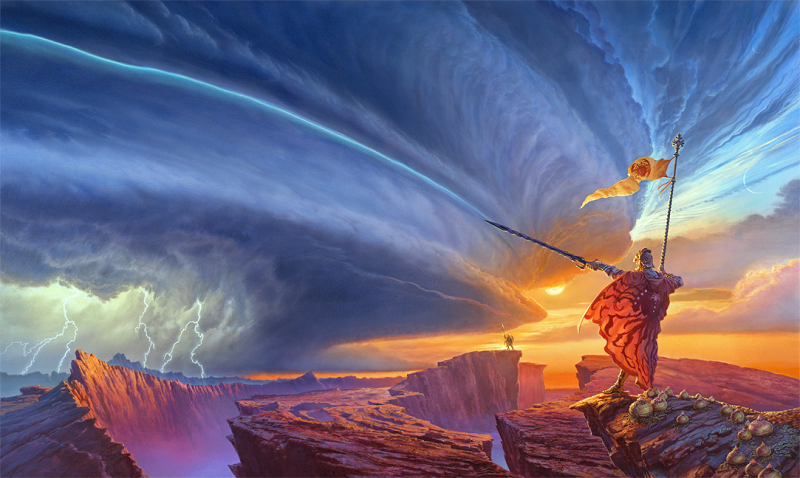 (The Way Of Kings via BrandonSanderson)

“Expand what you already have before you add something new.”

Go Deep, Before You Go Wide

Sanderson’s Mistborn is a good example of this principle in action. The world utilises three magic systems: Allomancy, Feruchemy and Hemalurgy, each giving magic-users specific powers when used in conjunction with certain metals. However, instead of adding new magic systems as the series grew — from a standalone book to a trilogy to a series — Sanderson instead focusses on developing the quirks and experiences of people who can synthesise magic from two of the three systems.

Vin, the protagonist of the original trilogy, is an allomancer, who discovers she has hemalurgic abilities, as the books progress, as a result of a bronze ring piercing, given to her by her mother. This allows her to penetrate copperclouds, a shroud that can be created by Mistborn and Smokers, to prevent the detection of allomancy. This style of power blending is further explored in later books that introduce the notion of twinborns, people who possess both allomantic and feruchemical skills.

By incorporating magic within a society, magic itself creates rules and patterns that govern any fantastical society. If you are drawn to fantasy and sci-fi, it is because you find these leaps of imagination refreshing. And, you are willing to forgive the lack of scientific accuracy because delving into magic systems allows you to explore the more metaphorical aspects of humanity. Readers of fantasy can suspend disbelief with almost religious fervour because good authors offer them enough plausible deniability to do just that.

I say “almost” because fantasy and sci-fi readers will never buy “because… magical reasons” as an acceptable answer for pivotal moments in a story. When a magical payoff feels unearned, we know it. When the author waves a magic wand to pull characters out of a messy situation, in a way that doesn’t feel consistent with the use of magic, we see it.

However, when authors take the time to build a world where magic is consistent, and where magic pushes the narrative forward with surprising, yet inevitable twists, that is the domain of truly epic fantasy.

Sanderson’s Zeroth Law: “Always err on the side of what is awesome.”