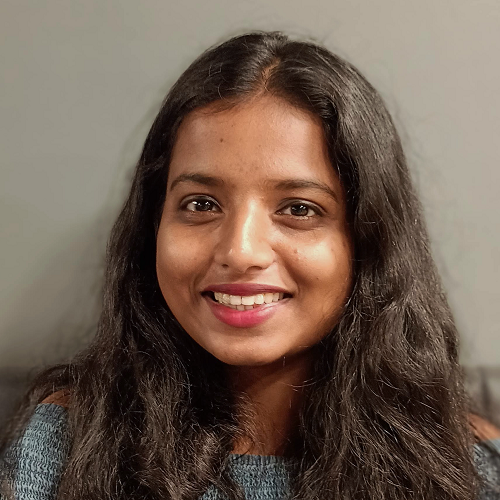 ‘I don’t like being called a ‘woman writer’. I would rather be called a writer who is also a woman.’

Krishna Sobti has been widely studied as an author whose writings raise feminist concerns. The female characters, in most of her works, play a crucial part in the narrative. Her characters are shown resisting societal pressures within realistic situations and settings. Be it the rebellious Mitro from Mitro Marjani (To Hell With You Mitro) or the radical Aranya from Samay Sargam (The Music Of Solitude), Sobti’s women remain relatable across all walks of life.

As a writer who endeavoured to address issues specific to women, Sobti placed her characters in circumstances that ranged from daily domestic hassles to questions on identity and status in society. This allowed Sobti to contest regressive ideologies and to push a reader to think beyond what was acceptable in society. While her stories worked to overturn societal conventions, the effectiveness was in the manner in which Sobti used language to show her characters’ slow yet profound resistance.

Thus, it is imperative to pay attention to Sobti’s brilliant and unpolished choices of phrases, and the infusion of regional slang in her writing. Readers understand Mitro’s rebellion, in Mitro Marjani, through Sobti’s use of unabashed language while they get to know Aranya, in Samay Sargam, through efficiently written conversations. These women characters, from her much-loved novels, thus bring together pertinent themes in an engaging manner. 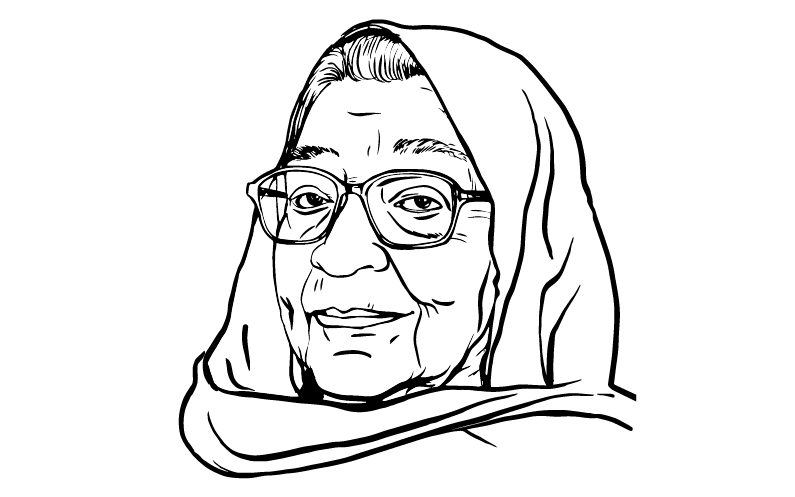 The patriarchal set-up of the Gurudas household, in Mitro Marjani, ensures absolute control by the male members via normalised forms of oppression including physical and psychological abuse. The second daughter-in-law, Mitro is looked down upon by the family for her transgressive behaviour. Even though this novel was penned back in 1966, one could easily pass off Mitro as a contemporary woman, trying to grapple with the expectations set out by her in-laws while also trying to maintain her individuality.

Mitro’s repeated demands for the fulfilment of her sexual needs, conveyed through Sobti’s witty and vibrant language, effectively upsets the idea behind the need to control women’s bodies. We are introduced to Mitro through an episode of what can be clearly referred to as domestic violence, involving her husband, his brother and other male family members. They try to use their physical strength in battering down Mitro to force her to subdue her bold body language. It is through the exchange of dialogues that we understand that these episodes occur frequently in the house. However, it is Mitro’s response to this suppression that stands out.

(‘The dullards! Had they any manhood, they would have either licked me all over with relish or torn me apart like a lion.’)

Mitro’s confidence about her body and sexuality comes across when she asks questions like ‘Has anyone got such breasts?’ or responds to questions on the delay in having children by laying the blame on her husband – ‘Mother I am such a goddess that before anyone could touch me I’d mount the throne, but the poor devotee here…’ This kind of a bold attitude in female characters who talk about their body and fertility in an empowering manner marked a radical departure from the literary women of that era.

Mitro does not hold back from complaining about her husband’s lack of virility nor does she let anyone accuse her of being unable to produce a child. She is vocal about her ability to bear several children, provided her husband also contributes to the cause. By giving Mitro the power to control her body within a repressive environment, Sobti shatters the taboo attached to expressing female sexual desires, especially for a married woman. 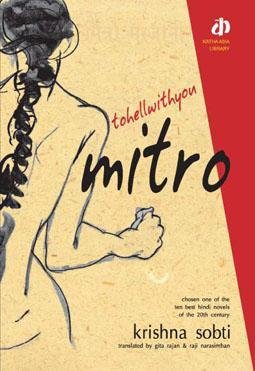 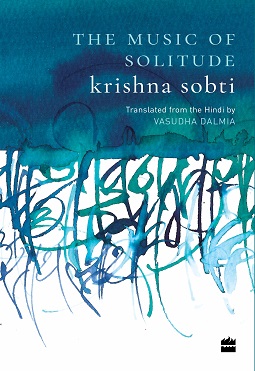 The Solitude Of Old Age Through Aranya

On the other hand, Aranya, from Samay Sargam, seeks a companionship that perhaps surpasses the definitions of friendship. An aged but fiery Aranya shares an intriguing relationship with her old friend and neighbour, Ishan. They bond over good conversation that goes hand-in-hand with freshly brewed cups of tea or the occasional meal. Their conversations range from pondering over nirvana and rebirth, human nature and their favourite books to informing each other about the well-being or uneasiness related to their digestive health.

Aranya also savours her share of solitude in her daily activities. Sobti adds depth to the character by showing her having conversations with herself as she goes about her daily tasks alone. For instance, Aranya reaffirms her faith in her own capabilities when she says, ‘Will you be able to add another line to the script, at this juncture in your life? Yes, of course – just this much that I am my own script.’ Or, during her walks in the park – ‘You haven’t become short sighted, have you? You must get eye-drops from the chemist. When is your next appointment with the eye-doctor?’

Through Aranya, Sobti manages to reset many of our preconceived notions about the loneliness and boredom that one associates with old age. She shows us how solitude can be beautiful and peaceful, and not necessarily lonely. There is a different kind of music that can be found within the multiple tunes of this solitude – the kind that Aranya makes for herself, the kind she shares with Ishan. As the past and present overlap through the memories of their youth, priceless objects like letters, old books, etc., we see the city of Delhi becoming a witness to this unique solitude. We see a meaningful association between Aranya and Ishan placed within the changing landscape of the city and get a peek into the uncaring world inhabited by the senior citizens of various houses.

Aranya’s thoughts on feminism in Samay Sargam establish her as an opinionated and progressive individual. Despite her age, she refuses to look down upon her changed body or measure her worth via the conventional standards of beauty and efficiency. Nor does she feel the need to perform the various roles that a woman is expected to perform, like those of a dutiful wife or a doting grandmother. Instead, Aranya propagates ideas of independence, self-confidence and an ageless mind and comes across as an empowered woman.

Sobti contrasts Aranya’s life with the plight of other senior citizens like Damayanti who is forced to suffer at the hands of her children. Damayanti applauds Aranya’s choice to live independently and regrets her own inability to make the same choice when she says, ‘I would be less anxious if I lived alone, like you.’ Damayanti’s comment, and the reality of senior citizens’ lives in the book, prove Aranya’s argument that ‘the idea of an all-encompassing joint family has ceased to exist; it’s a myth in today’s day and age’ time and again.

On the other hand, Sobti shows us a traditionally patriarchal family ridden with greed and lust in Mitro Marjani. Here, Sobti focusses on the female protagonist Mitro’s freedom to choose. She gives Mitro the agency to decide on her future and to have a say in what happens in her life, irrespective of the pressing demands and expectations that society might throw her way. Unlike Aranya, who has a secured place and position to exercise her choices, Mitro finds the space to revolt within the oppressive system that she belongs to. 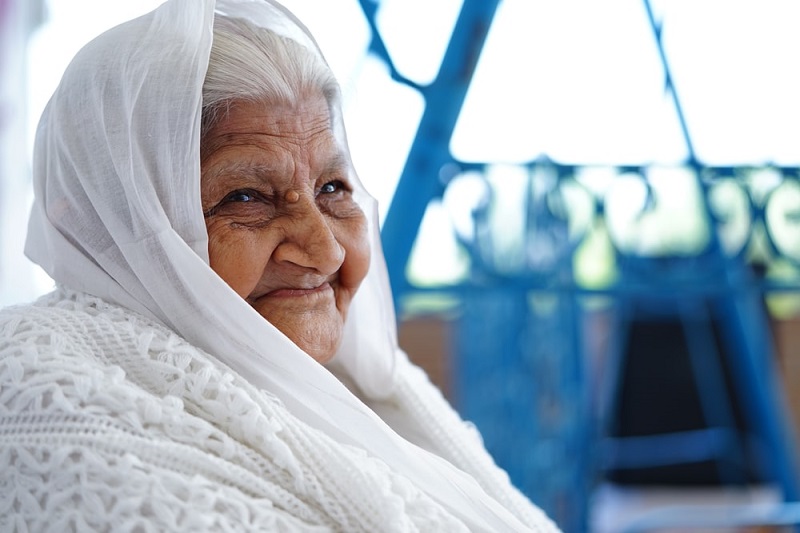 Sobti’s female characters resonate with readers even today. We are still able to relate to a Mitro who is stuck within the limitations of a domestic space that is highly patriarchal in nature. We understand the problems faced by an Aranya who is bound by the restrictions associated with old age. However, the way she turns the narratives around is by overturning the existing notions of how a married woman needs to conduct herself or what an old woman should concern herself with.

Sobti, thus, creates female characters who are sources of perennial hope and change and possess a contagious spirit. And, she consistently reminds her readers that every resistance, whether subtle or strong, against stereotyping and pigeon-holing women makes a difference.

Elsa has completed her B.A. in English Literature from Sophia College, Mumbai and her M.A. in English from SNDT University. Her academic endeavours have allowed her to be a part of mind-blowing discussions on literature and life throughout her college years. She is known for her interesting storytelling skills by her friends and family. She is currently combining her interests in literature and teaching by enthusiastically lecturing undergraduates in a Mumbai college.