The Curious Case Of The Indian YA Genre

Haven’t most of us been obsessed with flying witches, magic schools, dazzling vampires (yes, I’m looking at you, #TeamEdward) and fantastical adventures at some point in our lives? As teens, we loved the world that young adult (YA) literature exposed us to – one filled with stories of the supernatural, of romance and of adventure – just as we were about to step into a new adult world. YA literature has since been our constant friend, our companion whenever we felt alone when fictional characters understood us more than our parents would. Perhaps that is why we feel such an affinity for the genre, and it shows in the ripples it has created in the world.

Worldwide, the genre of YA literature has grown in leaps and bounds, from Harry Potter (which started off as a children’s book but grew darker as the series continued) to The Hunger Games. Their literary and cinematic success played a crucial role in helping YA literature gain worldwide fame and popularity. Young Indians did not escape this wave of YA literature either, as they quickly became Potterheads or lined up to watch The Hunger Games movies.

While YA literature has existed as a literary genre since the 1970s, gaining tremendous popularity in the 1990s, India took a while to catch up. The success of the YA genre in the West led to a crop of authors in India who wrote with the desi audience in mind. With simple stories that appealed to young Indians, YA in India grew, but at a snail’s pace.

It was only after 2000 that books in India began getting published under the YA genre. Duckbill’s Sayoni Basu specifically remembers Paro Anand’s No Guns At My Son’s Funeral as one of the first books to be marketed as YA. Since then, Indian YA has branched out into its own subgenres.

So, how has the journey of Indian YA literature been thus far? 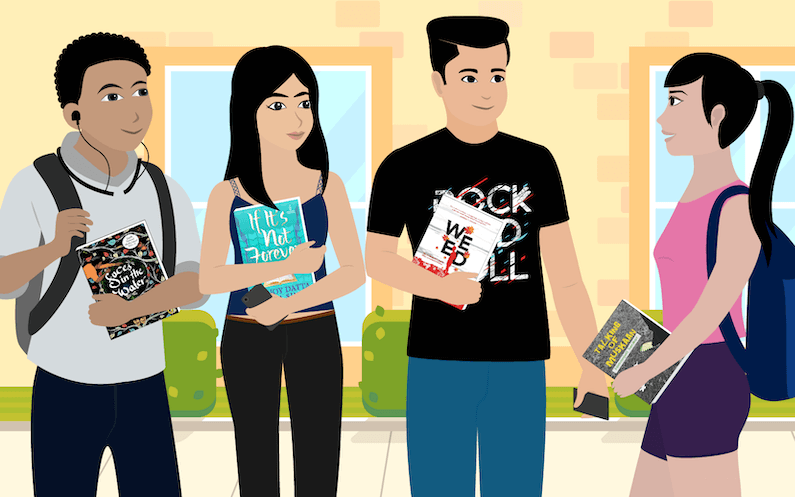 The Genesis Of The Genre

Love him or hate him, Chetan Bhagat did usher in a new wave of publishing in the Indian literary world. Sappy romances and coming-of-age stories were introduced for Indian readers, and we were no longer dependant on the stories based on the American high school system, or their associated (unrelatable) problems.

Suddenly, there existed books that spoke about the Indian youth, their love lives, peer and parental pressures, and how to navigate the Indian social system, which remains radically different from the West. It also helped that these books were gobbled up as quickly as they were published by young Indian readers from both Tier II and Tier III cities. This, then, led to the rise of authors like Durjoy Datta, Ravinder Singh, Preeti Shenoy, and others, who popularised fiction for young readers by tapping into their likes, dislikes and love lives. 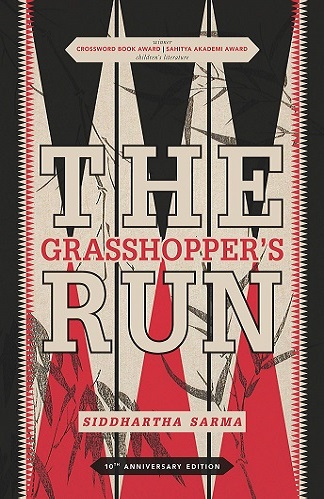 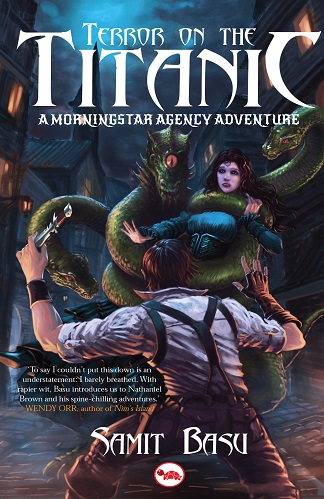 However, while YA in the West can be subcategorised into supernatural, coming-of-age, fantasy, romance, etc., YA in India is still finding solid ground to stand on. Due to this, writing romances became the easiest way to get into the Indian YA mind, which had grown up on a steady diet of Bollywood-esque romances from an early age. While thrillers and horror also do well, romance sells the best with the youth. As a result, there are more publishers pushing for YA romances.

With authors like Durjoy Datta, Ravinder Singh and Preeti Shenoy enjoying not only a huge and loyal fanbase, but also the stamp of being ‘bestselling authors’, numbers indicate that romance is synonymous with YA literature in India for the most part. These books have managed to sell thousands of copies, and have stuck to a very clear-cut formula – chick-lit or typical campus romances that follow a mechanical Bollywood-style boy-meets-girl-breaks-up-meets-again formula, with lots of sex thrown in.

Most of the books talk of love, friendship and heartbreak – the tried-and-tested formula of a typical romance novel. In addition, the authors write their stories in a manner that is simple and easy to understand. Thus, it comes as no surprise that the books have resonated with the romance-loving YA readers of India. 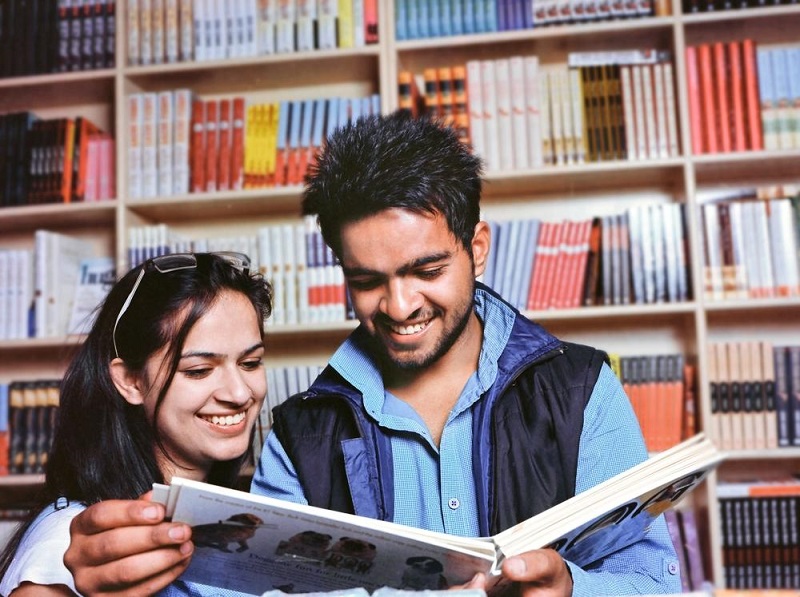 Growing Diversity In Indian YA

The point of literature is, and always will be, to bring about change. While romance has been a selling point for years, YA readers in the West have also had the opportunity to explore books on magic and the supernatural, along with those on contemporary issues such as LGBTQIA+, politics, etc.

So, why not India?

Readers, authors and publishers have noticed this growing diversity within the YA genre, and realised that there exists a need for a more Indianised version of the same stories. India has a different socio-economic, political and cultural structure as compared to the West, which means the requirements of the Indian readers are also different from their Western counterparts. Due to this, there emerged a section of readers who felt the need to read books that were Indian in context and spoke of not only love and romance, but also the way we navigate our lives in India.

Rather than imitating their Western counterparts, Indian YA authors have instead chosen to express their ‘Indian’ voices by exploring the stories of Indian teens and their trials and tribulations. Says Basu, ‘A couple of years later [after 2000], there were a slew of really good ones: Siddhartha Sarma’s The Grasshopper’s Run, which won the first Crossword Children’s Book Award in 2009 and Samit Basu’s Terror On The Titanic, for instance.’

While the general perception is that teenagers (young adults) need to be protected from heavy social or political problems, the truth is that they are more than aware of the reality within India. Today, teenagers are participating in protests, voicing their opinions and are interested in being aware citizens of the country. Which means their fiction needs to reflect the same.

Tapping into this, Ranjit Lal brought out Faces In the Water, which doesn’t shy away from talking about a pertinent topic like female infanticide. Paro Anand’s books, Weed and No Guns At My Son’s Funeral, talk about Kashmir, a matter of recurring political discourse in India. On the other hand, YA LGBTQIA+ novels were slow to enter the market. Himanjali Sankar’s Talking of Muskaan and Payal Dhar’s Slightly Burnt were the two that first introduced LGBTQIA+ themes to the Indian YA scene.

All these books (and others like them) have had an extremely vital impact on young adults. It is through these books that they’ve learnt about the issues plaguing our society, thereby generating more conversation and discussions. The hope is that these young adults will grow up to become rational thinking and empathetic humans who will take the learnings from the books they read and use them to execute real change.

However, this broadening scope of Indian YA novels doesn’t mean that we cannot have our own YA fantasy fiction or magical adventure novels. Today, Indian YA also has brilliant historical fiction, poetry and coming-of-age novels to show the literary world the breadth and scope of a genre that only grows more inclusive by the day. 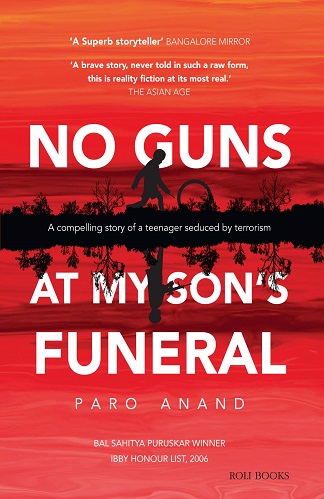 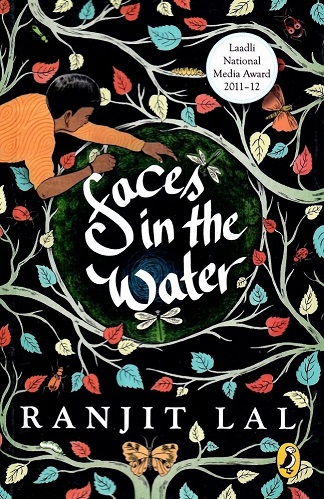 Young readers are a fickle market and can either make or break an author. Nonetheless, they are an extremely curious bunch, and rely on their online peers and book clubs to keep tabs on the coolest new book in the market. At the same time, they are also quick to avoid books by authors who’ve made a bad impression. Publishers are wary of this crowd and say that the market for YA books is ‘still growing up’.

As the genre of Indian YA continues to develop, it is bound to see a lot of trial and error. This is something that Lubaina Bandukwala, commissioning editor at Nova, Scholastic’s young adult imprint, agrees on. She says, ‘Our styles are uncompromising now, we aren’t afraid to explore darker stuff in YA novels. YA readers are few and discerning, and you cannot mess it up. But what’s encouraging is this – a few years ago, you could only name a few authors who wrote promising, edgy YA lit. Now, we have Kanika Dhillon, Sampurna Chatterjee, Jerry Pinto jumping on to this. And writers are not hesitant to write anything.’

All in all, it appears that the Indian YA market is still in its formative stage. While romance has been the selling point for decades, the fact that we are now tackling issues like mental health, politics, LGBTQIA+ is proof that Indian YA literature is evolving. Here’s hoping that the coming years continue to produce more diverse YA literature, thereby giving us wonderful books to explore while also helping shape the generation that will ultimately shape our future.