Are We Living In A Dystopian India?

It is November, and the festival of lights is upon us. After an evening of delight and mirth, as if by clockwork, there is a crisp smell in the morning air, people are wearing masks to escape the dark haze and the air quality index (AQI) has dipped to 428 or severe/hazardous. It is December, and a young woman and her friend step out this winter night to catch a late-night movie, but they do not return. Two days later, there are nation-wide protests over the brutal gang-rape and killing of this woman, and these protests are quelled by the government through tear-gas and violence. For close to thirty years, a draconian law has uprooted the lives of people in a faraway land where they can be arrested, searched and their basic rights can be violated without a warrant. In another faraway land, there exists a register that contains the names of its genuine citizens; people whose names do not appear on this register are now stateless – thousands of people, especially women, are turned out of this faraway land.

Do these invoke strong images of a dystopian future? However, these are real-life events that have occurred in our own country in the past years, which brings to question whether India’s extant volatile political and socio-cultural environment has morphed it into a dystopia. What is a dystopia? It is not just a ‘not-good place’ – in fact, it is an environment that is born out of the hope of a better future but has turned into a grim and dismal place because of a mistake or oversight. In simple terms, a dystopia is a utopia that did not have regard for humanity in a bid to be the perfect society.

In this piece, I sift through recent developments in India in order to understand its tryst with dystopian tendencies and compare it to classical and contemporary dystopian literature in order to comprehend what it means to live in a place where human lives are violated and squandered for a neo-capitalist, oppressive political spectre. 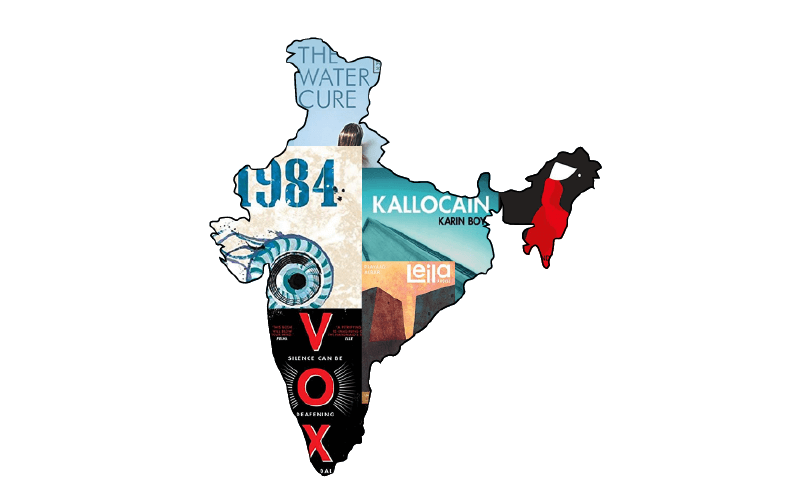 India As A Dystopian Democracy And The Dilution Of Identity

The idea of a dystopia stems from the depiction of several forms of discipline exercised by the government over the body and mind of its subjects, and how this discipline creates a dissociation of the subjects from their individual identity. Early classical dystopian literature such as George Orwell’s 1984, Ayn Rand’s Anthem, Aldous Huxley’s Brave New World, and Margaret Atwood’s The Handmaid’s Tale – reflect how the state produce controlled and disciplined bodies through the utilisation of a “strictly regulated routine, prescribed social functions, reproductive control, and constant surveillance”. There is also heavy use of indoctrination, that happens gradually – people are indoctrinated to follow certain rules and logic, while at the same time, are encouraged to ignore their individualistic feelings and ambitions. As a result, they end up idolising the collective and simultaneous erasure of their own identities. This seems to be a prerequisite in dystopian literature – a gradual estrangement of the characters from their own identities.

In 1984, Orwell portrays a dictatorship state with ceaseless surveillance, protracted wars and horrid living conditions, where individuality is regarded as a “thoughtcrime”, and people live in a constant state of anxiety and fear. The novel is characterised by a constant suppression of the identity of its characters as the ideology of the Party’s ruler, Big Brother is strengthened through propaganda, the invention of Newspeak and the blatant manipulation of past political and historical narratives.

In Kallocain by Swedish writer, Karin Boye, a society is born out of the elimination of identity and suppression of individualism as people are continually subordinated by the political apparatus of the Worldstate. The invention of a drug called Kallocain – a truth serum – becomes the ultimate weapon in the hands of the state, as it can reveal any individual thought, and annihilate all possibilities of a rebellion. Ayn Rand’s Anthem, inspired by the condition of the Soviet Union, speaks of a place where all individual dreams and ambitions are expunged, and people worship and idolise the collective; children, who are state property and are raised by the government, are assigned specific social roles so that they can contribute to the overall commonwealth and prosperity of the state.

These fictional dystopian trajectories are not very distant from our real lives in India. In November 2016, as currency notes in India were demonetised in public interest – and in a bid to win over corruption and encourage the use of e-cash and virtual banking – the citizens of the country were expected to shed their individual identities and the rigmarole of their daily lives to further the national interest. The narrative weaved by the state was that this cultural shift from hard currency to online banking, from ‘black’ to ‘white’ money was a supreme purpose for the nation, and citizens were expected to perform the role of the collective – to stand in long bank queues to contribute to the good of the state.

The world’s largest biometric ID system, India’s Aadhar, is a unique identification number that can be acquired by its citizens by surrendering their biometric and demographic data to the government. This system is by definition dystopian, considering the quantum of data that is collected from individuals – the translation of actual human beings to statistics, in the name of welfare, through formidable technological linkages; what can be achieved through the collection of this data is yet to be witnessed, but it will certainly lead to a gradual dilution of individual identities for the greater good.

The concept of a dystopian democracy is not just a grim forecast of the distant future to be; it is a dystopia-in-progress, an actual dystopia that is constructed every day through the enforcement of surveillance, the heightened use of technology and the bartering of individualism for an “empowered” collective identity. 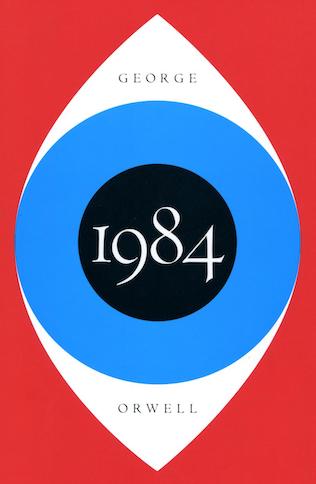 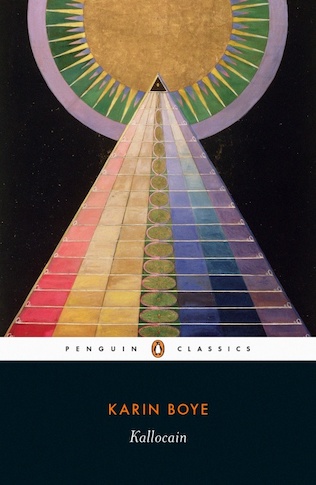 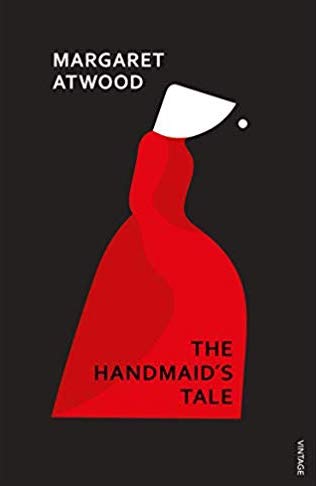 The Feminist Dystopia As A Cautionary Tale

Prayaag Akbar’s Leila is set in the near future, in an unnamed city that resembles a cosmopolitan Indian city where communal violence, identity politics and class divisions are normalised; it brings up images of an ominous world where its characters have willingly bartered their freedoms for a society that is based on predictability, convenience, stability, and security. The novel strikes at the heart of India’s pride, its diversity – citizens are divided up into residential sectors based on their religious identity, and there is enforced segregation. This segregation is intensified by stringent patriarchal values, the blatant ostracism of widows, and heightened inequality – this is all imposed in the name of purity. The novel is characterised by deepening patriarchy in the life of the protagonist, Shalini, which is commonplace in India, where women are asked to give up their personal narratives in order to be consumed by the collective.

Feminist dystopian literature, a sub-genre that burst at the seams with Margaret Atwood’s much-acclaimed work, The Handmaid’s Tale, uses the lens of fantasy and science fiction to project concerns around women’s equality on to the future. In a country where women are treated as second-class citizens, most feminist dystopias take space in the literary world to send out warnings about how constant political inaction, coupled with religious fundamentalism and technological advances will be used to curtail women’s freedoms, rather than giving them a level playing field.

Vox by Christina Dalcher is about the diminishing voices of women in society. The novel shows how an orthodox, conservative political party gains control of the White House and the Congress and adopts policies that force women to be stripped of all basic human rights, such as the right to vote, the right to work and the freedom of expression. In this dystopian work, girls are not taught to read or write; women are forbidden to work, and their voices are literally silenced as they are forced to wear bracelets that shock them if they exceed their daily word limit. Words, phraseology and the power of voice is an expensive commodity for women, and Dalcher’s novel reflects this in an almost sinister manner.

Sophie Mackintosh’s The Water Cure is an almost-claustrophobic novel, not about totalitarian governments and cultural barriers to women’s rights, but about the perils of a dystopia within the familial structure, and most importantly, about toxic masculinity. In doing so, Mackintosh delves into questions around violence against women, the violation of reproductive rights and pervasive and institutionalised sexism.

There is a stark similarity between these novels and how women’s rights are perceived within India. Sexual assault, erosion of basic rights and the diminishing space for women’s voices, representation and leadership is a fact well-witnessed in the country. From the Delhi gang-rape to the Kathua rape, women’s rights are murky in India, with little to no respite within the present legal framework. In political as well as socio-cultural spaces, women’s representation is nominal and women are not able to contribute to the overall structural change within the country. 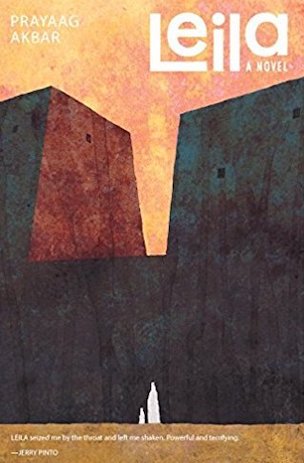 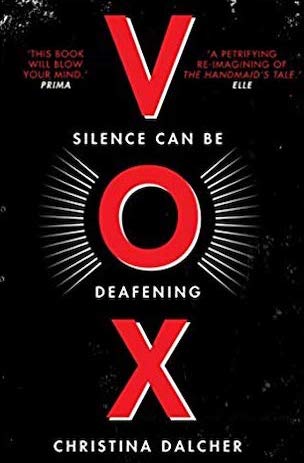 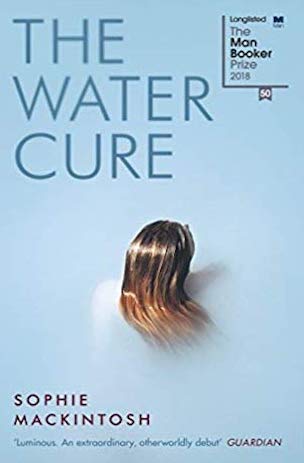 Achhe Din – The Dichotomy Between India’s Utopia And Dystopia

Achhe din aane waale hain (good days are coming) was the campaign slogan for the ruling party in 2014 in India – a promise of prosperity and economic growth, coupled with security, convenience, freedom from disorder. In retrospect, this statement of achhe din sounds suspiciously like a utopia gone wrong; where a good place ultimately becomes bad because like, in many dystopias, there was hope for a better world, but without regard for the human and environmental costs.

Is India a dystopia or a utopia? Do we continue to hold our individual identities or are we just diluted versions of ourselves? Is it possible to dismantle this dystopian democracy that is being constructed before our very eyes? These are questions that I leave you with, dear Reader, for both the utopia and the dystopia exist in our imaginations as abstract, speculative narratives – thought experiments, if you will – and come alive, based on how we tell the story.