From Pedantry To Usage: A History Of Dictionaries

Imagine walking into a room with a group of people who write dictionaries for a living – they are silent, surrounded by a plethora of books, often mulling over words – their origins, usage, and sometimes, their death in the context of the English language. This, dear reader, is a room full of lexicographers, the silent warriors who chart words and their treatment throughout centuries, and what you feel is what they feel – an intimate sense of sprachgefühl. Sprachgefühl is a German word, with no English equivalent; it means having an intuitive feel for the natural idiom of a language. 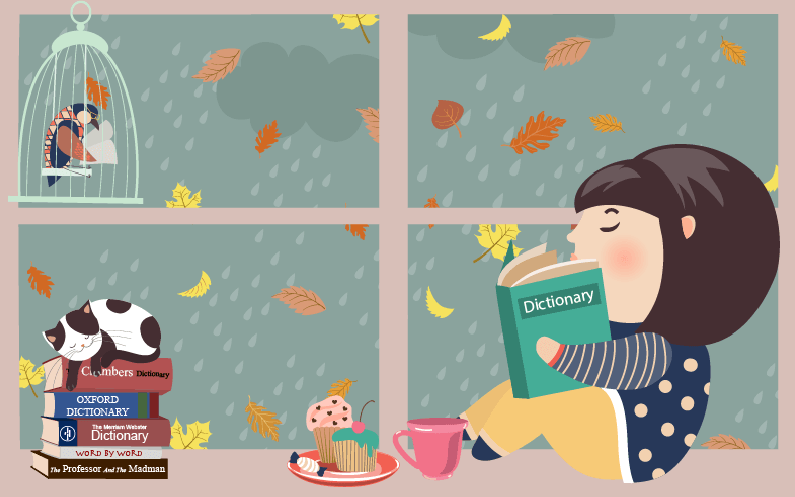 As a child, I was filled with a sense of sprachgefühl, though at that time, I did not know how this feeling was defined. I was a lonely child, whose life was lived and led through books – the number of books I read shaped my happiness; I was melancholic when a fantastic book ended; and when I was out of books, I took refuge in reading up the dictionary. On any given day during my childhood, you would find me clutching my mother’s thick dusty copy of the Cambridge Dictionary, drinking up new words and absorbing myself in their definitions. I was an oddball, and it was a habit that no one ever understood. New words were a safe space, the dictionary was the ‘wardrobe’ to my Narnia – the place I escaped to from life’s quotidian routines.

As I grew up, the compulsive need to succumb to the dictionary started to seem vapid. Life had newer distractions, and the habit of depending on dictionaries to escape was lost gradually. The dictionary assumed a pedantic place on the bookshelf, its magic completely misplaced. I consulted my dictionary, like a muggle, only to know how a word would be pronounced or used in a particular context. Dictionaries were good only for their functionality – I had become like the people in the real world, who reduced things to their basic services. I had been stripped off my sprachgefühl.

On a work trip, however, I chanced upon Kory Stamper’s Word By Word: The Secret Life Of Dictionaries – a book that not only transformed the way I had begun to regard dictionaries but also made me reconnect with my childhood. Kory Stamper’s book, in her own words, is a “nitty-gritty, down-and-dirty, worm’s-eye view of lexicography”. The book talks about the inner world of dictionary-making: from gathering citations to charting the history and trajectory of a word to defining them in a way that reflects their etymologies. In doing so, Stamper does the unthinkable – in a world where the Internet has taken over, she makes dictionaries a part of our lives again. Through her book, she charts the role of dictionaries within the English language, and how there is an interplay between words, phraseology and societies. 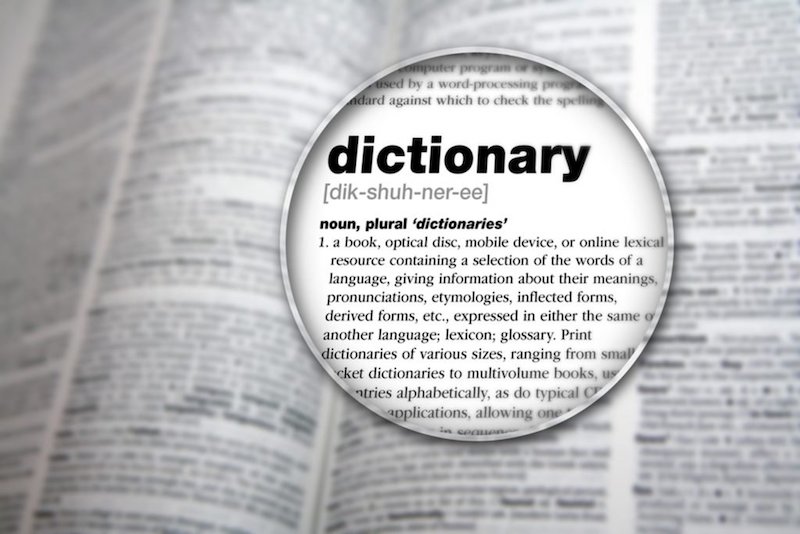 The Changing Role of Dictionaries

Dictionaries, for most people, are pillars of the English language; they support usage and define the convention of a language. Dictionaries are like the vertical lines that people draw around a page. People pull out dictionaries to only know and understand how to use words in changing contexts. However, Stamper’s book suggests that dictionaries exist not to police the use of language, but to record it. Dictionaries, as the world changes, track the journey of language as we know it today. And that there is an adventurous prospect to this thick, dusty reference book.

Dictionary-making is pivoted by two schools of thought: prescriptivism, that states that dictionaries ought to be about setting certain boundaries about usage; and descriptivism, that is concerned with recording the trajectory of the language. Historically, most dictionaries have been prescriptive – setting out strict rules about not including certain types of words because they were considered offensive, distasteful or controversial.

The concepts of prescriptivism and descriptivism indicate that there was a presence of ethics, when speaking about the tension of language usage. The questions about the correct treatment of words that prescriptivism points out are the same ethereal issues that moral philosophers have been debating for centuries: what is right? What is wrong? And how do we know the difference?

Dictionaries occupy a peculiar space in culture, transfixed between invisibility and authority. But they are not equipped to be judgmental, they are not equipped with the erstwhile colonial power to stipulate boundaries to a language that is constantly moving, changing and transforming. The dictionary was not meant to be an authority of language; it was meant to be an archive. Descriptive dictionaries are like an atlas of maps – they reflect the words in the English language, as they currently exist, and tie them together with their historical significance. It is also not condemnatory about the inclusion of certain words or phrases because they are offensive, aggressive or incorrect. 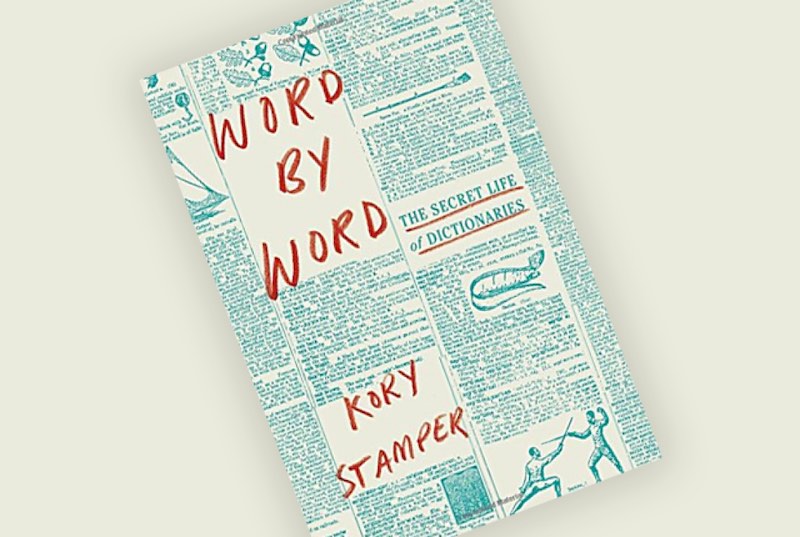 Irregardless And Other Non-Words

Like every word, ‘irregardless’ has a definition, is a part of speech and has an etymology – all mandatory requirements for a word to be recorded within a dictionary. ‘Irregardless’, however, is non-standard – just because a word exists, does not mean that it should be used. For a long time, ‘irregardless’ was not included in numerous dictionaries because it was not considered “proper” to use this word in spoken or written language. However, the word had gone through a distinct journey in terms of how it came to be used, and lexicographers thought this was important to chart.

Dictionaries are designed to mark taboo language by throwing up labels, like “offensive”, “obscene”, “disparaging”, etc,  to warn the reader but these labels are often unidimensional and politically correct, or as Stamper calls it “opaque”. For example, the word ‘bitch’ was always a part of dictionaries with both its original definition (a female dog) and its implicit meaning (a woman who is lewd, overbearing or dominant). Over several centuries, the word has gained a controversial trunk of meaning – it was applied to all things female and feminine (women were called bitches when they would not relent to power, but feminised men were also referred to as bitches), and also to things that were difficult or stubborn (the commute to work is a bitch). However, as the feminist movement slowly gained momentum, the word ‘bitch’ was linguistically reclaimed. Jo Freeman’s 1968 pamphlet The Bitch Manifesto is a witness to this.

The dictionary has slowly but swiftly started to recognise this reclamation, by taking on an inflammatory slur that has been used to malign a particular group or community, and “slowly use it as an identity marker for pride”. But for several, this reclamation has been unacceptable – “As feminism taught us long ago, the personal is political; women who normalize ‘bitch’ also normalize sexism.” And this opens up a personal conundrum for lexicography and dictionaries alike – How does one capture a change in language usage during a cultural moment when the language sits at the intersection of experiences, lived realities and prejudices? 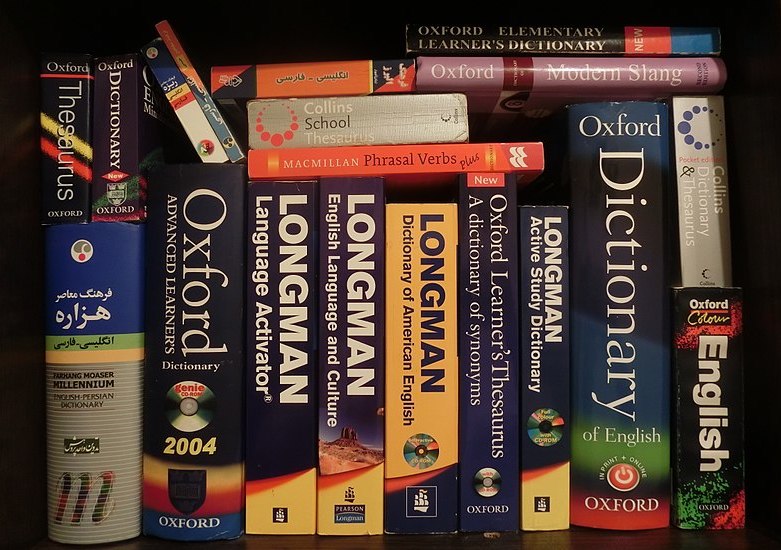 Dictionaries, the oft-ignored books, at the end of our bookshelves, are gradually being un-invisibilised, and are fast becoming important tools in our everyday reading lives. As we embrace the new role of dictionaries as the chroniclers of our language, as mere documentation of how we communicate with each other, we are becoming more open to admitting that the English language is democratic, and that language is not power concentrated in the hands of one group that decides, and another that follows. People who use language are allowed to stretch its boundaries at times, and it is truly remarkable that dictionaries are finally recording this.