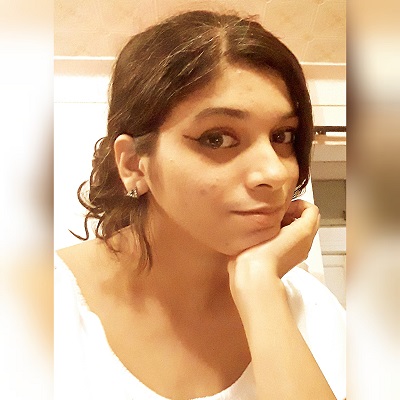 ‘The feeling that there was no single place to which I fully belonged bothered me growing up.’

These words by the Pulitzer Prize-winning author stood out for me during my exploration of Indian diasporic literature. As I examined the genre, I found myself drawn to the struggles of the characters in Indian diasporic novels and how relevant they were to the struggles faced by today’s teenagers with their focus on social media. Despite being separated from each other by miles and decades, both groups grappled with problems of alienation, isolation and questions of identity.

As I continued reading, I discovered that the characters in diasporic novels underwent a long journey of self-exploration to finally embrace their identity – a problem that many teenagers still struggle with today. Teenagers seem to have lost their own voices given the rising power and influence of social media on collective beliefs, morals and habits.

In a world that tends to largely homogenise identities and penalise those that don’t fit the mould, reading about characters who found their happiness by embracing their true identities sends out an important message to teenagers, especially in the era of social media. Exploring the journeys undertaken by these characters in diasporic novels could, perhaps, help today’s teenagers learn important life lessons on how to assimilate into society without losing their own voice or identity. 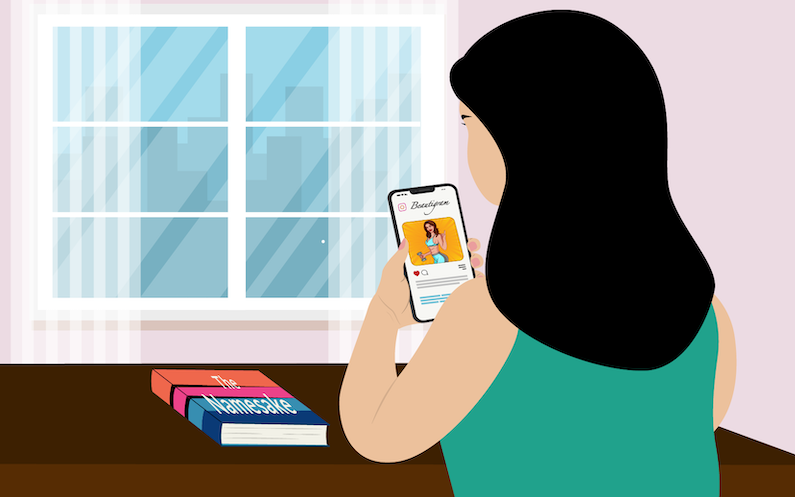 Identity Crisis And The Namesake

Lahiri digs deep into the Indian diaspora’s struggle with identity, alienation and assimilation in The Namesake by showing us the struggles of different generations.

On one hand, we have Ashima, a young mother, who migrates to the U.S. after marriage but spends years rejecting her life there. As she wrestles to find her place in a world she bears no connection to, the consequences of her ‘inner conflict’ are evident in the distant relationship she shares with her children. On the other hand, we have Gogol, her son and the novel’s protagonist, who suffers his own crisis with identity and assimilation. Caught between his Asian heritage and Western life, he has no sense of belonging. His struggles ultimately contribute to the failure of his relationships. He is able to reconnect with his roots due to these failures, thereby making peace with his identity in order to feel whole again.

This sense of alienation and an inability to be one’s true self is experienced by teenagers today as well.

Overcome by scrutiny, today’s teenagers develop feelings of insecurity, low self-esteem and doubt, leaving them ‘alienated’ from both the world and the person they truly can be. External factors (in the form of social media) pick up on these insecurities, causing teenagers to lose their self-esteem. This makes it harder for them to discover their full potential, develop new skills or even explore other opportunities. Like Ashima, they are caught between different worlds – who they want to be, who they’re expected to be, and how their insecurities make them feel.

While living alone teaches Ashima how to be independent, she also (finally) learns how to assimilate herself into American culture without losing her Indian identity. Reading and learning from her story can help teenagers realise how to create a space for themselves online without losing their individual voices.

Gogol’s experience, on the other hand, teaches teenagers that romantic partners cannot compensate for identity issues. In today’s climate, teenagers use romantic relationships as a crutch. They believe dating someone who is popular will make them popular as well. They also believe a partner’s qualities can compensate for their own shortcomings. However, as Gogol’s experience teaches us, if you are insecure as an individual, your insecurities will compromise your relationships as well. Teenagers need to learn how to be happy with themselves before they can be happy with others. 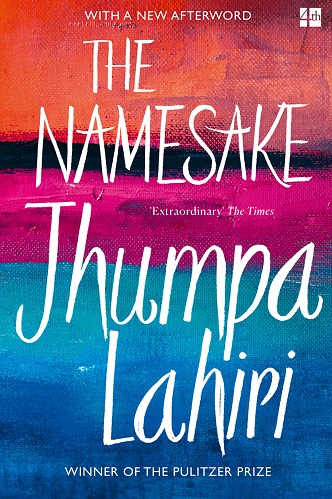 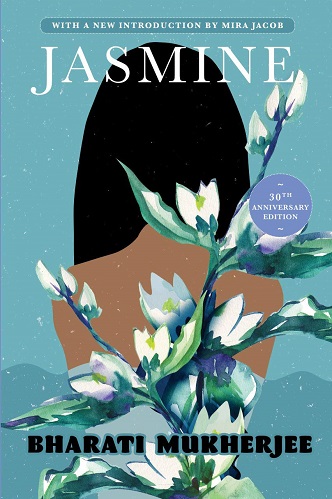 Unlike Ashima, Jasmine, the protagonist of Bharati Mukherjee’s eponymous novel, depended on others to fix her identity issues. Lacking a sense of self, Jasmine moulded herself into the kind of woman the men in her life expected her to be. As a result, she remained uncertain of who she was on her own. It is only when she takes control of her own life that she manages to find an identity that she is able to connect to.

Jasmine’s behaviour is reminiscent of the manner in which teenagers blindly follow online influencers. This creates a vicious cycle in a world of extensive scrutiny where everyone is in search of constant validation. So, social media influencers craving this validation promote trends and/or products that are impractical/unrealistic/dangerous to increase their ‘likes’ and followers. Believing the influencer’s version of reality, teenagers blindly follow them for greater popularity and validation, and the toxic cycle goes on. For example, teenagers who long for fuller lips are obsessed with Kylie Jenner’s lip kit since they believe it will make them look just like her. Since Kylie has millions of followers, they believe that copying her signature looks will aid in their popularity as well. When they don’t receive the same validation as these influencers, they’re left with an inferiority complex that makes them even more desperate for approval.

However, like the characters in diasporic literature teach us, others can’t fix our identity issues. Reading their stories could, hopefully, help teenagers realise that online opinions cannot dictate their identity, and how this needs to be something they find on their own. 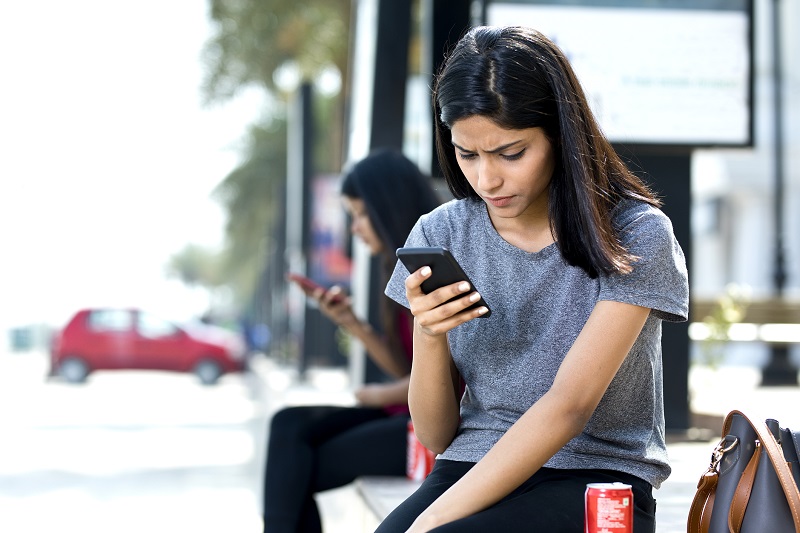 (Image via The Telegraph)

How Identity Is Perceived

In today’s climate, teenagers are eager to fit into a role that they think others will approve of. As a result, they believe it is better to reject one’s identity due to the judgement of others, usually the peer group. This is never a solution. Take The Inheritance Of Loss, for instance. Here, Kiran Desai explores the negative impact of globalisation and how it causes Indian immigrants to devalue their own lives, particularly seen in the character of the judge.

The judge’s time at Cambridge University forces him to reject his Indian identity due to the humiliation and judgement he was forced to face daily. As a result, he becomes so desperate to be accepted as a Westerner that he ends up completely shunning his Indian heritage. Despite his best efforts, he is never truly accepted as ‘one of them’ and ends up lost between both cultures.

This thought is echoed by Hasan Minhaj in his Netflix show, ‘Homecoming King’, where he talks about his struggle with dual identity as a teenager and how the racism he faced in high school made him reluctant to embrace his Indian heritage.

In today’s world, beauty perceptions on Instagram have heavily contributed to teenagers hating their bodies. A teenager who has a bigger body, for instance, might be left with body image issues after staring at countless images of super skinny models on Instagram. As a result, they do whatever it takes to meet the accepted standards dictated by social media. By going to extreme lengths to gain the approval of others, teenagers become dependent on outside opinion to fix identity issues. And, rather than embracing their own identities as being unique and valid, they opt to, unfortunately, become part of the herd.

Today’s teenagers seem to have lost their own voices due to the impact of social media on their collective mindset. Dominated by online scrutiny, they develop feelings of insecurity, low self-esteem and doubt. And so, they turn to social media influencers, celebrities and relationships to fix what they feel is lacking in their lives, often going to extreme lengths to gain the approval of their peers.

Perhaps reading about the stories present within Indian diasporic literature and the trajectories of individual characters could show teenagers the value and merit in giving their own voices a chance, thus learning the importance of embracing their own identities.

Throughout her life, Risa has searched for the ability to express herself in the most exciting and unique way possible. As time went on, the magic of the page began to come alive in everything she did. The search for expression eventually led her to finish her Master’s degree in English literature, making her the creative writer/editor that she is today.