Convenience Store Woman: The Paradox Of Being A Machine In Japan

Keiko Furukura is a creature of mystery, not just for her readers but also for herself. She is 36 years old, unambitious and a convenience store worker whose life has remained stagnant for 18 years. For Keiko, she is a convenience store worker even “more than she is a person”, and for her, it is an informed choice to find structure and peace in this, even if her family, friends and colleagues think otherwise. Keiko is the protagonist of Japanese author, Sayaka Murata’s novel Convenience Store Woman (translated from Japanese to English by Ginny Tapley Takemori) and is a captivating voice, almost always bluntly honest about society’s blurring boundaries between public and private when it comes to women’s lives and bodies. Murata’s novel is a transgression as it moves between hilarity and hopelessness, and portrays a candid feminist story of a woman who has chosen to confine herself inside a 24-hour convenience store. In many ways, Keiko’s story is a sharp criticism of Japan’s mechanistic society, where women have little choice and control.

In Japan, work culture is often mechanised. In fact, Japan is one of the countries where automation is favoured – there are more vending machines in Japanese cities than anywhere else in the world; workers in Japan are expected to go beyond their brief to serve their employers and clients; their days are structured in a way that work is prioritised over the self. In the backdrop of this mysterious mechanistic work-culture, Keiko fits in like a perfect cog – obedient, diligent, with no glitches – exactly like a machine. Keiko’s identity revolves around her work, by her volition, exactly how Japanese society would prefer it. 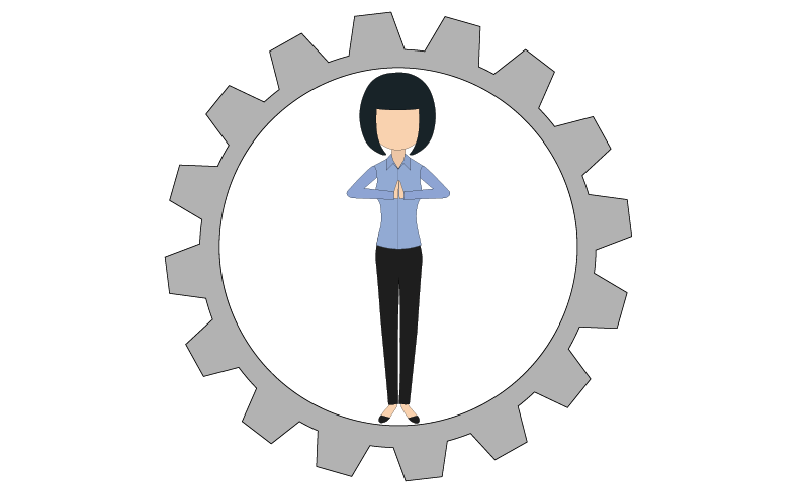 In Convenience Store Woman, Murata, who still works part-time in a convenience store, chronicles the life of Keiko, who began working at the Hiiromachi Station Smile Mart when it opened (when she was 18). For Keiko’s parents, this was a relief as Keiko was an oddball throughout her childhood, often getting into trouble for being brutally honest and having no skills of diplomacy. For them, it meant that Keiko is trying her best to become a functioning and ‘normal’ member of society. However, it is a shock that almost two decades later, Keiko continues to work at Smile Mart, without a “real career”, husband and children. Keiko has, in many ways, dissipated into Japanese work-culture.

Keiko finds her safe space within the convenience store; this is where she finds predictability that is mandated by a stringent store manual – this dictates the conduct of workers, how they should dress, what they should say and how. Keiko has superimposed Smile Mart upon herself in a way that is almost surreal: while the store manual is her base, she also copies her coworkers’ style of dressing and speech patterns – this is Keiko’s normal. Moreover, Keiko does not really care about marrying and having children or even with upward mobility within her career. Everyone, including the reader, is almost bewildered with Keiko’s satisfaction with stasis.

The story also puts Keiko in a position where she has to cohabit with a man when she has never been in a romantic relationship with anyone. Keiko’s formidable co-worker, Shiraha, a close-minded man who believes that the world is still “basically the stone age with a veneer of contemporary society,” begins to live with her under the guise of a ‘convenience marriage’. Through this quid pro quo arrangement, Keiko tries to appear more normal to her friends and family. 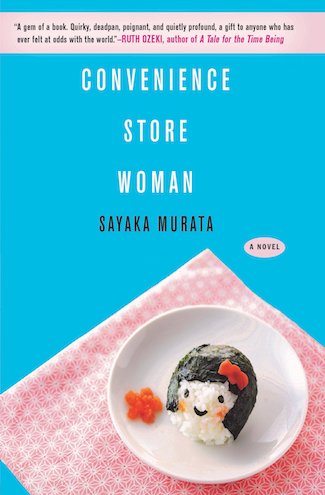 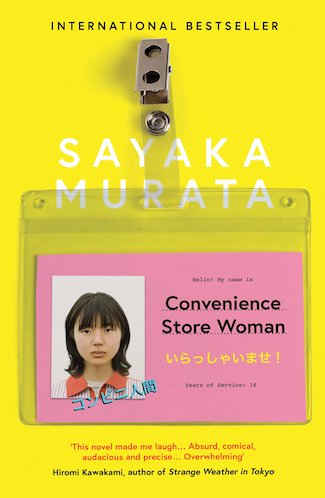 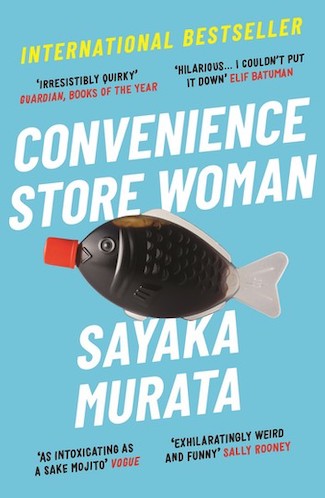 Keiko’s story centres identity and looks at the challenges, expectations and pressures of being a woman in Japan. Even within the deeply mechanistic culture of work, Keiko is expected to find enduring love, have a family and find peace in her home-life. Her feminism, which is subtly reflected in Murata’s hilarious depiction of Keiko’s routine life, fits in this culture almost seamlessly, while rejecting and often manipulating the expectations that society has for her.

Keiko is subversive when year after year, she remains an employee at Smile Mart, when she refuses to change her lifestyle by falling in love or dating; when she and Shiraha move in together to appear as a couple to the external world. Keiko’s subversion in a world and culture where adherence to obedience and performing societal roles for external validation is critical is a gift that the reader is delighted to enjoy. Keiko has refused the double burden; she has a predictable life that she does not let anyone change; she believes, even though others around her don’t, that she is a well-functioning part of the world, by being a well-functioning part of the store. Murata writes Keiko as an independent protagonist – she does not need anyone. This may often look lonely to the reader because we have been conditioned to believe that single women are lonely, but in many ways, Keiko’s character feels liberating. And therein, lies her feminism. 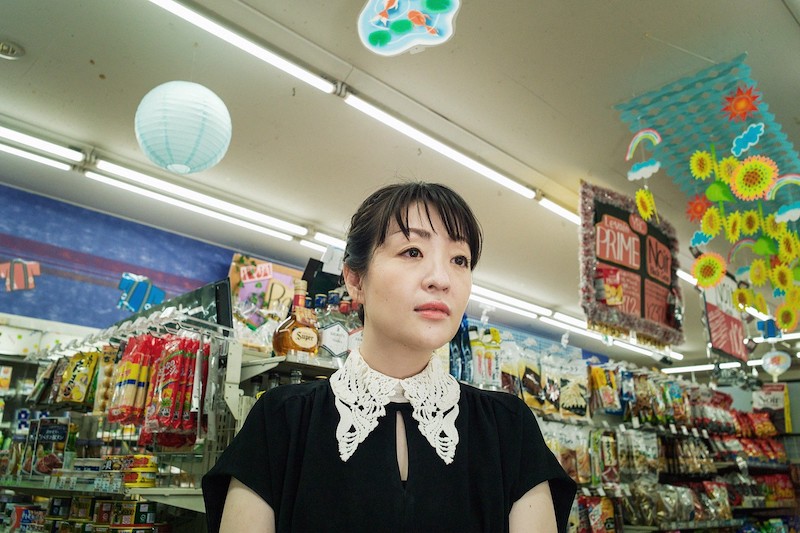 Keiko As A Machine

In a society that reveres machines and automation, Keiko becomes one. This, in many ways, is her idea of normalcy, even though there are overwhelming ways in which her lifestyle is subversive to the culture she is a part of. Some readers may view Keiko as an alien scientist, but to me, she feels like an evolving algorithm – Keiko knows that society is a constantly moving mass, with jagged edges; that all “babies are like stray cats and all people are just like cattle”. She moves around feeling like a piece of software, who needs to be rewritten and rebooted, often depending on who she interfaces with, and she refers to this as “being infected”. In her mind, she records how and how much people talk, how they react and respond – Keiko learns these behaviours like a machine, and uses this to interface with others.

In a famous interview with Gene Swenson, Andy Warhol talked about his process, “The reason I’m painting this way is that I want to be a machine, and I feel that whatever I do and do machine-like is what I want to do.” As a lonely artist, Warhol used machines to buffer his interactions with others. In a review of The Lonely City by Olivia Laing, that also chronicles Warhol’s obsession with machines, the Guardian talks about how loneliness can wed people to machines – “Acting as servant or companion to the machine was another route to invisibility, a mask-cum-prop like his wig and glasses.”

In many ways, Keiko’s machine-like, monotonous behaviour is her way of combatting her feelings of loneliness, and of being different from the world. As opposed to Warhol and his art, Keiko does not take to a machine, she becomes one – robotically chanting ‘Irrashaimase’ every time a customer walks in the door – this is how Keiko feels alive. This, however, creates a dichotomy in the minds of the readers; we never really know how to perceive Keiko – is she eccentric? Is she brave? Is she a monster? Do we feel elated for her silent subversions or feel pity for her loneliness? It is difficult to decide even towards the end. 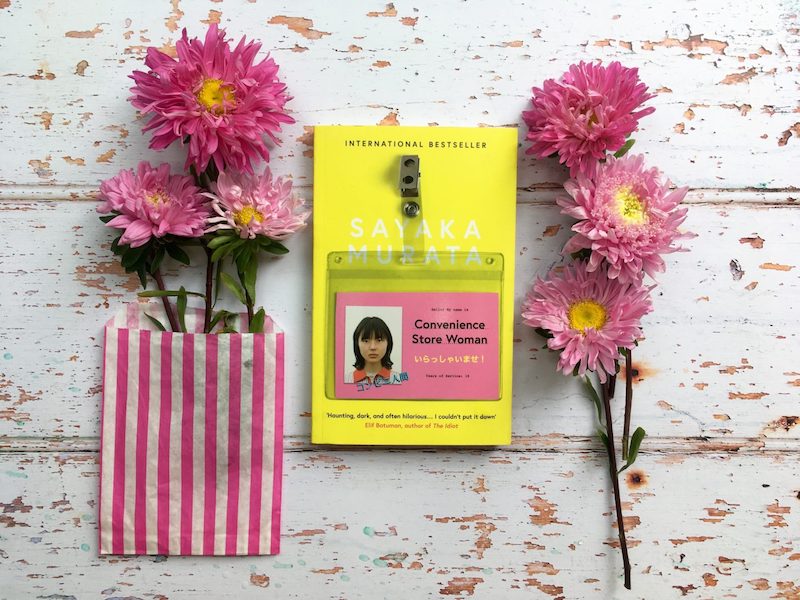 As a reader, it is a marvel to understand Keiko’s ceaseless struggle to be normal, and her constant reluctance to completely give in to the utilitarian demands of what a ‘normal society’ demands. Keiko, then, is a bridge to understanding and grasping Japanese cultural and social cues: from a distance, Keiko is submerged within this culture because of her work, but a closer look would prove that she is an outsider, looking in, just like the reader is. Convenience Store Woman and Keiko’s character strikes a chord with readers especially because seeing the world through her eyes, the reader feels acknowledged: who hasn’t felt different from their peers in their quotidian lives and questioned their loneliness because of it?

The reader is also drawn to Keiko because one cannot guess, even at the end, who Keiko really is. As Murata dissects Japanese culture through the portrayal of an unusual protagonist, one wonders whether Keiko is a machine or the subversive subject in a sharp, stringent society. Keiko is a symbol as well as a symptom of Japanese work-culture, where one has to become a machine in order to be one with the society, but may also become subversive to keep parts of their individualistic identity alive. It is through this novel that readers are promptly rescued from their own mundane existence by bringing them closer to Keiko’s mundane existence.

Convenience Store Woman, for all its disturbing allegories and oddities, is a book about a single woman finding her happiness, in a society that leaves women no choice or agency to decide for themselves. Keiko has managed to craft her own “good life” even if this does not resonate with others. Murata’s novel is quirky and satirical towards Japanese culture, at the same time; it offers its readers a trance-like, almost transcendent thread of feminism in a culture where women are viewed as convenient beings upon whom society can project its expectations.