The experience of reading a Dickens novel is analogous to that of watching a mukbang video – the ‘turkeys, geese, game, poultry, brawn, great joints of meat, suckling-pigs, long wreathes of sausages, mince pies, plum puddings, barrels of oysters, red hot chestnuts, cherry-cheeked apples, juicy oranges, luscious pears, immense twelfthcakes and seething bowls of punch’ in A Christmas Carol ‘made the chamber dim with their delicious steam’. On the surface, Dickens’ novels seem to provide a very pleasurable experience with a literary livestream of people gorging on huge quantities of food, but are they really just that?

The Dickensian platter serves as more than just a literal feast; it serves as a reminder of and a commentary on the growing class divide and exploitative relationships in 19th century English and French society. This was during the time of the Industrial Revolution when everything converted from traditional, manual labour to machine-driven, highly-productive labour that was dangerous and life-threatening. A rich new business and merchant class emerged while hordes of people migrated to the already overcrowded cities in search of employment in the workhouses. Sanitation and standards of living were almost inhuman while work hours were long in warehouses that were brutal, degrading, and had almost unimaginable conditions.

Dickens’ extravagant gastronomical affairs have to be taken with a pinch of salt. With every spoonful of sugar the gluttonous upper-class man consumes, Dickens feeds us a morsel of reality; the gruel-deprived orphan, the starving chimney sweep and the ravenous criminal, whose mouths water for a taste of the life they can only dream of. 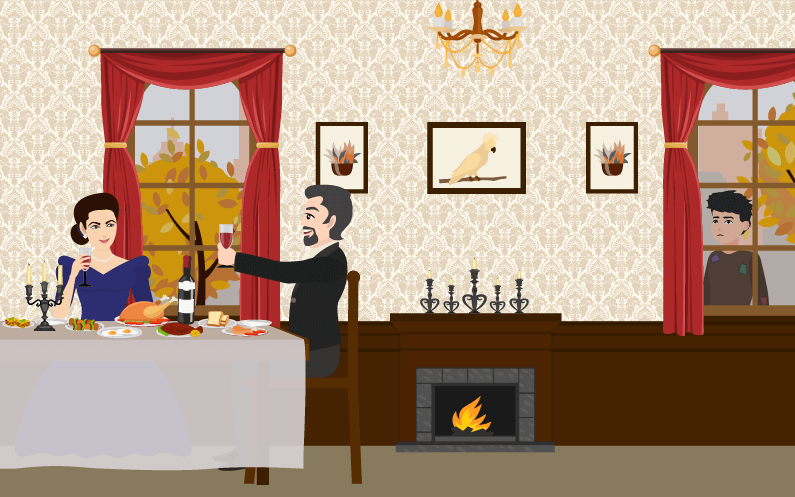 The Cannibalistic Convicts, Children, And The Bloodthirsty Mob

While the working class in Dickens’ novels struggle to earn their bread and butter, he also represents the struggle of another class of people, the ones who live on the margins of English society. These are people who have been pushed to the limits of deprivation, such as convicts, thieves and murderers whose only choice for survival was to hunt and feed off the flesh and blood of those who were even remotely better off than them. Abel Magwitch, a convict, threatens Pip at the start of Great Expectations: ‘You young dog, what fat cheeks you ha’ got. … Darn me if I couldn’t eat ‘em. . .. Your heart and your liver shall be tore out, roasted and ate,’ he says, as he demands the boy bring him some ‘wittles’.

Besides convicts, another group in society who do not belong to the working class and were often neglected were children, like the workhouse and parish boys in Oliver Twist. These children often ‘got so voracious and wild with hunger, that one boy…hinted darkly to his companions, that unless he had another basin of gruel per diem, he was afraid he might some night happen to eat the boy who slept next him, who happened to be a weakly youth of tender age. He had a wild, hungry eye; and they implicitly believed him’.

The New Poor Law of 1834, introduced by the English Parliament, is criticised by Dickens for its inability to elevate the conditions of the poor and the orphans. The law pushed the poor further into poverty while the rich became richer. This class divide is brought out through Magwitch’s and the boy’s appetites that are a reflection of a cannibalistic industrial Victorian society with an insatiable appetite that feeds on the working-class, people living on the margins, and children.

Dickens incorporates cannibalism not only as a metaphor to describe how the capitalistic aristocracy lived off the commoners, but also to describe the bloodthirsty mob waiting for an opportunity to strike at the nobility.  In A Tale Of Two Cities, spilt wine is quickly lapped up off the street by the mob, like an animal finishing off its prey.  It leaves ‘a tigerish smear about the mouth’ as their wine-dipped fingers scrawl the word ‘blood’ on the wall. Revenge is not a dish best served cold for Dickens; he criticises the revolutionaries’ efforts for inciting mob violence, thereby being no different from their oppressors. Dickens also scrutinises the mob for turning to violence for the purpose of entertaining themselves, as he states in A Tale Of Two Cities: ‘being under necessity of providing for some other entertainment for itself…conceived the humour of impeaching casual passer-byes… and wrecking vengeance on them’. 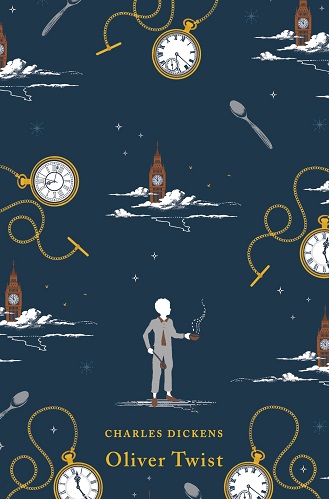 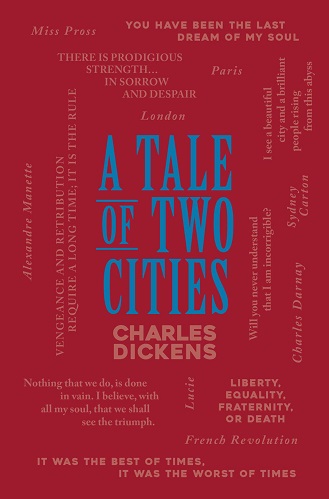 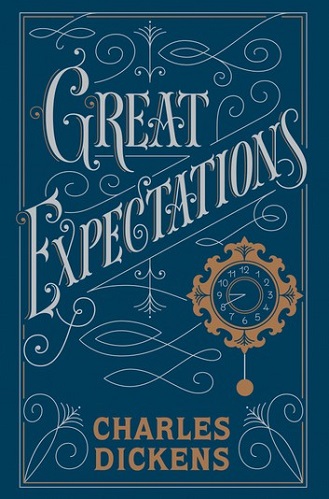 Bringing Up By Hand

The plight of children is highlighted by Dickens through the use of food, or the lack of it, in his novels. While convicts like Magwitch in Great Expectations who ‘snapped up’ food with ‘strong sharp sudden bites’ are likened to an animal by Pip, it would be an understatement to say that the children of the poorer classes in society at the time were living an animalistic existence. Dickens expresses his anguish towards their treatment in a compassionate but angry tone in Oliver Twist: ‘I wish some well-fed philosopher, whose meat and drink turn to gall within him; whose blood is ice, whose heart is iron; could have seen Oliver Twist clutching at the dainty viands that the dog had neglected.’

As they worked for the lowest wages, children as young as ten were employed as chimney sweeps or in the workhouses where food was a major factor of contention, because, if the owner found that he ‘can get enough work out of a boy without putting too much food into him’, then, ‘he shall have him for a term of years, to do what he likes with’. Vulnerable, and dependent on their parents or guardians and a legal system that failed them, children of poor families and orphans in Victorian society were the worst affected and weren’t even paid peanuts. Hungry, destitute, and ‘brought up by hand’ Oliver Twist’s plea to Mr. Bumble for some more gruel (‘Please, sir, I want some more’) in Oliver Twist is inarguably one of the most well-known lines in literary history.

Food is also manipulated by parents or guardians as a threat to a child’s growth and security as exemplified by Pip’s rough bringing up ‘by hand’ by his sister, Mrs. Joe. This is also a critique on the dysfunctional and exploitative nature of parent-child relationships and an attack on the maternal image that artificially ‘brought up by hand’, and failed to comfort and provide with her ‘pincushion breast’. 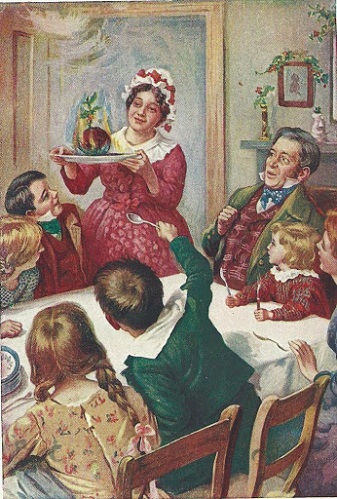 (The Poor Cratchit Family Sits To Enjoy A Christmas Feast From

‘A Christmas Carol’; Image via The Victorian Web) 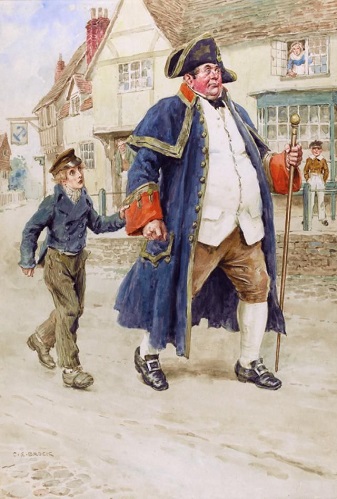 Satiated Are The Poor Who Are Rich In Spirit

While Dickens uses food to depict the glaring class divide and the exploitative nature of the parent/guardian and child relationships, he also uses it to provide a moral and advisory message that promises to offer comfort and hope to the poor, convicts who are pushed to commit crime to fill the bellies of their loved ones and exploited children, in particular. Dickens depicts his characters as those who are materially rich with full stomachs but often impoverished in spirit to those who may be starving and poor, but are rich in terms of their spirit, warmth, and charity.

The two meals Pip shares with the convict Magwitch, in Great Expectations, are similar and yet different from each other. While the first meal takes place in the marshlands, the deplorable physical setting is filled with Pip’s generosity and his graciousness towards a poor hungry soul. Socially innocent Pip is filled with compassion as he watches Magwitch eat, and pipes in, saying ‘I am glad you enjoy it’. The second meal they share is very different, as the surroundings are grand but Pip, who has now entered the upper-class of society, has morally regressed and shows contempt towards Magwitch, who is revealed to be his benefactor.

Similarly, the dinner hosted by the slimy and phony Pumblechook, Pip’s uncle and a corn merchant who aspires to climb the social and economic ranks of society, and the Christmas dinner he attends are filled with sumptuous food, but his treatment of Pip is devoid of any warmth or love, and the mood is anything but jolly.

On the other hand, in A Christmas Carol, Scrooge, a wealthy but sour, bitter and miserly man, is portrayed in stark contrast to his nephew Fred, Tiny Tim and the rest of the Cratchit family who, despite struggling to pay for food and Tim’s medication, still sit down for warm and jolly dinners with their loved ones. 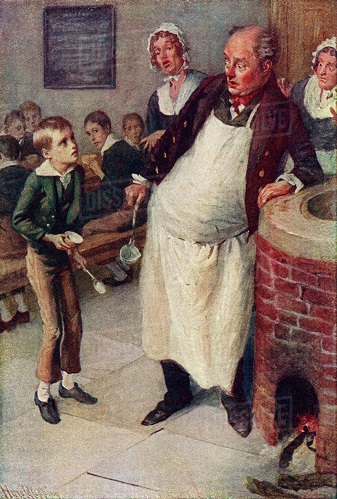 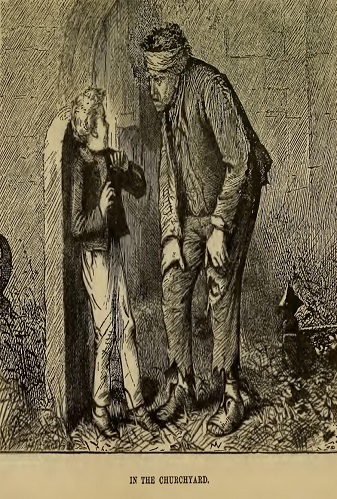 (Convict Magwitch Asks Pip For Food In the Churchyard From

Food in Dickens’ novels helps bind people together while also enabling the reader to distinguish them based on class – people belonging to their respective classes who sit together to enjoy their respective meals of turkey or dog-chewed bones, gin or contaminated water, sugar or soot-coated buns. Through food, Dickens points to inherent flaws in an industrial society where humans are treated as mere commodities and adds a cherry on top with his critique of the capitalistic ideology through his portrayal of characters who are not materially rich but are spiritually happy.

Is the Dickensian platter then merely a literal feast?

Poirot: A Mistaken Case Of OCD

An Axis Of Innumerable Narrations: LoTR’s Influence On Modern Fantasy

How Mills & Boons Skew Our Idea Of Romance