The Impact Of Audiobooks On Children’s Literacy

Afew years ago, when a friend told me that she was letting her child learn to read using an audiobook on YouTube while she cooked dinner I remember trying to control a strong urge to pass judgment. There are a number of channels on YouTube that go through popular picture books, page by page, as a disembodied voice reads aloud to the viewer. I wondered how that could compare to the actual human connection built when a loving adult shares their knowledge of reading with a child. However, over the last few weeks, I have had to shift my position on audiobooks’ role in early literacy.

For a child to learn to read, she first needs to know what the language sounds like and what it means, and so, the first step to literacy is always listening. On their journey to becoming literate, it helps if the child is surrounded by books, stories and conversations. When my son was five months old, he would grin as soon as he would hear me start talking in my story voice. Did he understand what I was saying? I doubt it, but he listened keenly to all my funny voices and, as he grew older, he would shriek in delight when he liked particular parts of these nonsense stories. Slowly, as we transitioned to board books, he began to associate sounds with words and, without my knowledge, learnt to read just by watching me track my finger across the words and listening keenly. This is not unusual. It is the standard way most children learn to read if they are raised by parents or grandparents who can read or who like to read.

My experience at school and home made me believe that learning to read has to do with relationships and pleasure. If a child associates reading with happy memories and wonderful stories, then reading is no longer a skill they are forced to pick up – it just comes naturally. So, with the rise in popularity of services like Audible and scores of picture books becoming audiobooks, I felt like something wasn’t right. Can we outsource the storytelling for early readers to Audible? Where is the human touch? What impact do audiobooks have on literacy? 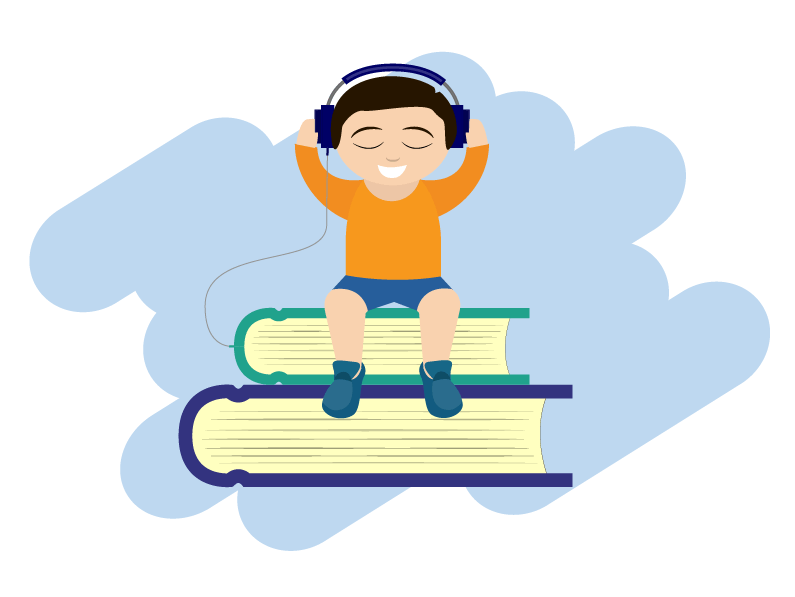 As part of my research, I began to talk to parents and children about how they use audiobooks. I even asked people on Facebook about it. I wanted to know from parents who had introduced audiobooks to their children what their experience had been and if they found any benefit from it. I received a variety of responses – one person mentioned how audiobooks made her children feel really sleepy, while another shared that her daughter used audiobooks to finish the Harry Potter and Percy Jackson series. Abhiram Ramesh, however, shared how audiobooks actually helped him to read better. In the mid-90s, his second grade English curriculum included a cassette audiobook to go with the text. It was his first audiobook and he says that he “learnt about emphasis, intonation and how dialogue is supposed to sound in your head” – all really important aspects of learning to read.

In an article called “Listen and Learn: why audiobooks are great for your child“, an interview with Irene Picton from the National Literacy Trust (U.K.)  highlights a number of things young children can gain from audiobooks. Like Ramesh mentioned, one of the most important benefits of audiobooks is being able to learn speech patterns, rhythms, voice and expression that can be difficult to pick up from print. In addition, though, audiobooks can also give children a broader exposure to new words and syntax. It allows children to move beyond their reading level and listen to stories that might match their interest or their maturity level. It might even lead reluctant readers to books they might never have considered earlier.

One evening, I asked Sharanya, my 11-year-old neighbour, who also attends the school where I work, what she thought of audiobooks. Sharanya is a fairly confident reader, but she has a younger sister who is just learning. I asked Sharanya to think back on her own experience learning to read and to see if audiobooks could have helped or hurt her progress. Sharanya took a moment to think about it and told me that she had used audiobooks before… well, at least she had tried to. She had listened for a while before she found that she would much rather read the actual book herself. With a little frown, she said, “So, maybe it worked. It made me curious to actually read it”.

Her experience mirrored my own observation. For years, I had waited for my son to pick up an Enid Blyton. She had been a major influence in my childhood and I, rather selfishly, wanted my son to feel some of that magic. But my son, perhaps sensing my desperation, kept a safe distance from her. Then, I found an audiobook of The Enchanted Wood read by Kate Winslet. By the end of the first chapter, he seemed to be hooked. He listened for several days but after a weekend break, he forgot to start listening to it again on Monday. That evening, I was surprised to find him curled up on his bed, unable to lift his head out of The Wishing Chair – one of Blyton’s classics. Audiobooks, much like movie adaptations, seem to have the ability to inspire people to pick up actual paper books and read. 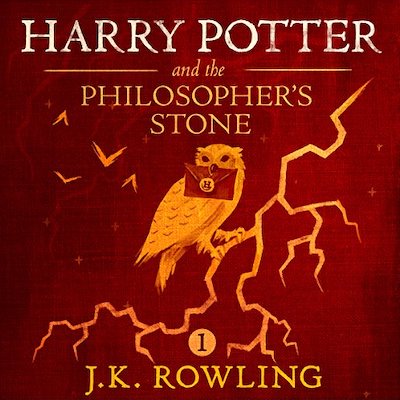 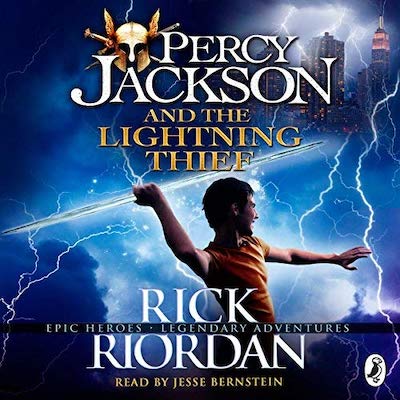 While audiobooks certainly can help young readers, I was not entirely convinced that audiobooks could replace parents, teachers and other caring adults. But what is it that a real person can offer a child that an audiobook cannot?

Mitali, a young teenager, happened to be sitting with the faculty during our lunch break when I raised the topic of audiobooks. She told me how her brother learnt to read simply by listening to his parents read to him every night. I was gratified to hear her question how an audiobook could ever really replace a live reader. She pointed out that every time her parents would read the same book to her brother, they would read it just a little differently. They would emphasise different words, use different tones and different voices. How could an audiobook give that kind of variety every time it is heard?

Until she mentioned it, I had forgotten how young children have a tendency to obsess over a single book – demanding that their carers read the same book over and over again. Eventually, I think parents and grandparents around the world start bringing different intonations and improvising voices just to stave off their own boredom. It had never occurred to me that this had added value to the child. The child might learn that you can read the same text in a variety of different ways and sometimes the way you read it might even change the meaning. As she peers into the page with her parent, she learns voice and intonation, just like a child who is listening to an audiobook, but might also learn punctuation as they listen and track the words and symbols across the page.

Audiobooks require listening – a different brain process from reading, which requires the brain to translate symbols into meanings. Many young children, like Mitali’s brother or my son, learnt to read by combining the two processes – listening and decoding the symbols. So, to really help young children learn to read, audiobooks should ideally be listened to while tracking the actual text itself. To do this, most children will need the help of an adult. 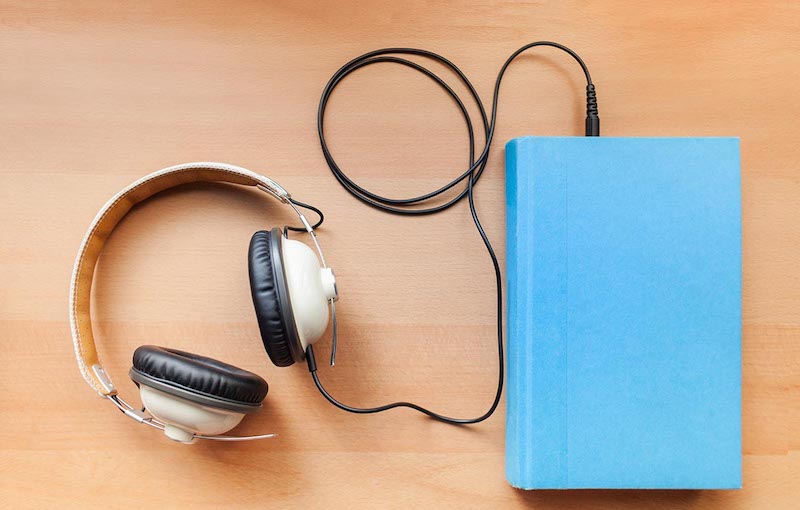 One of the greatest pleasures of being around children is watching them learn how to read. I do not know how it happens exactly – it’s a little magical. But one of the things I do know is that if a child has to learn to read, she needs to be around language. It sounds obvious – like saying a child needs to be around a bicycle if she wants to learn to ride one. And yet, you will be surprised how many children struggle with learning to read a language simply because they have not been exposed to it enough.

Literacy requires a lot of exposure to the spoken word. While there are parents who have the luxury of time, resources and education, to be able to make that effort for their children, there are many parents who might not. For such children, audiobooks are a real boon. Will every child relate to audiobooks or benefit from them? No, probably not. But it does not hurt to have another tool in our kitty to help children feel more comfortable with reading. It might even be really useful in getting our children to be more comfortable reading and understanding Indian languages.