The Resistance Within Anna Akhmatova’s Poetry

Writers, across the world and over time, have used their art to express their dissent. Their words carry power and weight – the impact of which can be felt by their readers. These words have started revolutions, led protests, forced governments to take action, rallied people, and also given them hope.

Anna Akhmatova, a 20th-century Russian poet, was one such writer who chose to write poetry that became a tool for the Russian resistance. She used her words to stand with the people of her country, penning down the common person’s suffering for everyone to see and remember as her country went through tumultuous times, right from the Bolshevik uprising to Stalin’s regime.

She continued to write despite being banned from publishing her poetry by Stalin. Her poems represent, as James C. Scott states in his work, ‘everyday forms of resistance’ that were part of a hidden resistance. Circulated widely among close friends, her poems helped to create a sense of solidarity among the people and the art community during this time.

But her work was more than a simple expression of dissent. She used her poetry to express hope through truthful portrayals of the trials and tribulations that the Russian people had to go through, making her one of the strongest voices to emerge during this period. 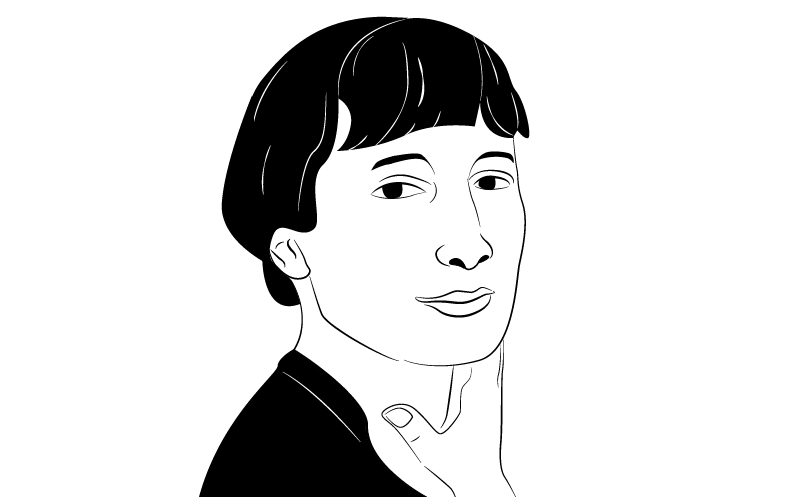 Her poems’ subject matter paralleled the growing totalitarianism in Russia during that time. The Bolsheviks had seized control with the October Revolution (1917), with Stalin rising to power by 1924. His regime saw the establishment of the infamous gulag prison labour camps across Russia. Anyone speaking out against his dictatorship was arrested and imprisoned in the gulags.

This was also a period where literature had to serve the interests of the Soviet leadership. ‘Art for art’s sake’ did not exist. Consequently, poets and writers from the pre-Revolution era, like Akhmatova, were censored and deemed problematic due to their divergent and revolutionary ideas, and were often intimidated into writing verses praising Stalin and the Party.

This tyrannical atmosphere was vastly different from Akhmatova’s early writing days when challenging the country’s literary or political status quo was the norm. Despite being under constant surveillance, she decided to write about the Russian populace’s suffering and everyday life post the Revolution. By doing this, she chose to turn political, while remaining loyal to her country’s conscience.

The state indirectly punished her for her dissent by executing her husband in 1921 on fabricated charges, and arresting and imprisoning her son in the dreaded gulags from 1949 till the mid-1950s. But Akhmatova did not flee her country, even in the face of persecution, unlike so many others. Instead, she chose to stay because her desire to be vocal about her country’s woes was stronger than the state’s iron fist.

One of her early untitled poems (1922) from Anno Domini portrays this tenacity to live on in Russia:

I’m not of those who left their country
For wolves to tear it limb from limb.

She takes pride in her resilience and spreads heroic hope:

But here in the flames, the stench,
The murk, where that remains
Of youth is dying, we don’t flinch
As the blows strike us, again and again.
….There’s
Nobody simpler than us, or with
More pride, or fewer tears.

Her pride comes from her decision to stay, observe, and write about the suffering while remaining steadfast in the face of brutality. For Akhmatova, patriotism meant questioning the wrongs forced onto the people, rather than following the Party’s word blindly. As Tomas Venclova states in Magnetic North: Conversations With Tomas Venclova, ‘she stood for a hierarchy of values: good and evil had to be called by their names, period’. 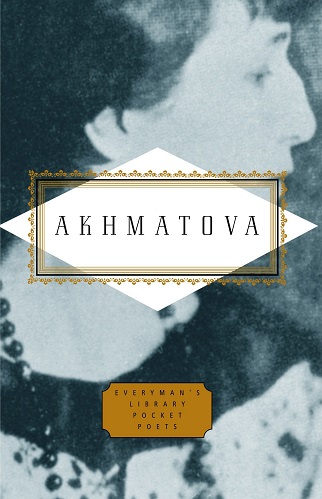 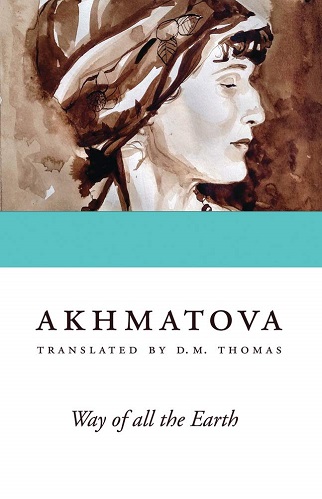 The resistance in her poetry comes from the portrayal of her country’s pain as well as the infinite hope suffused in the lines of her poems. This juxtaposition lays bare the oppression of her people. Yet, her poems always speak of remaining hopeful and that there is light at the end of the dark tunnel. This can be seen in her untitled poem (mentioned above) from Anno Domini, where she talks about poetic justice being meted out to those who spread terror:

And we know there’ll be a reckoning,
An account for every hour

Hope is ultimately antithetical for any totalitarian regime that would rather paint a rosy picture of the country while indirectly spreading the message that dissent is unpatriotic. Such a regime wouldn’t want the people to know the truth or yearn for something better.

Hope is a dangerous and powerful tool. Akhmatova’s poems hold up a mirror to the oppressed society, thereby showing the people that fear can be dispelled through one’s courage, actions and dignity.

Her strongest exhortation to action comes in the poem Courage, included in The Seventh Book. She emphasises on the need for the continuity of Russian culture and languages, and urges the people to safeguard it:

What though the dead be crowded, each to each,
What though our houses be destroyed? –
We will preserve you, Russian speech,
Keep you alive, great Russian word.
We will pass you to our sons and heirs
Free and clean, and they in turn to theirs,
And so forever.

And, she encourages them to be brave in the face of bleak helplessness:

We know……..
What has to be accomplished.
The hour for courage. If all else fails,
With courage we are not unfurnished.

Thus, Akhmatova deftly merges the call for courage with a citizen’s national duty by stating that the inherent courage present in each individual can help bring in change. This, for her, involves safeguarding the country’s essence in the form of its culture and the freedom to express one’s opinion, as well as the power to speak out fearlessly against authoritarian rulers. She does not merely engage in patriotism for the sake of it – something we see in India today where people have polarising views on what is considered nationalistic and where dissent is clamped down, ignored or labelled as anti-national. 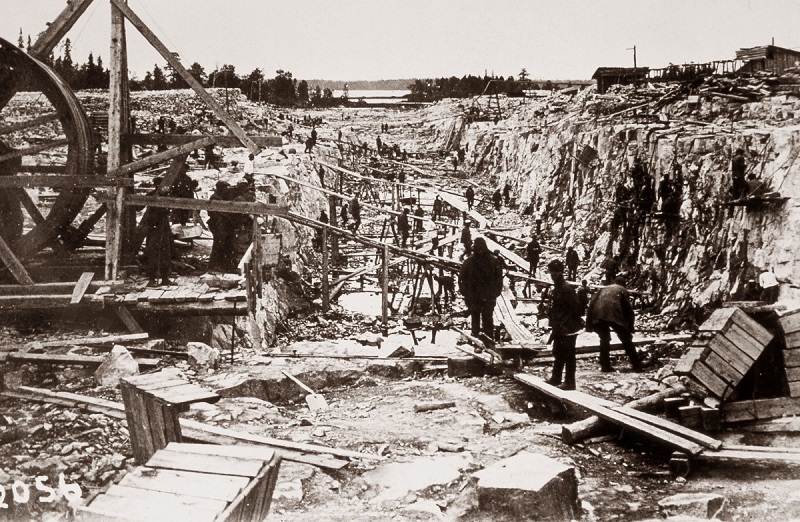 ‘The Requiem’ And The Role Of A Poet

Amongst all her poems, ‘The Requiem’ is, undoubtedly, her pièce de résistance. It was composed as a reaction to Stalin’s rule, particularly the Great Purge, a ruthless state-sponsored campaign to imprison and execute dissenters in Russia that began in the 1930s. She wrote this over many years – jotting down verses, memorising them, and then burning them. Her persistence in memorising and relaying the poem to her friends manifests her belief in the power of protest.

‘The Requiem’ consists of ten short poems, a preface, a dedication, a prologue, and an epilogue. The poem narrates her own experience of lining up for about 17 months outside a prison wall in Leningrad, waiting to hear news about her imprisoned son. Through this, she is able to identify with the many mothers who, like her, also carried out this ritual. The poem, thus, embodies how depicting the truth can show people that they are not alone in their battle against oppression – a thought that is highlighted by the poem’s preface.

‘The Requiem’ has been termed as ‘an elegy for Russia’ by Sharon M. Bailey. This is appropriate since the poem, in a single heartrending cry, speaks openly about the abominable conditions of the people, where half were in prison and the other half were helplessly, yet hopefully, waiting for news about them.

For Akhmatova, her role as a poet meant portraying and identifying with her country’s problems. Remaining silent was not an option, more so because she remembered the Russia that existed before Stalin’s regime. The idea of a nation, for her, extended beyond a political party. She chose to remain true to the idea of a Russia that stood for the freedom of its people, rather than a political party’s power. Remaining loyal to her country’s brave and fighting spirit gave her solace and became a way of protest for her.

Every act, whether big or small, was one of resistance – be it not fleeing Russia or fighting for the people and their rights. She believed that her role as a poet was to write for the people rather than for a dictator, thus refusing to submit herself or her poetry to Stalin’s diktats. 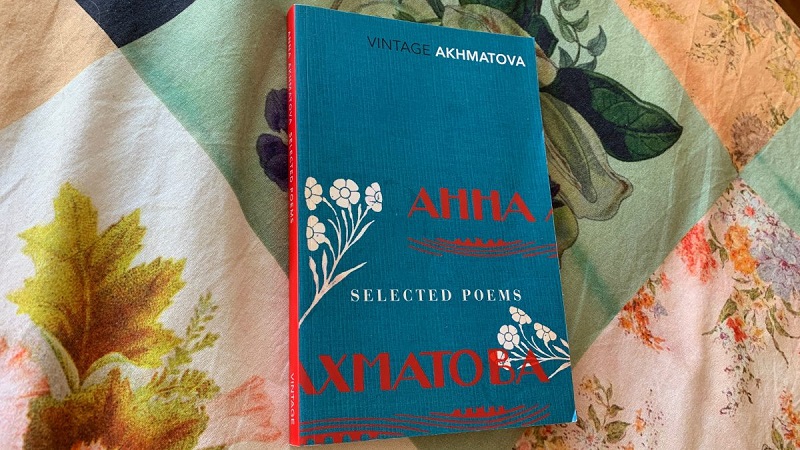 (Image via The Courier)

Well aware of her power as a poet, she writes in one of her poems from The Seventh Book:

You will hear thunder and remember me,
And think: she wanted storms.

Her words of resistance can truly churn up storms of hope and protest. They emphasise a poet’s invaluable role in shaping people’s outlook towards forming a free country where dissent leads to constructive progress and diversity in thought.