Newspeak And Nationalism: Are We Living In 1984’s Dystopia? 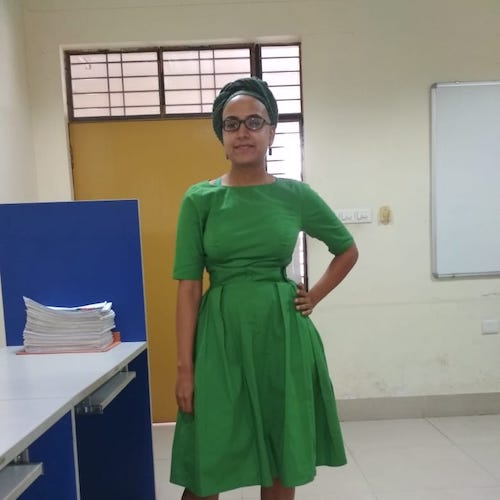 George Orwell finished writing 1984 in 1948. It was a terrifying time. Militant nationalism across Europe had culminated in the unprecedented carnage of World War II. Two decades of massacres in Soviet Russia had killed millions of fellow-citizens, including ethnic minorities, political opponents, and anyone posing a threat.

In 1917, the Socialists seized power from the Russian monarchy. Orwell, a lifelong Socialist, would’ve hoped that Russia, under Socialism, would grow from a nation of dirt-poor, uneducated, repressed peasants into a utopia where the citizens governed themselves, enjoyed culture and dignity, and had time to develop their creative potential. By 1948, it was clear that this dream of an egalitarian utopia had vaporised, leaving a bloodthirsty totalitarian nightmare.

Orwell foresaw the rise of nationalist, authoritarian governments around the world and wrote 1984 as a warning. His prediction was a world like the Oceania of 1984’s protagonist, Winston Smith. A world that was regimented, bleak and poor. Perpetually at war, with citizens being asked to sacrifice for the ‘common cause’. Where citizens turned into vigilantes, turned against neighbours and parents as government spies. Where citizens who committed ‘thoughtcrimes’ disappeared overnight or returned as ‘unpersons’. Where citizens were ruled by a party embodied in the larger-than-life face of Big Brother, staring at them from every wall and ‘telescreen’.

Today, our reality teeters on the brink of 1984. In the last decade alone, several events have sparked boosts in 1984’s sales including Edward Snowden’s revelations of the U.S.A.’s massive surveillance of citizens and, more recently, India’s Citizenship Amendment Act. As we begin a new decade, it’s worth pausing to look back, look around, and ask: are we living in 1984’s dystopia? 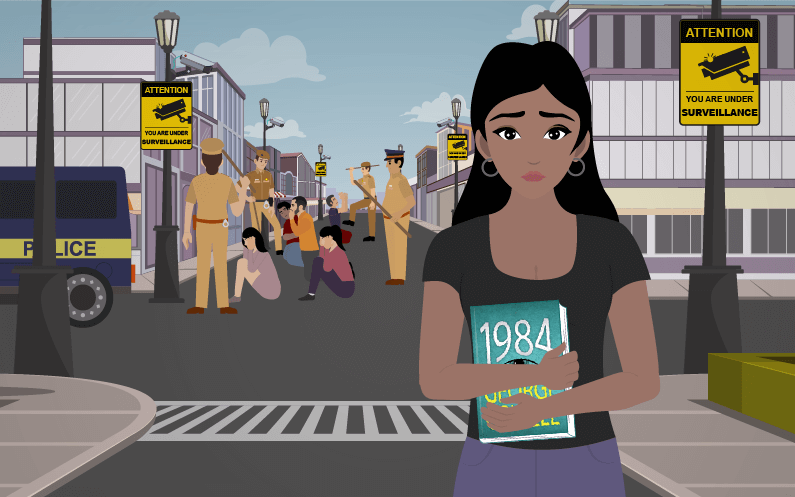 Populism and nationalism are on the rise. Their socioeconomic predecessors are predictable – rapid, scary change, in the form of globalisation threatening first-world wages or immigration threatening the standard-of-living of wealthier nations.

Sometimes, when rapid change scares us, we bury our heads in the sand and long for better times. Then, offering hope, come the populist leaders. They may be outsiders to politics, promising to reform politics itself (Donald Trump), or long-time politicians with a spotty record who’ve had an image overhaul (Narendra Modi). Populist leaders’ campaign platforms promise real progress. These charismatic leaders invoke a pitch of love and reverence that baffles outsiders. They inspire personality cults, they brag about impossible personal achievements in war, athletics, and other manly feats. And the people, desperate for a better future, believe them.

Only after they’re elected do we see their true goal: power. O’Brien is 1984’s flesh-and-blood incarnation of Big Brother: all-knowing, lovable, and terrifying. O’Brien tells Winston that absolute power is not instrumental; it is its own end. ‘A boot stamping on a human face – forever’ is O’Brien’s vision of the future, as he systematically breaks Winston’s body and mind until five is four and black is white.

In 1984, Big Brother is the government. Contemporary reality offers parallels. In India, the world’s largest constitutional democracy, citizens believe that public services come directly from the personal benevolence of P.M. Modi. This is a paradox, and a frightening one: history shows that when one individual becomes the government, bad things happen. Across the world today, populist leaders wreak havoc, via executive fiat, on democratic institutions. They authorise massive surveillance schemes to monitor and manipulate us as citizens and as consumers. In 1984, a state aspiring to egalitarianism becomes authoritarian. In 2020, democratically-elected world leaders are destroying the very safeguards meant to prevent one-man rule. 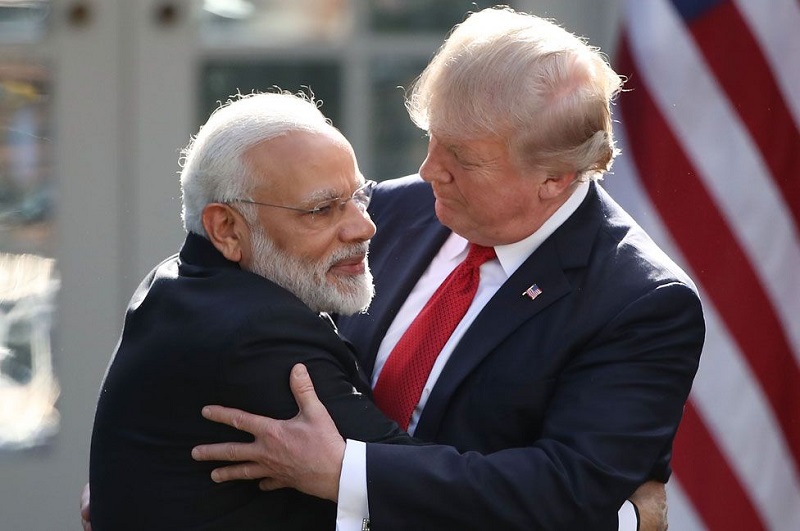 Emmanuel Goldstein’s book, The Theory And Practice Of Oligarchical Collectivism, reveals the real purpose of the perpetual war: ‘The essential act of war is destruction… of the products of human labour.’

This war is not meant to be won. It is meant to maintain the poverty and ignorance necessary for repression. The citizens in 1984 are kept busy doing meaningless jobs, otherwise they might organise and revolt. They work, and the war swallows up their work’s products. Indoctrinated to sacrifice for war, they don’t see war for what it actually is – a way to engage their violent, nationalist sympathies to turn them against ‘enemies’ at home and abroad. 1984’s perpetual war is a perfectly-engineered distraction from the fact that the Revolution has made the citizens poorer and lonelier.

Militant nationalism is essential to populism. Populist leaders promise to lead us back to a glorious national past. An imaginary past: when everyone was the same, when everyone was fabulously wealthy. India’s founders, like America’s, realised that progress lay in embracing science and technology. But what populist leaders sell us today is a vision of being a great 21st-century nation by recreating a mythical time – before ‘foreigners’ came in, took our jobs and our dignity. Creating a mythic vision of a glorious national past is the first step in nationalism.

The second step: blaming ‘inside enemies’ for the country’s problems. This includes the educated elite, whom populist leaders correctly accuse of living in a bubble, and incorrectly accuse of colluding with foreign powers; writers and scientists, who force us to face uncomfortable truths; and, journalists, who’re accused of creating fake news. 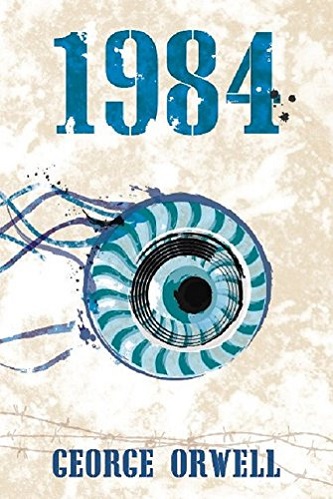 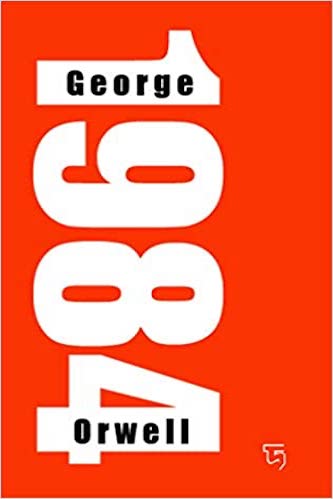 In 1984, fake news is the only news. Winston’s job is to continually rewrite records to make his government look good. When the government tortures a citizen into taking blame for a mistake; when the government needs to make this year’s economic output look far superior to last year’s; when an erstwhile hero has become an unperson; when Eastasia/Eurasia change places as Oceania’s ally/enemy of the moment – Winston throws the former record into the ironically-nicknamed ‘Memory Hole,’ and literally rewrites history. The government employs thousands of Winstons to make it look as if Big Brother was always pursuing the right policy and fighting the right enemy.

Doublethink allows a citizen to say that four is five – if that’s what Big Brother says. Simultaneously, four is four. (For factories to keep producing shoes and warplanes, four must be four.)

For a totalitarian government, Newspeak is the new-and-improved English. Big Brother knows that language is our instrument of thought. A blunt instrument produces muddy thought. So, Oceania’s government creates English 2.0 – a language that is severely reduced, where the same word means both black and white. A language that simply won’t allow citizens the clear thought needed to contemplate revolution or contemplate any reality apart from the bleak, militant present. It’s in this language that the English classics get rewritten: ‘Chaucer, Shakespeare, Milton, Byron – the whole literature of the past will be destroyed: they’ll exist only in Newspeak… changed, not merely into something different, but into something contradictory of what they used to be.’

Rewriting history and culture. Turning them into justifications for violence. Sound familiar?

In 2020, Doublethink is everywhere. In the U.S., Fox News serves as the platform for President Trump’s ‘alternative facts’ – amplifying Trump’s own claim that he’s the victim of media hatred. Trump’s legions of fans, disappointed by his promises of economic development, have been successfully distracted by this. A free press is a cornerstone of a free nation; the decline of public faith in the press parallels the equally troubling view that we’re living in a post-truth age: where, for instance, scientists’ views on science must share airtime with the views of uninformed laypersons – allowing the big business-government nexus to continue business-as-usual.

In 2020, the free press supports populist regimes, as do politicians who were formerly critics of the current party leader. Figures who might have led the resistance instead toe the line, either from fear of being marginalised, or because they, too, seek power. The truth has become merely a malleable instrument of power.

And Newspeak? Orwell’s best-known essay, ‘Politics And The English Language’, also warns about the decline of English as an instrument of clear thought. Today, even more than in 1948, English is continually being distorted by abbreviations, clichés, and jargon. It is being repurposed by politicians (or scientists, or journalists) whose aim is not to communicate, but to obfuscate. In such a situation, should the government take responsibility, or not?

Orwell realised that the decline of clear communication was a political problem. Language that has become a smokescreen helps maintain the status quo. So, if ‘good’ means ‘bad,’ then how can citizens challenge leaders who promised economic progress, but gave us only scapegoats?

Today, Doublethink and Newspeak are the weapons being used by populist leaders to co-opt the media, silence their critics, and to dismiss anything that challenges them as ‘fake news.’ 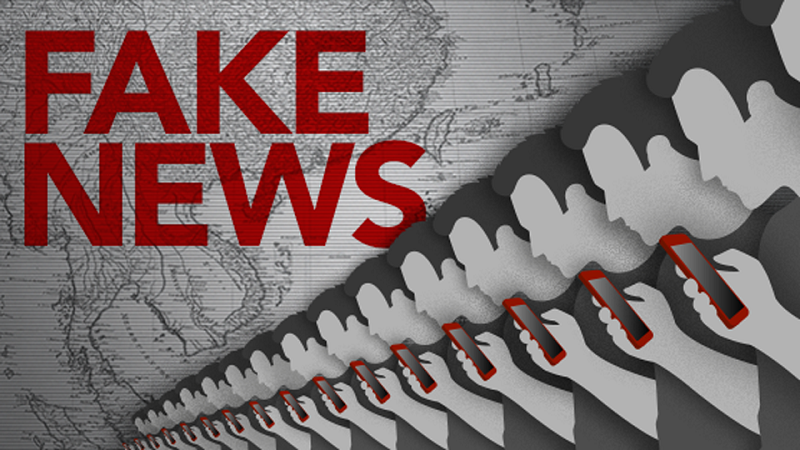 What Future Do We Want?

So: are we living in 1984’s dystopia?  Knowing that we’re being watched, do we fall in line and self-censor? Do we allow repressive governments, and citizen vigilantes to strip us of our rights? Do we participate in perverting language – from a scalpel that seeks the truth to a brute-force truncheon that seeks to stun? Do we allow politicians, who seek only power, to distract us from our economic and spiritual welfare by turning us against each other?

We need to decide. It’s a scary world, and a changing world. How do we deal with change? United, or isolated? Violently, or peacefully?

Amita Basu is a cognitive science PhD candidate. Her fiction has appeared or is forthcoming in Flash Fiction Magazine, Kelp, Fearsome Critters, The Bookends Review, Potato Soup Journal, Gasher, Star 82 Review, Proem, St. Katherine Review, Entropy, Muse India, Dove Tales, Novel Noctule, and The Right-Eyed Deer. Her nonfiction has appeared in The Curious Reader, Deccan Herald, Qrius, Countercurrents, and Parent Edge. She is working on a collection of literary short stories, and a mystery novel about art. She lives in Bangalore, India and blogs at amitabasu.com.