Where Do You Go In The Dark, My Love?

The full moon is upon the Himalayas. It happens once every few years that the moon is full and red, as if streaked by blood. For most people, that red is not visible to the naked eye. Only the sherpas living high up in the mountains can see it. Once every few years, the mountain tribe rings the heavy gong of the bell hanging in its most sacred monastery. It serves as a warning to those living in the ranges below, which are more fertile and populated. From the top of the monastery, the ringing travels down the mountains, bringing pandemonium in its wake. As it reverberates in the Shiwaliks, tea-shops are closed down hurriedly. Men carrying goods up and down the mountains leave them scattered on the trails and seek shelter. Every person living in the hills knows the ringing is a symbol of doom to come.

When the full moon rises in the sky, the ravens fly around and gather on the pine trees. Hapless tourists resting under the shady pine-knolls look up at the birds and wonder at the black feathers that rain down from the sky. The mist descends first, like a shroud over the hills, turning black everything it touches. The blue wildflowers, growing in the crevices between rocks, wilt. The grass soaked in the evening dew loses its sheen. The leaves of the pines resemble black, pointed shards. To an untrained observer, a person not from the area, everything appears the same. It is only the ones who have been living there for many years who notice when the deodars have a black shadow surrounding them.

The first to appear is the fox; obtrusive in its approach, treading over the sticky grass. The fox reaches the pine-knoll in the lower Himalayas, one that has a stream running adjacent to it. It digs out two large, ancient- looking eyes and places them in its eye sockets. Every few years, this fox buries its eyes there after the night is over, and then it disappears to an unknown universe.

The dark forces gather as well, their primeval energy flowing through the shiftily perched electricity wires in the mountains. They descend over the hills, taking up the shapes of rocks, gnarled tree stumps and whatever else they can find. Unsuspecting tourists who might keep their elbows against rocks to rest are in for a surprise. The hard granite can give way to swarming darkness all around, leaving nothing but bones in its wake.

Some trees that reach higher than the others, aiming for the skies, are the first ones around which the darkness perches. The darkness waits for anyone who might take that uncharted path. Nothing moves without the darkness knowing it. The rivers running through the hills turn torrential as if beating against the rocks harder will foretell the mountains of the dangers.

Thick fog envelops the snow-covered peaks and drifts across the sky. The broad, meandering valleys that are straddled by craggy mountains become quiet. Lights go out, extinguished in an attempt at concealment. The terraced houses dotting the mountainside shut their windows, and people crawl inside their blankets to sleep. The mist is one of the many secrets that the mountains carry in their belly. Every time the mist carries off young lovers, the mountains grow another inch, jutting out of the earth with more force.

The animals scurry away; even tigers hide deep within the forest. The jackals, known for stealthily sneaking up on mountain people, are nowhere to be found. Only the ravens sit tall – perched on the pines, deodars and sal trees – forming a black backdrop against an already inky sky. They drop their glistening feathers to the ground, as if shedding them in obeisance to the dark forces.

The tourists who camp on the banks of the rivers are oblivious of the mist. One or two stray into the surrounding forests near the pitched tents and fall prey to the mists. The few who sit around the fire on the white sands and gazing upon the moon are no safer. As the mist circles around it, the fire often roars higher and consumes everything round it. The sands stay soft and resplendent, untouched by the fire or the mist.

Over the higher peaks, where there is no population, the grass turns blacker. The snow-capped peaks shudder and send down an avalanche. It is not in the hands of the mountains to lose control of the amassed snow. It happens at the behest of the darkness.

The mist sweeps over the valley, looking for anyone who might have strayed out. Sometimes, it might be two young lovers who went to watch a film at the Regal. They come out of the dilapidated hall with their arms inter- linked, still chewing kernels of popcorn that have lodged in their teeth. They aren’t aware of the shift that has taken place. The boy Farhan looks around to see where the ice-cream vendor has disappeared, while the girl, Lima, plays with her phone. She is trying to text her father, the great mountaineer Tenzin Krugba, that she will be getting home late.

Her father wasn’t too keen on letting her out tonight; it was only after her mother interfered that he agreed. He had a haunted look in his eyes when he took a swig of his whiskey, his hands shaking. He was staring at an old portrait of himself with his mountaineering friends, Yeshi and Migma. Turning to Lima, he said, ‘Don’t go tonight. It’s not the right night. It’s not the right time. It’s too early.’

Lima went anyway. Farhan arrived in his jeep, and she left with him, pulling her yak-wool shawl tighter around herself. Throughout the movie, she tried to dispel words her father had said. She told Farhan about it, while on the screen, the heroine hid in a closet to avoid a machete-wielding monster.

‘Maybe he is going senile,’ Lima said. ‘It is quite possible that the reputed mountaineer has lost his grip on reality.’

Now, she wonders the same to herself as she waits for Farhan to return, bearing her favourite vanilla sundae with chocolate syrup on top. The ice- cream vendor serves a select clientele outside the Regal every night and manages to sell every single scoop of ice-cream.

Her father has never been quite the same after an ill-advised and ill-fated trip to Mount Everest. In society, he is the same effervescent person, always smiling for photographs with young kids at the mountaineering academy but in private, he has made life cumbersome for Lima and her mother. When he is in a mood, he can beat up her mother and sometimes, he even thrashes Lima. It doesn’t mean that he doesn’t love them both though; he always apologises and blames it on the demon.

Lima knows that the demon is drink and nothing else; all other demons are merely phantoms of the imagination. 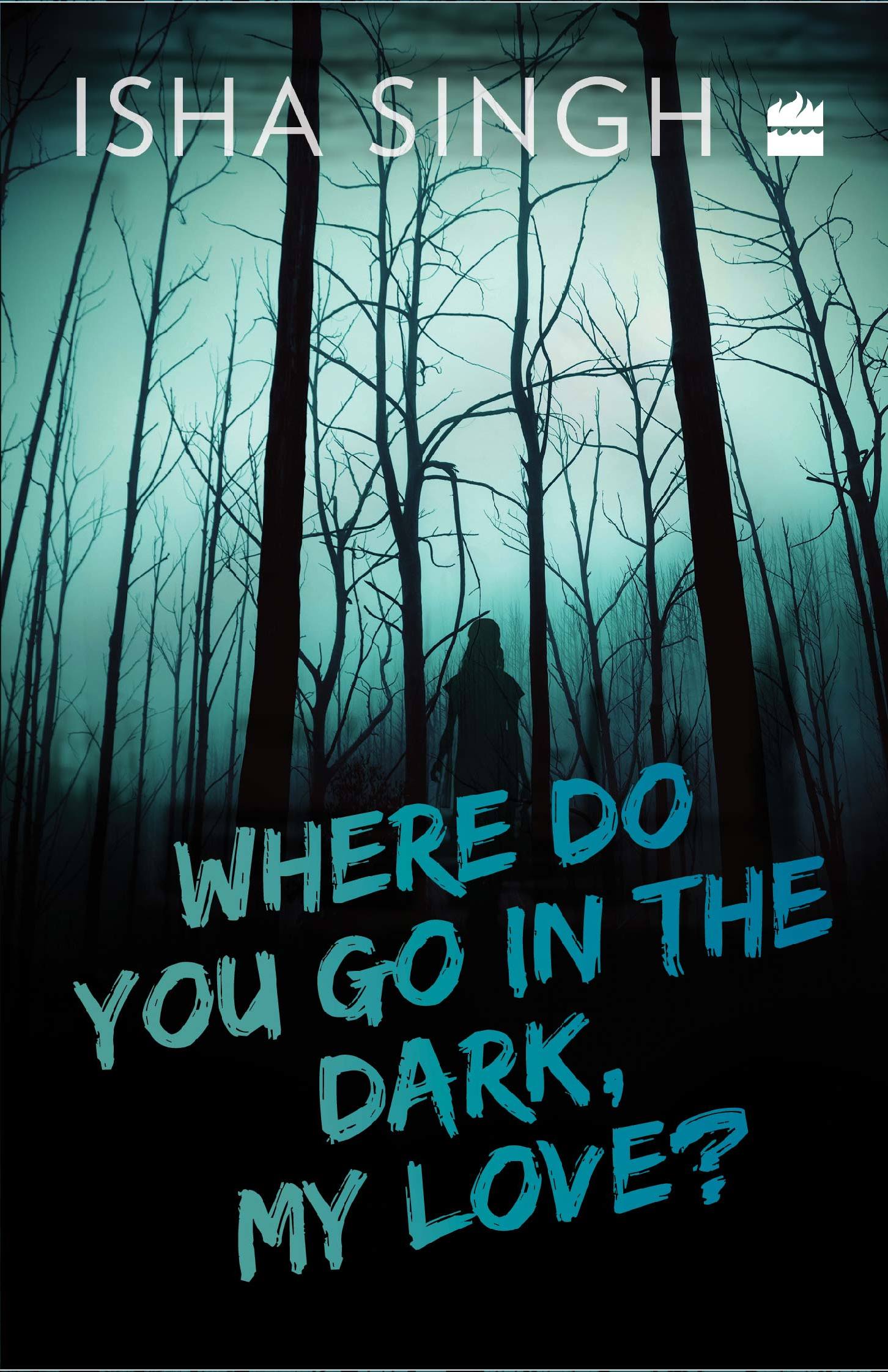 Isha Singh is an alumnus of Miranda House, Delhi University, where she pursued English Honours. She did her schooling from Loreto Convent Lucknow. For her Ph.D in English Literature at Jawaharlal Nehru University, she worked extensively on the trauma and memory of the Holocaust. Where Do You Go In The Dark, My Love? is her first book. You can follow her on Facebook.

Excerpted with permission from the short story The Night Of The Full Moon from Where Do You Go In The Dark, My Love?, Isha Singh, Harper Collins India, available online and at your nearest bookstore.