The Weight Of A Cherry Blossom: Meditations On Life And Love 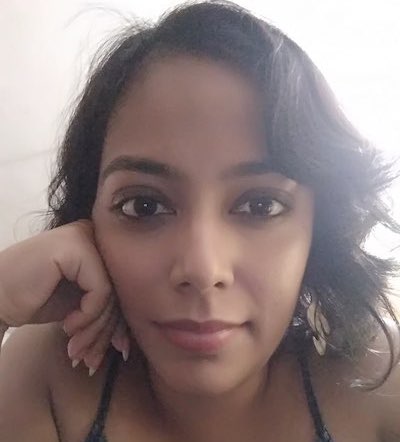 Iread The Weight Of A Cherry Blossom over two days, shuttling between the printed pages and my Kindle. Even on the electronic copy, I found myself running a finger over certain lines, underlining them in my mind. They are seemingly simple words, until you find yourself reading them twice, maybe even thrice. I can see myself looking straight into a friend’s eyes, in a space with kind lighting, and saying, ‘I keep thinking love will save me.’ It doesn’t sound earth-shattering or revelatory at first glance, but I kept going back to it till I realised I would probably never have let it form fully in my mind or in a conversation because of its sheer magnitude and vulnerability. Who actually comes out and admits that they’re hoping for a love so big, so important, that it will save them? Who is that brave and willing to put their most tender hopes out there?

As it turns out, this book is, and so is its author. 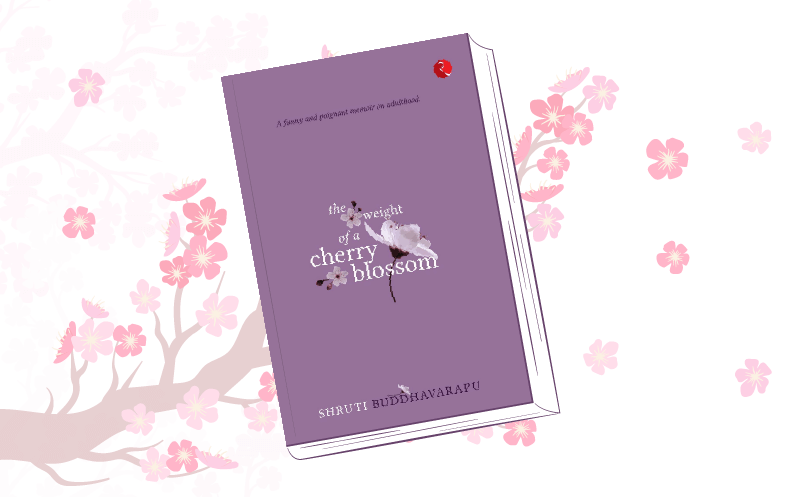 Weighing In, And Out

Through a series of vignettes, Cherry Blossom sees poet and former journalist Shruti Buddhavarapu navigating a life that has been a constant (sometimes rebellious, sometimes tired) battle against a world always demanding that she shrink herself down to fit in. Whether it’s a doctor telling her to lose weight, or her immense, visible hunger for attention, affection, stories and food, she is either too much or not enough. Even when she is not enough, the clamour is for her to cut away integral parts of herself to make room for others. She is, simply, too much.

Cherry Blossom is divided into two sections titled ‘Weight’ and ‘Weightlessness’ and opens with a small note on what each section signifies. ‘Weight’, for Buddhavarapu, is as much about being physically and emotionally weighed down as it is about giving heft and roots to existence. ‘Weightlessness’ here is a compatriot rather than an opponent, symbolising flight and letting go while finding a stronger, more loving sense of self. It is telling that the book itself, slender and with a misty purple cover, belies the weight and richness within.

Thereon, Buddhavarapu explores the universal themes of love, sex, death, loneliness and chronic illness through deeply personal stories, playing fast and loose with chronology, switching between childhood memories of meeting her baby brother for the first time (‘knighting me capable of the most expansive love at age four’) and her innate love for reading and stories that bloomed to their fullest while she was an undergraduate student. 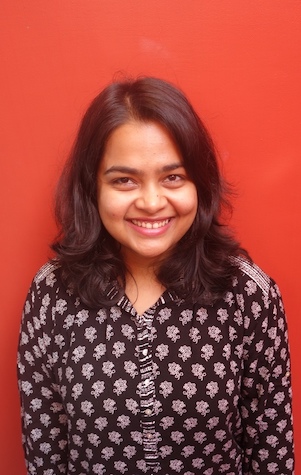 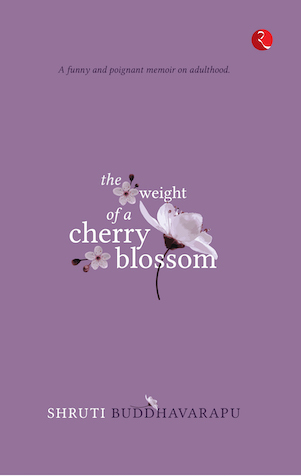 Buddhavarapu has been the survivor of a polycystic ovary syndrome (PCOS) diagnosis for over 20 years. While a major part of her narrative is viewed through the prism of her condition, she refuses to let it define her. I found it significant that there is no chapter in her book titled ‘Illness’ or ‘PCOS’. This actually makes it harder to ignore. Had she merely spent a chapter on the subject and wrapped it up neatly, the reader could, perhaps, have breathed an unconscious sigh of relief/sympathy and moved on. Instead, like the illness itself, its sounding out remains an insistent, evocative hum throughout the book. It is a powerful reminder that the author has had to live with this pain, the cruelty of utterly insensitive doctors and the helplessness of knowing that there is little in the way of healing or cure.

Those of us who visit gynaecologists are aware of how difficult it is to have a conversation about sexual and reproductive health. Ultimately, it all comes down to a series of symptoms, and moral judgement over your life choices. For the author, it was a long and painful journey of birth control pills, battling major physical and psychological side effects and lectures on how she must ensure that her youth and fertility were prolonged for as long as possible. This, writes Buddhavarapu, coloured everything in her 20s, from body image to sexual pleasure and sartorial choices. While prolonged periods and near-debilitating pain are the internal symptoms of PCOS, excess body/facial hair and weight fluctuations are the more visible signs. And, with social mores being especially cruel to women, the author faced this extreme shaming from doctors, friends and strangers, though not, she notes, from her romantic/sexual partners.

Shame is a state of being that comes easily to women – we’re constantly being handed a list of traits and behaviours that we should be ashamed of. What our bodies look like falls somewhere between ‘being 30+ and unmarried’ and ‘smoking in public’. And not all of it is direct.

Buddhavarapu writes, ‘A friend whose eyes keep drifting to the hair on your face… a cousin making a joke about you being a woolly mammoth…the shame sent my way is intended to be wordless, to leave no traces. But I see it. Percolating like salt on their tongue.’

The side-effects of her PCOS medication, coupled with a deep sense of unbelonging, have accompanied Buddhavarapu from Delhi to Mumbai to Pune to Vancouver to Chennai and back. In every home, in every city, she finds anchors, achievement, even love, but her mind is rarely quiet. Even as she embarks on a determined journey of physical fitness and independence, hoping to shore up her body enough to cope better, her mind lags. She writes, ‘On my weakest days, the shadows in the cave play up huge, monstrous imagery, and I see myself, an atrophying corpus struggling to hold up a jittery brain.’ 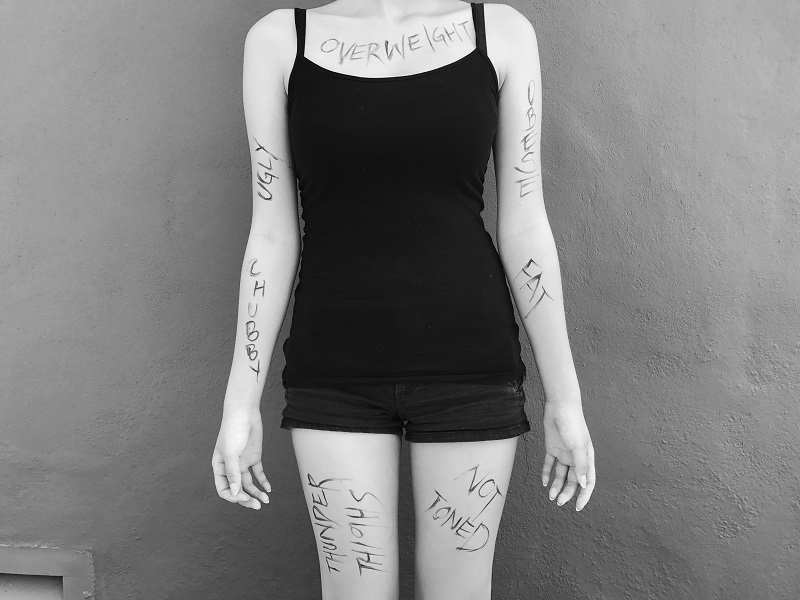 Striving For The Light

Buddhavarapu’s prose in Cherry Blossom is poignant and poetic, always keeping just the right distance from becoming maudlin, and peppered with delightful anecdotes from her childhood and sly observations and references to pop culture. Of a doctor she visited, who was also a fellow gym-goer, she says, ‘If there was a Buzzfeed quiz called, ‘What Kind of Gym-Goer Are You?’ his ideal outcome would be, ‘Alpha Mouth-Breather: Honestly, you should be banned’.’ She narrates beautifully evocative tales of her family, offering a heartfelt hat-tip to the older generations who have made her who she is, filled her up with stories to tell and served as harbours for her often-restive self.

As keenly as the author’s intellect and love for beautiful language comes through, this book is, first and foremost, fiercely personal. While Buddhavarapu maintains that this is not strictly a memoir, nor simply a meditation on her illness, Cherry Blossom treads softly and valiantly on the hallowed ground of life as a deeply intelligent woman who wears her robust heart on her sleeve, and wills her body to catch up. It is this rawness coupled with unrestrained affection for all of life’s quibbles that marks Buddhavarapu’s writing. She is, like so many of us, searching for a safe space, for a sense of belonging that doesn’t clash with her visceral need for space and independence. Most of all, she is searching for love, and is unafraid of declaring it.

This book is no tome of self-help. It is soft, flexible, sometimes dissonant. You could open it at any page at any time and find yourself nodding along, thinking, ‘That’s exactly what I’ve been wanting to say.’ It is a paperweight of proof that weight and weightless, depth and surface, light and less-than-light can and often do co-exist in all of us. 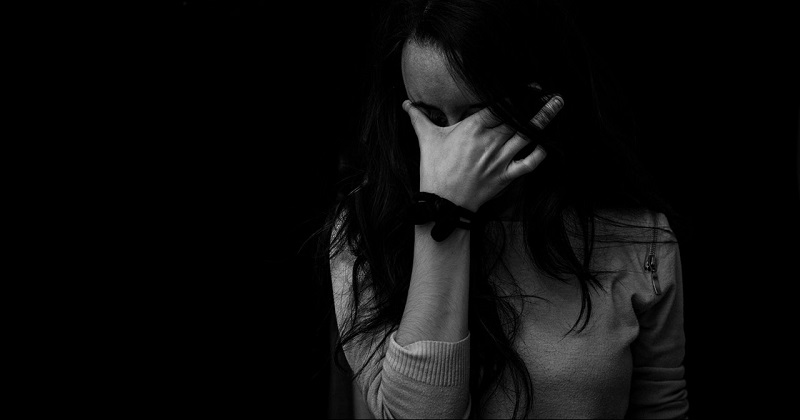 Cherry Blossom is a love story in its purest sense because it speaks of darkness, despair, death, and chronic pain through an ever-expanding prism of love and learning. Somewhere, as Buddhavarapu writes of her struggles with PCOS, the physical and emotional weight, the endless parade of so-called medical experts who saw her condition as nothing more than a threat to her fertility and physical attractiveness…somewhere between the weight of living through unbelievable pain and anxiety, and cutting through it frequently enough to just live, she finds it in her heart to live with love and to be kinder to herself. If she were a Claddagh ring, she would be forever pointing outward, always heart-hungry, looking for a world big enough to accommodate her.

Ms Buddhavarapu, you are indeed too much. And the literary world is richer for it.

Having worked in journalism and digital content, Tia writes and edits for a living, and reads to live. She believes in the power of storytelling, cupcakes and a good bottle of rosé.