In Search Of The Secret Commonwealth: A Journey For The Nostalgic

Phillip Pullman’s His Dark Materials is a gateway drug to teenage atheism. And, when you grow up studying in a Catholic school, as I did, the series and its protagonist, Lyra Silvertongue, serve as a fantastic blueprint to annoy otherwise gentle priests.

When an author revisits their characters after a long hiatus, the tone and personality of once-familiar characters can feel alien. This is often a reflection of the writer’s experiences in the interim years and how changes in the world have affected them. And so, I wondered if Lyra would be the character I remembered? Would she have grown up to be a character I would continue to feel a fondness for?

When we leave her, in the His Dark Materials trilogy, published between 1995 and 2000, she is 12-13, not quite a kid, but not yet a teenager. In The Secret Commonwealth, Lyra is now around 20 and faces yet another transitory age, an adult by definition, but still coming to terms with being one. 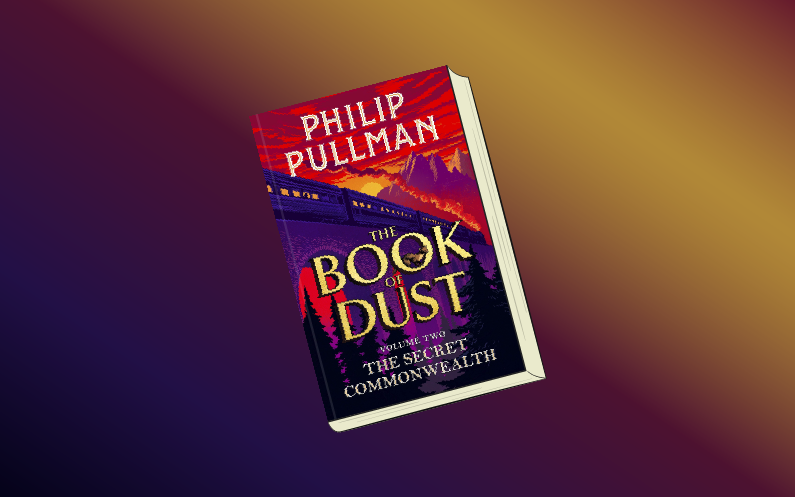 Lyra is now a student at otherworldly-Oxford, dealing with the consequences of leaving Pantalaimon, her pine marten dæmon, behind as she travels to the land of the dead, in His Dark Materials. For dæmon and person to be physically separated from each other inflicts the worst kind of pain on both – “an iron hand pulling one’s heart out between one’s ribs,” as Pullman writes in his books.

In His Dark Materials Lyra is forced to leave Pan behind, to fulfil a promise to her friend Roger, who was murdered by her father. This separation drives the narrative tension and conflict between Lyra and Pan throughout The Secret Commonwealth. It also provides a mirror, showing the reader the internal conflict of a 20-year-old dealing with an amoral and ambiguous world.

In the alternate earth Lyra inhabits, there is no closer relationship than that shared between a person and their dæmon, an external manifestation of the soul. To touch another human’s dæmon is considered to be a ‘terrible breach of etiquette’, not unlike picking up someone’s child without the parents’ permission.

Pullman discusses this in an interview saying, “A dæmon is part of you, of yourself. Lyra (sic) feels estranged from herself. It is a process experienced by many of that age, it can be a process that is enthralling, frightening, even one of deep sadness.”

Being separated from Lyra, Pan can move freely around Oxford, thereby witnessing the murder of a man who is capable of separating from his daemon, which kicks off the story. Through the tale, Lyra and Pan find and hide the man’s bags and are chased by shadowy figures that attempt to discover his belongings. 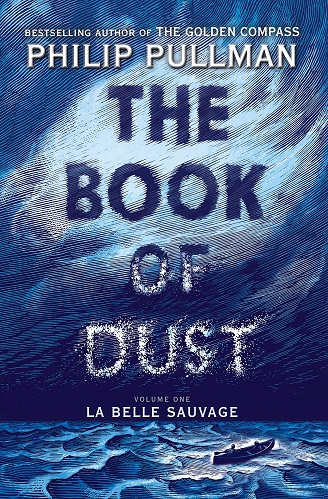 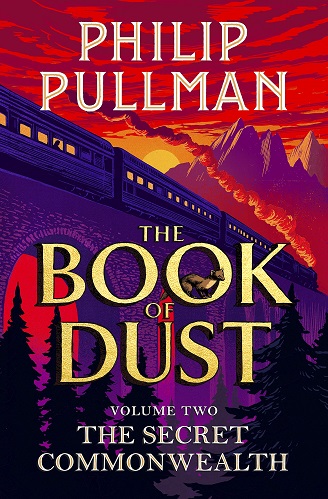 On The Blade’s Edge Of Rationality

As with his previous novels, the Magisterium, a representation of rampant religious authority, remains a target of Pullman’s latest work. However, Pan and Lyra’s new dynamic also allows Pullman to explore a broader issue, one uniquely relevant to us today – unquestioned fanaticism of a different kind, that of pure rationality.

Intellectually curious, and a little lost in the world, Lyra gravitates towards writings of an Ayn Rand-ian variety, and those of pseudo-rational scholars and sceptics. Her desire to grasp onto the straws of rationality further aggravate her relationship with Pan.

‘Pan: “No, you’re not listening to me, Lyra. I don’t think we’ve got anything in common anymore. I just can’t stand watching you turn into this rancorous, reductive monster of cold logic. You’re changing, that’s the point. I don’t like it.”’

Ultimately, Pan abandons Lyra, leaving her heartbroken, with a note: ‘GONE TO FIND YOUR LOST IMAGINATION’.

As Lyra sets off on her own to find Pan, and herself, Pullman introduces the reader into a world brimming with political upheaval, heresy, the subjugation of the powerless, and political assassination. Up until this point, the novel is a slow burn. However, with Lyra off on an adventure through a world I grew up loving, the story plays to Pullman’s strengths, as master world-builder, who can capture readers’ imaginations and truly enthral them.

And in the background of all the intrigue is Lyra’s search for the secret commonwealth, the MacGuffin that drives the narrative. 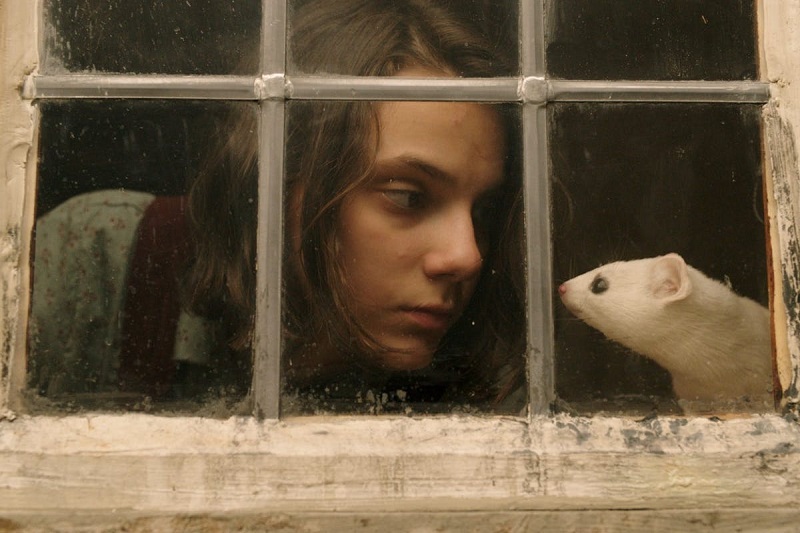 (Lyra and her daemon Pantalaimon; Image via Stylist)

Pullman borrows the book’s title from folklorist Robert Kirk’s The Secret Commonwealth Of Elves, Fauns And Fairies. As Kirk’s book tells us, the secret commonwealth is ‘the world of fairies, and the ghosts, and the jacky lanterns’.

An antithesis to pure rationality, the secret commonwealth represents the world that we cannot explain. One of lore and legend. One made not in reality but in the domain of one’s imagination.

After all, the desire to find the secret commonwealth is why we practice art, why we read fantasy and play video games. And why karaoke bars and Mickey Mouse ties are a thing. 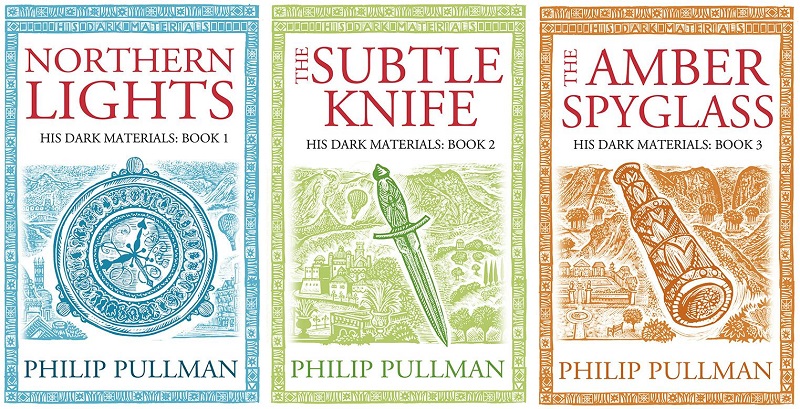 A Turn For The Worse

Pullman is a masterful novelist, who can touch upon issues of the day with subtlety. Through the book, he takes great care in exploring societal issues as well as personal ones. The book paints a delicate picture of terrorism, the effects of war and a growing refugee crisis.

It also gives the reader an insight into severe events in Lyra’s life – her strained relationship with her parents, the death of her friend, her longing for her lost first love, losing her funding at college, and being abandoned by Pan, all in a manner that is thoughtful, giving the reader an understanding of her thought process and character.

For this reason, the end of the book almost feels egregious. Without getting into spoilers, Pullman attempts to delve into sex crimes but does so in a manner that comes across as archaic, especially for an author of his calibre. What the implications of this development are within the trilogy at large remain to be seen. However, within the context of this book, since it is one of the final moments of the story, it also felt quite rushed. 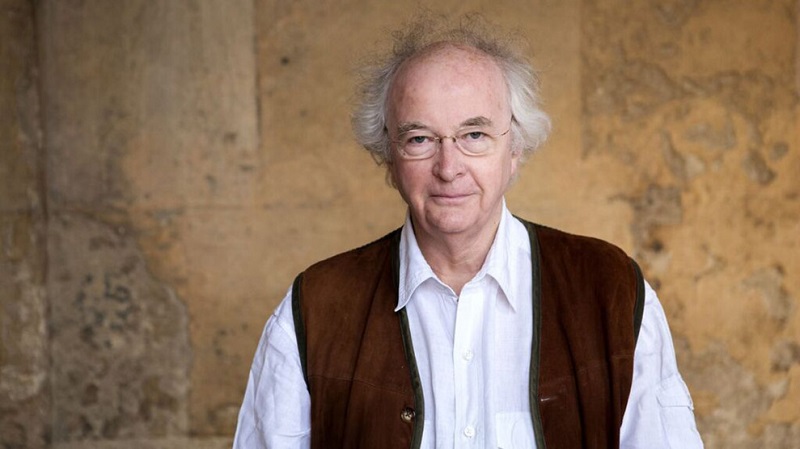 For Those Who Grew Up

The Secret Commonwealth is not a book for everyone. It is written for readers who grew up reading the stories of His Dark Materials and are now adults, like Lyra. But, it is nowhere close to being fan-service. Lyra isn’t the same person we knew her to be, and the events in her life have shaped her thus. The strong-willed, break-through-obstacles-with-sheer-stubbornness Lyra is gone. She was adamant about what she knew was right. Though aloof, she was never cold to the people around her.

The new Lyra, conversely, can be contemptuous, melancholic, unsure of her place in the world, clinging to the logic of cold rationality as a way to simplify a complex world. However, Pullman explorers her psyche in a way that makes her growth into adulthood feel realistic rather than wish fulfilment. And so, I miss the old Lyra.

But then, missing her is akin to being nostalgic about who I was when I was a kid – freer, friendlier, stubbornly bratty, and far more open to flights of imagination. Perhaps that is, after all, the point of The Secret Commonwealth.