From ‘1984’ To ‘The Inhuman Race’: A Journey Through Speculative Fiction 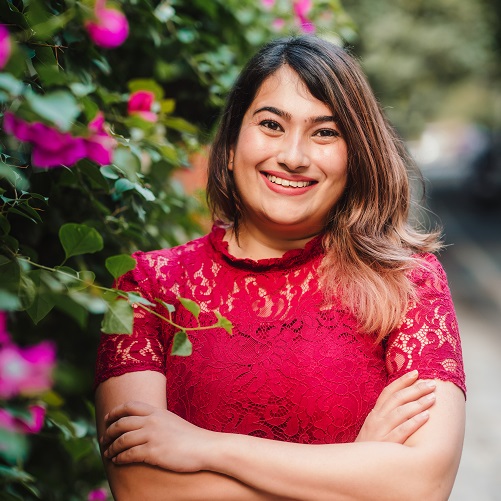 I began to write epic fantasy at the age of 12, after spending a summer reading J.R.R. Tolkien, J.K. Rowling and Isaac Asimov.

My first trilogy was an action-adventure, complete with intergalactic sorcery, but it didn’t seem to work. I soon discovered that I’d completely missed the point. While these iconic authors had created strange worlds, taking me into the unknown, they’d also constructed puzzle boxes. Unlocking them revealed answers that I wasn’t aware I’d been seeking. I had stumbled into the realm of speculative fiction and found the source of its magic.

Speculative fiction is an inclusive term for fiction that deals with the ‘otherworldly’. It includes works of fantasy, science fiction, alternate history, horror, weird fiction, and more. It is non-realist—set in a world with laws that are different to our own. Its characters are unconstrained by our constructions of morality. This genre arises from the act of ‘speculation’ — the forming of a theory or conjecture without firm evidence. At the heart of it lies a simple premise — a question that asks ‘what if…’ 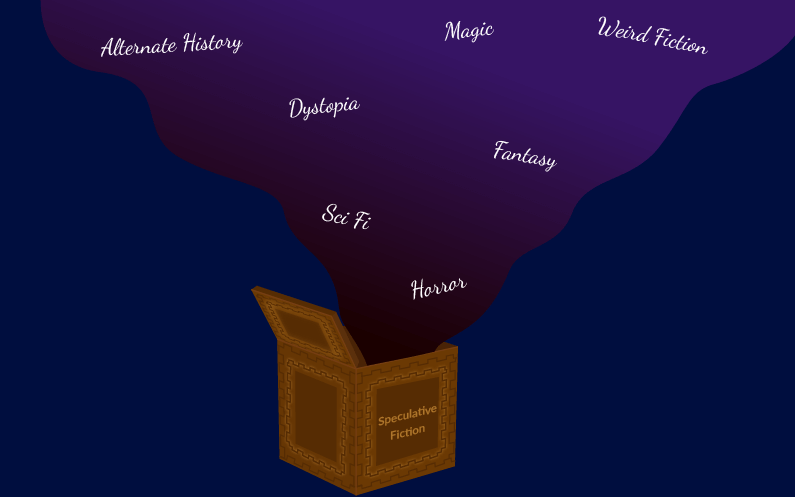 Journeying Through The Realm Of What Ifs

‘What if this is the future?’ has inspired landmark works of dystopian science fiction, like George Orwell’s 1984. Here, an oppressive regime monitors and persecutes independent thought. Brave New World by Aldous Huxley examines the use of technology to achieve a carefully engineered social hierarchy. Ray Bradbury’s Fahrenheit 451 is a commentary on censorship in a world where reading is outlawed.

This question has also resulted in utopian visions. Island by Aldous Huxley introduces us to a sustainable society, while Men Like Gods by H.G. Wells presents us with a perfectly designed anarchist one. A recurring theme through all these works is that it is our choices and not our technologies that determine our future.

‘What if being human is not the same as the spirit of humanity?’ is another frequent question in speculative fiction. I, Robot by Isaac Asimov presents the human race’s need to control Artificial Intelligence while simultaneously portraying robots as capable of emotion. The Witcher series by Andrzej Sapkowski is the story of a mutant monster-hunter, reviled by a violent, dysfunctional society, making us wonder who the real monsters are. The Patternmaster series by Octavia E. Butler presents both a secret history and a potential future that critiques power, gender and race. The world is seen through the eyes of the ‘other’, making us question who we are.

It can be argued that speculative fiction is a carefully designed game. Its power lies in its disregard for the rules of reality. These rules are bent and shuffled. The resultant deck of cards is dealt, and protagonists must contend with these new parameters. The end effect is that they are stripped bare of all that is familiar, revealing the humanity—or lack thereof—that lies within.

I’ve encountered life-altering viewpoints through my forays into this genre. The worlds I’ve travelled to redefine our past, look to our possible futures, and present societies unlike any we’ve seen before. 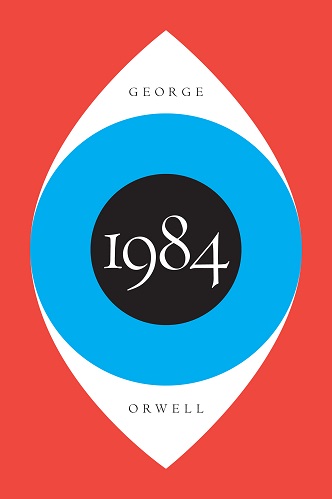 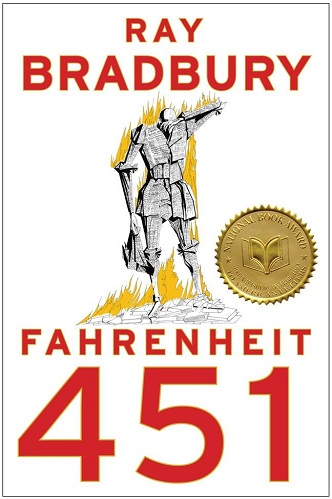 Ursula K. Le Guin’s The Left Hand Of Darkness is the story of a gender-neutral race that chooses to be male or female once a month. The book goes far beyond this premise to build a vivid and plausible world, complete with its own folklore. In a 1976 essay titled ‘Is Gender Necessary?’, Le Guin wrote about how she ‘eliminated gender to find out what was left’, thereby constructing a culture independent of gendered society. In contrast, Margaret Atwood’s The Handmaid’s Tale explores the subjugation of women and the machinations of power. Fertile women are forced to produce offspring in an intensely patriarchal society. While Atwood maintains that this book is a criticism of power, it has also been labelled a ‘feminist dystopia’. It’s impossible to separate patriarchy from the corridors of power, and this book scrutinises how the two go hand-in-hand.

These books hold up mirrors to our world—projecting its present-day concerns, often to extremes, in order to sculpt the crux of humanity from an else-world’s clay. I sought to find these lenses closer to home.

In Escape and The Island Of Lost Girls by Manjula Padmanabhan, women have been exterminated. Cloning has erased their ‘function’—reproduction. Through the narrative, women are viewed as mythical creatures in absentia, often both sexualised and revered. This is a chilling parallel to how the idea of a ‘woman’ persists as a gendered construction, usually defined by men, here in India and around the world.

The Devourers by Indra Das offers a fantastic vision of India’s colonial past, narrated by a gay half-werewolf in the present. By alternating between the past and the present, this book often blurs lines between colonial and gendered prejudices. It reflects what it is like to live closeted and shamed—a stark parallel to being in a same-sex relationship in modern India.

Examining gender, sex and power in these fictional worlds broadened my horizons. I looked for more and found myself in the Stillness. 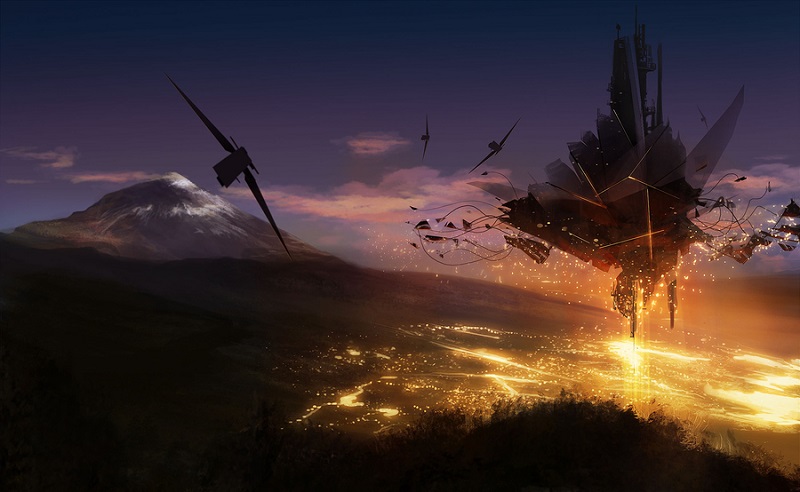 I encountered a community of ‘misfits’ in The Broken Earth trilogy by N.K. Jemisin. Here, a number of outcasts and marginalised identities struggle to navigate an apocalyptic future. According to Jemisin, the book is ‘for all those that have to fight for the respect that everyone else is given without question’.

Through redrawing lines of discrimination and redefining power structures, speculative fiction can offer a sharp critique of the world we know. It places us in the unfamiliar, letting us examine how discrimination is propagated, either overtly or systemically. This has helped me question our very essence of humanity.

Unravelling what makes us human is Priya Sarukkai Chabria’s Clone. In a world where life is codified to conform, a clone experiences something unheard of—memory. This gives rise to a forbidden discovery—a sense of self. The self cannot exist outside of social structures, and in S.B. Divya’s Nebula-nominated novella, Runtime, an underprivileged cyborg immigrant competes against wealthy opponents in a futuristic race. It offers a sharp critique of systemic privilege.

These books made me want to work toward a more inclusive tomorrow. I looked to the future and made my way to Bombay. 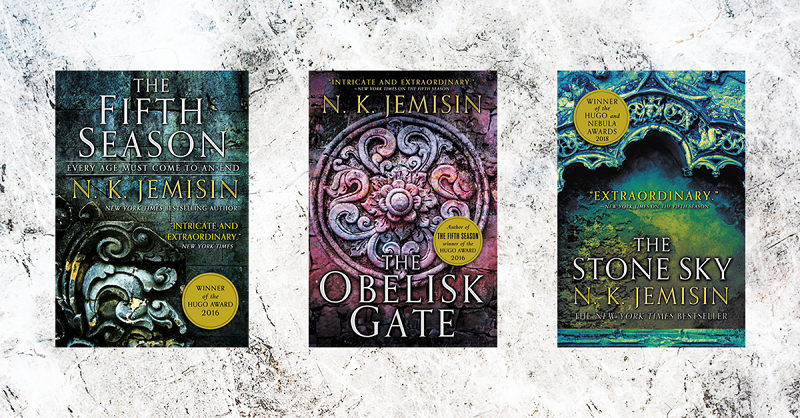 Housed within the ‘Bombadrome’ is a government-facilitated utopia built on the ruins of Bombay. The Black Dwarves Of The Good Little Bay by Varun Thomas Mathew rues the loss of Bombay of yesteryear, creating an argument for diversity that arises from non-conformity. It made me question the cost of absolute unity.

I then found an alternate future in The Inhuman Race by Nebula-nominated author, Yudhanjaya Wijeratne. The British Empire still governs the subcontinent. Colombo lies in ruins. Our protagonist is a child who must navigate life on its streets This book has sharp observations on power and its impact on the innocent.

By rewriting history, speculative fiction makes us question our conceptions of ‘us’ and ‘them’. Through using external oppressors, it makes us ask if our present selves are any different. Similarly, in looking towards the future, we see an image of what we could become, making us question who we are.

All these books reflect and criticise the very best and worst of the world we live in, but each of these books is also an instance in a much broader tradition that has persisted across time and space, around the world. 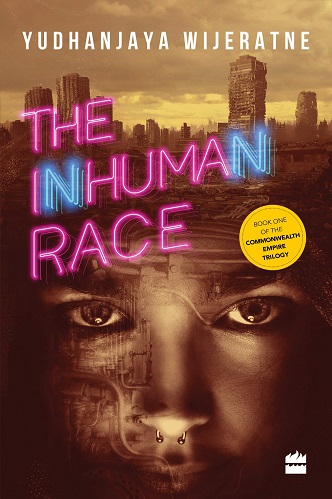 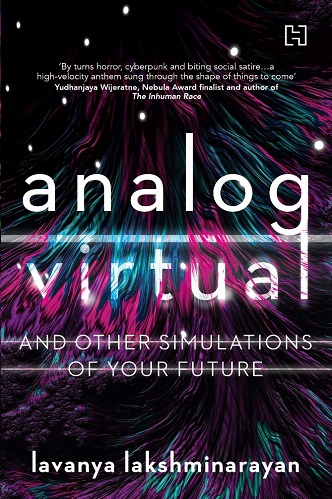 A Metaphor To Mirror Reality

Speculative fiction, being free from the trappings of realism, gives us the ability to examine the essence of humanity unfettered. It pushes us to view the world through the eyes of the ‘other’, to question where our choices might take us, and to see ourselves in an entirely different light.

Each work of speculative fiction has caused me to return to reality changed, with deeper empathy and broader perspectives. In writing my own book, Analog/ Virtual And Other Simulations Of Your Future, I looked to build a world that explores our humanity through the lens of technology. In keeping with the larger tradition of speculative fiction, it is my hope that it holds a mirror to each reader’s soul, making us question who we want to be.

Lavanya Lakshminarayan is a speculative fiction writer and game designer from Bangalore, India. She has received an honourable mention from the A.C. Bose Grant for South Asian Speculative Literature 2019, awarded by the Speculative Literature Foundation, USA. She is one of the winners of the Nature of Cities Prize for Urban Flash Fiction 2018, and was shortlisted for the Toto Award for Writing in English 2019. Her fiction has appeared in numerous anthologies and publications, including A Flash of Silver-Green, Third Eye and The Indian Quarterly. You can follow her on Instagram.