Why I Find Russian Literature Irresistible 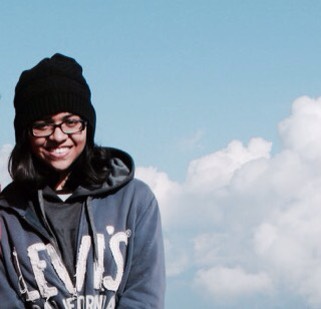 The Russians, as they walk in, usher in exaltation through the door; everyone turns to look – the promise hangs heavy in the air. The Russians are a set of books, and yet they seem to have stronger limbs, firmer hearts, and more passionate brains than any human being we know. Anyone who loves to read knows that literature becomes itself, in all its aesthetic and humanistic concerns, in the realist novels of Leo Tolstoy or the short stories of Anton Chekhov, in the psychological panoramas of Fyodor Dostoyevsky or the bold satires of Alexander Pushkin. The framing idea of any art is that some things just have to be known, not just to give the individual a sense of what lies ahead but to instill in her a thirst for the same; to incline, chisel, and polish her in the direction of thought, beauty, and pleasure. Russian literature, an age-old prescription of this nature, still remains – with courageous humour and truthfulness – the epitome of artfulness in form and deftness in exposition. 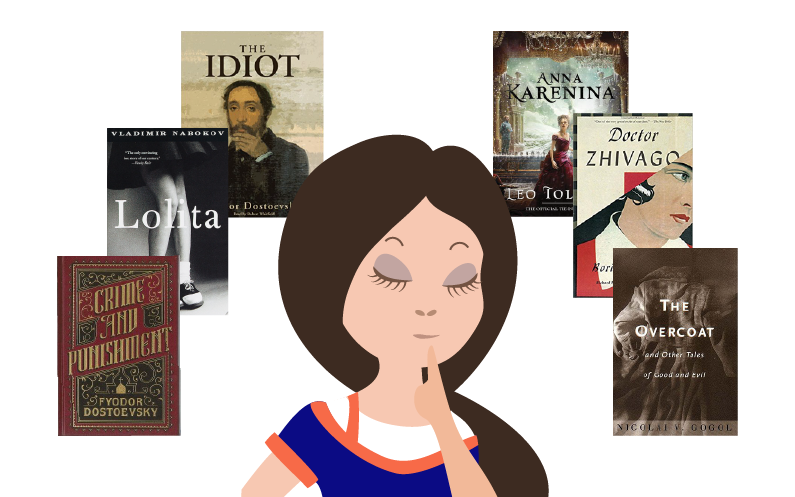 I was twelve when I first encountered a particularly intriguing Russian. He came to me with none of the grandeur usually associated with him. I read The Namesake, by Jhumpa Lahiri. The novel’s titular anxiety (about names, naming, and namesakes) comes from one man, Ashoke Ganguli’s deep love for the Russians, Nikolai Gogol in particular. As I watched Ashoke sitting in a train, pausing with grief as he became witness to Akaky Akakyevich’s death in The Overcoat, I was filled with an obtuse, unclear jealousy. I was a witness to Ashoke as he was to Akaky, but rather than being linear to the sentence, I almost felt a triangulation had occurred and I was a part of the scene. I was not a witness to a scene of love, but rather, I had witnessed a love scene. I wanted what Ashoke had in Akaky. A love that is both, curious and sympathetic, unknowing in many ways and yet, deeply knowing in a certain sense.

Reading the Russians is not just tantamount to broadening your literary horizons; it also means creating a space in your life for the fact and the act of writing. Like all good writers, they will make you think about why we write at all. Russian literature – works like Anna Karenina in particular – will prove unexpectedly addictive, leaving you hungering after truths you may already know, looking for reiterations, confusions, and the bad dreams we all share; all of it will be new and ageless –  and it will please and trouble you like never before. You will wonder how fur-cloaked noblemen from Tolstoy’s society can remind you of characters you just saw yesterday in your own hallway; how the mores of a cold, dated regime can seem identical to the struggles against which we are fortifying ourselves for today. And it will bring you back to the violent and astute nature of the desire to write, and – as Francine Prose wrote:

“As writers, we are inclined by sensibility to look beneath the surface, to analyze and make distinctions […] As writers, as citizens of the world, we need to remember—as Samuel Beckett said, echoing Chekhov, a century before— “in the particular is contained the universal.” […] And as lovers and producers of literature, we cannot forget what literature continues to teach us: that each of us is a unique entity with something—that mystery called human nature—in common that should be, for us, a bottomless well of empathy and compassion” 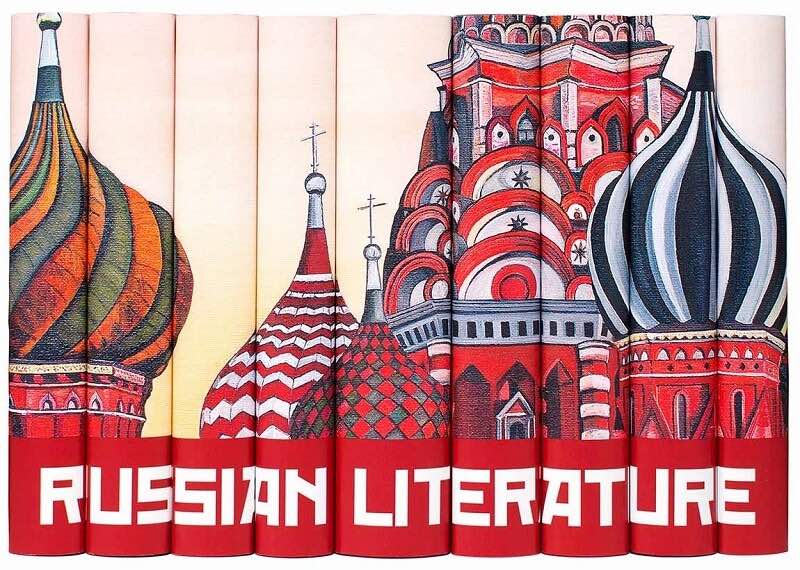 As with any other work of art, it matters when and, at which point, you happen to read Russian literature. I started reading Anna Karenina for the first time when I was fifteen. And I did not make it to the end. The society appeared bloated to me. I was irked to find out that the characters in the novel – as in real life – were multiplying, reproducing through association, rumours and dinner parties. Every aspect of the novel that, which seven years later I would find painfully irresistible, was – to my teenaged gaze – something to skip over. I wanted to get to Anna’s affair with Vronsky, I wanted to experience what was so shocking and so bad. But even when I did get to it, nothing shocked me. The layers meant nothing, the lovers caught gazing at each other, the cold exchanges, all of it was nothing to my unfiltered understanding of the world. It went without saying: I was not ready. Or rather not prepared. I hadn’t been made ready by experience, life, or the other books I’d read. The following year, I read The Overcoat for the first time, and it grabbed me. I returned to it again and again. Gogol, that intriguing Russian who had once enticed Ashoke Ganguli, was now bewitching me. I finished the story with an imagined, projected desire that tied me to the travails of Akaky and his overcoat, as if I could take as a sign that what happened to Akaky, could happen to me. It was the first of several instances wherein Russian writing made a desperate and distressed reader out of me. It was a desperation cleansed of intelligence, a distress devoid of courage.

It has always been a curious literary fact for me that a nationality can act as an adjective, and what’s more, an effective adjective. It is no casual confluence of opinions that immediately conveys the meaning of Indian or French or German or Japanese when these words are followed by the noun fiction. There are always cultural forces at work that either determine or undermine a particular understanding of a nationality, at a given point in time. Now, it goes without saying that even if ‘the Russians’ belonged to the Golden Age of Russian Poetry, they all lived and wrote about a different Russia. To pick apart the fine threads to discover which Russia is painted by whom can be the pleasurable task of an entire lifetime. And what is even more interesting is to unpack the weight Russian conveys, to see for oneself if that’s a weight one can carry. 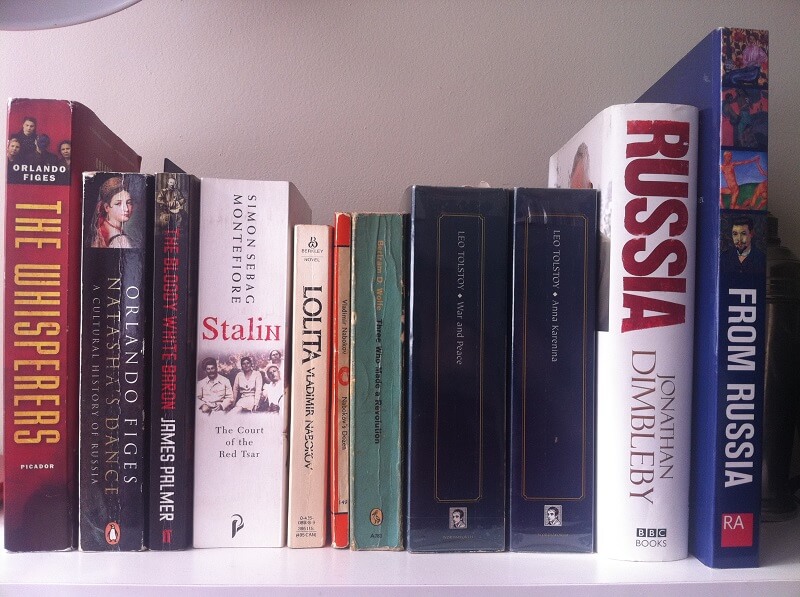 In college, through lectures on Russian formalism and then on Soviet cinema, I was minorly introduced to the vast starkness of the modern Russian canon. Going past the initial shock of Lolita’s premise, I was drawn to Vladimir Nabokov’s relentless, professorial style, especially in his lectures on Russian literature. I was particularly taken in by a section in which he seemed to decree that Gogol must be read in Russian. Going past the usual host of language apps on my phone, I put together a basic understanding of the Russian language in my mind. But the experience was a souring one.

Despite the history shared, so to speak, by India and the Soviets, there were hardly any resources for me to learn Russian comfortably. And time was flying. So I let my Russian plans – if I may call them that – fly away as well. It seems comic to me, later on, that I was thinking, in all honesty, that I could learn Russian and then read Gogol in his own language. It was not a good feeling, the severe failing of a challenge I set myself. So, in the bustle of preparing to leave college, I read The Idiot. Much like my 15-year-old self, I did not complete the book. My head was filled with a single question, one no reader should ever entertain: Who would ever act like this? It is a question even I know has no rhetorical worth, for humans I personally know have acted far more impetuously, crudely, and simplistically than any one person in The Idiot. And yet, frowning into Dostoyevsky’s world, I’d been brought down to a version of myself that I didn’t understand, that wasn’t worldly, that didn’t immediately think, Of course he did that, he’s a monster. I’d begun thinking like an ‘idiot’ myself. For an adult who otherwise understood jealousy and passion, to give up all those understandings up in favour of – in favour of what? I returned the book, and I imagined burning it. Perhaps I did not understand jealousy and passion at all. And as that single thought occurred to me, I wanted to hug the book close and tight, and thank it for exposing to me this freedom of simplicity, this freedom in simplicity. All one has to know is that one doesn’t know. 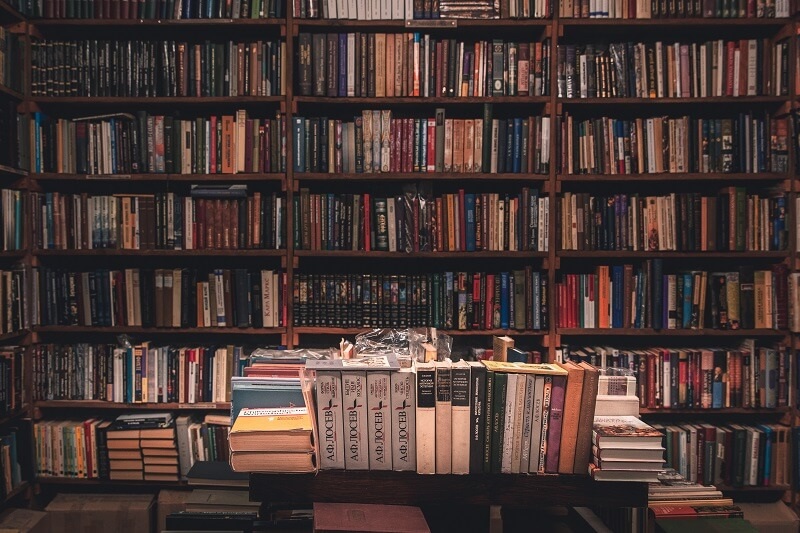 Books are the first redefinition of many things: love, travel, pleasure, pain. Over the years of reading, I have tried to lose all dearly held understandings of each of these words – in preparation to lose them further, if nothing else. I have approached Russian literature in a few different ways, but either through a lack of prescription or a lack of devotion, I have never encountered the Russians as such. I have been either a child or a tormented soul, either exceedingly busy or startlingly unemployed, and I have never once thought: these are all perfectly good junctures to pick up and begin again, what you once began when you were so uninformed and so ill-prepared. This year, as I reread Anna Karenina and start with Crime and Punishment, I am hopeful. It is raining, I have better organisational skills, and – who knows? Like festive family dinners, like the cinema of Michael Haneke, Russian literature too is something that needs encircling, approaching, graduating to. Maybe this is the year it all happens. Maybe this is the year I travel to the Russians.

Sayali was born in Bombay and is a student of English and German. Her chief interest lies in finding out if words are ever enough. She can be reached at palekarsayali@gmail.com.