A Bandra Girl Gets Nostalgic While Reading Bombay Balchão

Iam a third generation Goan living in Bombay (we never really got around to calling it Mumbai) who grew up as a proper ‘Bandruh’ Goan Roman Catholic girl. I belong to a generation that has lost its connect with the language and land of their ancestors and is at risk of losing many of the undocumented stories that have been passed down for years.

Today, it is only through fictionalised accounts like Jane Borges’ in Bombay Balchão that my generation (and the ones to come) will learn why Goans are called paos or why an age-old tension exists between Goans and Mangaloreans. Her journalistic precision and ability to see the humour in situations helps fill in the gaps of the lost Goan narrative. Borges uses humour to beautifully disguise the often-unsaid eccentricities of the Catholic community, helping me find many similarities to my own big fat Pereira/Pinto family.

Spanning decades, the book traces the shifts in the Catholic community of Bombay from its growth with the influx of the Goans and then the Mangaloreans, to the blurring of lines within the communities due to inter-marriages, to the move of the community into Mahim and Bandra initially and later, Borivali and Malad. 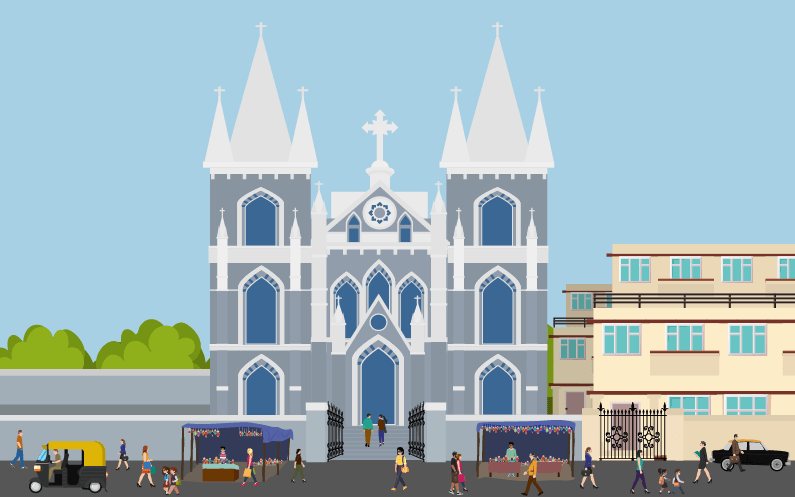 Bombay Balchão is set in the primarily Catholic neighbourhood of Cavel on Bombay’s D’lima Street that conglomerates around the church of Our Lady of Hope. Borges, who grew up in the neighbourhood, has taken the Goan recheado masala, the Mangalorean gossip and the East Indian spices to weave a story of the ordinary residents of Bosco Mansion in Pope’s Colony.

Michael, the protagonist, is the thread that ties the entire story together – a character everyone can relate to. As much as Michael tries to keep out of the happenings of Bosco Mansion, where he resides on the ground floor with his wife Merlyn, the thin floorboards don’t allow him to escape the noise from the flat above where his parents, and later, his sister, Annette, and her husband, reside.

As I turned the pages, I found myself chuckling at parts, and thinking of my own little sheltered upbringing in Bandra in others. More importantly, I realised that there is often a story within us all, and Bombay Balchão made me go back and pull out my own. 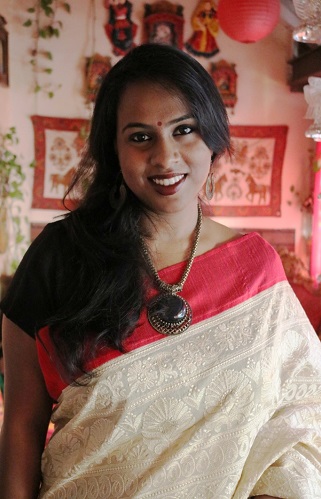 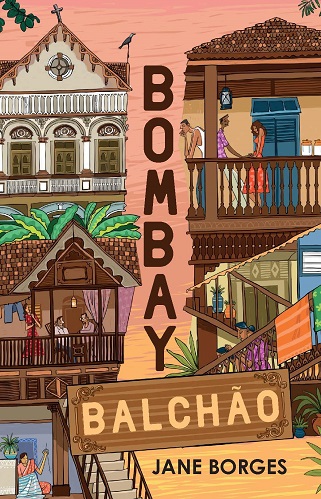 My family, on both sides, draws its history from locations close to Cavel. My paternal grandparents, both migrants from Goa, stayed with relatives in Umarkhadi, a few streets down from Cavel. My grandfather worked at the ice factory, supplying ice that was used for the fish at the docks, and often brought home a big catch that was given in exchange for fixing someone’s freezer. My father also grew up in Umarkhadi, going to the famous St. Joseph’s Girls’ School for two years as there was no place in the boys’ school, which also explains why he could sew a button with ease.

In the book, Merlyn, who stayed in Goa, is brought to Bombay to live with her father and stepmother with Michael proposing later, after meeting her at church. Merlyn and Michael’s love story reminded me of my maternal grandmother’s love story which started a few streets over from Cavel, in Princess Street, Dhobi Talao, when her Bombay-based uncle brought the proposal of a young Pinto boy from Bombay. My grandmother sailed from Portuguese Goa to settle in Bombay in 1963. She was educated in Portuguese, spoke Konkani at home and never took too much to the Hindi of Bombay, much like Merlyn with her mishmash of Hindi and English who cribs about her husband to her maid saying, ‘Hamara aadmi still nikalos chikus upar se. You know he eats them thoda and throws them niche. Mere ko bahut trouble karta.’ I could almost hear this exchange as, in the past, my grandmother had to struggle her way through buying vegetables and fish till she and the vendors established their own form of communication.

This, and several other caricatures of the community that I have grown up in had me chuckling away to myself, such as ‘Pinto, a 45-year-old potbellied Goan’ who becomes the greedy landlord, the ‘Mangis who are too shrewd for their own good and the Goans, the susegaads, who became infamous for their laidback attitude.’ 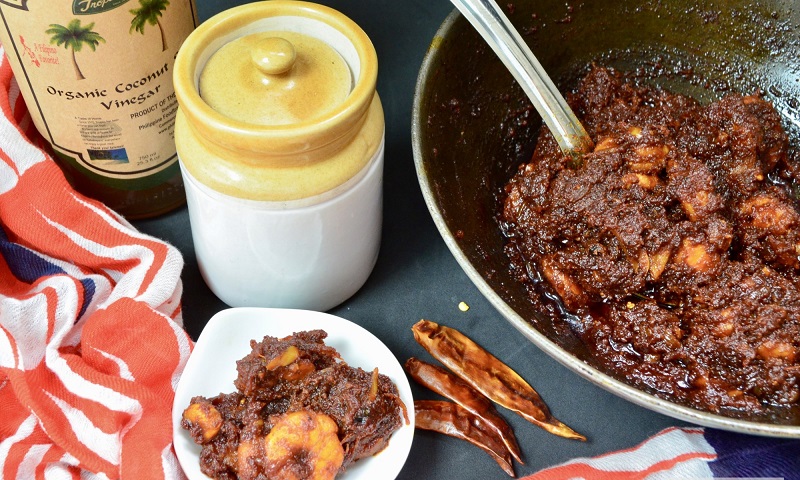 The 80’s Fever In Everad Nagar

In Bombay Balchão, the lives of everyone living in Pope’s Colony are intertwined in a manner reminiscent of Everad Nagar in Sion where I was born. Borges describes how the compound in Pope’s Colony on Christmas Eve served the dual purpose of a party and prayer ground. The boys would take care of the bonfire, the older men made potent concoctions of home-brewed alcohol, while the women fed the famished with coffee and plum cake first, and then mutton and pork chops. This reminded me of Everad post midnight mass on Christmas. The area would be abuzz with an entertainment committee making the final plans for the annual Christmas dance, just like the annual preparations below Michael’s building in the book.

This was in the 80s when the breakdance frenzy had taken over. The couple passes would get sold out weeks in advance, dress hemlines had been negotiated with the tailor and the perfect dancing shoes taken down from the loft. The dance was the start of much of the gossip of who was ‘friendly’ or ‘going around with someone’. My mother and father spent many a cold night out in the lawns of the colony dancing the night away. In fact, reading about Benjamin’s impassioned dance at Annette’s engagement party, where he broke out into ‘a rather vulgar swing which resembled a series of pelvic thrusts’ to the tune of Elvis Presley’s ‘Blue Suede Shoes’, reminded me of the still-recounted tales of my father and his scandalous jive moves of lifting girls in the air and swinging them between his legs. 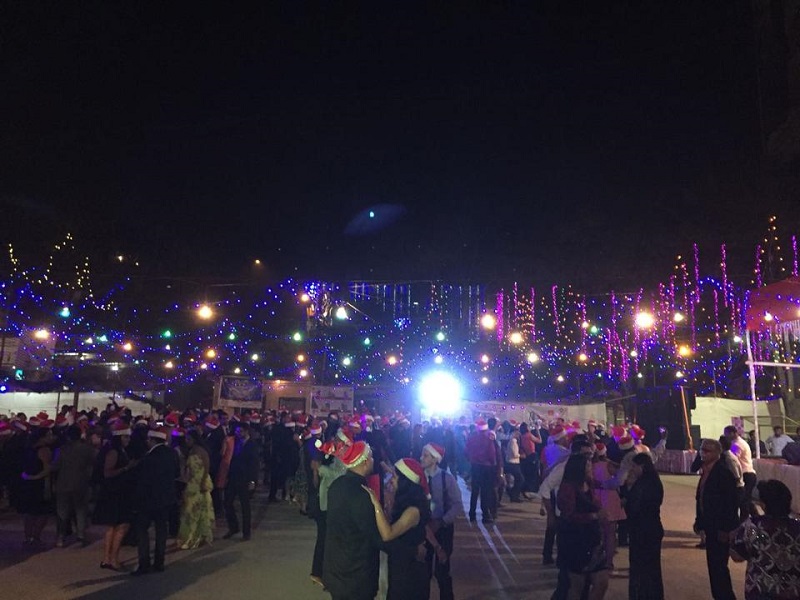 Catholics love their feasts and never miss an opportunity to have a big celebration, much like the 75th birthday celebration of Fr. Augustine or the ill-fated wedding celebration in Bombay Balchão. This has been the case since my childhood when come Bandra feast, family from all over Bombay would make their way to our house after paying a visit to Mount Mary Basilica.

The women gathering together to cook the wedding feast in Bombay Balchão brought back memories of storms of food being cooked up in my own house. Just like any other good Goan household, preparations for sorpotel would begin a week before the famous Bandra fair with the best cuts of meats being procured and diligently cut. Lunch would be a grand affair with sannas doused in the sorpotel and, of course, wedding pulao.

The aunties of Bandra heavily guard the family recipes of their sorpotel and vindaloo, constantly debating whether the East Indian style of preparation is better or the Goan. But, they all agree that the difference lies in those hands that prepare the dishes with love, just like Ellena’s attempts at making her mother’s prawn balchão, in the book, are only successful when she adds the secret ingredient of love. 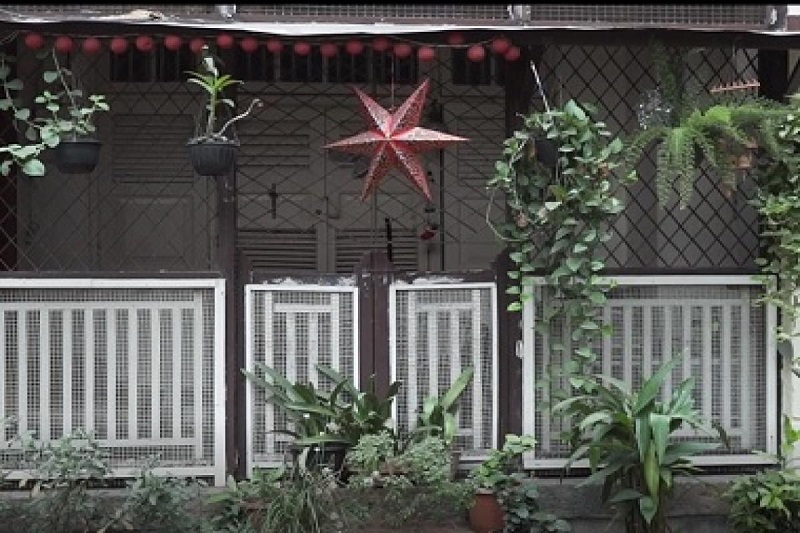 A Fitting Tribute To Cavel’s Communities

The architecture of Bombay, particularly in South Bombay and Bandra, has been heavily influenced by the Portuguese and the British. This is beautifully represented on the cover of Bombay Balchão. Borges has done for Cavel what Rohinton Mistry did for Firozsha Baag in Tales From Firozsha Baag – immortalised it and its residents.

As I walked along with Borges through the nooks and crannies of Bombay’s Catholic community, I picked up strains of familiar conversation from the ‘where men bugger?’ to the sly comments on the tiny waists of the pretty young things in church and the tales of Sunday being longer than Monday (i.e., when your petticoat slip is longer than your dress). Even today, as I walk through Chapel Road and Bazaar Road in Bandra, it is impossible for me to not be stopped at least once and asked, ‘How’s mummy-daddy?’ Or, get an updated dose of the freshest gossip.

Bombay Balchão has it all – a jilted lover who dies of a broken heart, a hot and steamy affair in the fish market, a bootlegger aunty, water problems in the building, and abundant mentions of fish curry, sorpotel and balchão.

The book had me nodding or laughing along all the way and made me want to further dig out stories of my own family history. It also had me craving for a jar of balchão and sorpotel throughout. Borges brought my childhood alive as she showed how much remained the same despite the times that keep changing.