How The Percy Jackson Books Convinced Me To Revisit Indian Mythology

What is it about magical and mythological stories that have us salivating all over them? The stories where one famed warrior goes against all odds and defeats evil, while throwing a few punches along the way? Maybe it’s the attraction towards something inconceivable, the craving for magic that is otherwise absent from plebeian life, or a way to remind ourselves that whatever happens, good will always triumph over evil.

For aeons, the older generation has been imparting wisdom and morals to the younger generation through these stories, with the myth and magic only adding to the excitement. Unfortunately, as we grow older, we begin to grow tired of them, ignoring them in favour of more violent and thrilling tales. But time and time again, authors like Rick Riordan renew our interest in these myths with their vivid and imaginative narrations, using Greek, Roman and Norse mythology. For me, Riordan, or more accurately, Percy Jackson played a huge part in renewing my interest in Indian mythology, which I had neglected for a long time, dismissing it as preachy and hoaxical. 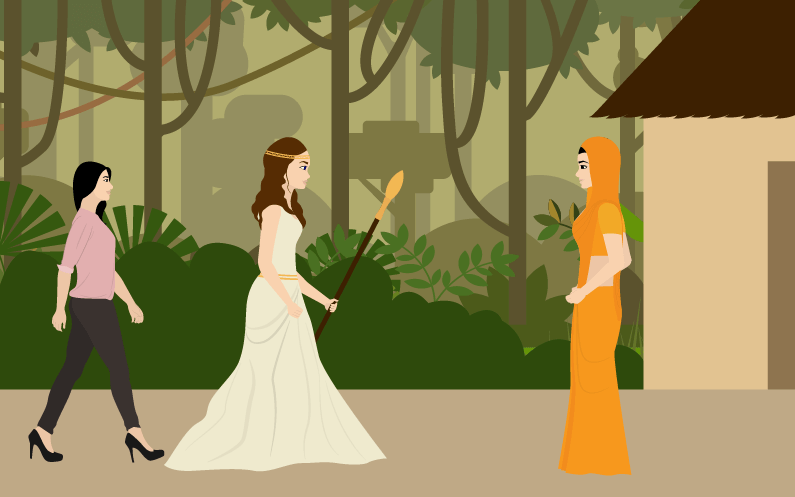 Growing up, series like Harry Potter, with their magical and supernatural themes fascinated me. The magical elements, secret worlds where anything is possible, wizards and warriors always captivate the young mind, and I was no exception. When I was 16, a new series was making a splash in the literature world, one by Rick Riordan. His protagonist was Percy Jackson, a 12-year-old kid who learns he’s a demigod (half-god, half-human). He enters a camp for demigods, begins a series of adventures and meets many Greek Gods and heroes along the way. Being the perfect combination of myth and magic, I was instantly hooked and began scrounging through history books and the Internet for all things Greek mythology.

I was fascinated with how Riordan had seamlessly blended old myths with the modern world, and managed to bring out the history buff in me. When Percy learns about the Big Three Gods (Zeus, Poseidon and Hades) in Percy Jackson And The Lightning Thief, I thought, wait, where have I heard something similar before? And then I remembered –Brahma, Vishnu and Shiva – the Big Three of Hindu Mythology! Having been forced to sit through endless hours of teachings and Sanskrit verses telling stories of these gods, I was reluctant to read Indian mythology, but this small tidbit managed to convince me to rediscover Indian myths.

Immediately, I began going through the books in the public library for stories of the ‘Big Three’, and was surprised to learn that Greek mythology was very similar to Hindu myths. There were tales of Shiva’s vengeance (similar to those of Zeus and his legendary anger) and Vishnu’s reincarnations (similar to Greek Gods appearing in disguises). I learnt of  the various ways the ‘Big Three’ played a part in the biggest Indian mythological tales –Ramayana and Mahabharata. 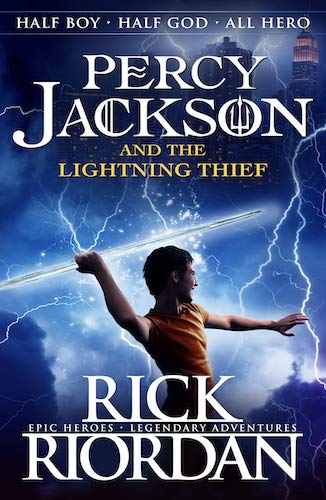 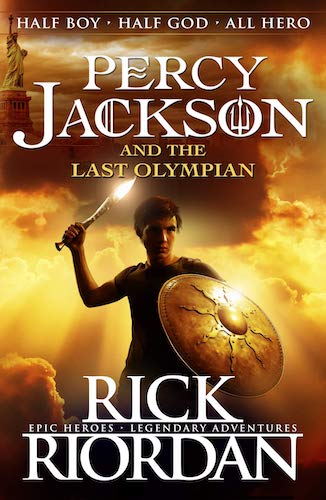 In the series, Luke Castellan, the son of Hermes, grows resentful of the Gods and joins forces with the evil Titan Kronos. In the end, though, he sees the havoc Kronos unleashes and makes a choice to embrace the goodness within him. He manages to change the course of the world and help Percy win. In the end, Luke Castellan was not a villain, but a hero who sacrificed his life for the greater good. Such grey characters portray the inherent battle of wills that most of us go through, and bring another level of pragmatism to the stories. I was curious to learn if Indian mythology also had such morally ambiguous characters.

In my search, I came across Karna, the illegitimate son of Kunti and Suryadeva. Luke Castellan and Karna had a lot in common –they were both demigods, victims of impossible circumstances, and both had tough choices to make. The stories I heard in my childhood always painted Karna as the villain, but when I read Mrityunjay and Radheya, they showed me a very different side to Karna. As kids, we were taught that there is only good or evil, but the truth is there is good and evil in every one of us. What matters is the choice we make, and Karna’s story in these books opened my eyes to it. I had previously assumed that Indian mythology was pretty biased at labelling people as inherently good or bad, but the authors of these books showed me that I had layers of mythology yet to uncover.

The Ultimate Battle Of Good Vs. Evil

Percy Jackson is ultimately about the triumph of good over evil, a theme that is the cornerstone of our mythology as well. with  However, the thing that stayed with me was that it did not preach about the advantages of being inherently good; instead, it showed us the advantages of it through anecdotes and examples. The added world- building based on Greek mythology was a dream come true for a fantasy geek, and I was sure that such an interesting tale cannot be found in Indian mythology.

However, one of my friends suggested that I look at stories from The Mahabharata and showed me that it has elements similar to those in Percy Jackson – doomsday prophecies, sage teachers, gods for basically everything and the same gods using humans as a pawn for their whims. When I started reading it, I was fascinated at how prophecies from aeons ago came together to dictate fate and how teachers trained heroes and even fought besides them. Even the battle of Kurukshetra reminded me of the battle of Olympus from Percy Jackson And The Last Olympian and how every character has an interconnected destiny.

I learned how a cursed Bhishma met his end at the hands of a woman on the battlefield, how Guru Dronacharya taught both Kauravas and Pandavas but eventually chose to side with the Kauravas, and how Krishna and the other gods used humans in a war that cost millions of lives. I learned that there were gods of wind, fire, sun, prosperity, wisdom, beauty and vengeance, similar to those in Greek mythologies, and was relieved that we weren’t the only ones with an endless number of gods. 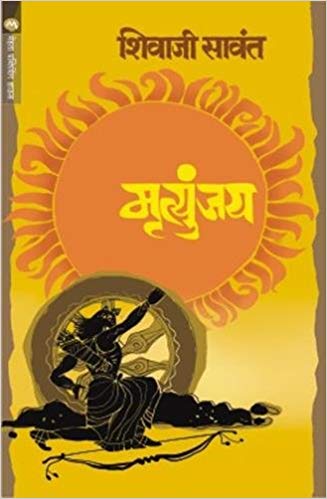 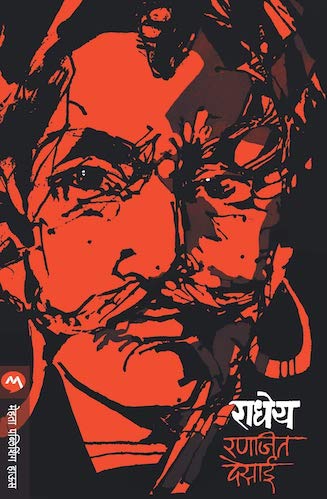 In the Percy Jackson books, Athena, Annabeth, Clarisse and countless other female warriors and goddesses were both deadly and awe-inspiring. At no time was their fierceness questioned, or looked down upon, and the teenage girl in me was delighted about it. We have Annabeth, the fierce daughter of Athena; Thalia, a Hunter of Artemis; Clarrise, daughter of Mars – all formidable warriors who use their wit and skills to fight the Titans. There is the goddess Athena, who rivals Poseidon in battle strategies and  Percy fears more than Dionysus (the god who is extremely dangerous when provoked). These women in the Percy Jackson universe are celebrated, and are independent creatures who are treated with the respect they deserve. Curious to see how Indian mythology treats women, I eagerly set about reading short stories from Ramayana and Mahabaharata. My enthusiasm, however, was short-lived as Indian mythology came up short in giving women their due.

While it did boast of powerful goddesses like Kali, Durga, and Sita, I was disheartened to learn that mythical female figures in Indian mythology are treated the same as today’s women, worshipped as goddesses but not given due respect. I learned about Draupadi, gambled away by her husbands as if she was property and abused while her husbands quietly looked on; and of Sita, who had to walk through fire to prove her “purity”.

I was saddened, but when I came across modern retellings like Volga’s The Liberation Of Sita and Chitra Banerjee Divakaruni’s The Palace Of Illusions and The Forest Of Enchantment, I was heartened to learn that female authors had taken it upon themselves to not only give  these mythological figures a chance to tell their stories but also the ending they deserved. 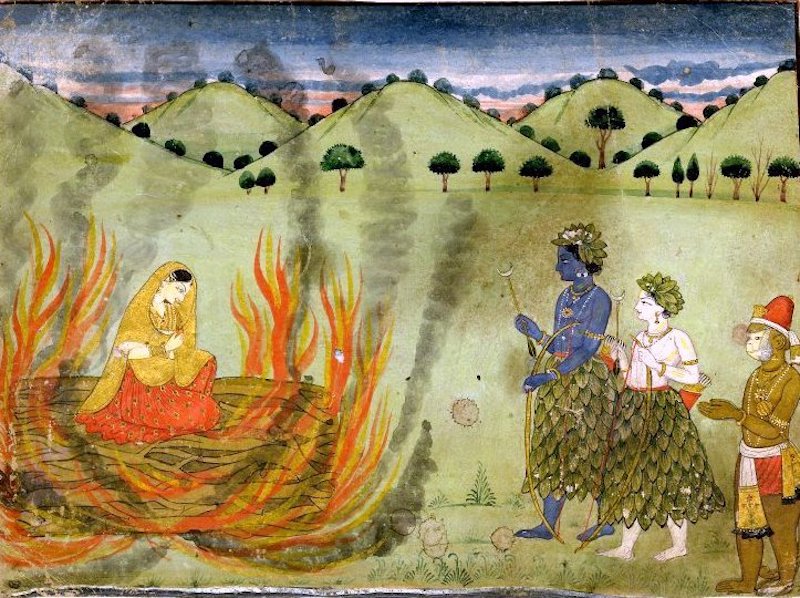 Looking back, I am very grateful that I read Rick Riordan’s fascinating world of mythology because it helped me appreciate Indian mythology a lot more. I used to be fascinated with myths and folklores of other countries, not knowing that a treasure trove of stories lay in my backyard. Percy Jackson’s similarities with our myths helped me recognise that there is magic in every culture, and that we should always read more of it to uncover the layers of morals it can teach us. Initially, I used to be sceptical of reading our ancient myths, as I thought them to be nothing but boring lectures on karma and goodwill, but now I understand that they contain valuable lessons that are relevant even today. The wisdom they impart only adds to my life, and the credit goes to a 12-year-old boy from New York. 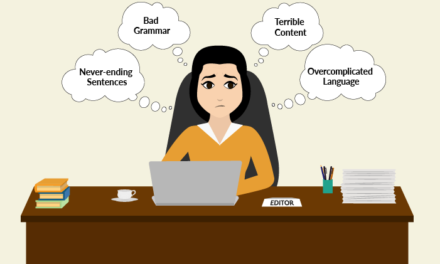 Why I Think A Wrinkle In Time Is Overrated 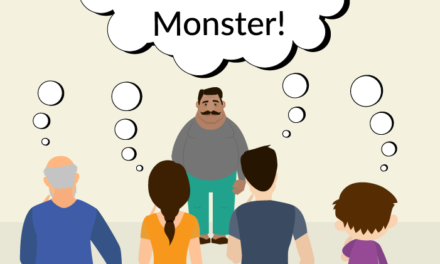 The Problem With Monster Stereotypes In Literature 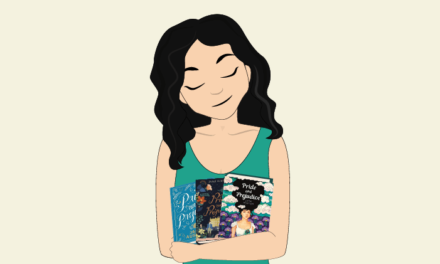 Why We Buy Multiple Copies Of The Same Book