Why There Is No Correct Formula For Organising Your Personal Library 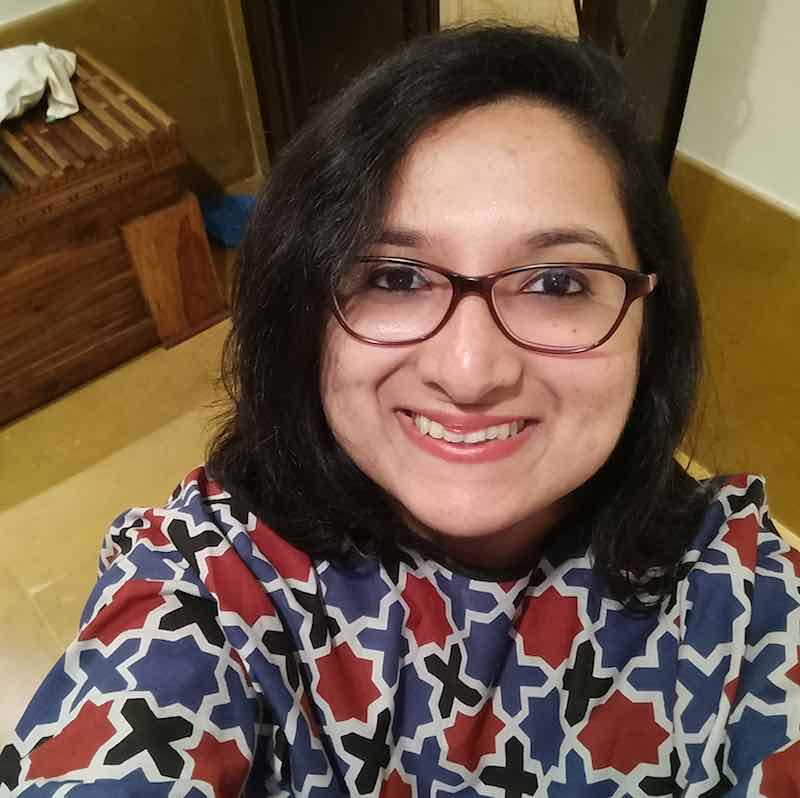 Cleaning my personal library is a task. My mother-in-law looks at the sea of books and tries to come to my rescue.

“Can I help you put the books back? It will be faster,” she says with love.

Five years on, my family has learned to leave me alone every time I clean my personal library. God bless them for that for I have a no-touch rule. Even if one book is moved, I’d know. It’s a sixth sense; an out of body experience. 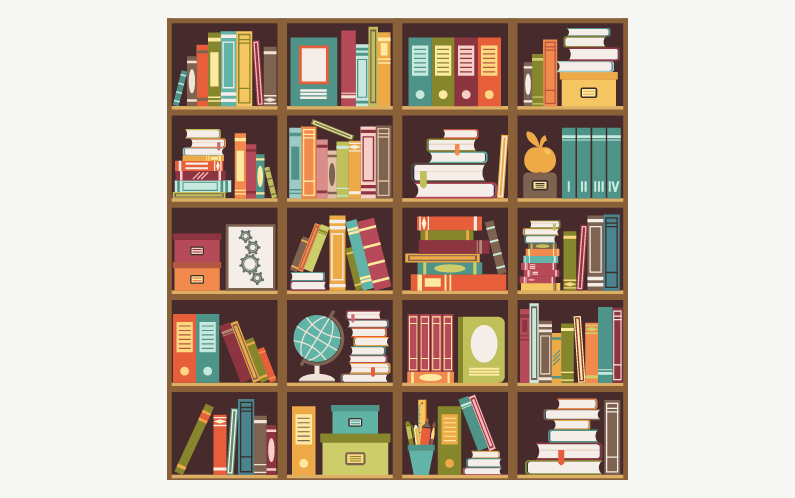 Interestingly, Aakar Patel, columnist and journalist, found the need to move cities from Mumbai to Bangalore to be able to afford a house big enough to accommodate his collection of 7,000-odd books. Today, his collection is lodged in various places around the house, but are mostly in a study lined with bookcases and in his office.

“My shelving is eccentric. For example, all the Penguin Black Classics are stacked together in one case- some 500 volumes ranging from Plato to Sarojini Naidu. I find it easier to locate them that way. Another bookcase only has Oxford University Press books that I can identify by their spine. There are also more regular arrangements. I have two cases in the living room that only have biographies and autobiographies.”

Unlike me with my no-touch rule, Patel is grateful that someone cleans his shelves. “It doesn’t matter to me that things get dislocated. Indeed, there is a greater chance that I will come across something if it is not in its regular place. The cleaning lady is illiterate and sometimes stands books on their spine the wrong way up. That irritates me a little but it affords me the chance to invert the book, and in so doing I think about when I will read it,” he concludes. 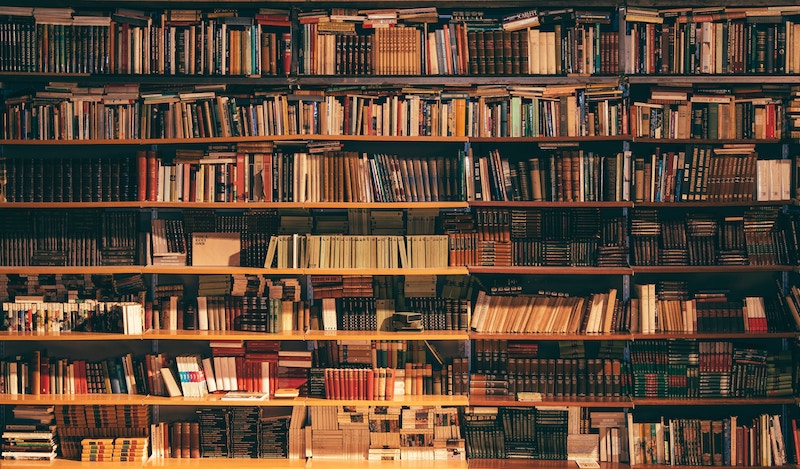 
My stacking method, to an outsider, is lame – jumbled authors, jumbled genres. But there is a method to the madness. I stack my books according to what they stir in me. Thus, making it easier to curate a rack depending on my mood. For example, in my library, The Tao Of Pooh and The Te Of Piglet, an excellent explanation of Taoism by Benjamin Hoff, sit in the company of Emily Dickinson’s poems because they are my guiding lights, my mentors.

The no-brainer stacks begin with the Ernest Hemingway section topped by my torn copy of A Moveable Feast that I love to smell again and again- almost as if a Parisian breeze and whiff of rain wafts from between the pages. There’s a paragraph in the book I turn to often:
‘You expected to be sad in the fall. Part of you died each year when the leaves fell from the trees and their branches were bare against the wind and the cold, wintery light. But you knew there would always be the spring, as you knew the river would flow again after it was frozen. When the cold rains kept on and killed the spring, it was as though a young person died for no reason.’

In the Classics stack, I spy Sidney Carter confessing his love to Lucie Manette in A Tale Of Two Cities, Holly Golightly downing “one-half vodka, one-half gin, no vermouth” in Breakfast At Tiffany’s and Anton Chekov’s hallucinating characters wreaking havoc in A Nervous Breakdown.

Then, you come to the arty rack – there’s Van Gogh in Lust For Life and Paul Gauguin giving up family life and fleeing to Paris at the age of 41 to immerse himself in art in The Moon And Sixpence. And then, you have both these Post-Impressionist artists bringing the house down with their altercations in The Yellow House, which I picked up from Tate Modern in London. 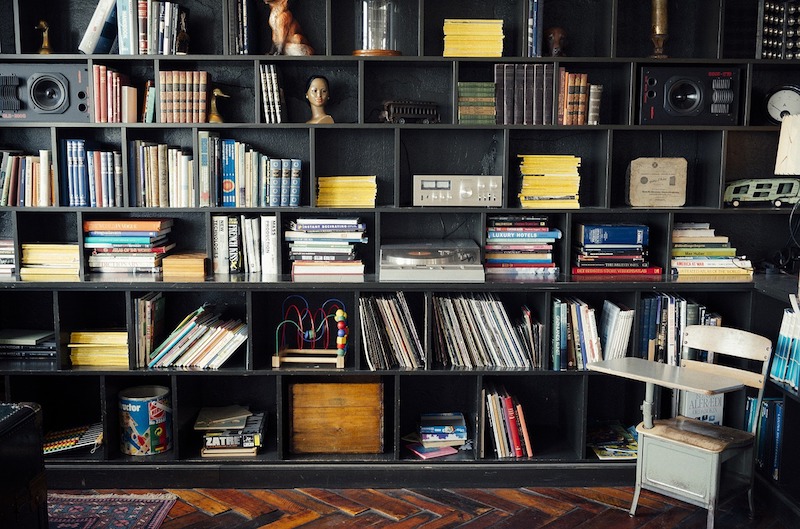 Then comes the mouth-watering food corner – from Anthony Bourdain’s Kitchen Confidential sharing tips to the recent entry, The Landour Cookbook – One Hundred Years Of Hillside Cooking by Ruskin Bond and Ganesh Saili. I am looking forward to cooking these recipes.

A title I really enjoy is The Edible Atlas – Around The World In 39 Cuisines by Mina Holland. She takes the reader on a tasty journey across the world stopping at the Rhone Valley in France for some Syrah, Shakshuka in Tel Aviv and tortillas in Madrid. A travel and recipe book, this one is a dear find.

But there are some books, or authors I need to see upfront – Vikram Seth’s From Heaven Lake, transports me to the hills, just the way Salim Ali’s The Book Of Indian Birds helps me identify birds after a trip. Some books, just by having their spines in view make me smile, such as, two titles by Swede author Jonas Jonasson – The Girl Who Saved The King Of Sweden and The Hundred-Year-Old Man Who Climbed Out Of The Window And Disappeared. Hilarious, witty and heart-warming, they are my go-to books when I am feeling blue. 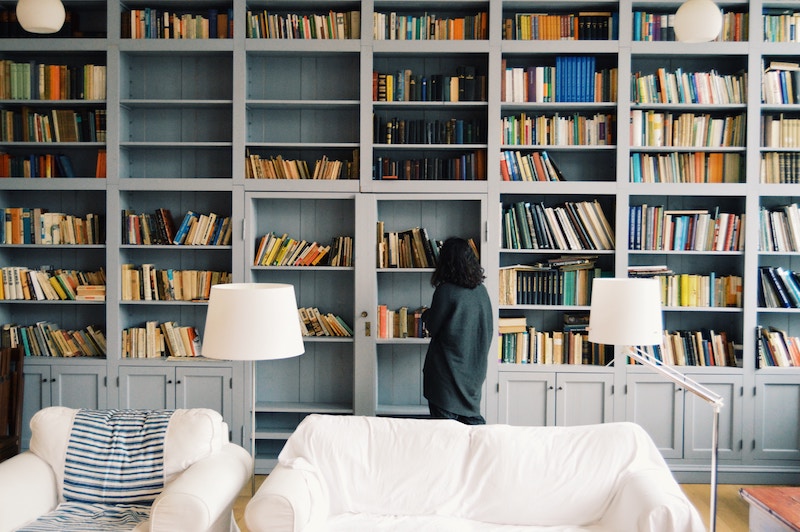 There’s no real formula for how to organise and catalogue your personal library. You just have to make sure you can remember where each one sits. It’s a lot like seating guests at a dinner table, ensuring they are in good company and can hold a conversation with each other.

Every time I clean my library, I reset the table, making room for new invitees. It takes even longer to wrap up the cleaning because each book stirs a memory, slipping you into a trance of thoughts. Because as I turn the pages, I find a familiar marking or a dog-eared page. Sometimes, I find a tissue paper with my thoughts scribbled on them, and sometimes, I find a note that makes me cry. And then, I hug the book and weep my heart out.

Phorum Dalal is a Mumbai-based food, travel and lifestyle journalist.