How Muslim YA Fiction Changed My Perspective On Diversity In Literature 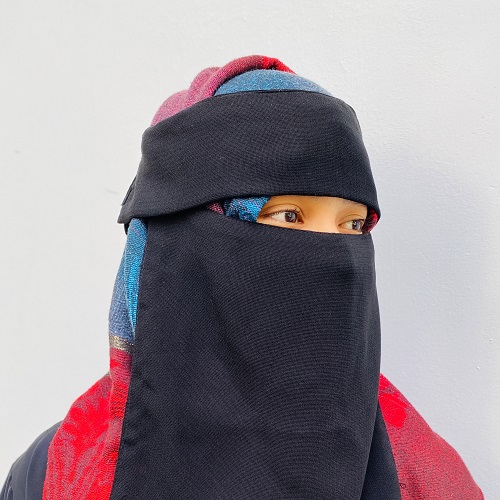 I​ began my reading journey during an uneventful summer vacation in my sixth grade. Left alone with nothing to do, I resorted to reading the small stack of books in my uncle’s room. These were mostly Malayalam translations of popular classics – The Adventures Of Tom Sawyer, Gulliver’s Travels, The Count Of Monte Cristo, Around The World In 80 Days, and others.

The rest of my childhood was filled with books set in the U.S.A. and the U.K. I read Goosebumps, Famous Five, Malory Towers, The Twins At St. Clare’s. I enjoyed learning about children and teenagers from around the world – the bullying they faced, their education system, and the unimaginable freedom they had in their non-conservative society, all of which was new to me.

As a result, my earliest impression of books revolved around white people having adventures in foreign lands. This made me believe that such escapades weren’t meant for people like me – coloured, Indian or Muslim. And while I wondered about the lack of books about people like me, I continued to read what was available, moulding my young mind to the small world of books I was exposed to.

Back then, if you had offered me a book set in India, I wouldn’t have spared it a second glance. What was the point in reading stories set in my country? Why would I read about native people when there were so many other exotic lands and people to read about? It took me a long time to get used to the idea of diversity in books, simply because the younger me had never had the chance to see myself represented. 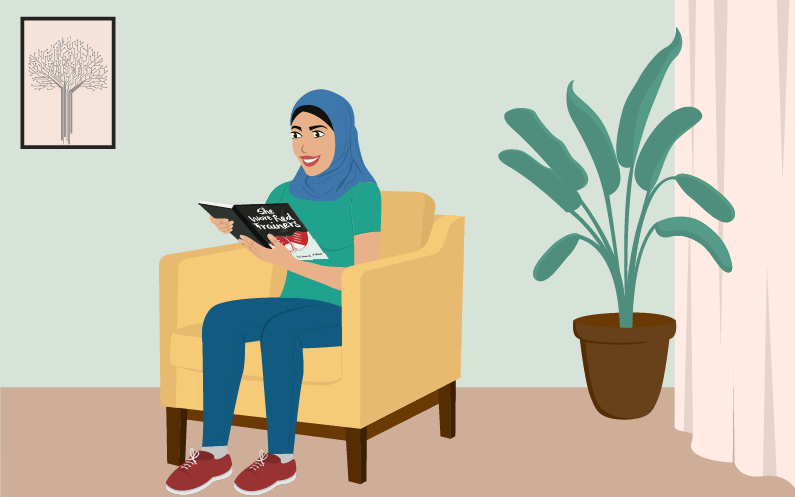 Discovering The World Of YA Books

It was only when I began reading the Harry Potter series that I was shaken out of my comfortable reading bubble. While the wonderful books didn’t change my mind on diversity, they were a turning point for me. Not only did the books open up a new realm of possibility within the YA genre, I also saw, for the very first time, two different worlds mingling. Not fantasy and reality, but rather, Asia and the rest of the world.

As absurd as it might sound, finding names like Cho Chang, Parvati and Padma Patil in such an exotic setting planted the first seed of representation in my mind. I knew Indian authors existed – I’d read Chetan Bhagat, Nikita Singh, and the like. But it was only with Harry Potter that I realised the very real possibility of the world I lived in coexisting with the ones in books, and that maybe we weren’t all that different from white people.

This realisation made me explore a slew of YA books. From John Green to Markus Zusak, Suzanne Collins to Veronica Roth, I read most of the books the Internet recommended to me. But it was only when I read Jenny Han’s To All The Boys I’ve Loved Before that I encountered another instance of representation in global literature via the half-Korean protagonist and the references to Korean culture. While this was a nice and different reading experience, I couldn’t identify with it enough to appreciate the importance of the representation.

It was around the same time that the conversation around the lack of diversity in literature, particularly in YA books, gained traction. Following this conversation became a game-changer for me as I came across others sharing their experiences of finding books that represented them.

As a result, I read Sherman Alexie’s The Absolutely True Diary Of A Part–Time Indian. Discussing themes like racism, poverty, and homosexuality through the eyes of a Native American boy, it helped me see the heterogeneity that existed in places I’d previously considered ‘white’. And I finally realised how books could work as a portal to the lives of people from other races, nationalities, lifestyles, and ways of thinking. 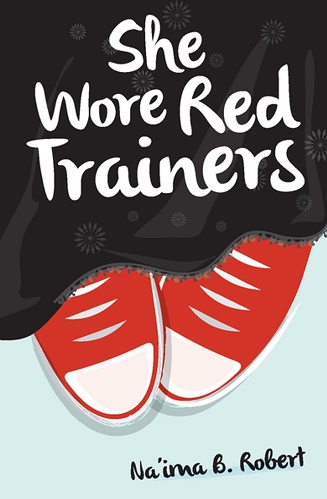 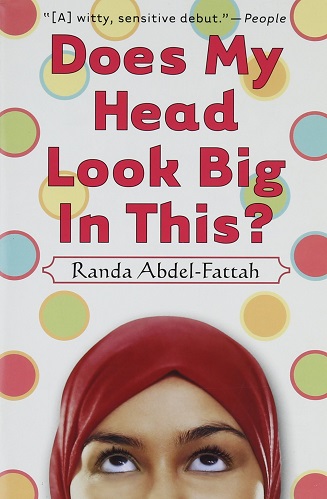 As I further explored diversity in literature, I looked for YA books with Muslim characters. I wanted to read books with protagonists who believed in God, wore a hijab, or prayed five times a day. This felt like such an impossible checklist that I never thought any book would tick off any box, let alone all.

The first book to tick off this checklist was Na’ima B. Robert’s She Wore Red Trainers, a YA romance with two Muslim protagonists, Ali and Amirah. I was stunned to find a niqabi author’s picture on the cover. What followed was the purest and most surreal reading experience of my entire life since it felt like someone had grabbed my thoughts and put them on paper. I found myself relating to Amirah who dressed like me, shared my beliefs, and had similar interests in art, despite living thousands of miles away in England. She was an ordinary teen with a story that mattered, and one I could identify with. The book made me realise that I wasn’t alone in being an insecure Muslim artist who was also comfortable with her identity.

This realisation opened up a well of possibility and understanding for me. No book had ever shown me how normal and okay it was to be myself. She Wore Red Trainers taught me that there was a space for literature that reflected my own experiences and that I was no longer an outsider who was forced to be content with stories that were enjoyable, but difficult to identify with.

I quickly found out about the other Muslim YA authors who were writing the kind of stories I was keen on reading. Authors like S.K Ali, Na’ima B. Robert, Randa Abdel-Fattah and others became the ones whose stories I consumed voraciously. At a time when the world was talking about veil-clad Muslim girls being oppressed and needy, these authors presented a different version of the same girls – those who embraced their identity, who weren’t run-of-the-mill characters, and who had a personality that wasn’t defined by the clothes they wore or the religion they followed.

Randa Abdel-Fattah’s Does My Head Look Big In This? gave me a peek into the life of an Australian Muslim teen who decides to wear a hijab while exploring the impact of this decision on her life following the 9/11 attacks. Na’ima B. Robert’s Boy Vs. Girl, set during the holy month of Ramadan, walked me through the lives of a brother and a sister as they struggled to embrace their identity among their non-Muslim friends.

Books like Ten Things I Hate About Me, and Saints And Misfits presented ordinary Muslim teenage lives with many relatable elements that made them dear to me. While these books weren’t exactly similar to my own experiences, nor were they as relatable as She Wore Red Trainers, each book helped me learn about the different experiences members of the Muslim diaspora faced, how they dealt with issues of identity and religious bias, while also accurately representing Islam. 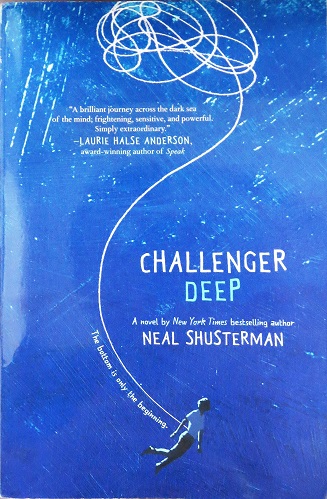 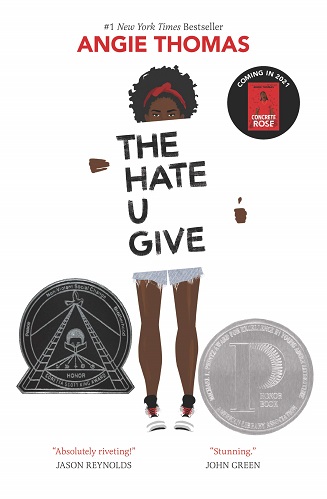 Seeing Diversity In A New Light

Reading these books made me realise that diverse representation was a real possibility in literature. No matter what your experiences might have been, no matter where you might be in the world, somewhere, somebody has written about you.

I also started to see the experiences of others in a new light and began reading literature that explored the lives of different communities, people with mental health problems, and others. Be it reading about schizophrenia in Neal Shusterman’s Challenger Deep, autism in The Boy Who Steals Houses, or racial discrimination in The Hate You Give, it was enlightening to learn about the diverse experiences of people that otherwise go unnoticed.

Today, I actively advocate reading different voices in literature. But there needs to be more. Yes, there are a bunch of Muslim authors and books with Muslim characters. Yes, there are many books with characters dealing with mental health problems or disabilities. Yes, Indian authors are more prominent these days. And yet, there isn’t enough.

What we need today is literature that explores an intersection of communities and experiences. I want to read about Indian Muslim characters who are dealing with mental health problems, or Indian Muslim characters who are disabled and come from abusive households. Until there are books that combine ethnicities and varying health conditions with real-life experiences, the literary world cannot call itself truly diverse.

An engineering student, Fuzaila has been reading ever since she discovered the magic of books at the age of 12. With a personality that has been shaped up majorly by books, she believes it to be a compliment when people call her eccentric. Her obsession for foreign lands and exotic cultures also has its roots in her reading habit. An aspiring designer and freelance writer, you'll always find her trying to come up with sensational ideas or learning new stuff. She also argues cake should be served along with every meal. You can follow her on Instagram.