The Problem With Mr. Darcy

Ihave a rather long list of favourite authors whose books I have reread several times over the years. One of my favourites is Jane Austen. I first came across her in the mid-1990s after I watched a BBC mini-series adaptation of Pride And Prejudice. Less than halfway through the book, I had fallen in love.

Mr. Darcy was my first official crush. (Don’t judge me. I was only 14.) As far as first crushes go, he was quite impressive. He was tall, handsome, quiet, brooding, and intelligent. He thought himself the master of his being until he was rendered powerless by love. He was humiliatingly rejected by Elizabeth Bennet and yet he changed for her – he changed because he realised he was wrong and he changed out of his love for her. If you have not read the book, I do not think that I am spoiling much when I say that Mr. Darcy got his lady love in the end and while he was at it, he also managed to get nearly every single female reader to fall in love with him. 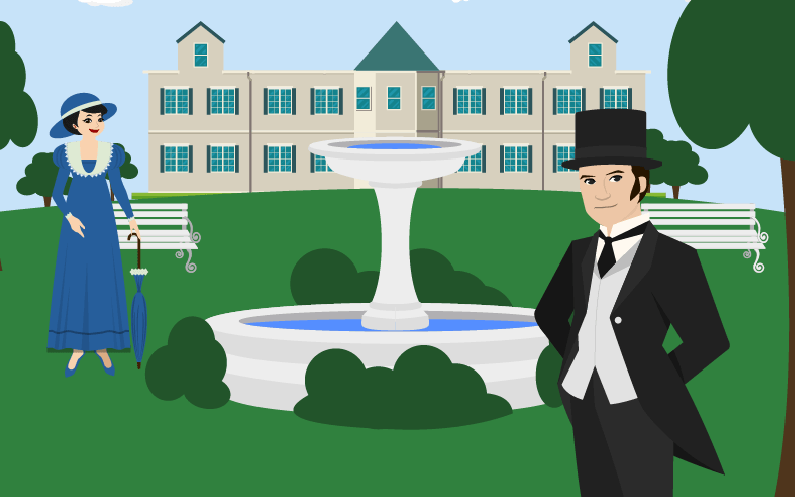 A few years ago, I was part of a small book club with a set of young teenage girls. Even though compared to Twilight or other YA romances, Pride And Prejudice seems dated, the girls watched the movie and ploughed through the book. They liked it even though it clearly did not have as significant an impact on their lives as it did on my adolescence. In retrospect, I am really glad it did not. I am realising now that Mr. Darcy should not be anyone’s romantic ideal (nor should Edward Cullen from Twilight). In my mid-30s and after several dozen re-reads, poor Mr. Darcy is finally losing his sheen, and here is why.

It all started with a recent conversation I had with a few young teenage girls. They were talking about boys as teenage girls are wont to do, and I was amused by the effervescent sparkle in their eye when they talked about particular boys they really liked although their voice seemed to indicate complete indifference. Having noticed that I was enjoying myself a little too much at their expense one girl said to me with a teasing smile – “Aunty, I can’t imagine you or my mom having a crush on anyone!” And while it was perhaps hard to imagine us “aunty” folk as ever having been adolescents, it seemed harder still for me to remember my real-life crushes when I was their age. Mr. Darcy seemed to eclipse all of them.

Later, as I thought about the various unrequited and undeclared crushes I had through my pathetic teenage existence, I noticed an unnerving trend. I seemed to consistently crush on fairly tall, intelligent, quiet, brooding boys who were also ill-mannered snobs. They were never “bad” boys. In fact, I seemed to always like the overly “superior” ones – the self-righteous stuck-up ones who looked down on people who liked Coldplay or who sneered at people who liked Bollywood movies – you know the type. There was clearly a particular type of boy who seemed to attract my attention… a distinctly Darcy-esque kind of guy.

As I write this, I feel like I am betraying Mr. Darcy by exposing him for what he truly is – a self-centred snob who had little interest in the world beyond those in his small little circle. But I also feel I have a duty to warn young female readers about him and the quiet way in which Darcy sneaks into our subconscious and controls the way we start choosing our mates – beware of a well-written book and a beautifully crafted character. At the same time, I feel Jane Austen should be given credit for her truthfulness. She warned us right from the start that Mr. Fitzwilliam Darcy was not a romantic ideal. 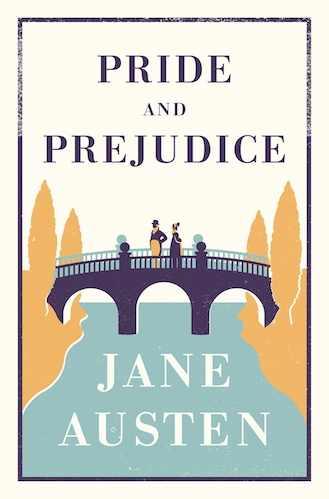 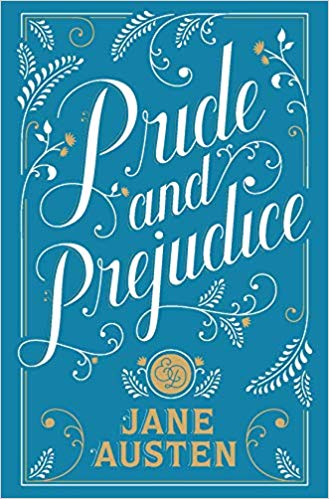 I first met Mr. Darcy, like Elizabeth, at the ball in Meryton. Mr. Bingley, the young and rich bachelor whom Mrs. Bennet and every mother with a marriageable daughter is waiting for, arrives with a small party comprising of his two sisters, his brother-in-law and the intriguing Mr. Darcy. “[…] Mr. Darcy soon drew the attention of the room by his fine, tall person, handsome features, noble mien; and the report which was in general circulation within five minutes after his entrance, of his having ten thousand a year. The gentlemen pronounced him to be a fine figure of a man, the ladies declared he was much handsomer than Mr. Bingley, and he was looked at with great admiration for about half the evening,” wrote Austen.

You can tell instantly that the hero has arrived even if you have not read the back of the book because of the attention Austen gives him and so you are easily forgiven if you do not notice how she further described him.

She continued, “… he was looked at with great admiration for about half the evening, till his manners gave a disgust which turned the tide of his popularity; for he was discovered to be proud, to be above his company, and above being pleased; and not all his large estate in Derbyshire could then save him from having a most forbidding, disagreeable countenance, and being unworthy to be compared with his friend.”

Austen is always honest, fierce and truthful about all her characters. She wrote flawed characters whom she made fun of while also managing to get us to love and cheer for them. And yet, she never reserved such a sharp introduction for any of her other heroes whose flaws she would allow us to discover for ourselves through the course of the story. Poor Mr. Darcy’s flaws are laid down before us from the very moment he comes on the scene. She frequently describes his look or manner as “cold” and while she keeps a little window open for us to watch Darcy fall slowly, unwillingly and irrevocably in love with Miss Bennet, she is almost constantly reminding us of his fatal flaws – from beginning to end.

(A still from Pride And Prejudice (2005) via Focus Features)

There are those out there who will unflaggingly defend their hero, as I am sure I would have once. They might argue that yes, he was a self-centred snob, but he explained himself. He openly admitted it to Elizabeth after she accepted his second proposal – “I have been a selfish being all my life, in practice, though not in principle. As a child, I was taught what was right, but I was not taught to correct my temper. I was given good principles, but left to follow them in pride and conceit… I was spoilt by my parents, who… allowed, encouraged, almost taught me to be selfish and overbearing, to care for none beyond my own family circle, to think meanly of all the rest of the world, to wish at least to think meanly of their sense and worth compared with my own. Such I was from eight to eight and twenty; and such I might still have been but for you, dearest, loveliest Elizabeth!”

Once these words made my heart flutter. There was something admirable in that kind of honesty and vulnerability. And boy, how I longed to be Elizabeth who was credited with such a great transformation. Except, I grew up and when I read it now, I remember an interview with Maya Angelou where she said: “When someone shows you who they are, believe them the first time.” Darcy admits to his selfishness and instead of being a grown-up about it and taking responsibility for it, he just blames his parents for not raising him better. And then, did he really change? Was Elizabeth successful in transforming him or was that just a line to woo her?

I don’t think he really changed at all. Even at the very end of the book, when Darcy is supposedly reformed and pursues Wickham and Lydia to get them married thus saving the Bennet family’s honour, he does not do it because it is the right thing to do. He does it only for Elizabeth whom he loves, illustrating his point about how he could “care for none beyond [his] own [family] circle”. While Elizabeth visited Pemberley, Darcy was all charm and smiles. A month or two later when he visits the Bennet home with Bingley, to encourage Bingley’s reunion with Jane, his manners do not seem much improved. He still seems to make everyone uncomfortable with his disposition. Elizabeth observed that he looked “serious” and much like his old self before she met him in Pemberley. Nothing had changed.

Poor cheerful, sociable Elizabeth – her future must have been full of anxious, awkward and uncomfortable family dinners where she must have been torn between worrying about how her mother might embarrass Mr. Darcy next or how Mr. Darcy might snub one of her family members. Not exactly the recipe for marital bliss, no? I cannot say that I envy her happily ever after. But I am worried -did I ruin Mr. Darcy for you? I hope not. 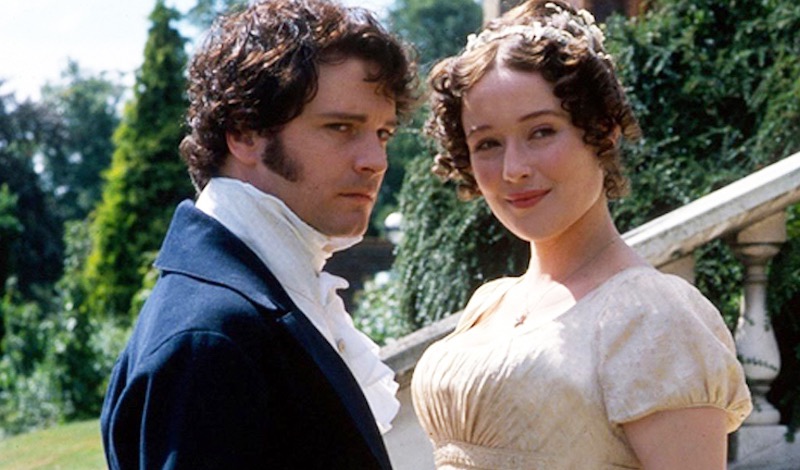 If you are looking for a more romantic hero to shift your affections upon – one who makes mistakes, learns from them, is ever loyal to his lover, is chivalrous, noble and rich – without a fatal flaw like self-centeredness, you might find all you are looking for in Captain Wentworth in Persuasion. The poor man was eclipsed by Darcy’s star power in the literary world, but do give the man a chance to prove his worth to you.