Why I Started Listening To Audiobooks (And You Should Too!)

To convert any paperback lover into an audiobook fan is tough – we are a stubborn bunch, who take pride in our paperbacks (sometimes hardcovers) and even rally against e-books at times. While we do acknowledge the benefits of audiobooks and e-books (portability, space-saving etc.), we also find it difficult to let go of the experience of reading a physical book.

When I was tasked with giving my impressions on what the experience of listening to audiobooks is like for someone who is obviously hesitant to listen to books instead of reading them, I naturally had some concerns.

I was curious to see how the transition from reading to listening would affect my love of books. Would I be able to keep up with the narration or would it affect my comprehension? What if I want to go back and re-listen to a certain passage just like I often go back and read a particularly hard-hitting line or paragraph? Will the audiobook be monotonous and bland like a commentary and put me off books forever, or would it actually enhance my experience?

I decided to give audiobooks a fair shot by experimenting with different genres, books, and narrators, so I don’t end up judging the entire experience by just one audiobook. I picked different genres, looked at regional literature, and even listened to the same book by different narrators. Armed with subscriptions to Audible and Storytel, I set off on my quest. 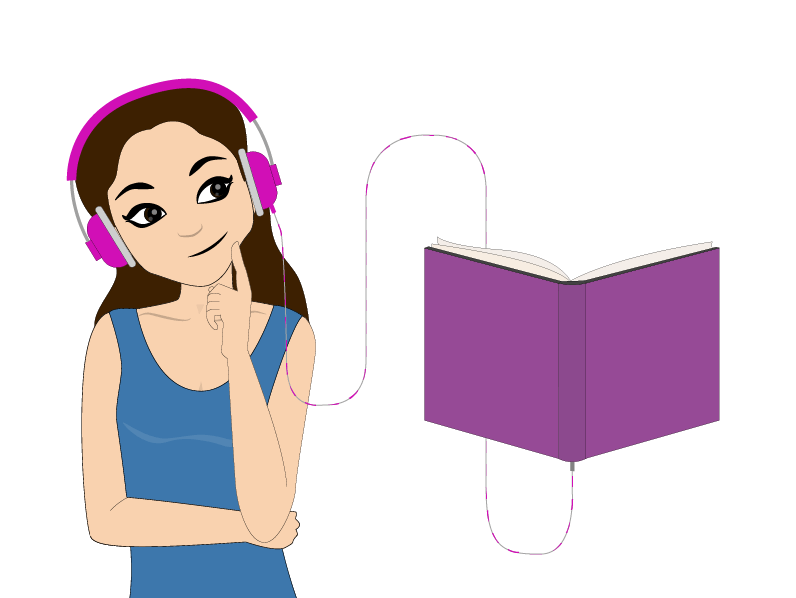 As I heard some audiobooks, I realised that the narrator is the most important part of any audiobook. If a story is narrated perfectly, it makes the book come alive. While recording, the narrator has to be careful about their tone, pausing at appropriate moments and stressing on certain words to truly bring the story to life. It was important for the narrator to capture the essence of the book, and set the tone of the book accordingly.

Venturing into the world of Harry Potter, I was obviously hoping to not be disappointed by a botched reading of my favourite books. However, the audiobook narrated by Stephen Fry blew me away and kept me hooked. Fry’s narration was enchanting! His pace and narration reminded me of my childhood days, as his voice was that of a caring grandfather. The timbre of his voice and his wry humorous British tone came together to create a phenomenal experience for all Harry Potter fans.

Contrast this with Narcopolis, narrated by Robertson Dean. Since the book is set in Mumbai, I was frankly expecting an Indian narrator, but I gave Dean a chance. However, his pronunciation of certain words like “Rupees” was off, and I cringed every time I heard them. This is a lesson that we should encourage more native narrators to record audiobooks as they have a greater experience with their own language, and it gives a more authentic feel to the book.

Going the comedy route, I listened to Good Omens, which was narrated by an entire cast. Oh, and what fun it turned out to be! As it was narrated by different people, I was instantly able to differentiate who was speaking, and most of the narrators managed to portray the characters’ personalities from their tone. And now the reason that made me listen to the entire audiobook – SOUND EFFECTS! Good Omens gave me squealing tires and exploding bombs, all of which enriched the experienced.

As I read, I tend to visualise the story– the people and their world. I wanted audiobooks to give me a similar result, if not better. One of my favourite Classics, Pride And Prejudice, was voiced by different people representing various characters. As I listened intently, the Victorian world came alive. Elizabeth Bennet danced away merrily, and the arrogance of Mr. Darcy was more noticeable once his (or rather, the narrator’s) voice took on a haughty tone.

As I had already seen the film Pride And Prejudice, I wondered if that had influenced me, so I decided to see if a different book had the same effect. Upon listening to Jeet Thayil’s Narcopolis, a book I had neither read nor seen earlier, I found that it was equally easy to visualise the story. As Robertson Dean began talking of opium dens, my mind began formulating an image, little by little, and I was able to enjoy the opium dens of Mumbai without actually ever having been to one. In fact, if the narrator is particularly good, it can actually make it easier to envision the world and characters of the book. 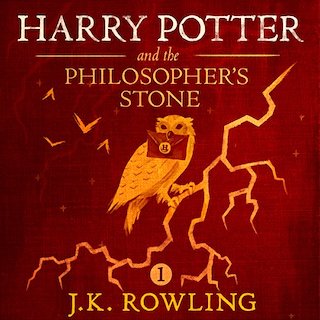 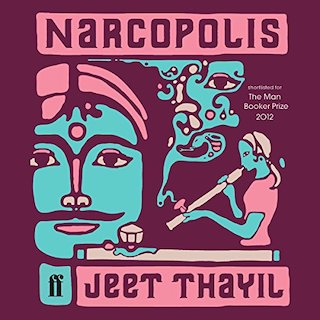 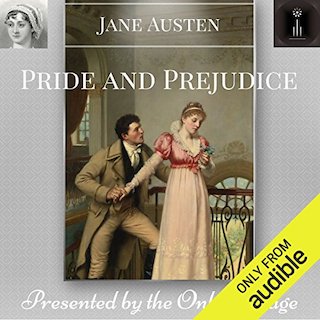 We grow up listening to and speaking in our vernacular language, and my experience with P. L. Deshpande’s Asa Mi Asami was an enjoyable one, as it was in Marathi, a language I understand and speak. Some people say that an author reading his own book is not always a good idea, but P.L. Deshpande is an exception to the rule. Hearing him narrate his book was a pleasure. His manner of speaking and his ability to bring even quirky and unusual characters to life only added to the charm.

Grasping English in a British accent, though, was an entirely different matter. In an increasingly connected world, we interact more and more with people from all around the world, and it is critical to become familiar with various accents so we can make sure we don’t misunderstand what someone else is saying. I found that audiobooks can help with this. Since I have difficulty in trying to understand the British accent, I decided to pick up Pride And Prejudice, this time by a single narrator, Rosamund Pike. As predicted, it was difficult to keep up with her accent, but once I became familiar with her voice and the pace, I was able to get a better grasp of her accent, and soon lost myself in the audiobook. I loved that audiobooks helped me improve my comprehension skills.

We read books because they give us a glimpse into thousands of lives – some real, some fictional. We learn of worlds and of various shades of humanity through books. Books make us live the characters’ lives and empathise with them. They make us feel something, and I wanted to see if I could achieve the same through audiobooks. I picked another Marathi audiobook, Mrutyunjay, which tells the story of Karna, who was vilified in Mahabharata. The narrators were a bunch of actors and actresses, and their soothing tones felt like they were urging me to listen to Karna’s side of the story without judging him. It gave me a glimpse into the life and anguish of Karna, making it easier for me to empathise with him. 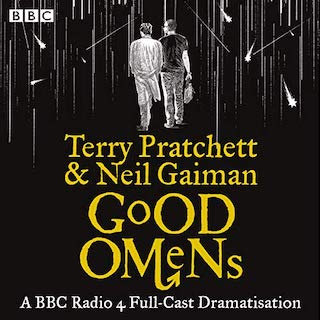 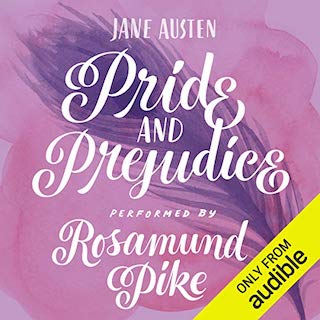 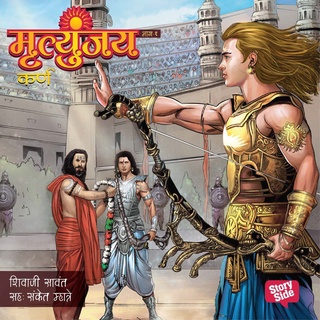 I expected audiobooks to require a lot more concentration than physical books, as it is easy to lose track of the story if your mind falters for even a moment. Sometimes the accent is hard to understand, as in the case of Pride And Prejudice, or the narrator speaks too fast. But once we get attuned to it, it does get easier and a lot more enjoyable. Both the Audible and Storytel apps were very helpful as they allowed me to adjust the speed of narration as per my needs. Audible gave me almost all the books I wanted, with options for different narrators for the same audiobook, but Storytel shines in the regional language department. Another nifty feature on both apps is the ability to bookmark a particularly compelling passage or line, so you can go back and listen to it.

I was pleasantly surprised at how much I enjoyed audiobooks. If you like listening to podcasts and watching videos while commuting, audiobooks are certainly a great addition as you can finish books on the go instead of having to lug books around. For audiobook newbies like me, who are still hesitant about dipping their toes in this new style of “reading”, I urge you to give audiobooks a chance. Maybe you will like them, maybe you won’t. Whatever the future holds for audiobooks, I, for one, am definitely looking forward to devouring more of them.