Separating The Art From The Artist: My Beef With J.K. Rowling

I like to believe that I am a good person, minus some faults. I vote, I am vocal about human rights, and I cannot stand racist, sexist, homophobic…. (you get the idea) people. Though I staunchly refuse to be associated with such people, the unfortunate problem is that there is no dearth of them. So, I turn towards books to cope and to escape. Books help me stay away from such (or any) people, but there is a fundamental flaw here. Books come from people. And sometimes, the people who write wonderful, ground-breaking books are problematic. This realisation made me wonder – what do I do in the face of this dilemma? Do I turn away from the only thing that gives me joy, do I ignore the problematic stance of my favourite authors, or do I settle for the grey area in between?

This dilemma stems from the recent controversy involving J.K. Rowling and her anti-trans tweets. But she’s not the only problematic favourite I have encountered over the past few years. Well-known authors like Orson Scott Card and Junot Díaz have also come under heavy fire for their homophobic statements and inappropriate behaviour respectively. This causes us, their readers, to suffer since it makes us question if we should continue reading their works or not.

This topic has been a point of deep discussion amongst Potterheads like me. Personally speaking, I find it difficult to go back to the literature of a favourite who’s proven to be problematic. So, what do we do when we realise that the brilliant minds that created our literary heroes are the ones whose actions are criminal, homophobic, or transphobic? 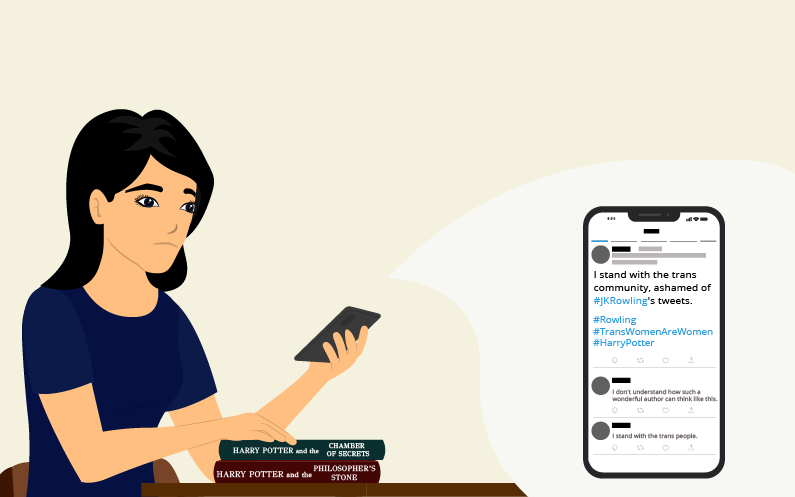 Harry Potter And The Trans Outburst

Like a lot of 90s kids, I grew up with Harry Potter. I waited (still wait) for my Hogwarts letter, and hoarded different editions of the books. The stories have shaped me, given me the strength and courage to be different, shown me that reading can save lives (thanks Hermione), and made me believe that there is magic in everything. These are the stories I’d return to whenever I’d feel lost or alone.

Then came the shocker in the form of several anti-trans tweets from Rowling. And I was stunned to realise that this wasn’t the first time she had voiced her anti-trans stance. I wasn’t alone in my shock. Many of her fans, including some from the trans community, felt equally cheated by the author of their beloved books.

However, I was torn over a question – should I continue reading her books? You see, I had a clear rule when it came to consuming the work of problematic artists – I simply didn’t. Case in point – Kevin Spacey and Woody Allen. Their work is phenomenal, but after the sexual assault allegations came to light, I just couldn’t bring myself to watch their films. Whenever I thought of giving it a try, I’d hear that voice in my head going ‘these men have sexually assaulted people, are you comfortable contributing to their finances?’

Unfortunately, reading Harry Potter brought that same voice to life. How was I supposed to accept Rowling, after knowing her transphobic views? Wouldn’t it be hypocritical of me to shun Allen and Spacey, but leave Rowling out just because I love her writing? Little by little, I could see the wizarding world fading away, leaving me with nothing but sadness at the loss of such an important part of my life. How would I ever pick up my beloved copy of Harry Potter And The Prisoner Of Azkaban now? Was I supposed to let go of Harry Potter entirely, or was there a way to hold on to it? 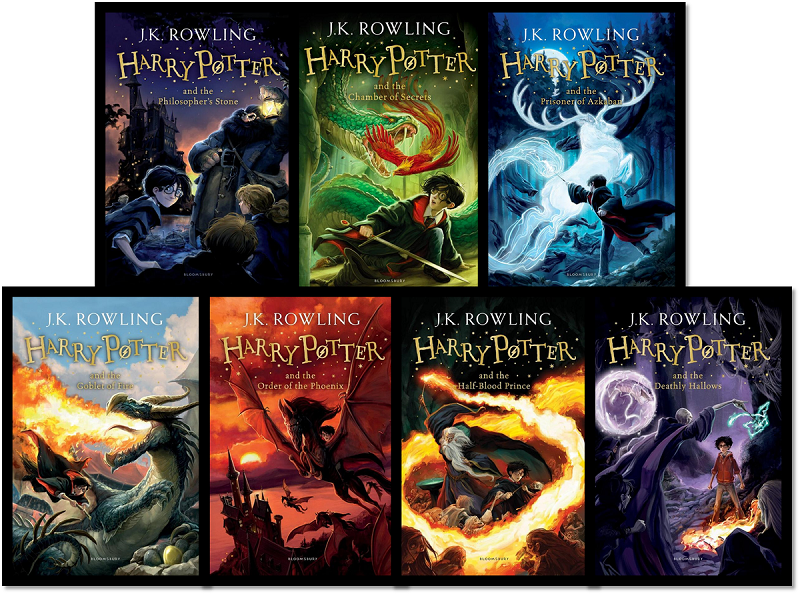 (Image via Confessions Of A Book Geek)

Separating The Art From The Author

Since I didn’t want to let go easily, I tried to find a way to read the books by separating the art from the author. Unfortunately, my mind was too stubborn to give in. I returned my pre-ordered special House edition copy of Harry Potter And The Order Of The Phoenix, and refused to let my friends buy me one. This wasn’t an easy decision, letting go of something I did not wish to part with. It was devastating, I won’t lie, and I was mad at Rowling for tainting something readers all over the world had loved and grown up with.

But out of the stormy clouds of despair came a ray of sunlight in the form of advice from Daniel Radcliffe, the actor who plays the titular role of Harry Potter in the eponymous movies. He posted the following message for all the fans who felt slighted by the author:

‘…To all the people who now feel that their experience of the books has been tarnished or diminished, I am deeply sorry for the pain these comments have caused you. I really hope that you don’t entirely lose what was valuable in these stories to you. If these books taught you that love is the strongest force in the universe, capable of overcoming anything; if they taught you that strength is found in diversity, and that dogmatic ideas of pureness lead to the oppression of vulnerable groups; if you believe that a particular character is trans, nonbinary, or gender fluid, or that they are gay or bisexual; if you found anything in these stories that resonated with you and helped you at any time in your life — then that is between you and the book that you read, and it is sacred. And in my opinion nobody can touch that…’

He had a point, didn’t he? Rowling could diminish my respect for her, but she could not take away what I had learnt from the books, and the courage I’d found in Harry Potter. She couldn’t take away my memories of reading the books, dreaming of Hogwarts, and understanding that bigotry would always be defeated. I realised that even though Rowling had failed me, and countless other fans around the world, Harry Potter had not.

Radcliffe’s statement definitely made it easier for me to hold on to the magic of the Harry Potter universe. It also helped that the original story arc was complete and all the books had been published. I was not going to contribute to Rowling’s wealth anymore. But would I have renounced Harry Potter if the controversy had happened before the release of these books? Would I have been as clear cut in my opinion as I am now? 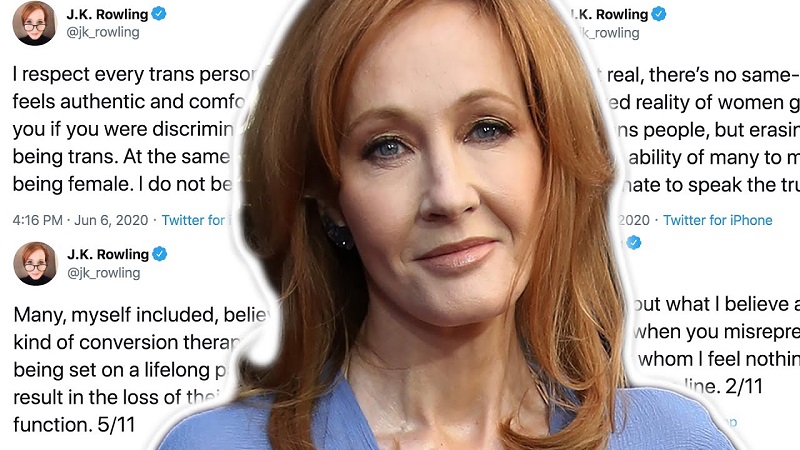 What would have happened if her anti-trans comments had come to light before the publication of Harry Potter And The Deathly Hallows? Would I have bowed down to my need to know how the story ends? This was not an easy question to answer, and my mind did go back and forth on the topic.

No matter how I examined this, I kept coming back to the same answer – I would have let it go. Yes, books are an inherent part of me. And yes, a part of me would have been sad about not reading the book. But standing up for what is right and against those who propagate hate and/or prejudice is more important.

Unfortunately, Rowling is not alone on this island of hate and prejudice. There are other authors, like Jay Asher of 13 Reasons Why, who behave in an untoward manner, or are homophobic or racist. To them, I say – keep your books and keep your stories. I am sure their works are splendid, but for me, the art flows through the artist, and I see them as one. Neither can survive without the other, so why shouldn’t they and their books be considered as one?

However, I welcome those authors who are willing to admit to their mistakes and show that they have learnt from them. After all, no human is without fault, and it is our ability to acknowledge our faults and attempt to be better that makes us good people. However, this needs to be asked – given that it’s 2020, do authors still need to be taught to not be homophobic or xenophobic? 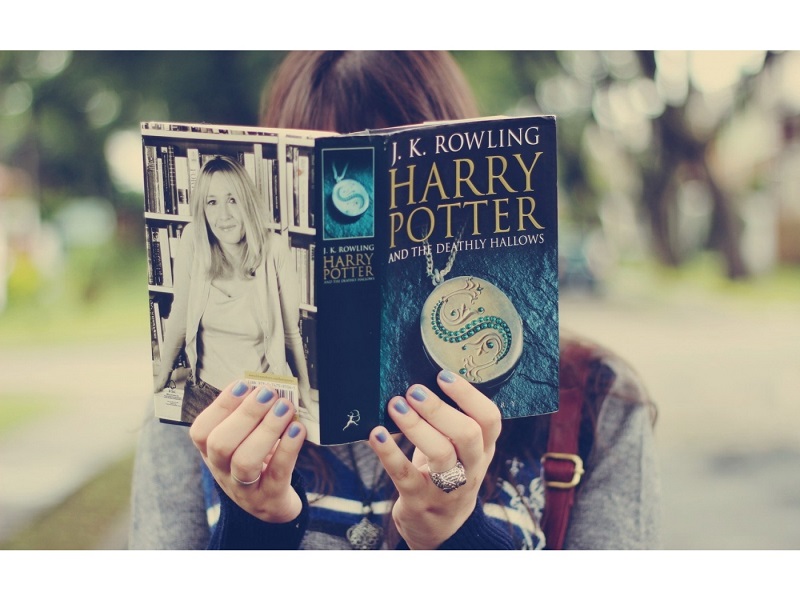 Is my world going to be void of everything to do with Harry Potter now? Absolutely not. I will cherish the books I already have. I will discuss it among my friends and spread the magic of the story that gave hope to millions. I will also be on the lookout for nonproblematic authors, so I can read and recommend them because people need to know that there are inclusive authors who write good stories that can be read without second-guessing our moral stand.

But most of all, I will be more mindful of an author’s actions, and discuss their views and their reasons without reaching a hasty conclusion. We need to acknowledge the problem with an author’s stance first, and then understand and discuss it, instead of blindly boycotting, or cancelling, them. This, in turn, helps us realise the difference between right and wrong, and ensures that we pass on this lesson to others to prevent them from succumbing to the same mistakes.