Ghosts Of Goosebumps Past: Growing Up In The 2000s With R.L. Stine 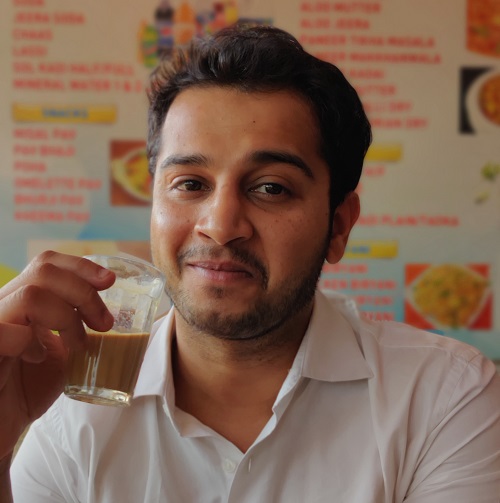 Back in 2004, my 8th grade crush gave me Goosebumps. Both in the literal and literary sense. When she handed the worn-out book to me, I was too shy to tell Pramita that I’d never, in my thirteen years of existence, finished a book before that.

So, there it was. R.L. Stine’s The Werewolf Of Fever Swamp, the first novel that I would read cover to cover. Blame it on the fact that I was eager to impress Pramita, but along with returning her copy, I also gifted her another Goosebumps edition, Night Of The Living Dummy. She accepted the book but didn’t reciprocate my feelings with the same gusto. And even though I proceeded to stay in Pramita’s friend zone for the entirety of our school days, I’m grateful for my first Goosebumps novel, which unknowingly helped sow the seeds of my reading habit. 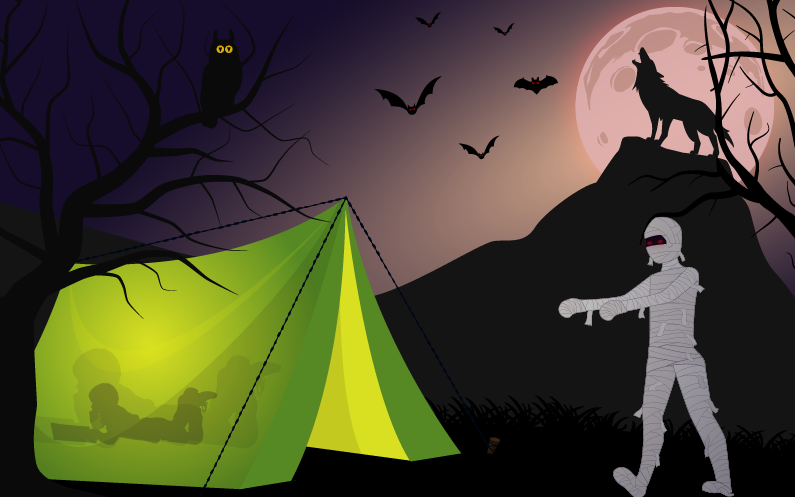 For those not in the know, R.L. Stine’s Goosebumps series remains the 2nd bestselling book series in history. With over 400 million copies, only J.K Rowling’s Harry Potter series can boast of more book sales. That such a well-rounded series of books hasn’t had a movie series do justice to its literary legacy is a modern-day travesty.

To put things in perspective, Stephanie Meyer’s Twilight series sold a meagre 120 million and Suzanne Collins’ Hunger Games trilogy managed to sell a paltry 26 million copies before being adapted successfully onto the silver screen. Both the Twilight and Hunger Games’ movie adaptations remain box office behemoths, boasting 9 films, over 6 billion USD in combined box office revenue, and merchandise sales that can rival the GDP of many a third world country. It’s even more baffling that a decent Goosebumps film franchise doesn’t exist when you consider that the mediocre-at-best It series has clocked in over a billion USD in box office receipts. Surely R.L. Stine’s masterpiece deserves better representation in Hollywood. 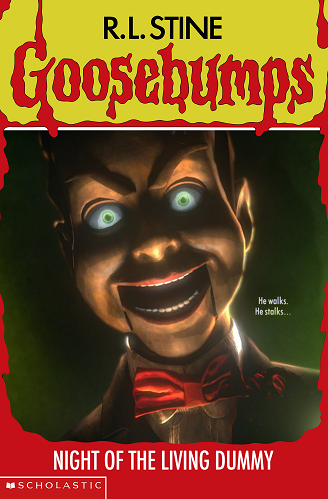 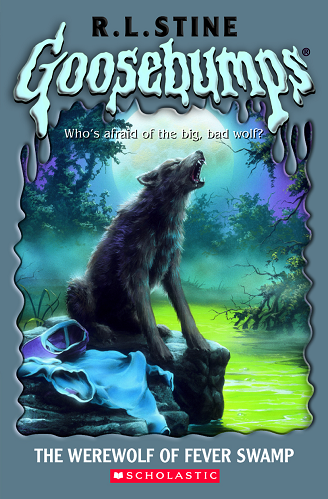 Skeletons Of My Boring Youth

But, perhaps it’s unfair to gauge the pop culture impact of a book series with whether they have a celebrated film franchise or not. Instead, let’s gauge on the basis of nostalgic value. Growing up in the rather drab early-2000s and attending an ICSE school in Juhu, Mumbai, my upbringing could be described as the epitome of vanilla suburban life. This conformity extended itself to the books I was given access to as well. Somewhere between the Ladybird Rapid Readers that I’d grown out of and the Tell Me Why books which worked better as paper weights, Goosebumps became my solace.

Much after Pramita had left school, I’d sneakily read pages from Welcome To The Wicked Wax Museum during assembly. In fact, that particular R.L. Stine novel was my first brush with a piece of fiction that offered readers multiple alternative endings. I know it might not seem path-breaking in today’s post-Bandersnatch world, but, back then, having that much control over the outcome of a book truly blew my mind. And, as a 12-year-old with no siblings and more imaginary friends than real ones, I felt more connected to Welcome To The Wicked Wax Museum than I did to anyone in real life.

I believe we all adopt a personality type for a time in our youth. Some become goths, some embrace nerd-hood and some become the cool kids. I was the horror dude. That quirky kid with a dark side that read Goosebumps and gleefully spoke of last night’s Courage The Cowardly Dog episode. In many ways, Goosebumps was my gateway to having a personality. It gave me an identity beyond being the lanky boy that sat alone on Class 8C’s second bench.

Growing up, my taste in books, much like most teens’ taste in music, was instrumental in shaping my personality. Just like there were the hipster kids who shrugged off the mainstream Enrique Iglesias and Avril Lavigne in favour of The Beatles and Pink Floyd, similarly, there were the rebels who gawked at the LOTR franchise and voraciously injected their impressionable minds with Kafka and Caitlin Kiernan. Among all this, I was usually the kid lying out of breath on the football field hoping to god the next period was cancelled so I could get some well-deserved time to finish Bride Of The Living Dummy.

Devoid of my TV privileges during my 10th standard board exams, I detested missing Hip Hip Hurray and Fox Kids. But then I took solace in hiding One Day At Horrorland inside my Physics textbook, giving my naive old pappa the impression that I was studying about light and the laws of reflection, when, in reality, I was reading about spooky mirrors and carnival ghouls. That’s my last real memory with a Goosebumps novel because I entered junior college the year after that, and, like most kids my age, my interest in pretty much everything literature-related began to dwindle. 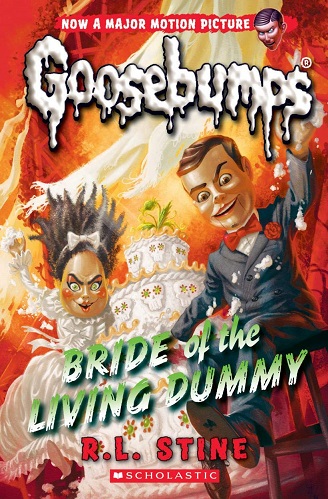 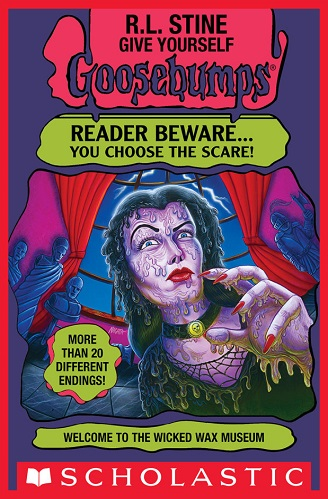 Ghosts Of Goosebumps Past

Cut to 2019, where my prized Goosebumps collection lay gathering dust in my attic. It wasn’t until six months ago, when my high-schooler nephew asked me if I had anything cool to read, that I began revisiting my old Goosebumps books. I’d be lying if I said that watching this floppy-haired teenager devour book after book from the series hasn’t taken me down memory lane. After each book he finishes, we discuss the plots and characters, and, if nothing else, compare notes on which lady-vixen we found the most attractive. It’s a weird uncle-nephew tradition but, nonetheless, one I’ve come to love.

And, as weird as this may sound, revisiting these books with my young nephew has, beyond anything else, taught me to be kinder. Perhaps it’s maturity or just plain hindsight, but I finally get what makes horror such a universally appealing genre. It isn’t the visceral jump scares in films like Annabelle or the nuanced psychological eeriness like in the Thai classic, Shutter. It’s the common feeling of wonder that it invokes in all of us. Much like it did to me a decade ago, and how it’s doing to my nephew today, the caricaturish ghouls from Goosebumps don’t just help us get a release from the mundaneness of everyday life; instead, embracing our love for them takes us a step closer to discovering who we really are.

(Image via The Atlantic)

The Spirit Lives On

For me, the beauty of the horror genre is that there’s virtually no end to the rabbit hole of variety you can spiral down once you get hooked. Goosebumps’ pulpy supernatural/teen horror genre made me curious about other genres. For a time, I even dabbled in some classic Stephen King novels and, much to the dismay of my peers, they never quite caught my fancy. However, H.P. Lovecraft’s weird fiction and horror fiction became works I have come to deeply admire since being introduced to them. For me, The Call Of Cthulhu, in particular, remains a seminal work of art in the cosmic horror space.

Similarly, I also owe most of my love for horror films and TV series to Goosebumps. If it weren’t for the headless spectres on haunted horses, hairy werewolves howling at the moon and wildly tentacled sea monsters, I’d have never developed my deep love for the Godzilla and Jaws series much later. Not to mention, binge-watched so many episodes of the Zee Horror Show, Aahat and Shhh…Koi Hai. And, if nothing else, I certainly owe a ton of gratitude to R.L Stine’s mummies, witches and werewolves for bringing my nephew and I closer together.

Apart from creating viral YouTube content, telling half-baked jokes at comedy shows and writing stories that lead to DMs like "Saale anti-national, u r ruining Indian culture", Jackie Thakkar's work has been carried extensively by publications like Arré,  BookMyShow and AOL. He tweets as @juvenile_jack and if you're still reading an author bio in 2019 instead of just Googling them, you're Jackie's favorite type of person!