From Treacle Pudding To Prawn Balchão: How Food And Literature Helped Shape My Identity

At the age of seven, I sat on Santa’s lap at a Christmas party and posed for a picture holding a very heavy present. I later unwrapped it to reveal two hardbound Enid Blyton books – The Little White Rabbit And Other Stories and The Ugly Old Scarecrow And Other Stories. They were the first two books that I devoured along with their descriptions of food that I longed to taste. Ten years later, at the age of 17, I unwrapped an Amazon parcel containing Arundhati Roy’s The God Of Small Things and savoured the descriptions of familiar food. More recently, now at the age of 22, I tucked into Bombay Balchão and Filomena’s Journeys by Jane Borges and Maria Aurora Couto respectively and binged on every last bit of food described.

I disagree with the saying ‘you are what you eat’. In my opinion, I am what I read. Each writer wrote descriptions of familiar and unfamiliar food that were states and continents apart, and yet, I could taste and experience things associated with them. The descriptions of food, the manner of consumption, the place of its production and the emotions evoked while eating in these books contributed to how I understood and perceived myself and the world around me. With every new description of food that I read in a book, the ‘chutneyfication’ of the ingredients of my identity increased. 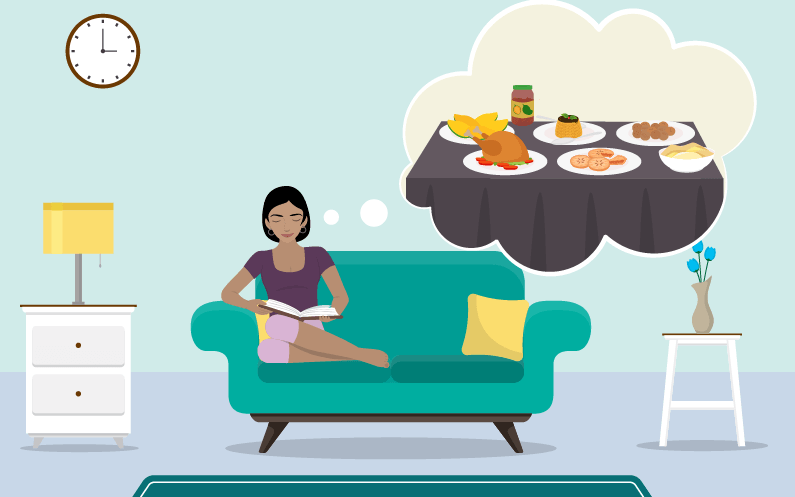 Pudding And Pie For A 7-Year-Old Child

As a seven-year-old, I believed that tea parties (and, by extension, meals) were a time for forgiveness, as indicated by Blyton in her Amelia Jane books, where all the toys put aside the naughty tricks played on them by Amelia Jane and invited her to tea. It taught me that  forgiveness comes in different shapes and forms. It needn’t be a verbal ‘sorry’, it could be an act of kindness, or simply caring about someone’s well-being.

As an eight-year-old, I thrilled at the prospect of getting caught reading about midnight feasts at St. Clare’s and Malory Towers while hidden under my blanket. And, if I was caught, the threat of being sent off to boarding school for being disobedient seemed more comforting than daunting! These books showed me that rules were meant to be broken (sometimes) in the pursuit of doing what you loved since a self-fulfilling experience could be equally or even more rewarding than being a stickler for rules at all times.

However, Roald Dahl and his Chocolate Factory helped me put down the unpleasant spoonful of medicine that my parents always administered after I was caught! Dahl, during my late childhood years, offered not only the tasty, but also the repulsive and the toxic. His warnings against gluttony were more dire, and therefore had more of an impact. Midnight feasts aside, the thought of turning blue like Violet, getting stuck up a pipe like Augustus Gloop, thrown down a garbage chute like Veruca Salt or squashed by a giant peach like Aunt Sponge from James And The Giant Peach taught me the importance of moderation. The BFG’s gentle reminder to eat your Snozzcumbers even though they’re ‘one extremely icky-poo veggitible’ because ‘veggitibles are very good for you!’ echoed my parents’ warnings about the necessity of eating my greens.

As I entered my early teens, the Victorian Dickensian literary platter served up the best of traditional Victorian cuisine. As I gorged on turkey ‘twice the size of Tiny Tim’ and Christmas pudding with the Cratchits and detested watery gruel with Oliver, Charles Dickens instilled in me social awareness, gratitude and the importance of breaking bread with those who had none.

Opening my literary tiffin box and reading about food that was often alien to me as a child helped me understand important values like forgiveness, sharing, moderation, the necessity of a healthy balanced diet and a healthy amount of indulgence, all of which shaped me into the person I grew up to be. 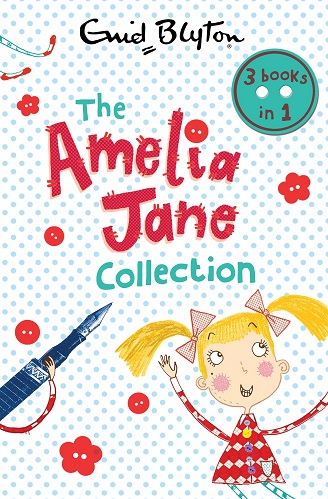 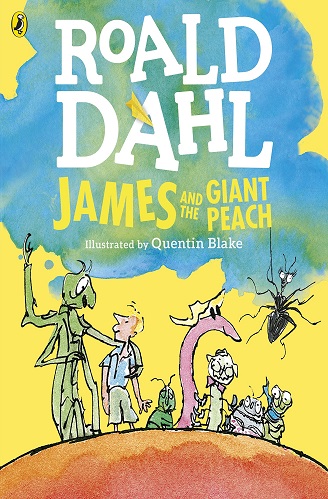 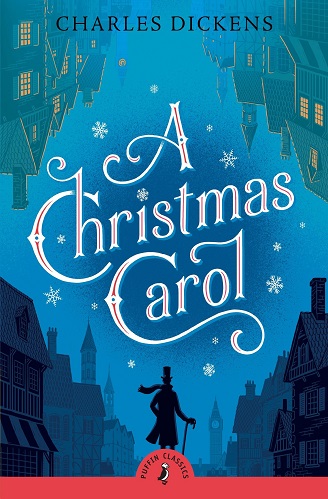 Spicing Up My Literary Palate As A 17-Year-Old

As a child, the mention of pickles, mangoes, and bananas in stories seemed terribly uninteresting. After all, they were foods I was familiar with and ate on a regular basis. As a 17-year-old, however, my literary tastes began to shift towards stories that were closer to home. I increasingly began to prefer the bitter sweetness of Paradise Pickles and Preserves over mashed potatoes, which, though comforting, were bland and did not cater to all corners of my Indian literary tongue. The OrangeDrink LemonDrink in Arundhati Roy’s The God Of Small Things was now better than Blyton’s ginger beer, and my fascination with tinned sardines was now replaced with a fascination and longing for bright mangoes from dusty green trees.

I slowly began to discover that my identity was shaped not only by my craving for books from distant lands with descriptions of food I had never tasted, smelled or even seen, but also by the ‘tadka’ of familiar food and experiences that I found mentioned amid the pages penned by Indian writers. Jhumpa Lahiri highlighted how food creates a sense of identity and nostalgia in The Namesake when an immigrant mother combines Rice Krispies, Planters peanuts, onions, salt, lemon juice, and green chillies to create a dish similar to one found on Calcutta’s sidewalks, thus evoking the character’s Americanisation as well as her reminiscences of India.

Salman Rushdie’s Midnight’s Children is a book of feasting where Rushdie cooks up each flavourful chapter with references to jars of pickles. The chapters are peppered with his ‘chutneyfication’ of English. I identified with this pickling of language since the language I spoke and read in books was equally ‘chutneyfied’, i.e., infused with inherent elements of my Indian-ness.

Rushdie (and Roy and Lahiri) helped me realise that the English I speak and the food and books I consume all contribute to my ‘chutneyfied’ identity, which I understood was not as simple as I had believed it to be. Not only did I connect with the (unfamiliar) English food described in ‘proper’ English in a book by an English writer, but I also connected with the (familiar) Indian food described in ‘chutneyfied’ English in a book by an Indian writer. All this helped me get in touch with my roots and made me realise the complexities within my increasingly layered identity. 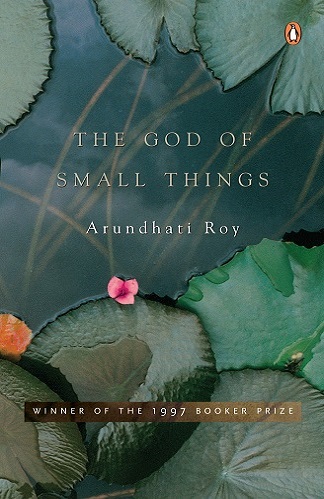 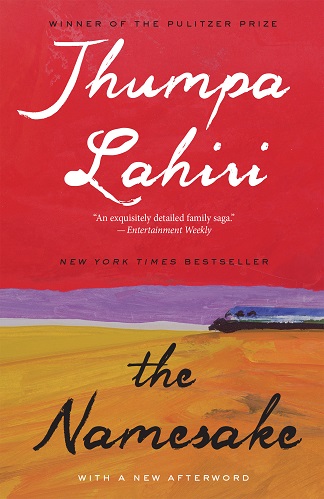 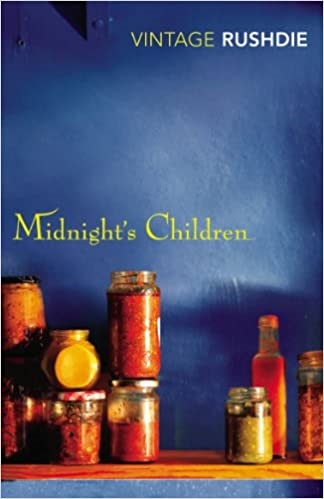 Soul Food For A 22-Year-Old

Growing up in a Catholic household in Mumbai that is half-Goan and half-East Indian, my understanding of my own identity has always been in a constant state of flux. When asked ‘what are you?’ by a nosey aunt, uncle, or even a stranger, I have often found myself struggling to find a single answer. I am an Indian, a Mumbaikar, half an East-Indian, half a Goan (a patriarchal society says I’m fully Goan though), a baptised Roman Catholic or just an incredibly ‘chutneyfied’ girl.

Recently, I was delighted to read Maria Aurora Couto’s descriptions of Goan cuisine in Filomena’s Journeys. It united me to a people and a state rarely visited, experiences I didn’t share, but whose food I ate on a daily basis. Similarly, reading Jane Borges’ Bombay Balchão made me realise that there were others like me in Bombay with roots in a rarely-visited state and experiences they didn’t share with its people, but whose food they ate on a daily basis.

And though our identities are unique, having someone share a similar experience can help a young girl in a big city feel a little less alone and alienated. I was united with all those who wrote and read these books through recheado masala, prawn balchão pickles, Bombay duck sorpotel and mutton xacuti that served as both our comfort and soul food. 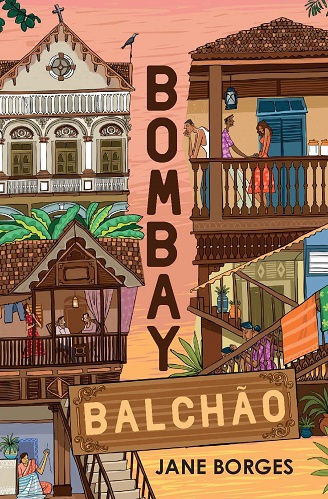 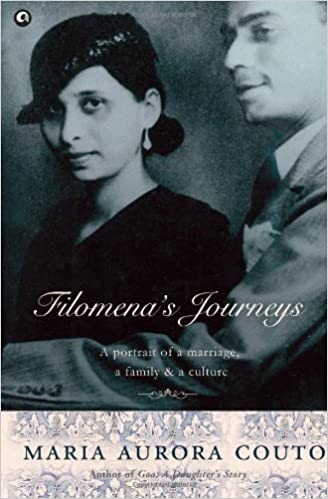 The books with their descriptions of food that I have read while growing up, then, have all contributed towards my identity in the form of the taste, smell, experience of consuming and producing or cooking, and the valuable lessons they’ve taught me. So, whenever I have doubts regarding my identity, I remember that I’m apple pie, treacle pudding, snozzcumbers, pickles and preserves, chaat, fugiyas, sorpotel, prawn balchão and Bombay duck, all rolled in one.