Ever since I read Maus, I’ve become a fan of graphic novels. While the West has its share of fabulous graphic novels like Persepolis, Fun Home and Watchmen, it has not been a particularly popular form amongst Indian writers. Fortunately, the past decade has seen several Indian writers and artists take to graphic novels to express themselves.

The latest entrant to this category is Chhotu: A Tale Of Partition And Love. Written by Varud Gupta and illustrated by Ayushi Rastogi, Chhotu is set in a pre-independent India on the brink of Partition. Chhotu is a young adult whose life is turned upside down when India gains freedom. Initially, he is more interested in befriending Heer, the new girl. However, as the world around him changes, he finds himself trying to make sense of it and ends up making choices which have dire consequences.

In many ways, Chhotu is as much a story of the present as it is of the past. Chock full of metaphors that highlight the many issues we face today – from fake news to sensationalist media, and even our indifference as citizens – Chhotu shows us that while the world has changed in many ways, it remains the same in others. 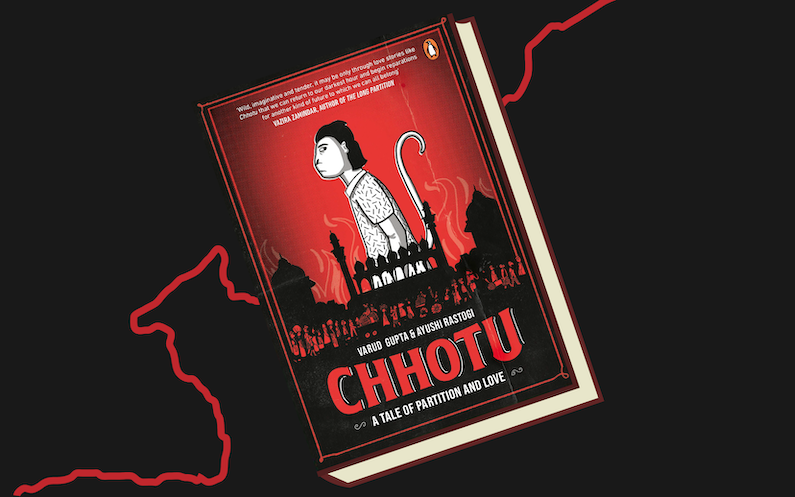 The Role Of Media

… There’s been no rest from the brutal murders, kidnappings and massive displacements.

The condition is no different in Chandni Chowk, where following the aloo incident, hundreds of Muslim families have fled Delhi. And those who dared not leave, have sought refuge in Purana Qila and Nizamuddin.

We must urge you all to take drastic measures. Chandni Chowk is no longer safe. This is no longer the India we once knew.’

Chhotu is a stark commentary on the fear and hatred spread by the media. The book is divided into six parts, each beginning with a radio report that serves to politically contextualise the events that unfold. While it may be presumed that the facts reported are accurate, there is an undercurrent of sensationalism in the manner in which they are reported.

In Chhotu, we see riots occur across Chandni Chowk because aloos are planted in a masjid, giving the whole issue a communal spin. Similarly, riots break out once again when chhole is found in a temple, making it a communal issue once again. And, we see it as being the antagonist Shere’s conspiracy all along because ‘Incite fear. Sow distrust. And in the wake of chaos, as Chandni Chowk continues to turn on itself, lies great opportunity’. And, of course, the radio dutifully reports the news.

A look at present-day media confirms that not much has changed; if anything, it has probably become worse. With the pressure to generate enough content to feed the 24-hours news cycle across various platforms, the media resorts to sensationalising even the smallest of things. Headlines tend to be click-baity and don’t necessarily reflect the truth. Instead, they are designed to make you feel afraid, grab eyeballs, or elicit extreme reactions rather than inform. As a result, news gets side-lined in a bid to give advertisements primary position.

To make matters worse, the media further fuels rumours by thoughtlessly reporting them. Instead of doing an investigation to discover the truth, they sensationalise the news and spread even more misinformation. After all, that is what gets them higher ratings, which in turn, gets them more advertising money.

I don’t read the newspaper or consume any traditional form of news. Instead, I get my quota of news from some excellent newsletters (like splainer) and personal narratives. While that has impacted my knowledge of what is happening in the world to some extent, I strongly believe that it has made me a happier person because I don’t partake in the fear-mongering our mainstream media seems to be so fond of.

Chhotu showed me, in a light and funny manner, how we all fall prey to the media. The only way to change that is to ask questions and to be more mindful of what we consume. As Bandhu says, ‘It isn’t news they preach, but fear. Us in our little herds, follow without any questions. Often, at the cost of lives.’ 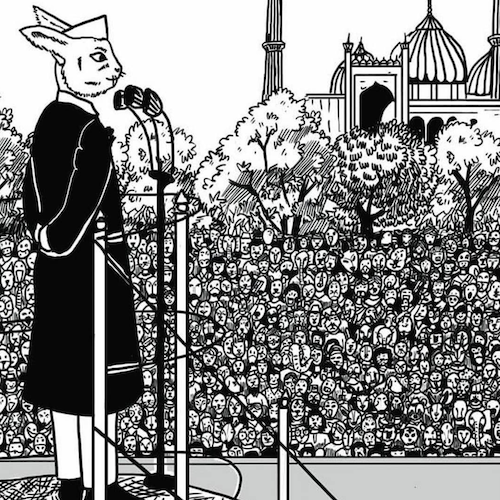 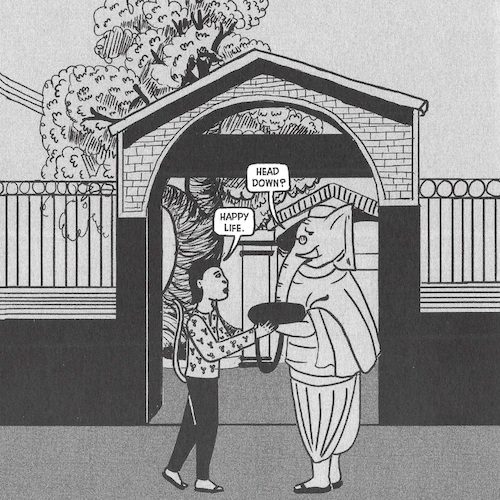 (Image via Chhotu: A Tale Of Partition And Love)

This seems to be the mantra by which Bapu, Chhotu’s adoptive father, lives. He constantly reminds Chhotu to just keep his head down so he can lead a happy life. He urges him to not get involved in what is happening around him and instead, to just go about his life as if nothing has changed.

It’s a familiar refrain. How many times have we been told to not get involved with what doesn’t concern us? The Citizenship (Amendment) Act, 2020 may be discriminating against Muslims, but it doesn’t impact me so why should I get involved? I am not a Dalit, so why should I care about the atrocities they suffer on a daily basis?

Because we must. If Gandhi had kept his head down and continued leading his life, we may never have become independent. If the suffragettes had not spoken up, women may have remained disenfranchised for the rest of their lives. If Rosa Parks had not refused to give up her seat in a bus, the civil rights movement in the U.S. may have never occurred.

It’s easy to keep your head down and do nothing or to become an armchair activist, but unless we do something about the state of our world, nothing is ever going to change. And, taking action doesn’t involve attending protests or making drastic life decisions like quitting your job to become a teacher in a remote village in Jharkhand. No, change can take place through the smallest of actions. My dad only has a bucket bath and shaves using one mug of water. This is his way of contributing to the environment. He doesn’t go on protests about the environment nor does he wax eloquent about the need for being environmentally responsible; he takes action instead. Find a small action you can take today to support change in the world. And then, watch the magic unfold.

It is because some of us take on the mantle of being ‘troublemakers’ that real change takes place. And this is just when a few speak up. Imagine what would happen if we all spoke up. After all, as Bapu says, ‘Even a single tomato can change the entire gravy.’ 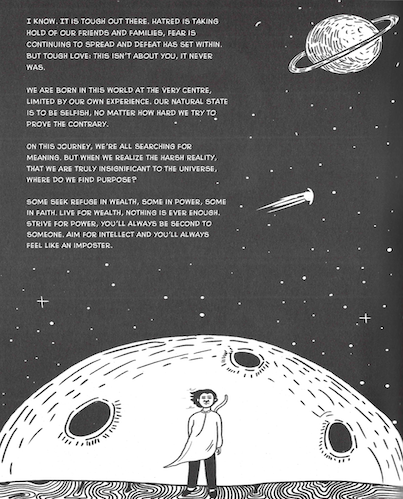 (Image via Chhotu: A Tale Of Partition And Love ) 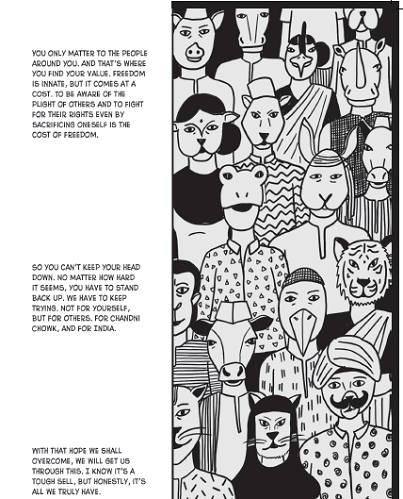 ‘Communal divisions… radicalized nations… it wasn’t supposed to happen like this. Free, sure. But broken. And it’s our responsibility now.’

Chhotu reminds us of our need to take responsibility for what is happening around us. Things are broken and it is up to us to fix them. We can’t remain on the side-lines anymore; we need to be more mindful of what we consume, we need to speak up about what’s wrong and we need to take a stand on what we believe in. It is the only way for us to change things.