Why Adults Should Also Read Alice’s Adventures In Wonderland 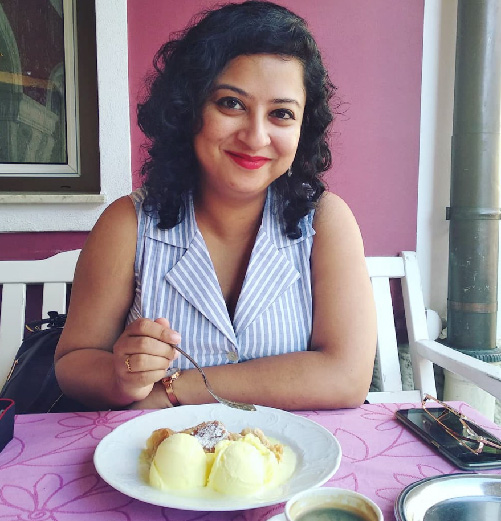 Ihave always had a special bond with Alice’s Adventures In Wonderland. As a child, this was the first book I’d read aloud, start to finish, without any assistance from my parents. I still remember the sense of pride at my accomplishment, the colours and images in my mind while reading the book, the ridiculous characters in the book and their classic lines.

As the years went on, I discovered other authors, different styles of writing and multiple genres that sated my head and heart and filled up my bookshelves. And even though I was too busy exploring newer worlds in my books, Alice’s Adventures was one I’d keep returning to, following Alice down the rabbit hole with joy and curiosity every single time.

Each reading has given me something new to enjoy, making me wonder – what makes this book still endure and appeal to me as an adult reader? 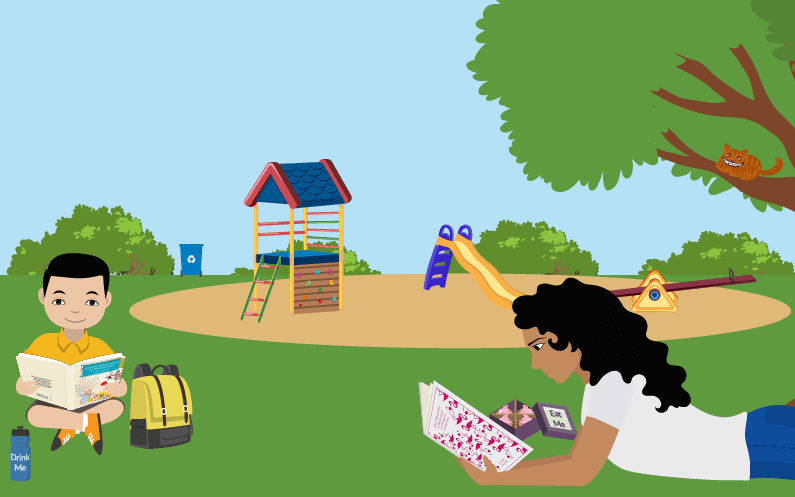 The Timeless Appeal Of Alice And Her Adventures

Originally published in 1865, Alice’s Adventures In Wonderland is the tale of a bored and bright young girl. It follows her adventures as she falls through a rabbit hole into a hallucinatory world of grinning felines, manic milliners and self-important playing cards. Carroll’s tale has transcended logic over the years and charmed adults and children alike for generations, causing imaginations to run wild in a world that gets ‘curiouser and curiouser’ with every page. The book has never gone out of print in its over 150 years of existence and has been translated into more than 176 languages.

Prior to the second half of the 19th century, the books that were available for children tended to focus on moral values in a society that was largely puritanical in nature. Alice’s Adventures, however, broke the rules in an unprecedented manner, by being an absurd yet perceptive work of fiction that was unlike anything that came before or after it. This is discussed in the introduction to the 150th anniversary edition of the classic by author Philip Pullman: ‘It’s sometimes said that Lewis Carroll’s Alice books were the origin of all later children’s literature, and I’m inclined to agree. There were books for children before 1865, but they were almost all written to make a moral point. Good children behave like this; bad children behave like that, and are punished for it, and serve them right. In Alice, for the first time, we find a realistic child taking part in a story whose intention was entirely fun. Both children and adults loved them at once, and have never stopped doing so. They are as fresh and clever and funny today as they were 150 years ago.’

And it’s true. For me, every journey with Alice has been vastly different from the previous one. As I grew older, I noticed the story growing and evolving with me. I discovered newer dimensions to the familiar and beloved characters. The book’s prose caught my attention and the wacky world of the book captured my imagination. More importantly, it was the unassumingly allegorical nature of the book that made me pick it up time and again, knowing with certainty that I would find a previously hidden layer again. 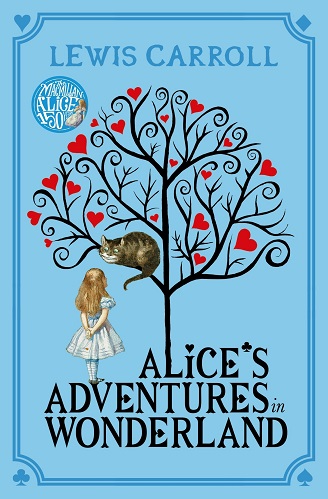 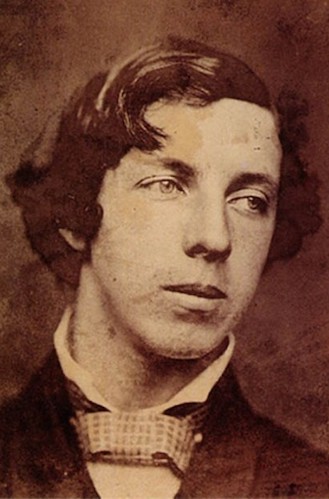 With Alice, Carroll gave me (and millions of other girls) a heroine who is bright, inquisitive and unafraid to speak her mind, even in the face of authority.

‘No, no!’ said the Queen. ‘Sentence first – verdict afterwards.’

‘Stuff and nonsense!’ said Alice loudly. ‘The idea of having the sentence first!’

Think about this scene and the power politics at play here. Alice, a child, is faced with the Queen of Hearts, the ruler of Wonderland. She is the character that Alice needs to face and win against in order to figure out the puzzle that is Wonderland. In other words, the Queen of Hearts is literally the heart of Alice’s conflict. Unlike the other characters, the Queen is not as concerned with nonsense and the suspension of logic as she is with absolute rule and execution. ‘Off with her head’ is, after all, a threat that she screams out in the book. And though Alice is fearful of the Queen, it doesn’t prevent her from speaking up when faced with an unfair situation. Given that we live in a world where women of all ages are constantly taught to keep their heads down, remain silent and not ask questions, this is a powerful lesson to learn at any age.

Through all of her adventures, Alice tries her best to use sound judgement and always sticks up for herself, be it while swimming in a pool of tears, debating with talking animals or playing croquet with flamingos and hedgehogs. Carroll’s heroine shows logic in situations that are fantastic and completely out of the ordinary, thus becoming a character to admire and learn from.

‘[S]he had never forgotten that, if you drink much from a bottle marked ‘poison’, it is almost certain to disagree with you, sooner or later. However, this bottle was NOT marked ‘poison’, so Alice ventured to taste it, and finding it very nice…she very soon finished it off.’

In fact, by creating a character who looks traditional in terms of attire but is complex and daring otherwise, Carroll shrewdly shows his readers how Alice remains the only sane person throughout the book despite being thrown into a world that is upside down and inside out. Yes, she talks to herself and is constantly startled by her changing height (and which sane person wouldn’t!), yet she manages to make her way through totally strange and relatively grown-up encounters without losing her sense of honesty and curiosity. She is courageous in the act of growing up – a lesson that all of us need to learn.

In fact, author Amanda Craig believes that Alice’s continual attempts to puzzle out the bizarre, amoral and counterintuitive regulations of Wonderland would be familiar to anyone who is lost, confused, afraid, or fed up. Ultimately, Alice is all of us figuring out how to stay sane in a mad world. 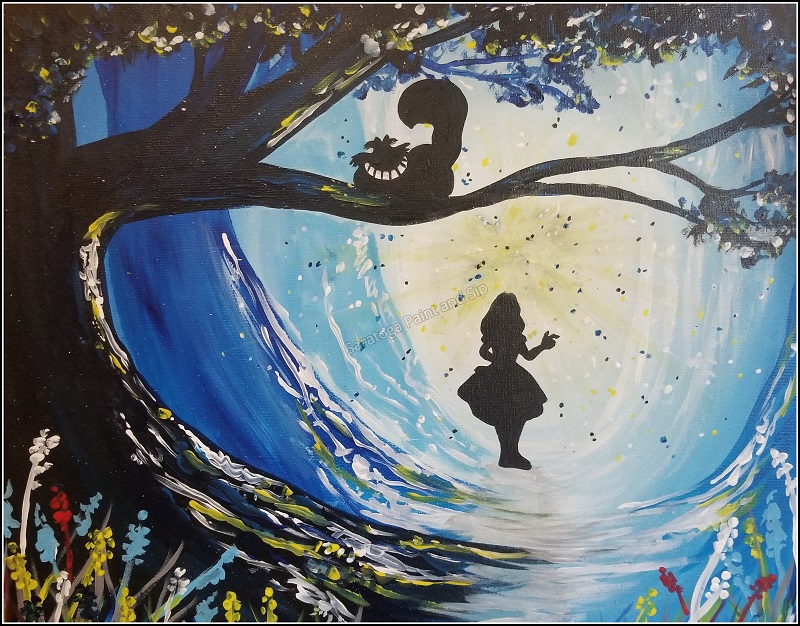 (Image via Burlington Paints And Sip)

Why Alice Is Also A Book For Adults

Over the past fifteen years or so, my experience with rereading this book has been rather interesting. I find it fascinating that a book originally meant for children has managed to appeal to adults across generations. For me, the book has weathered beautifully over time with each reading providing new layers, dimensions and themes to absorb. I do not dispute the categorisation of this classic as a children’s book, but I cannot ignore its valid inclusion as a book that appeals to adults either.

Consider the world that is Wonderland. It comes across as a paradise of puns, paradoxes and anthropomorphism on the surface. Underneath, however, it is deeply honest when it comes to the manner in which it portrays childhood and adulthood. Take this iconic question for example – ‘Who in the world am I? Ah, that’s the great puzzle!’

Isn’t this something we all struggle with? Who we are is a puzzle that is constantly changing shape and form, and something we keep wondering over as adults. And yet, Alice ends up asking herself this question in the first half of the book, just after having grown to a gigantic size. Alice has a moment here where she realises that not only does she need to understand how to navigate Wonderland (the world she is stuck in), but also make an attempt to understand who she is in a world that is constantly changing on her and, in the process, actively challenging her beliefs and sense of self. She realises the need to adapt to survive in a world that has a set of rules highly different from those she is used to – ‘It’s no use going back to yesterday, because I was a different person then.’

Given that Wonderland is an extension of Alice’s own imagination, it explains the rather fluid nature of the narrative. As a result, it is also indicative of the fluid nature of Alice’s own identity. We follow her through various encounters wherein she tries to understand her experiences in relation to herself and the world she is familiar with. The nonsensical world of Wonderland is to help her make sense of the forces and feelings that make up her identity, and ultimately, it is only once she makes up her mind about who she is and what she stands for that she is able to escape the dream world she keeps tumbling in. 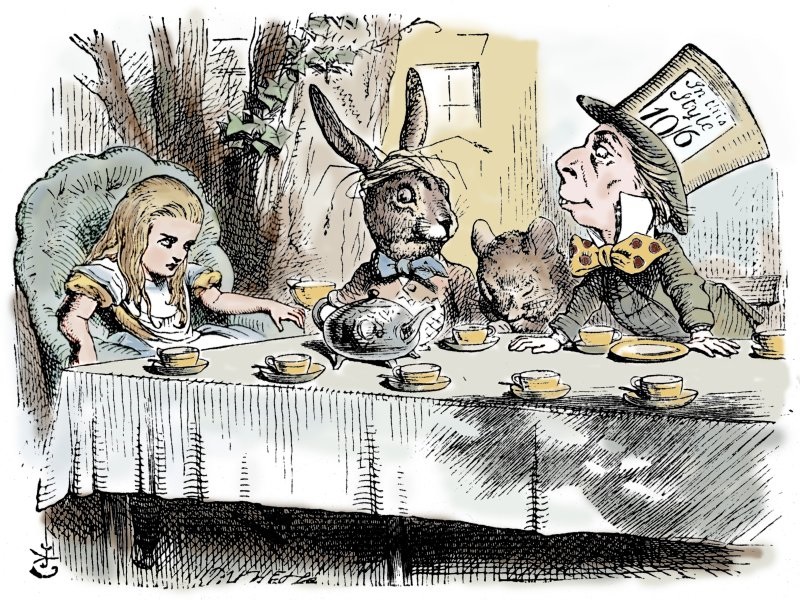 Carroll’s mastery over sarcasm, nuance and wordplay is understood best by readers with a certain level of maturity, and my appreciation for his writing has only improved over time. Alice has taught me the power of dreams, the strength of my imagination, to question the strange and accept the weird. She has taught me how it’s absolutely alright to indulge in madness, because the ‘best people usually are’. She has taught me to explore the unknown and to stand up for what I believe in. Most importantly, she has taught me how every adventure can be an extraordinary one, as long as you go on it with a curious and open mind.

A love for the written word has led Oishani to structure her life around reading. Books introduced her to a world filled with so many possibilities, and helped her understand the power of a well-written story. With an educational background in English Literature and Film & Television Studies, she has worked as the editor for an arts magazine in the past. She believes in the healing powers of a perfectly brewed cup of coffee and the chance to explore a new city. And, no matter where she might be, her Kindle (loaded with books) is never too far from her person.

She is the editor at The Curious Reader. Read her pieces, here.