Since theatre itself was invented in Greece, it is natural that many theatre-related words find their origins in Greek. This list covers 9 such words and gives you their etymology. Some words are literal, and some have an interesting history. This collection makes for a fun read! 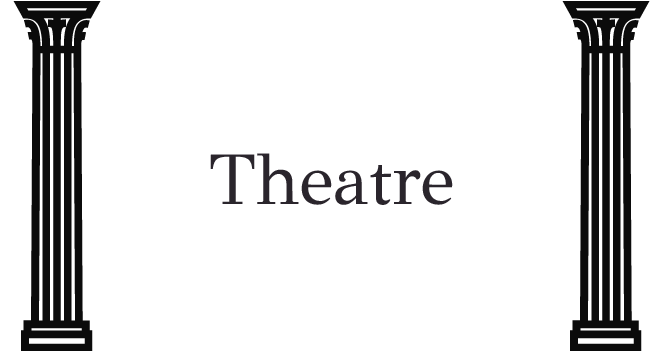 Definition: a building, part of a building, or outdoor area for housing dramatic presentations, stage entertainments, or motion-picture shows
Greek Word:  theasthai
Greek Meaning:  to behold
Fun Facts: theatrical festivals played an important role in Greek social life. There were theatres that had a capacity of up to 30,000 people. The seating was usually set on a natural slope and this has created a legacy which continues till today, as most current day theatres also have a sloped seating. Interestingly, the word theasthai further evolved into the word theatron, which meant ‘a place for viewing’. 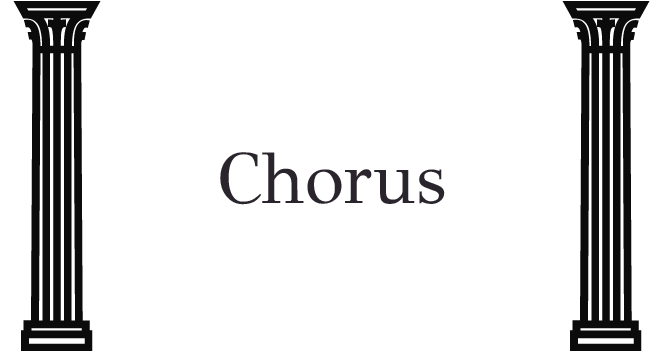 Definition: a group of persons singing in unison
Greek Word: khoros
Greek Meaning: company of persons in a play, under a leader, who take part in dialogue with the actors and sing their sentiments at intervals
Fun Facts: the chorus was an essential part of any Greek play. There were only a few actors, never more than three. Thus, the responsibility of taking the story forward fell solely in the hands of the chorus. They would tell the audience what happened backstage, convey all the gory details that were never shown on stage, and even have dialogue with the actors. 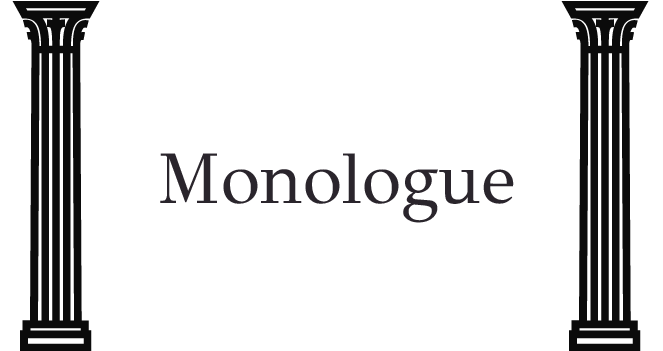 Definition: form of dramatic entertainment, comedic solo, or the like by a single speaker
Greek Words:  monos and logos
Greek Meaning: alone and speech/word
Fun Facts: given that there were usually only a few actors in Greek plays, each actor usually had a lengthy monologue, and often the lead actor’s final monologue would be highly emotional. It was through his monologue that the actor would convey the ultimate message of the play. Of the modern playwrights, Shakespeare was particularly famous for adopting this technique. Doesn’t Shylock’s “Hath not a Jew” monologue from Merchant of Venice immediately come to mind? 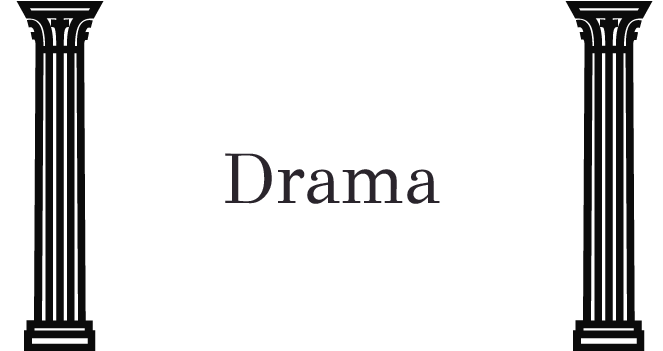 Definition: composition in prose or verse presenting in dialogue or pantomime a story involving conflict or contrast of character, especially one intended to be acted on the stage; a play
Greek Word: dran
Greek Meaning: to do, act, perform
Fun Facts: while today drama may not always have a positive connotation, and is often associated with actions that are over-the-top, it originally had the innocuous meaning of a play. There were three types of drama in ancient Greece- tragedies, comedies, and satyrs. In theatrical competitions, playwrights would need to present three tragedies followed by a satire to be eligible to compete. 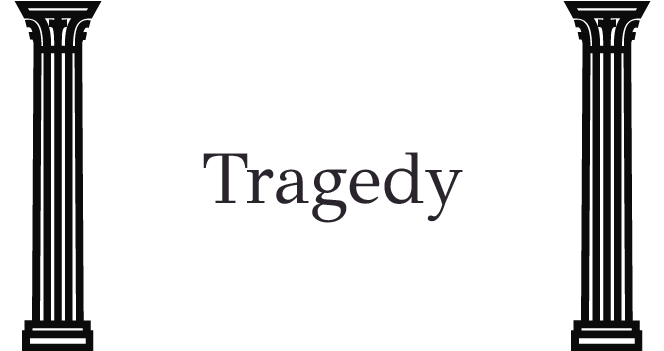 Definition: dramatic composition, often in verse, dealing with a serious or somber theme, typically involving a great person destined to experience downfall or utter destruction, as through a character flaw or conflict with some overpowering force, as fate or an unyielding society
Greek Word: tragodia
Greek Meaning: a dramatic poem or play in formal language and having an unhappy resolution
Fun Facts: while tragedy literally comes from the word tragodia, tragodia when broken down, is a combination of two words – tragos, or goat, and oide, or song. So what does a goat song have to do with tragedy? This may be a reference to the performers who are said to have dressed in goat skin to represent satyrs. Another assumption is that the winner of the theatrical competition would get a goat as a prize. 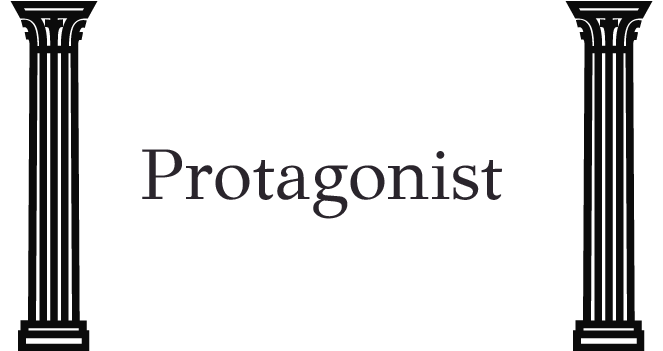 Definition: the leading character, hero, or heroine of a drama or other literary work
Greek Words: protos and agonistes
Greek Meaning:  first and actor/competitor
Fun Facts: the protagonist was of vital importance in a Greek play, as originally a play had only one actor, accompanied by a large chorus! It was Aeschylus who introduced us to a second actor, and Sophocles who added a third. 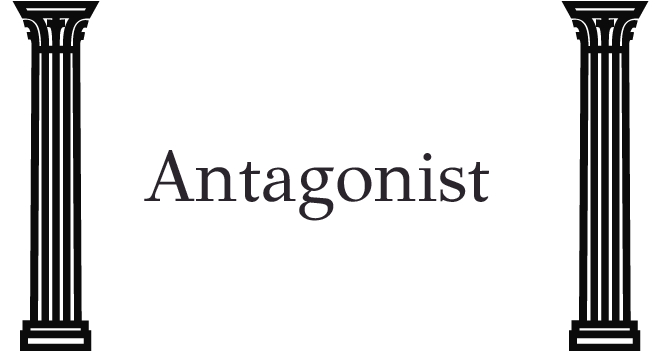 Definition: the adversary of the hero or protagonist of a drama or other literary work
Greek Word: antagonistes
Greek Meaning:  competitor, opponent, or rival
Fun Facts:  this word doesn’t have a direct theatrical reference. In Greek, it meant someone who was a rival in a battle or in sport. As it sounds similar to protagonist, over time, it evolved into a theatrical term. But none the less, it is used, even now, in other contexts. 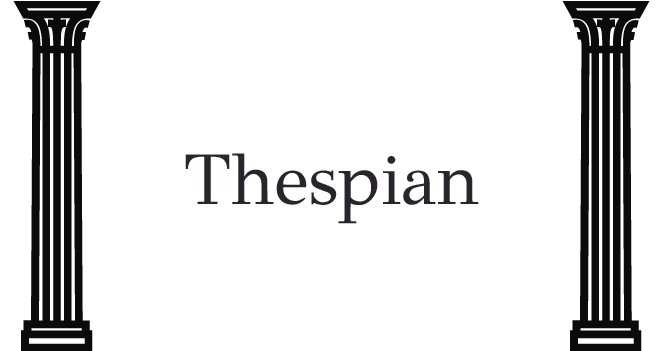 Definition: a tragedian; an actor or actress
Greek Word: thespis
Greek Meaning:  inspired by the Gods
Fun Facts: while thespis may mean inspired by the Gods, the word thespian owes its roots to a person by the name of Thespis. He was considered the father of Greek tragedy and was both, a playwright and an actor. He was also considered the first person to ever have acted in the world or ‘resembled another person’ (thereby meaning acted as someone else). 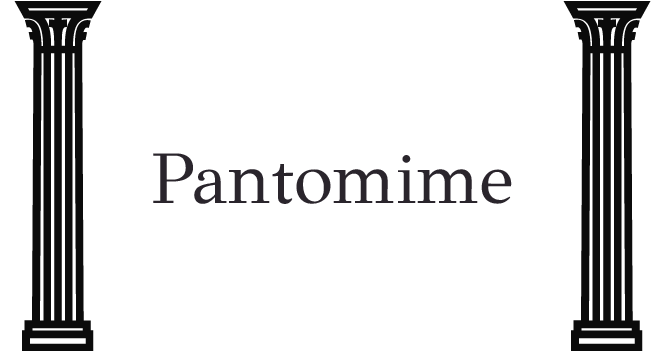 Definition: the art or technique of conveying emotions, actions, feelings, etc., by gestures without speech
Greek Words: panto and mimos
Greek Meaning: all and imitator
Fun Facts: pantomime is a word that has probably gone through the most changes, with respect to its etymological history. While the word and the theatrical association with it began by simply meaning ‘acting without using words’, it has now come to represent a genre of slapstick comedies, usually performed in England around Christmas, which include words, songs, acts and many a speaking part. Quite a departure from the original sombre meaning!

The source for the information for this list is The Online Etymology Dictionary and Dictionary.com