When one thinks of Indian freedom fighters, it is often names like Bhagat Singh, Mahatma Gandhi and Sardar Patel that come to mind. We remember the names of only a few female freedom fighters, if any. However, many women played as important a role in India’s freedom struggle as the men did. This list discusses the achievements of some of those women and the books you can read to get a better understanding of their lives. 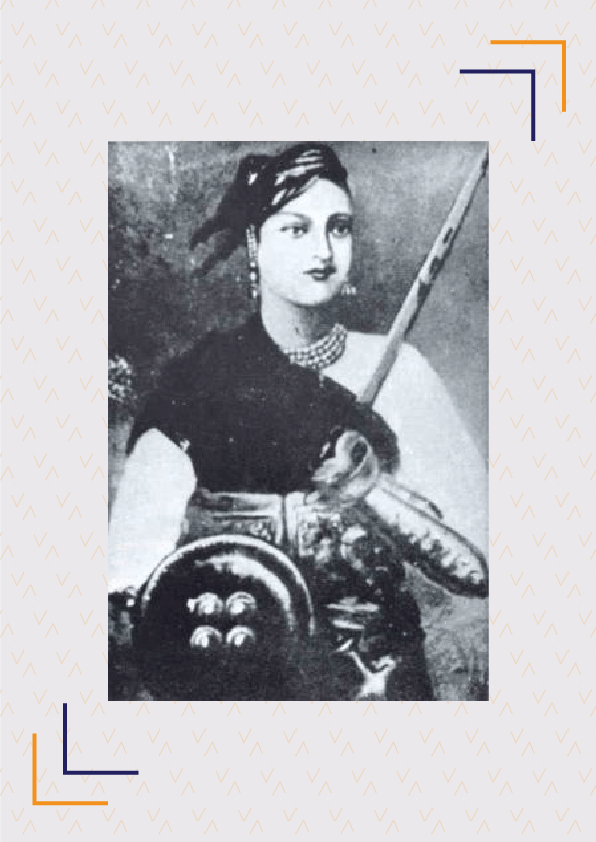 Rani Lakshmibai of Jhansi was one of the leaders of the First War of Independence and holds her place in history as a fearless warrior and a passionate patriot. After her husband and young son died, she decided to take up arms to fight a law according to which Jhansi could be annexed into the British Empire. In school we may have only studied the Rani’s valour but, in Jaishree Misra’s Rani, we get to see her feminine side. This book doesn’t only focus on the battles she fought but also her journey as a woman- from the apprehension she felt as a young bride to the horrors she and her fellow Indians were subjected to at the hands of the British. 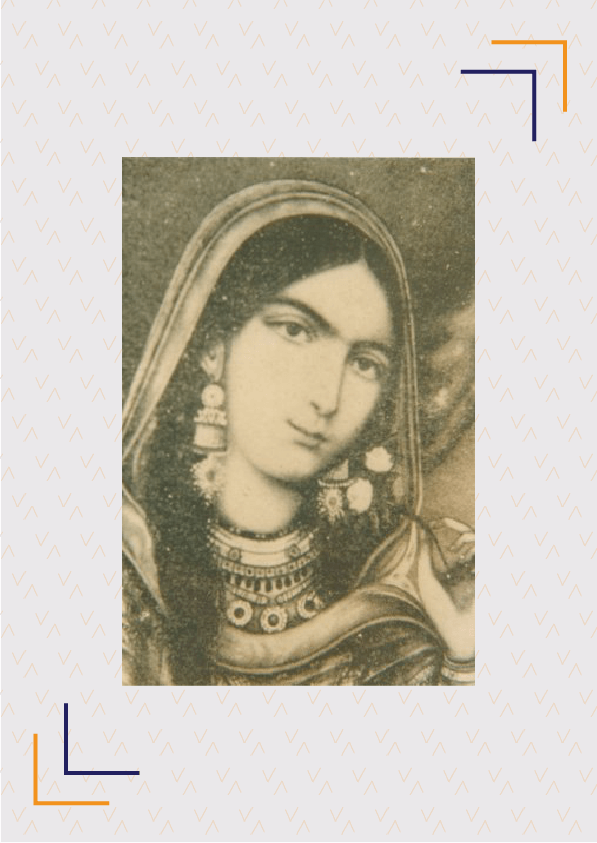 Muhammadi Khanum was a courtesan by profession and was ultimately sold into the harem of the King of Oudh (present-day Awadh). After the British refused to accept her son, Brijis Qadr, as the ruler of Oudh she styled herself as Begum Hazrat Mahal and began a revolt against the British. She was often called Rani Lakshmibai’s counterpart in the First War of Independence. She not only fought for her kingdom but also against the British’s destruction of both temples and mosques. In The City Of Gold And Silver, fairly accurately covers her life story but does border on historical fiction as it reads more like an engrossing novel than a history book.  The author also takes the liberty of inventing a love story which has no basis in history to make for a more interesting read. 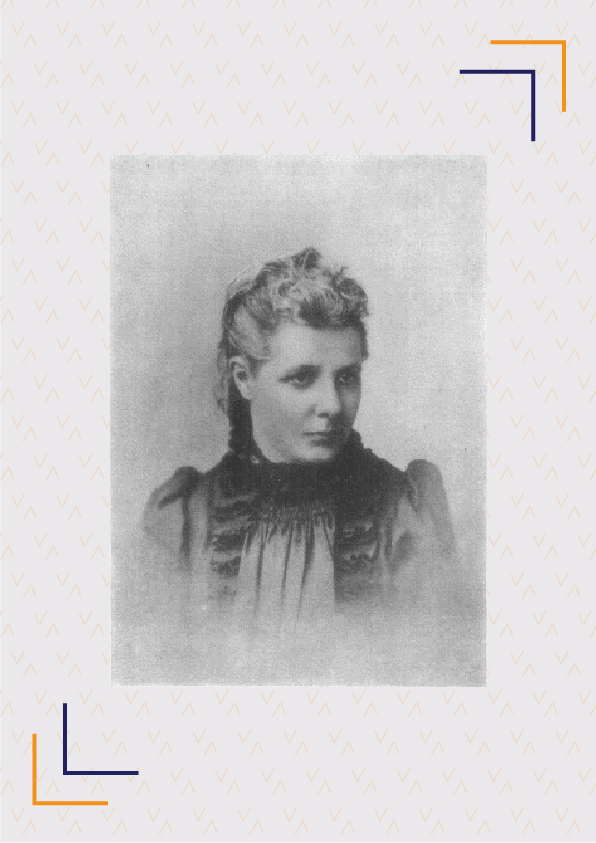 What makes Annie Besant unique is that she was not an Indian but an Englishwoman who fought for home-rule. From a young age, she stood out from other English ladies by advocating for taboo subjects such as birth control. In her autobiography she talks about her move to India, her passion for India becoming a democracy with home-rule, and setting up the Central Hindu College in Varanasi. She co-created the All India Home Rule League, was arrested for it, and upon her release became the President of the Indian National Congress. 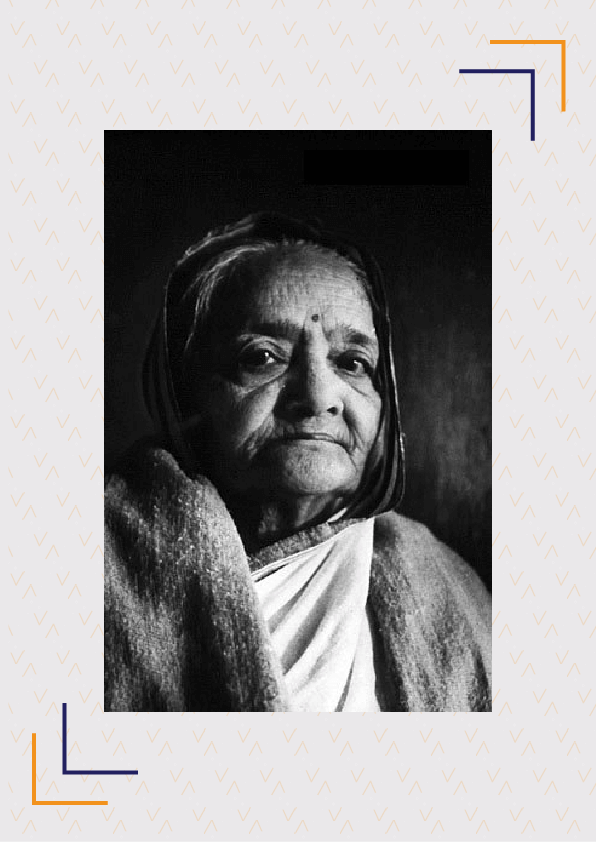 Without Kasturba Gandhi and her steadfast support, M.K. Gandhi would probably never have been able to achieve what he did. Her nationalism and patriotism were evident even when she lived in South Africa by her championing of the Phoenix Settlement and the cause of Indian workers living in the country. Once in India, she walked side-by-side with her husband in his quest for Independence until the police arrested her and placed her in jail. Although a fictionalised retelling, The Secret Diary Of Kasturba not only tells of her valour and why she should be an important figure in a list of female freedom fighters, but also touches upon uncomfortable subjects, such as, the sexual relationship between her and her husband, her ill-treatment at his hands, and the animosity between him and her son. 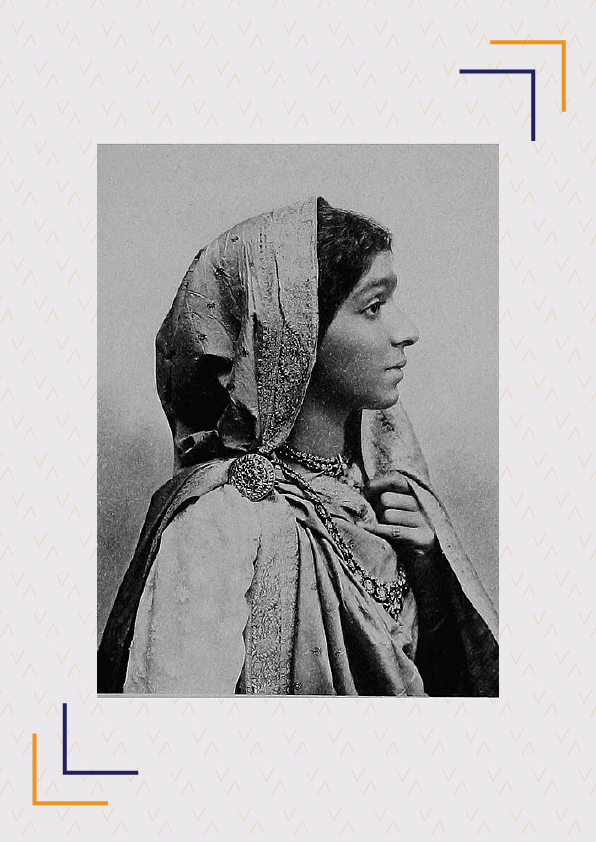 Sarojini Naidu has been termed ‘The Nightingale of India’ as it was through her poems that she inspired many an Indian to fight the British and to stand up for their rights. This remarkable Cambridge-educated woman was an ardent follower of Gandhi, actively propagated the non-cooperation movement, became the president of the Indian National Congress and also the Governor of the United Provinces (present-day Uttar Pradesh). To read some of her beautiful poetry, pick up Sarojini Naidu, edited and curated by professor and author Makarand Paranpaje. It is a collection of her best works along with commentary and context on their importance, so you will also get an understanding of how she inspired the masses through her poetry. 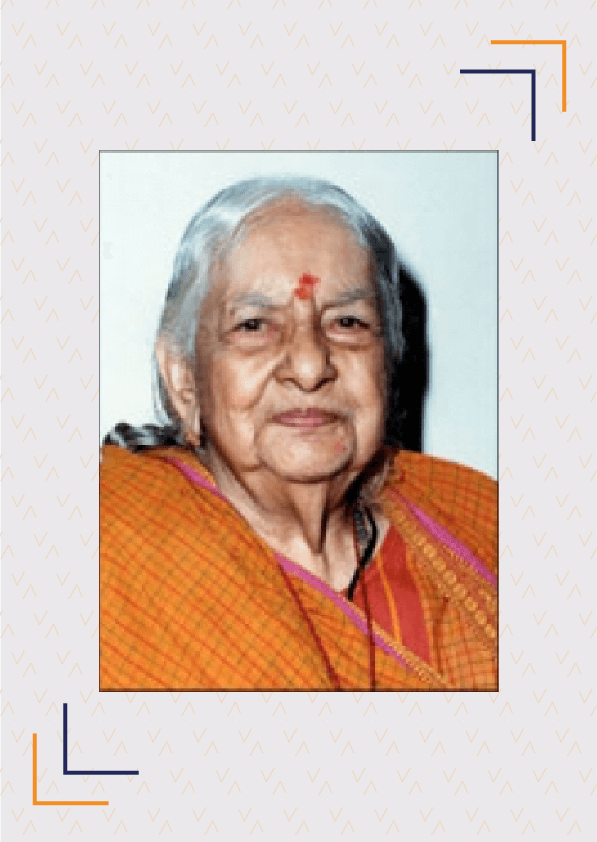 Kamladevi Chattopadhyay’s name cannot be excluded from a list of famous female freedom fighters. In 1923, upon hearing of Gandhi’s non-cooperation movement, she promptly left her cushy life in London and returned to India to participate. She went on to found the All India Women’s Conference, which promoted legislative reforms, and was one of only two women in the lead team of the Salt Satyagraha. While she has written a memoir, A Passionate Life is a more interesting read as it is a collection of essays by her and gives the reader a glimpse into her thoughts on subjects that mattered to her. 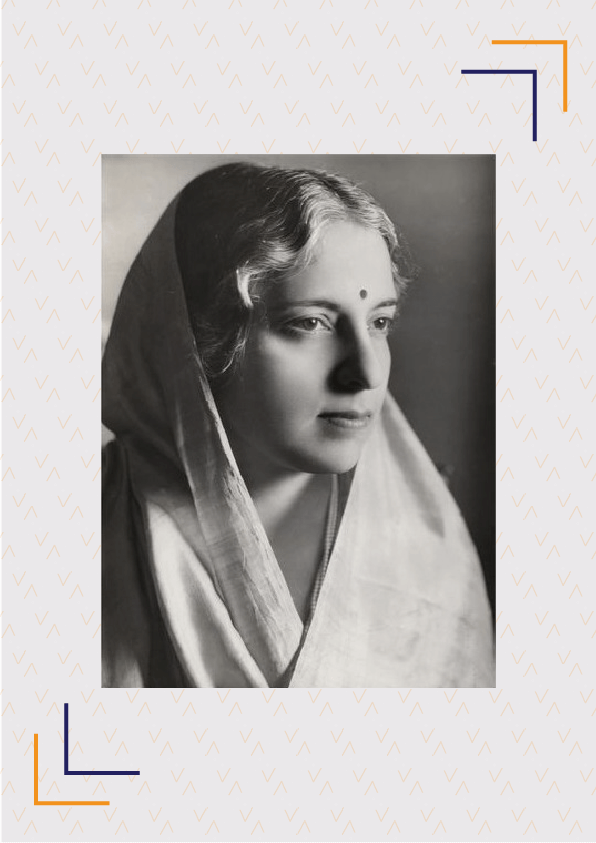 While she may not be as famous as her brother, Jawaharlal Nehru, she holds an esteemed place amongst those who fought for India’s freedom. During the freedom struggle, she actively took part in politics to try and influence the treatment of Indians and was imprisoned by the Raj on three separate occasions. In her autobiography, The Scope Of Happiness, not only does she recount these stories but she also talks about her relationship with her brother, her views on her niece- the polarising Indira Gandhi- and gives an insight into the life of Mahatma Gandhi. She also shares humorous anecdotes of eminent figures such as Lord Mountbatten and Prince Charles. 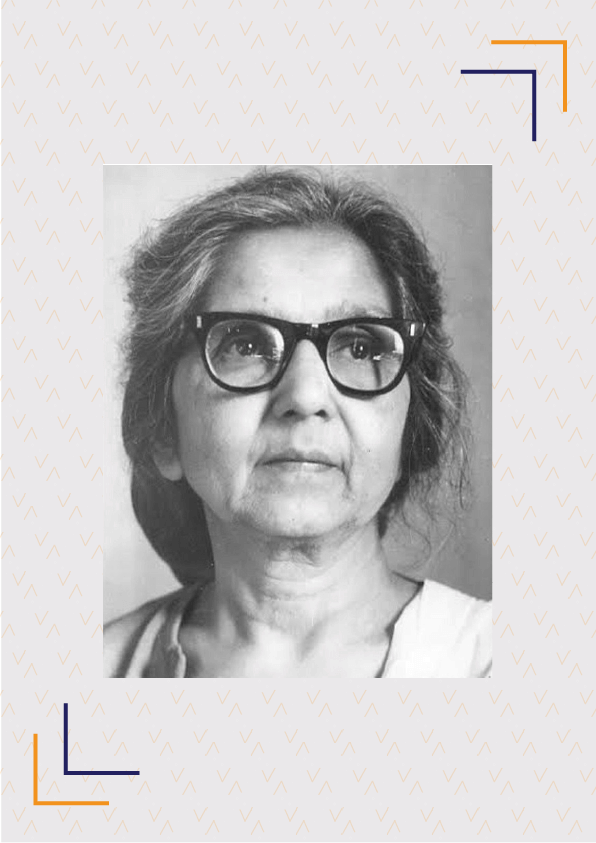 Arun Asaf Ali’s first tryst with the British was when she actively participated in the Salt Satyagraha and was arrested for her involvement. Upon her release, she took it upon herself to lead the Quit India Movement after the English pre-emptively arrested its major leaders. She soon became a face of the movement and the strength of female freedom fighters when she withstood bullets being fired at her while raising the flag of the Indian National Congress at the Gowalia Tank Maidan. Despite having to go underground to evade an arrest warrant, she continued to edit the Congress’ monthly magazine Inquilab. You can read more about her in her biography or read her fiery speeches in the Words of Freedom: Ideas Of A Nation. 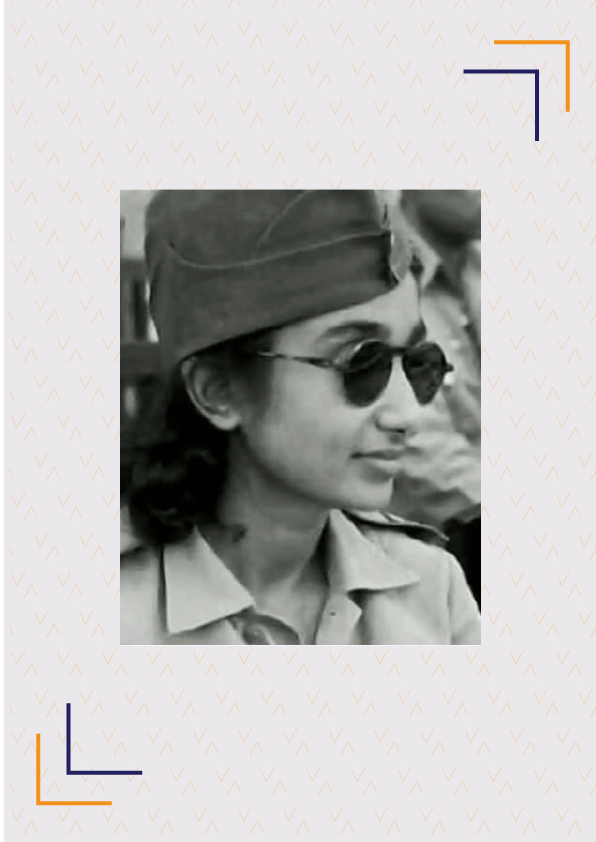 Lakshmi Sahgal stands out in this list largely due to her belief in using violence if necessary to get India her freedom. It was a meeting with Subhash Chandra Bose in Singapore that inspired her to become an active member of the Indian National Army and form a women’s division called the Rani of Jhansi Regiment. From there on, there was no looking back as she fought the British at every opportunity she got. In Burma, she was placed under house arrest for two years, but still passively resisted the British. She wrote an autobiography which details her inspiring life and features some never-seen-before pictures.