When writer Bill Finger and artist Bob Kane created the “Bat-Man” as he was known when he debuted in Detective Comics #27 in 1939, they may – or may not – have known the impact this ‘superhero’ would have in the coming decades. 79 years later, Batman is one of the most recognisable figures on the planet and the only one among the more popular superheroes to have no special metahuman abilities. Perhaps therein lies the appeal of Batman: the fact that any of us could be like Batman if we just had the will (and a lot of money). 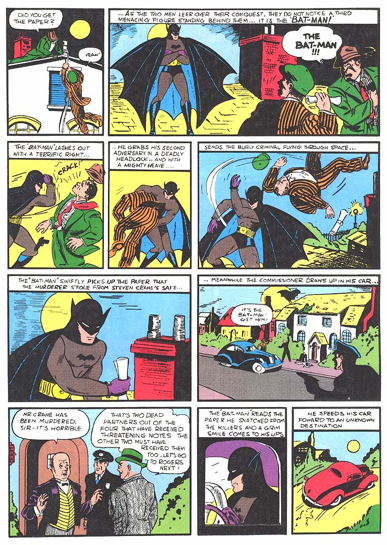 Batman’s origin story is one familiar to all and one we have all seen in multiple iterations. To fight crime, young Bruce Wayne, having seen his parents killed before his eyes, decides to become a masked vigilante. If you were to ask anyone today who is under the famous cowl, the answer would be, ‘Bruce Wayne’. They wouldn’t be wrong but then, it hasn’t always been Bruce Wayne. Many have donned the mantle of the Bat over the years and I’m not even talking about the various actors who’ve played Batman on screen. Nor even the TV series, where notably young Terry McGinnis was the Dark Knight in the classic, Batman Beyond. Nor am I talking about all the various Elseworlds stories that while being great stories are not considered part of the DC continuity.
So here then, are just five characters who’ve been Batman in comics that are part of the loose canon. After all, it’s Batman Day, not Bruce Wayne Day! 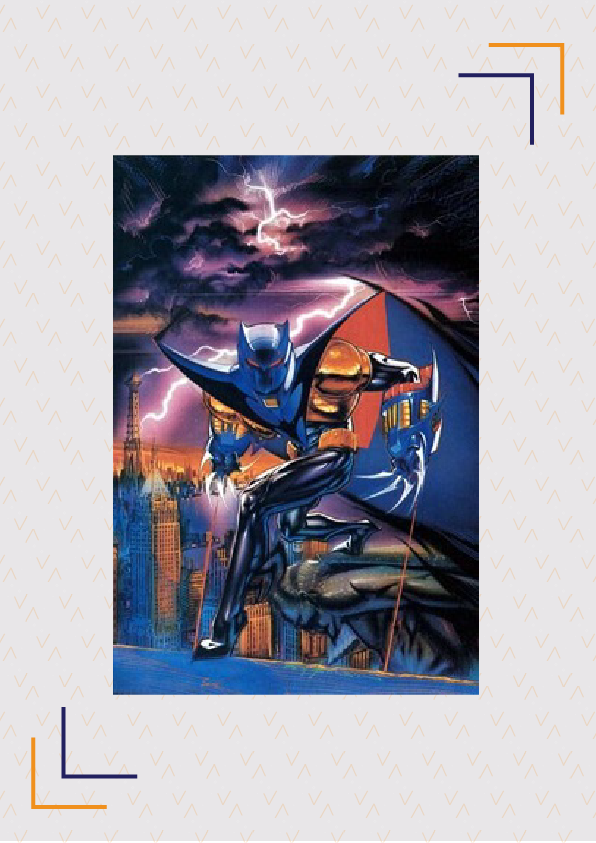 Jean-Paul Valley was a young student in Gotham City studying computer science, but unbeknownst to him, he had been – from childhood – the subject of a deep level of conditioning and brainwashing by a secretive, sinister religious group known as The Sacred Order of Saint Dumas. He was meant to inherit the mantle of Azrael, the Order’s assassin. First introduced in the Sword of Azrael miniseries, Jean-Paul would come to the attention of Bruce Wayne when he assisted Batman in a case, and later sought Batman’s help to fight his conditioning. Not long after, Jean-Paul would become an understudy of Bruce Wayne, learning crime-fighting techniques from Batman, alongside Robin (Tim Drake).

Then came Knightfall, the 1993-94 story arc featuring Bane as the chief villain in which the Dark Knight would fall, his back literally broken by Bane, leaving Bruce Wayne as a paraplegic. But Gotham City needed its Batman, and Wayne asked Jean-Paul to take up the mantle of the Bat, which he would. Thus becoming the first person to become the full-time Batman after Bruce Wayne. With his Azrael brainwashing taking over, Jean-Paul’s Batman would soon make Bruce Wayne’s Batman look benign and non-violent. Jean-Paul would make the Bat-suit more menacing and harmful and his Batman would become a lot more violent and ready to kill people until a healed Bruce Wayne would battle Jean-Paul in Knightsend and put an end to this particular Batman’s reign of terror. 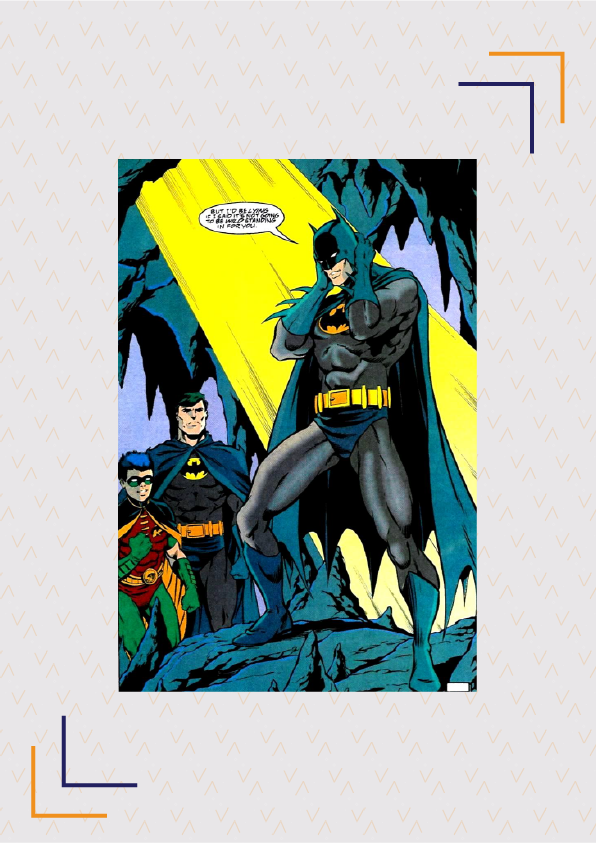 It would seem natural that the first Robin, Dick Grayson would be the first choice to become the next Batman, after Bruce Wayne. After all, Wayne had taken him under his wing as a legal guardian and trained him in the ways of the Batman. But Dick Grayson had other plans – which didn’t include becoming Batman. He wanted to get out of Bruce Wayne’s shadow and be his own man, or rather his own hero. Having grown up, Dick Grayson retires as Robin, moves to Gotham’s neighbouring city, Blüdhaven, where he would come into his own as the superhero known as Nightwing. It was for this reason that Bruce Wayne passed on the mantle of the Bat to Jean-Paul Valley instead of Grayson.

That said, Grayson was none too happy at being passed over and when the time came, helped a now-healed Bruce Wayne to defeat the Jean-Paul Valley Batman. But in a twist, Bruce Wayne decides he needs more time to truly recover and needs a time out from being Batman. However, Gotham City needs its protector and thus it comes to be that Dick Grayson finally becomes Batman. After Bruce Wayne comes back, he would return the mantle, but would once again become Batman years later after an eventful ‘battle for the cowl’ (more on this below) – partnering with the fifth Robin, Damien Wayne – following the events of Batman: R.I.P. and Final Crisis which end in the apparent death of Bruce Wayne. 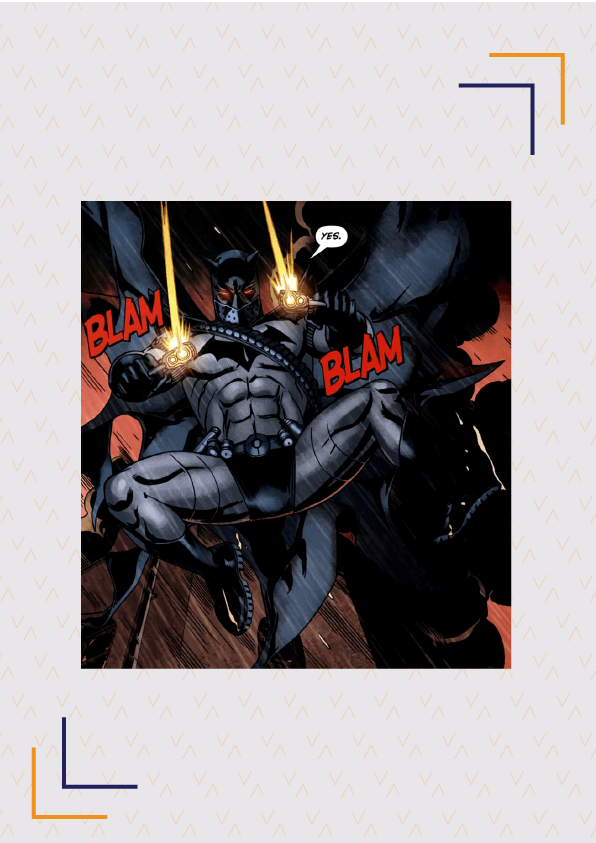 Created as no more than a storytelling device to fill the gap that was left after the first Robin, Dick Grayson left to become Nightwing, Jason Todd was drafted to become the second Robin, a reckless hero who was not too well received by many fans. It wasn’t many years later that Jason Todd was destined for a swift – albeit violent death – by a telephone poll conducted among readers. In the comics, Jason Todd was killed by the Joker in the 2012 A Death In the Family arc, but it was the fans who sealed his fate, in a classic example of a comic book character becoming a victim of ‘market forces’. Backlash followed, and Jason Todd was resurrected, thanks in part to Ra’s Al Ghul’s Lazarus Pit but mostly due to two storylines, Hush, and Under the Hood. Jason Todd, ex-second-Robin would come back as the villain Red Hood. Again, the second to bear this name. But the second Robin would be Batman before the first Robin, who in turn would be Batman after the third Robin had worn the Batsuit first. Confused? Comics can do that but bear with me.

2008’s Batman: R.I.P. story arc in which Batman (Bruce Wayne) is pitted against a criminal organisation called the Black Glove ends with Wayne dying in a helicopter crash-cum-explosion. Meanwhile, the events of the Final Crisis storyline in the same year present the possibility that Batman has in fact been killed by Darkseid. Either ways, Gotham City is left without a protector and Batman has not been seen in months, leaving the villains and criminals to do as they please until Jason Todd steps in – during the events of the Batman: Battle For The Cowl storyline – to fill the void as the Batman (because Dick Grayson is reluctant to). Ever reckless, now unhinged by his exposure to the Lazarus Pit, the Jason Todd Batman – wielding guns – is more violent, even shooting his victims to death. Even the fifth Robin, Damien Wayne almost falls victim to Batman’s bullets. It takes Tim Drake, the third Robin, to briefly don the Bat-suit (bonus Batman) and battle with the Jason Todd Batman to convince Dick Grayson to join the fight, defeat Jason Todd and become Batman once again. 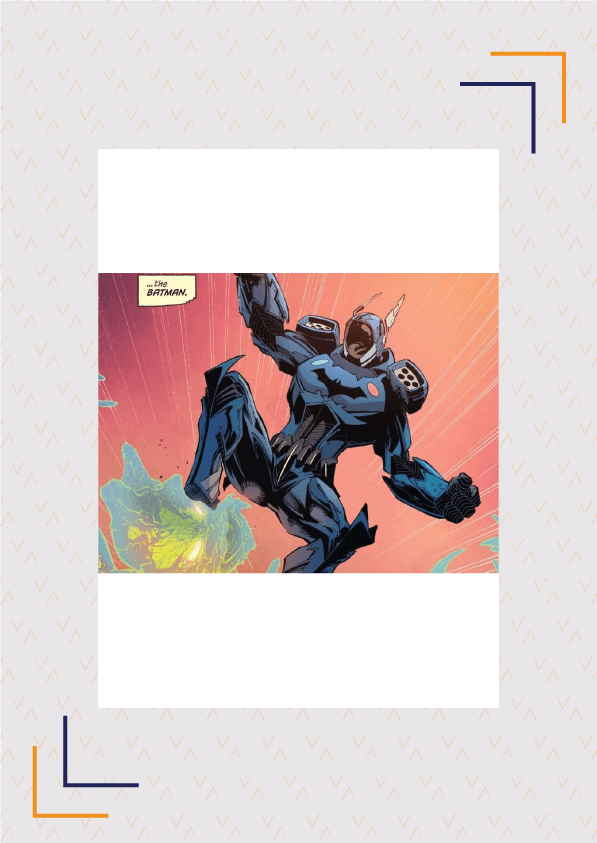 James Gordon was Batman? Commissioner James Gordon, the wizened police chief of Gotham City? Yes, the very same. In 2014’s storyline, The Joker: Endgame, the Dark Knight’s arch-nemesis Joker returns to Gotham City after his disappearance following the events of the aforementioned Death In The Family. The Joker: Endgame ends with the (apparent) death of both Batman and Joker and once again Gotham City finds itself without its protector. Enter Powers Industries which has been working on a mecha-style robotic suit for Batman.

But as the Batman: Superheavy storyline reveals, the Batman it was meant for was not Bruce Wayne, but James Gordon, identified by the GCPD and Power Industries as the best candidate to be Batman. Initially hesitant, Gordon agrees and some super-heavy training and surgical muscle implants later, Gordon dons the Bat-mecha-suit (that he nicknames ‘Rookie’) to protect Gotham City, soon learning that being a vigilante while operating within the law is not easy and a certain amount of freedom from not just the letter, but the spirit of the law is required if one is to be a good vigilante. 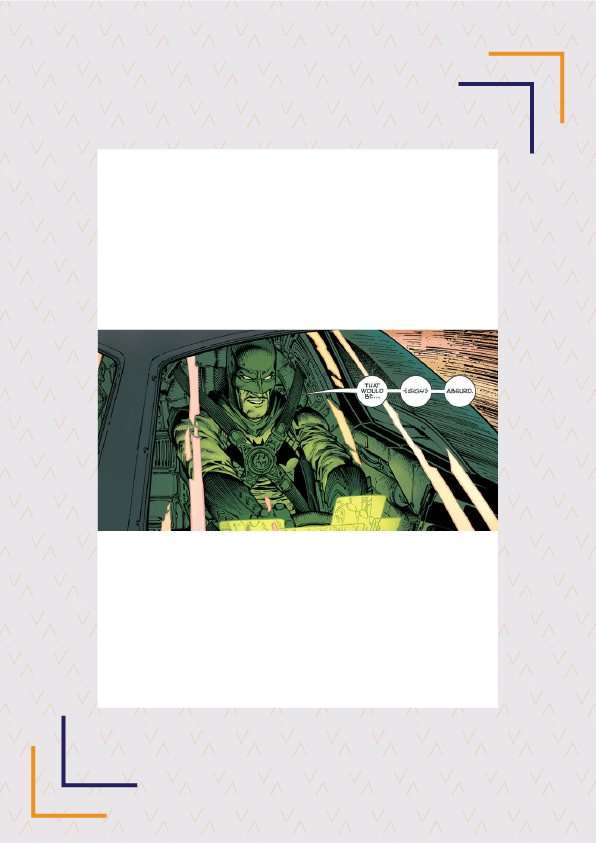 Batman. In army parlance, it means an officer’s personal servant. While Alfred may be Bruce Wayne’s butler, it was perhaps just fitting that Batman’s batman should be Batman albeit for a very brief while. Most recently, this happened in 2016, during DC’s Rebirth series. In Batman: Rebirth, the Bruce Wayne Batman finds himself fighting a hero-turned-villain called Gotham. During a particular sequence, Bruce Wayne decides that if he has to save Gotham (the city), he has to distract Gotham (the villain). And who else does he call upon to do this but dear ol’ Alfred, who in turn decides that the best distraction for a villain is Batman himself (in the Batmobile as a bonus). Absurd? Not quite!

Alfred’s plan to distract Gotham is simple. Drive the Batmobile straight into his vicinity creating enough distraction (and destruction) so as to give Bruce Wayne enough time to put his plan into action and reach the spot. But until he does, Alfred is Batman, getting out of the Batmobile and with a swagger worthy of Wayne himself, declaring to the stunned villain Gotham, “I’m Batman” before making the most epic bat-exit ever. 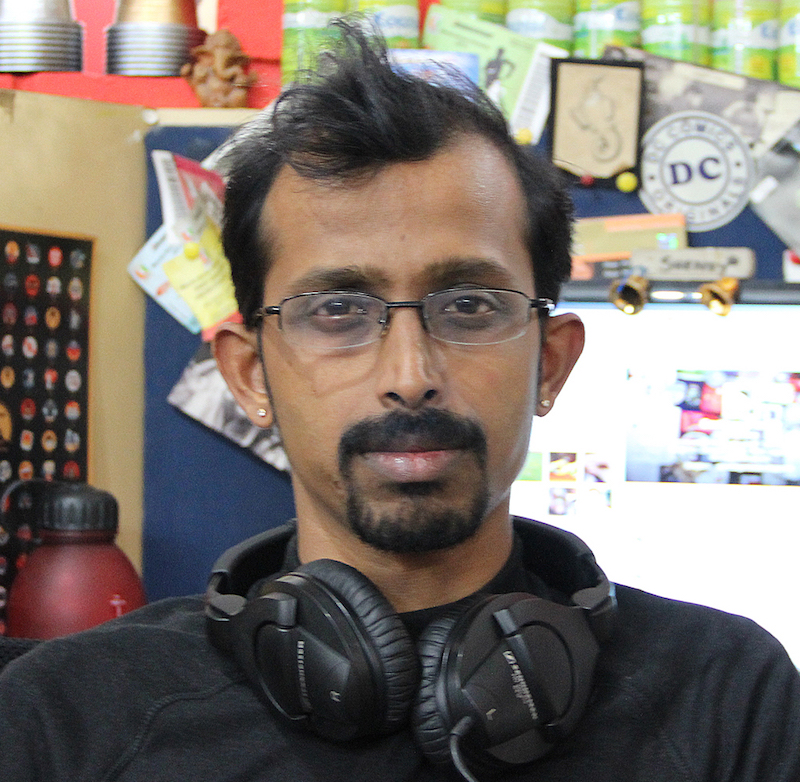